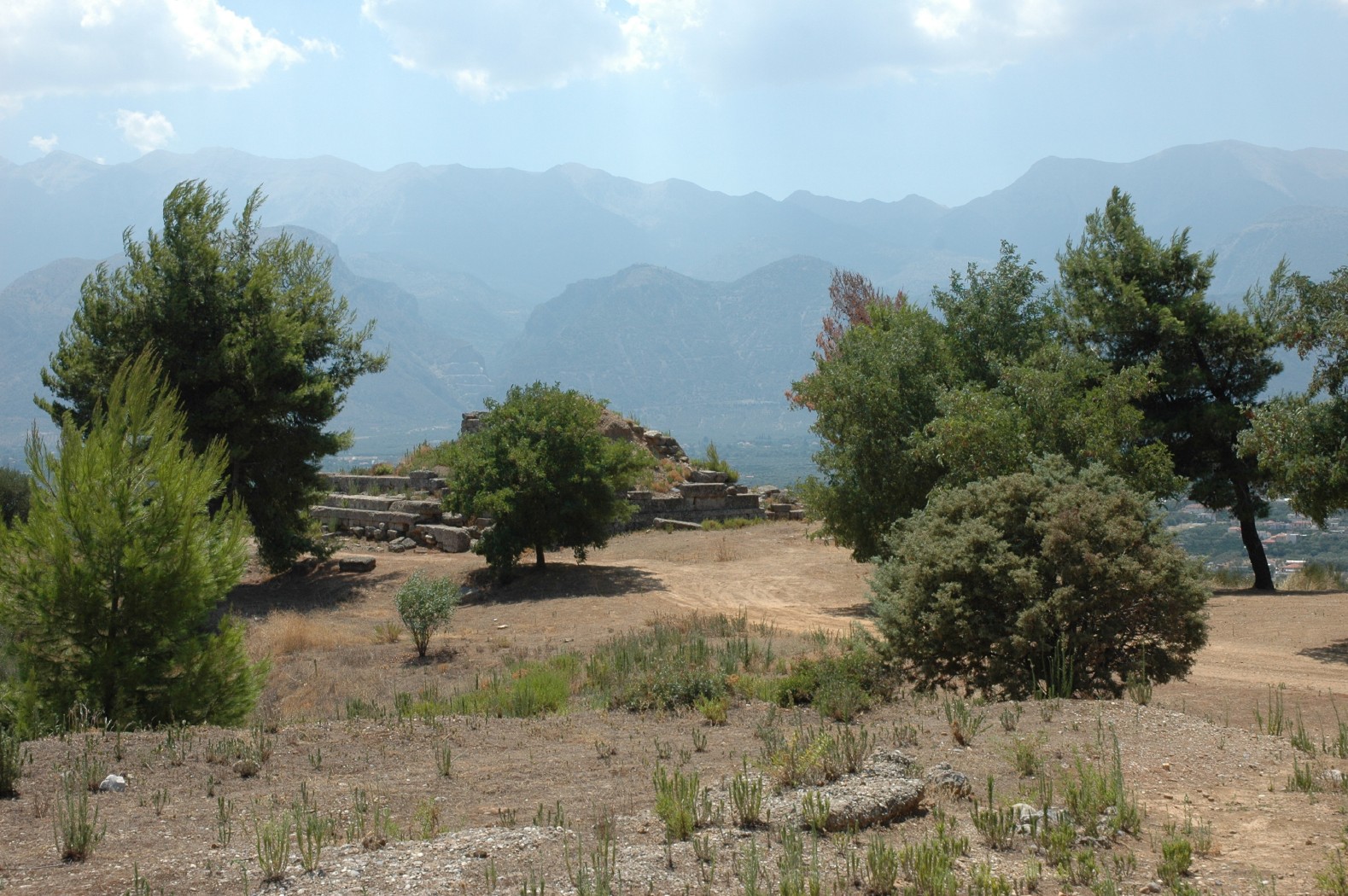 Sparta ( Doric Greek: Σπάρτα, ''Spártā'';
Attic Greek Attic Greek is the Greek dialect of the ancient region of Attica, including the '' polis'' of Athens. Often called classical Greek, it was the prestige dialect of the Greek world for centuries and remains the standard form of the language t ...
: Σπάρτη, ''Spártē'') was a prominent
city-state A city-state is an independent sovereign city which serves as the center of political, economic, and cultural life over its contiguous territory. They have existed in many parts of the world since the dawn of history, including cities such as ...
in Laconia, in
ancient Greece Ancient Greece ( el, Ἑλλάς, Hellás) was a northeastern Mediterranean civilization, existing from the Greek Dark Ages The term Greek Dark Ages refers to the period of Greek history from the end of the Mycenaean palatial civiliz ...
. In antiquity, the city-state was known as Lacedaemon (, ), while the name Sparta referred to its main settlement on the banks of the Eurotas River in Laconia, in south-eastern
Peloponnese The Peloponnese (), Peloponnesus (; el, Πελοπόννησος, Pelopónnēsos,(), or Morea is a peninsula A peninsula (; ) is a landform that extends from a mainland and is surrounded by water on most, but not all of its borders. A peni ...
. Around 650 BC, it rose to become the dominant military land-power in ancient Greece. Given its military pre-eminence, Sparta was recognized as the leading force of the unified Greek military during the
Greco-Persian Wars The Greco-Persian Wars (also often called the Persian Wars) were a series of conflicts between the Achaemenid Empire and Polis, Greek city-states that started in 499 BC and lasted until 449 BC. The collision between the fractious political world ...
, in rivalry with the rising naval power of
Athens Athens ( ; el, Αθήνα, Athína ; grc, Ἀθῆναι, Athênai (pl.) ) is both the capital city, capital and List of cities and towns in Greece, largest city of Greece. With a population close to four million, it is also the seventh List ...
. Sparta was the principal enemy of Athens during the Peloponnesian War (431–404 BC), from which it emerged victorious after the Battle of Aegospotami. The decisive
Battle of Leuctra The Battle of Leuctra ( grc-gre, Λεῦκτρα, ) was a battle fought on 6 July 371 BC between the Boeotians led by the Thebans, and the Spartans along with their allies amidst the post- Corinthian War conflict. The battle took place in the v ...
in 371 BC ended the
Spartan hegemony The polis of Sparta was the greatest military land power of classical Greek antiquity. During the Classical period, Sparta governed, dominated or influenced the entire Peloponnese. Additionally, the defeat of the Athenians and the Delian Le ...
, although the city-state maintained its political independence until its forced integration into the
Achaean League The Achaean League ( Greek: , ''Koinon ton Akhaion'' "League of Achaeans") was a Hellenistic-era confederation of Greek city states on the northern and central Peloponnese. The league was named after the region of Achaea in the northwestern ...
in 192 BC. The city nevertheless recovered much autonomy after the Roman conquest of Greece in 146 BC and prospered during the
Roman Empire The Roman Empire ( la, Imperium Romanum ; grc-gre, Βασιλεία τῶν Ῥωμαίων, Basileía tôn Rhōmaíōn) was the post-Roman Republic, Republican period of ancient Rome. As a polity, it included large territorial holdings aro ...
, as its antiquarian customs attracted many Roman tourists. However, Sparta was sacked in 396 AD by the Visigothic king Alaric, and underwent a long period of decline, especially in the
Middle Ages In the history of Europe, the Middle Ages or medieval period lasted approximately from the late 5th to the late 15th centuries, similar to the post-classical period of global history. It began with the fall of the Western Roman Empire ...
, when many of its citizens moved to Mystras. Modern Sparta is the capital of the southern Greek region of Laconia and a center for processing citrus and olives. Sparta was unique in ancient Greece for its social system and
constitution A constitution is the aggregate of fundamental principles or established precedents that constitute the legal basis of a polity, organisation or other type of entity An entity is something that exists as itself, as a subject or as an ...
, which were supposedly introduced by the semi-mythical legislator Lycurgus. His laws configured the Spartan society to maximize military proficiency at all costs, focusing all social institutions on military training and physical development. The inhabitants of Sparta were stratified as Spartiates (citizens with full rights), mothakes (free non-Spartiate people descended from Spartans), perioikoi (free non-Spartiates), and helots (state-owned enslaved non-Spartan locals). Spartiate men underwent the rigorous '' agoge'' training regimen, and Spartan phalanx brigades were widely considered to be among the best in battle. Spartan women enjoyed considerably more rights than elsewhere in
classical antiquity Classical antiquity (also the classical era, classical period or classical age) is the period of cultural history between the 8th century BC and the 5th century AD centred on the Mediterranean Sea, comprising the interlocking civilizations of ...
. Sparta was frequently a subject of fascination in its own day, as well as in Western culture following the revival of classical learning. The admiration of Sparta is known as Laconophilia. Bertrand Russell wrote:

Sparta had a double effect on Greek thought: through the reality, and through the myth.... The reality enabled the Spartans to defeat Athens in war; the myth influenced Plato's political theory, and that of countless subsequent writers.... heideals that it favors had a great part in framing the doctrines of Rousseau, Nietzsche, and National Socialism.

The earliest attested term referring to Lacedaemon is the
Mycenaean Greek Mycenaean Greek is the most ancient attested form of the Greek language Greek ( el, label= Modern Greek, Ελληνικά, Elliniká, ; grc, Ἑλληνική, Hellēnikḗ) is an independent branch of the Indo-European family of language ...
, ''ra-ke-da-mi-ni-jo'', "Lakedaimonian", written in
Linear B Linear B was a syllabic script used for writing in Mycenaean Greek, the earliest attested form of Greek. The script predates the Greek alphabet The Greek alphabet has been used to write the Greek language Greek ( el, label= Mode ...
syllabic script, the equivalent of the later Greek , ''Lakedaimonios'' (
Latin Latin (, or , ) is a classical language belonging to the Italic languages, Italic branch of the Indo-European languages. Latin was originally a dialect spoken in the lower Tiber area (then known as Latium) around present-day Rome, but through ...
: ''Lacedaemonius''). 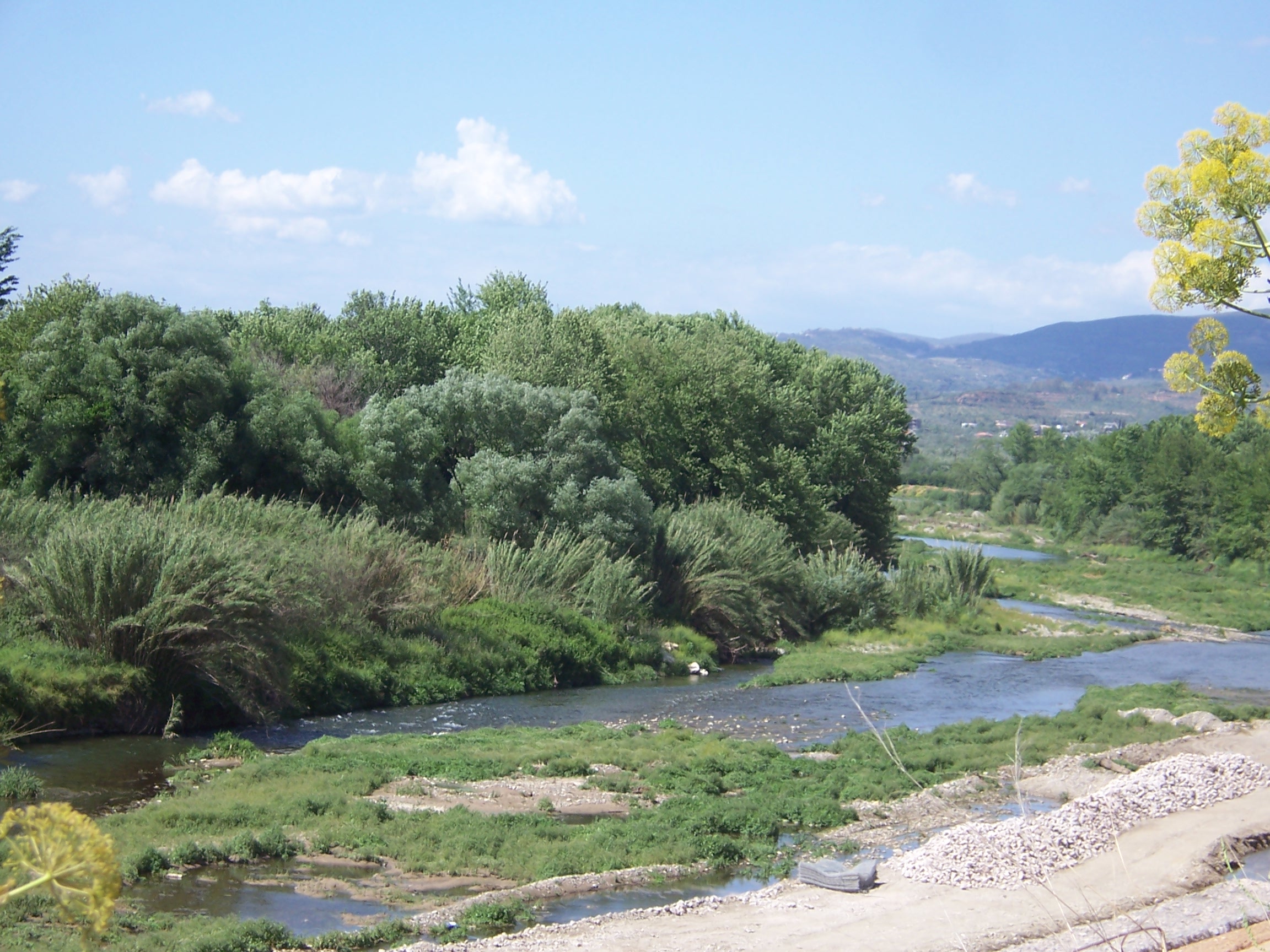 The ancient Greeks used one of three words to refer to the Spartan city-state and its location. First, "Sparta" refers primarily to the main cluster of settlements in the valley of the Eurotas River. The second word, "Lacedaemon" (), was often used as an adjective and is the name referenced in the works of
Homer Homer (; grc, Ὅμηρος , ''Hómēros'') (born ) was a Greek poet who is credited as the author of the '' Iliad'' and the '' Odyssey'', two epic poems that are foundational works of ancient Greek literature. Homer is considered one of ...
and the historians
Herodotus Herodotus ( ; grc, , }; BC) was an ancient Greek historian and geographer from the Greek city of Halicarnassus, part of the Persian Empire (now Bodrum, Turkey) and a later citizen of Thurii in modern Calabria ( Italy). He is known ...
and
Thucydides Thucydides (; grc, , }; BC) was an Athenian Athens ( ; el, Αθήνα, Athína ; grc, Ἀθῆναι, Athênai (pl.) ) is both the capital and largest city of Greece. With a population close to four million, it is also the seventh la ...
. The third term, "Laconice" (), referred to the immediate area around the town of Sparta, the plateau east of the Taygetos mountains, and sometimes to all the regions under direct Spartan control, including Messenia. Herodotus seems to use "Lacedaemon" for the
Mycenaean Greek Mycenaean Greek is the most ancient attested form of the Greek language Greek ( el, label= Modern Greek, Ελληνικά, Elliniká, ; grc, Ἑλληνική, Hellēnikḗ) is an independent branch of the Indo-European family of language ...
citadel at Therapne, in contrast to the lower town of Sparta. This term could be used synonymously with Sparta, but typically it denoted the terrain in which the city was located. In Homer it is typically combined with epithets of the countryside: wide, lovely, shining and most often hollow and broken (full of ravines), suggesting the Eurotas Valley. "Sparta" on the other hand is described as "the country of lovely women", an epithet for people. The residents of Sparta were often called Lacedaemonians. This epithet utilized the plural of the adjective Lacedaemonius (Greek: ; Latin: ''Lacedaemonii'', but also ''Lacedaemones''). The ancients sometimes used a back-formation, referring to the land of Lacedaemon as ''Lacedaemonian country''. As most words for "country" were feminine, the adjective was in the feminine: ''Lacedaemonia'' (, ''Lakedaimonia''). Eventually, the adjective came to be used alone. "Lacedaemonia" was not in general use during the classical period and before. It does occur in Greek as an equivalent of Laconia and Messenia during the Roman and early Byzantine periods, mostly in ethnographers and lexica of place names. For example,
Hesychius of Alexandria Hesychius of Alexandria ( grc, Ἡσύχιος ὁ Ἀλεξανδρεύς, Hēsýchios ho Alexandreús, lit=Hesychios the Alexandrian) was a Greek grammarian who, probably in the 5th or 6th century AD,E. Dickey, Ancient Greek Scholarship (20 ...
's ''Lexicon'' (5th century AD) defines Agiadae as a "place in Lacedaemonia" named after Agis. The actual transition may be captured by
Isidore of Seville Isidore of Seville ( la, Isidorus Hispalensis; c. 560 – 4 April 636) was a Spanish scholar, theologian, and archbishop of Seville. He is widely regarded, in the words of 19th-century historian Montalembert, as "the last scholar of ...
's ''Etymologiae'' (7th century AD), an etymological dictionary. Isidore relied heavily on Orosius' ''Historiarum Adversum Paganos'' (5th century AD) and Eusebius of Caesarea's '' Chronicon'' (early 5th century AD), as did Orosius. The latter defines Sparta to be ''Lacedaemonia Civitas'', but Isidore defines Lacedaemonia as founded by Lacedaemon, son of Semele, which is consistent with Eusebius' explanation. There is a rare use, perhaps the earliest of "Lacedaemonia", in
Diodorus Siculus Diodorus Siculus, or Diodorus of Sicily ( grc-gre, Διόδωρος ;  1st century BC), was an ancient Greek Ancient Greek includes the forms of the Greek language used in ancient Greece and the ancient world Ancient h ...
' The Library of History, but probably with (‘’chōra’’, "country") suppressed. Lakedaimona was until 2006 the name of a
province A province is almost always an administrative division within a country A country is a distinct part of the world, such as a state, nation A nation is a community of people formed on the basis of a combination of shared features ...
in the modern Greek prefecture of Laconia. 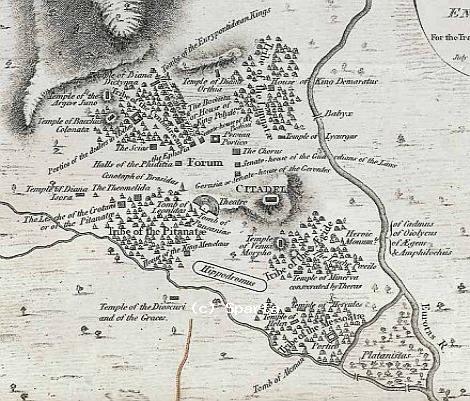 Sparta is located in the region of Laconia, in the south-eastern
Peloponnese The Peloponnese (), Peloponnesus (; el, Πελοπόννησος, Pelopónnēsos,(), or Morea is a peninsula A peninsula (; ) is a landform that extends from a mainland and is surrounded by water on most, but not all of its borders. A peni ...
. Ancient Sparta was built on the banks of the Eurotas River, the largest river of Laconia, which provided it with a source of fresh water. The valley of the Eurotas is a natural fortress, bounded to the west by Mt. Taygetus (2,407 m) and to the east by Mt. Parnon (1,935 m). To the north, Laconia is separated from Arcadia by hilly uplands reaching 1000 m in altitude. These natural defenses worked to Sparta's advantage and protected it from sacking and invasion. Though landlocked, Sparta had a vassal harbor, Gytheio, on the Laconian Gulf.

Lacedaemon (Greek: ) was a mythical king of Laconia. The son of
Zeus Zeus or , , ; grc, Δῐός, ''Diós'', label= genitive Boeotian Aeolic and Laconian grc-dor, Δεύς, Deús ; grc, Δέος, ''Déos'', label= genitive el, Δίας, ''Días'' () is the sky and thunder god in ancient Greek reli ...
by the nymph Taygete, he married Sparta, the daughter of Eurotas, by whom he became the father of Amyclas, Eurydice, and Asine. As king, he named his country after himself and the city after his wife.