A slide is a skateboarding trick where the skateboarder slides sideways either on the deck or on the wheels. 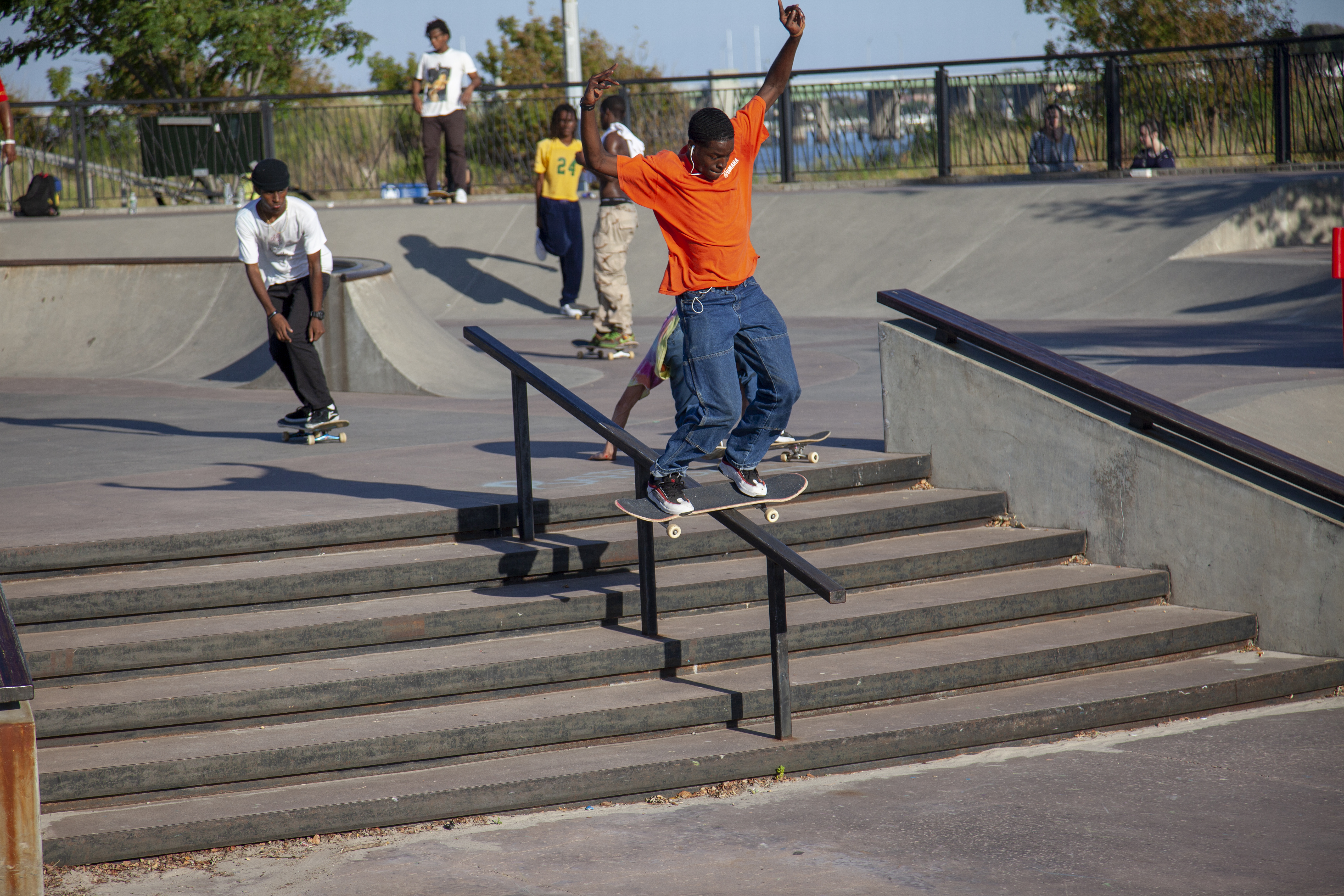 {{dynamic list ;Anti-Casper Slide :Performed by flipping the board into a nosecasper via half impossible and sliding on the nose in a nose casper position. ;Bananaslide :A combination of a tailslide and a nose slide between two obstacles at the same time. Rarely seen as not many obstacles allow you to do this trick ;Bertslide :A four-wheeled slide where the skateboarder puts one hand on the ground and rotates the board while it is still on the ground, effectively sliding on the wheels of the skateboard. The trick was named after the surfer Larry Bertlemann, who performed the trick in his surfing routine. It was then popularized by the Z-Boys, who adapted the move by extending the slide to 360 or even 540 degrees. ;Bluntslide :Performed by ollieing over/onto the obstacle and fitting the edge/rail between the tail and back truck of one's skateboard and sliding. Can be performed on flat ground (called a bluntstop) or downhill, possibly with only the tip of the board sliding on the street and all four wheels lifted. ;Boardslide, aka railslide :The board straddles the obstacle perpendicularly as the skateboarder slides along the center of the board. Most commonly when people refer to boardslides, it is a backside boardslide unless stated otherwise. The basic board slide also goes by many names, like: "back board," "bs board," "b-slide," and heavily depends on your vernacular. ;Casperslide :A casperslide is performed by flipping the board into an up-side down state with one foot on the bottom (now top) of the tail and the front foot underneath the front truck (griptape side) and sustaining momentum, thus sliding on the tip of the board's concave. It can be performed on rails (rarely done) or flat ground. Often Attributed to Rodney Mullen. ;Cess Slide :This is a four-wheeled slide performed on inclines, banks, ditches, and transition. most common riding frontside or straight up the transition. At the peak of momentum, the rider unweights the board and slides the back wheels up to 'catch up' with the rest of the body at 90 degrees. Then as the body's momentum returns, the rider pivots the back truck while sliding the front wheels 90 degrees back toward the bottom of the incline. Simply put, backside shred up, pivot back down. A fun lazy way of riding transition backside. if you ride up frontside, you do this trick in a backside 'alley-oop' fashion. This is also very common in backyard pool riding, due to the benefits of 'feeling' your way around the cement. ;Coleman Slide :This is where a rider wearing sliding gloves performs a frontside slide using their downhill hand with the glove to break the wheels free of traction while swinging the uphill hand close to the body to revert the board back from the initial slide in a pendulum motion. Named after slalom champion and sliding godfather Cliff Coleman, it is regarded as a staple trick in downhill sliding because it allows riders to see what is coming at them (objects, cars, hazards) all while in control, as well as allow them to slow down. A Coleman slide can also be used to initiate a frontside spin if the rider ends the slide at 180 degrees instead of swinging back to the original stance with a pendulum. If the rider flows into a backside slide with one smooth motion, it is possible to do 360 spins and more. ;Crail Slide :This is a tailslide where the skater grabs the nose of the board with the back hand while sliding. Usually performed on a ramp. It comes from the same idea as the more popular Lien Slide, in that in both tricks the skater grabs the board to help put it in position for the tailslide. Since the invention of the Ollie, it is more common to Ollie into a tailslide. ;Darkslide :The Dark slide is a seemingly complicated looking trick in which the rider approaches a ledge or rail and does a flip trick onto the obstacle so that the rider lands on the board upside down with their feet on the nose and the tail and slides across the obstacle. Generally a half-kickflip or half-heelflip is the flip trick used to get into a darkslide. Created by Mark Gonzales in 1991.