Sinaloa (), officially the Free and Sovereign State of Sinaloa ( es|Estado Libre y Soberano de Sinaloa), is one of the 32 states which comprise the Federal Entities of Mexico. It is divided into 18 municipalities and its capital city is Culiacán Rosales. It is located in Northwestern Mexico, and is bordered by the states of Sonora to the north, Chihuahua and Durango to the east (separated from them by the Sierra Madre Occidental) and Nayarit to the south. To the west, Sinaloa faces Baja California Sur across the Gulf of California. The state covers an area of , and includes the Islands of Palmito Verde, Palmito de la Virgen, Altamura, Santa María, Saliaca, Macapule and San Ignacio. In addition to the capital city, the state's important cities include Mazatlán and Los Mochis.

Prior to the coming of the Spaniards, much of Sinaloa was inhabited by the Cáhita peoples. In 1531, Nuño Beltrán de Guzmán with a force of over 10,000 men, defeated a force of 30,000 Cáhita warriors at the site of Culiacán. Beltrán de Guzmán established a Spanish and allied Indian outpost at San Miguel de Culiacán. Over the next decade, the Cahíta suffered severe depopulation from smallpox and other diseases the Spanish brought. The Spanish organized Sinaloa as part of the ''gobierno'' of Nueva Galicia. In 1564, the area was realigned: the area of Culiacán and Cosalá remained in control of Nueva Galicia, while the areas to the north, south and west were made part of the newly formed Nueva Vizcaya province, making the Culiacán area an exclave of Nueva Galicia. The first capital of Nueva Vizcaya was located in San Sebastián, near Copala, but the capital moved to Durango in 1583. Starting in 1599, Jesuit missionaries spread out from a base at what is now Sinaloa de Leyva and by 1610, the Spanish influence had been extended to the northern edge of Sinaloa. In 1601, the Jesuits' movement into the eastern part of Sinaloa led to the Acaxee going to war. The Spanish eventually managed to reassert authority in the Sierra Madre Occidental region and executed 48 Acaxee leaders. After Mexican independence, Sinaloa was joined with Sonora as Estado de Occidente, but became a separate, sovereign state in 1830.

The coastal plain is a narrow strip of land that stretches along the length of the state and lies between the Gulf of California and the foothills of the Sierra Madre Occidental mountain range, which dominates the eastern part of the state. Sinaloa is traversed by many rivers, which carve broad valleys into the foothills. The largest of these rivers are the Culiacán, Fuerte, and Sinaloa. Sinaloa has a warm climate on the coast; moderately warm climate in the valleys and foothills; moderately cold in the lower mountains, and cold in the higher elevations. Its weather characteristics vary from subtropical, found on coastal plains, to cold in the nearby mountains. Temperatures range from to with rain and thunderstorms during the rainy season (June to October) and dry conditions throughout most of the year. Its average annual precipitation is 790 millimetres. Numerous species of plants and animals are found within Sinaloa. Notable among the tree species is the elephant tree, ''Bursera microphylla''.

Culturally, the state is known for its popular styles of music banda and norteño. Sinaloa is the only place in the continent where the ancient Mesoamerican ballgame is still played, in a handful of small, rural communities not far from Mazatlán. The ritual ballgame was central in the society, religion and cosmology of all the great Mesoamerican cultures including the Mixtecs, Aztecs, and Maya. 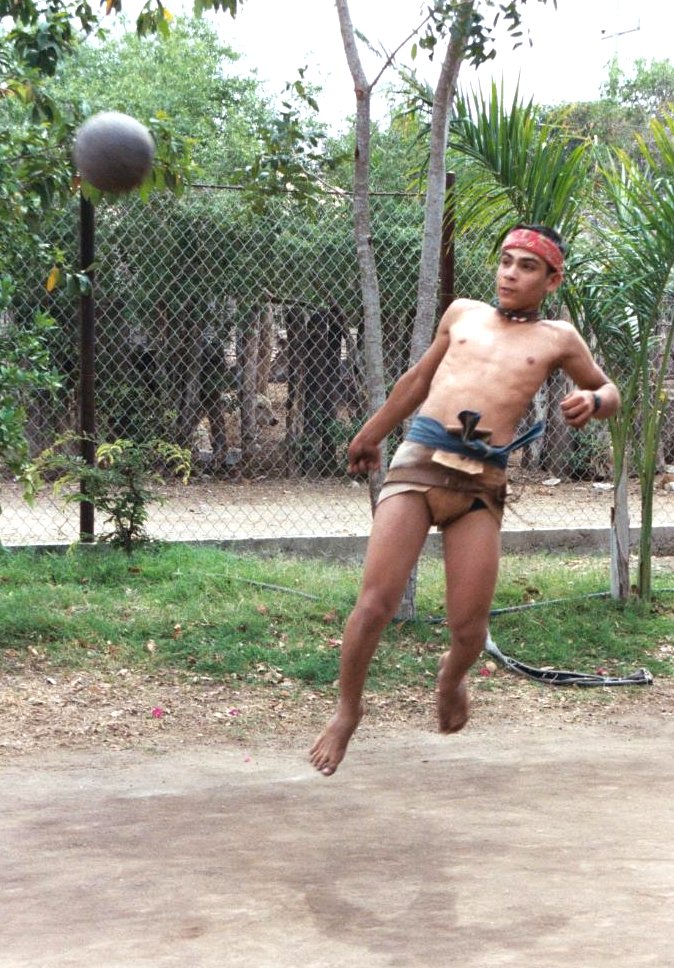 The Sinaloa version of the game is called ''ulama'' and is very similar to the original. There are efforts to preserve this 3500-year-old unique tradition by supporting the communities and children who play it. Its rich cuisine is well known for its variety particularly in regard to ''mariscos'' (seafood) and vegetables. Sushi is a popular dish here. Sinaloa is particularly famous for its Aguachile. Famous entertainers from Sinaloa include actor Pedro Infante and singer Ana Gabriel, born in Guamúchil; Lola Beltrán from Rosario, Cruz Lizárraga, the founder of Banda el Recodo, Jorge Orta, actress/comedian/singer Sheyla Tadeo, born in Culiacán; Sabine Moussier and actress/singer Lorena Herrera, born in Mazatlán. The Sinaloa Cartel (''Cártel de Sinaloa'' or ''CDS'') has significantly influenced the culture of Sinaloa. The cartel is reportedly the largest drug trafficking, money laundering and organized crime syndicate in the Americas; it is based in the city of Culiacán, Sinaloa.

According to the 2020 census, Sinaloa is home to 3,026,943 inhabitants, 60% of whom reside in the capital city of Culiacán and the municipalities of Mazatlán and Ahome. It is a young state in terms of population, 56% of which is younger than 30 years of age. Other demographic particulars report 87% of the state practices the Catholic faith. Also, 1% of those over five years of age speak an indigenous language alongside Spanish; the main indigenous ethnic group still residing in the state is the Mayo or "Yoreme" (Cáhita language) people. Life expectancy in the state follows the national tendency of higher rates for women than men, a difference of almost five years in the case of Sinaloa, at 72.5 and 77.4 years respectively. In ethnic composition, Sinaloa has received large historic waves of immigration from Europe (mainly Spain, the United Kingdom, Ireland, France, Germany, Austria, Italy and Russia) and Asia (mainly China, Japan and the Philippines). In recent years, retirees from the U.S., Canada and South America have arrived and made Sinaloa their home. There was also a sizable influx of Ashkenazi and Sephardic Jews in the first decades of the twentieth century. Greeks (ancestry from Greece) form a notable presence in Sinaloa, where one can find local cuisine with kalamari and a few Greek Orthodox churches along the state's coast. There is a sizable Arab Mexican community, mostly Lebanese and Syrian descent. It has one of the largest Arab populations in the country. Overall Sinaloa has one of the highest European Mexican rates in the whole country, estimated at 38%, although the Mexican Census didn't have a racial category count since 1921. Sinaloenses have moved to the United States in large numbers since 1970; a large community lives in the twin towns of Indio, California and Coachella, California about 25 miles east of Palm Springs, California in the desert resort industry.

Sinaloa is divided into 18 municipios (municipalities). See Municipalities of Sinaloa. The state's major cities include the capital and largest city, Culiacán. Also Mazatlán, which is a world-famous tourist resort and destination. Los Mochis, an agricultural hub in the Northwestern region of Mexico.

The main economic activities of Sinaloa are agriculture, fishing, livestock breeding, commerce and industry. The products obtained from these activities are used for both local and national consumption. Sinaloa has on its license plates the image of a Tomato, as the state is widely recognized for harvesting this particular fruit in great abundance from Los Mochis in the North to Culiacan in the Central region of the state. Agriculture produce aside from tomatoes include cotton, beans, corn, wheat, sorghum, potatoes, soybeans, mangos, sugarcane, peanuts and squash. Sinaloa is the most prominent state in Mexico in terms of agriculture and is known as "Mexico's breadbasket". Additionally, Sinaloa has the second largest fishing fleet in the country. Livestock produces meat, sausages, cheese, milk as well as sour cream.

The current governor of Sinaloa is Quirino Ordaz Coppel (PRI), elected for the period 2017–2022. The state is represented in the Mexican Congress by three Senators in the upper house and fourteen federal deputies in the lower house.