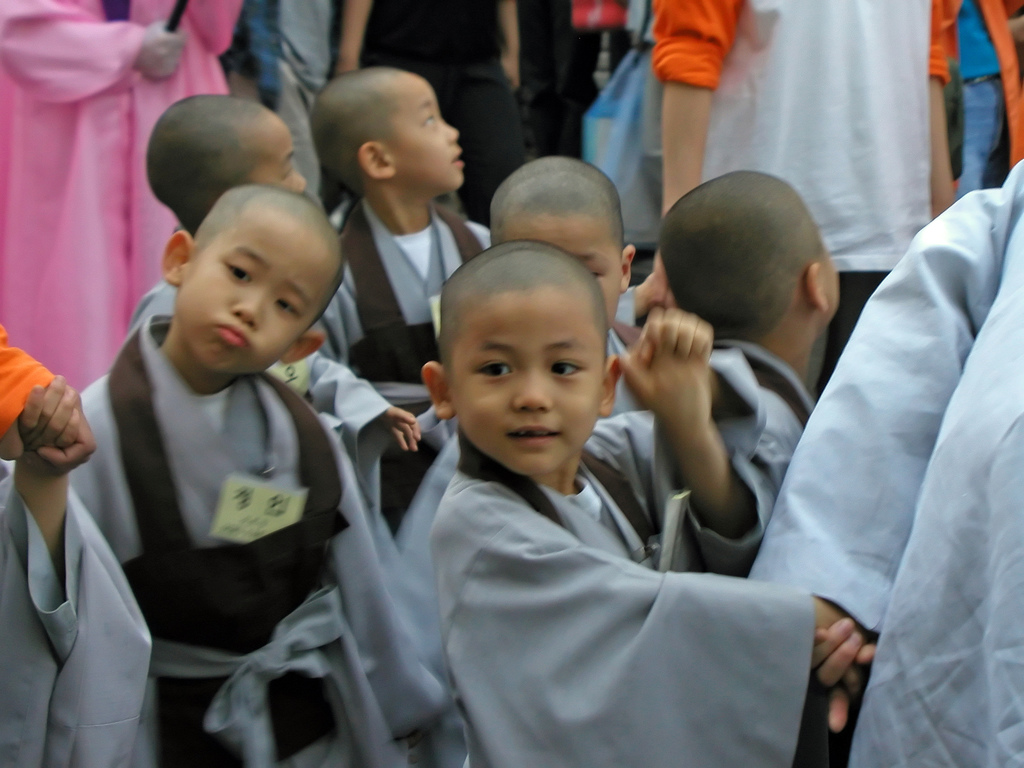 A sāmaṇera (
Pali Pali () is a Middle Indo-AryanIndo-Aryan refers to: * Indo-Aryan languages ** Indo-Aryan superstrate in Mitanni or Mitanni-Aryan * Indo-Aryan peoples, the various peoples speaking these languages See also *Aryan invasion theory (disambiguat ...
); sa, श्रामणेर (), is a novice male monastic in a
Buddhist Buddhism (, ) is the world's fourth-largest religion Religion is a - of designated and practices, , s, s, , , , , or , that relates humanity to , , and elements; however, there is no scholarly consensus over what precisely constitu ... 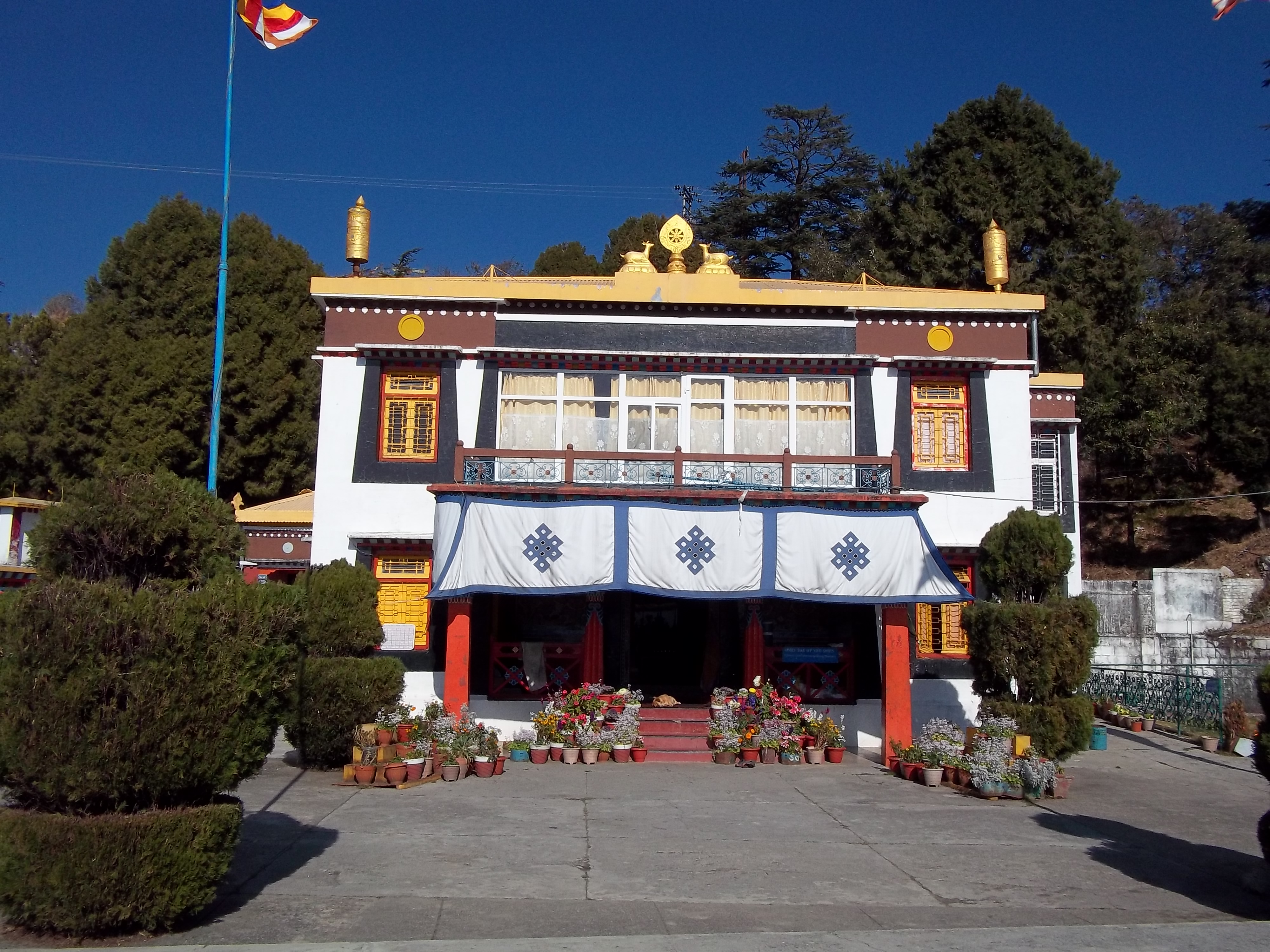 context. A female novice is a ''śrāmaṇerī'' or ''śrāmaṇerikā'' (
Sanskrit Sanskrit (; attributively , ; nominalization, nominally , , ) is a classical language of South Asia that belongs to the Indo-Aryan languages, Indo-Aryan branch of the Indo-European languages. It arose in South Asia after its predecessor langua ... 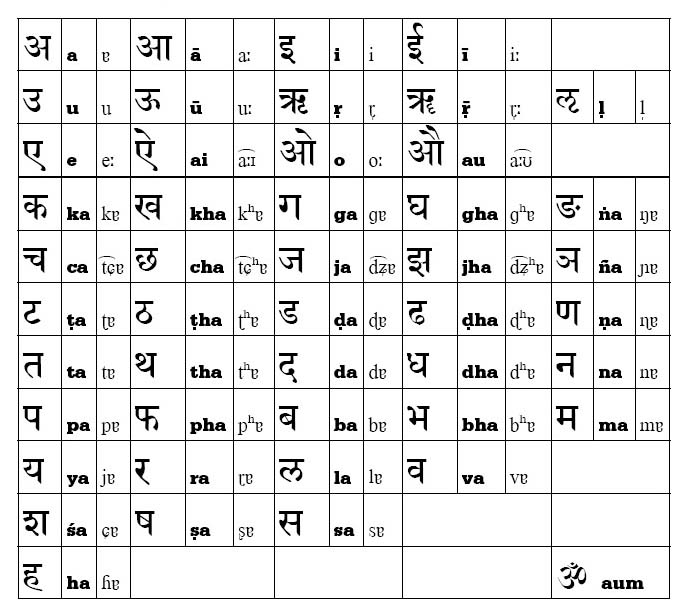 ;
Pāli Pali () is a Middle Indo-Aryan languages, Indo-Aryan liturgical language native to the Indian subcontinent. It is widely studied because it is the language of the ''Pāli Canon'' or ''Tripiṭaka, Tipiṭaka'' as well as the sacred language ...
: ''sāmaṇerī'').

The ''sāmaṇera'' is a Pali language diminutive equivalent to the Sanskrit term ''śrāmaṇera'', which indicates an ascetic practitioner. Therefore, sāmaṇera might be said to mean "small or young renunciate". In some South and Southeast Asian Buddhist traditions, the term refers to someone who has taken the initial pravrajya vows but not the upasampada or full ordination. The
pratimokṣa The Pratimokṣa ( sa, प्रातिमोक्ष, prātimokṣa) is a list of rules (contained within the ''vinaya The Vinaya (Pali Pali () is a Middle Indo-Aryan liturgical language native to the Indian subcontinent. It is w ...
rules do not apply to them and they do not take part in the recital of the rules on
uposatha The Uposatha ( sa, Upavasatha) is a Buddhist Buddhism (, ) is the world's fourth-largest religion Religion is a social system, social-cultural system of designated religious behaviour, behaviors and practices, morality, morals, belie ...
days. The Sanskrit word ''śrāmaṇerikā'' is the feminine form of ''śrāmaṇera''.

The account provided in the literature of South Asian Buddhism (and adopted by other Buddhist sects) is that when
Gautama Buddha Gautama Buddha, popularly known as the Buddha (also known as Siddhattha Gotama or Siddhārtha Gautama or Buddha Shakyamuni), was an , a religious leader and teacher who lived in (c. 6th to 5th century BCE or c. 5th to 4th century BCE). He ...

and asked him to ordain Rāhula, who became the first sāmaṇera. 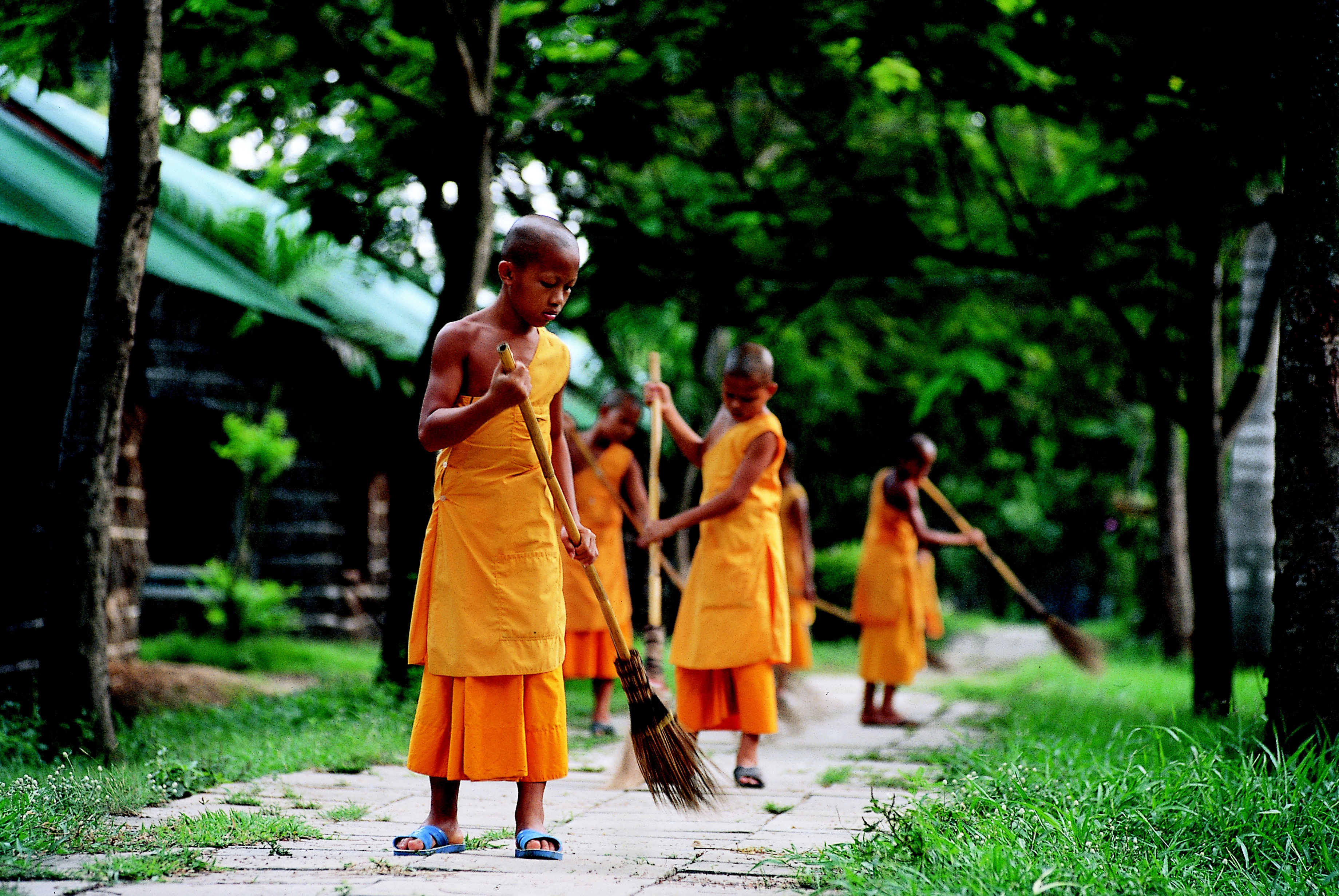 In the Vinaya (monastic regulations) used by many South Asian Buddhist sects, a man under the age of 20 cannot ordain as a bhikṣu (monk) but can ordain as a sāmaṇera. Sāmaṇeras (and sāmaṇerīs – the equivalent term for girls) keep the Ten Precepts as their code of behaviour and devote themselves to the religious life during breaks from secular schooling, or in conjunction with it if devoted to formal ordination. In other cultures and Buddhist traditions (particularly North East Asia, and those in the West that derive from these lineages), monks take different sets of vows, and follow different customary rules. The Ten Precepts upheld by sāmaṇeras are: #Refrain from killing living things. #Refrain from stealing. #Refrain from unchastity (sensuality, sexuality, lust). #Refrain from lying. #Refrain from taking intoxicants. #Refrain from taking food at inappropriate times (after noon). #Refrain from singing, dancing, playing music or attending entertainment programs (performances). #Refrain from wearing perfume, cosmetics and
garland A garland is a decorative braid, knot or wreath of flowers, leaves, or other material. Garlands can be worn on the head or around the neck, hung on an inanimate object, or laid in a place of cultural or religious importance. garlands on a Christma ... 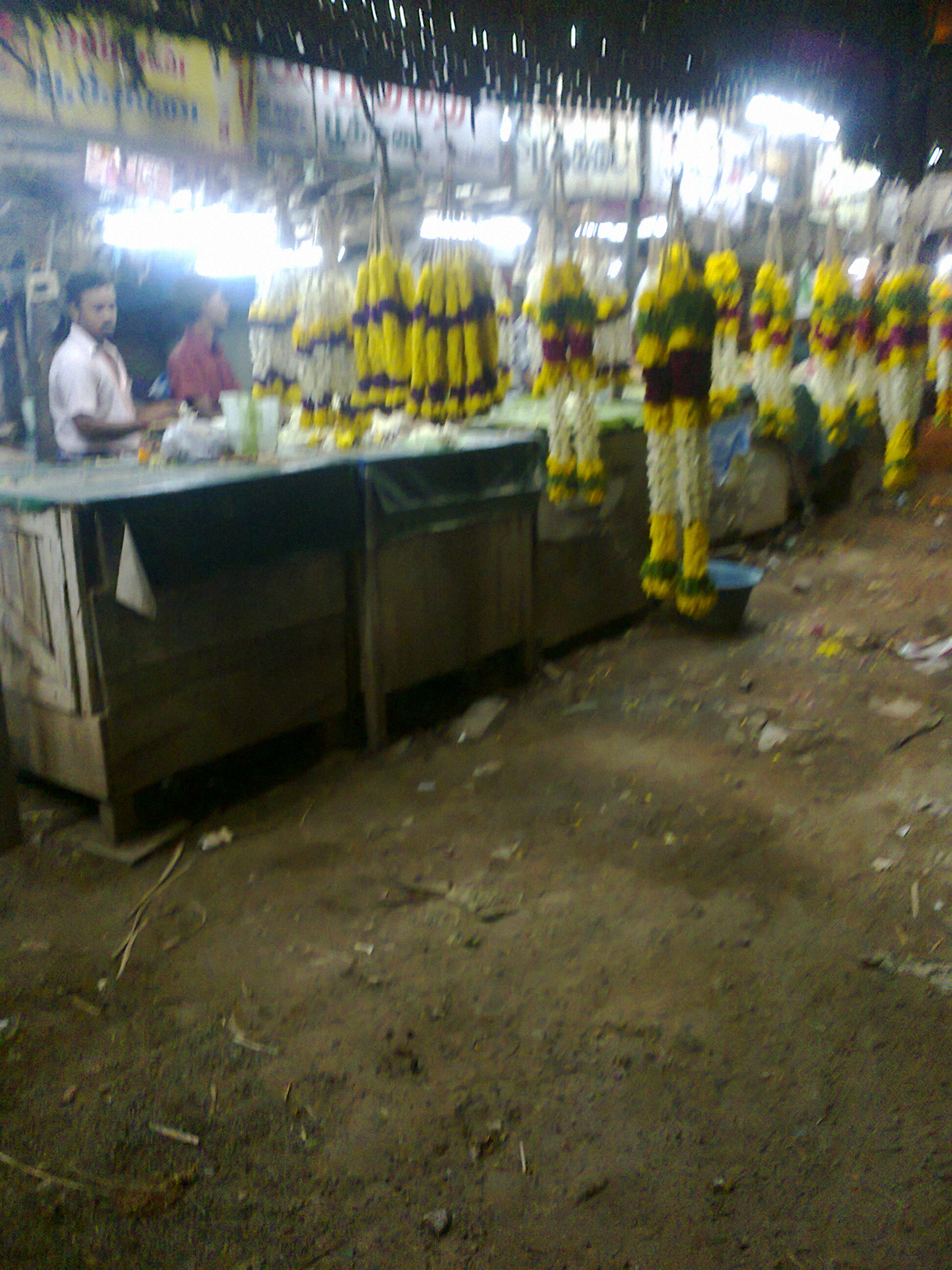 After a year or at the age of 20, a sāmaṇera will be considered for the upasampada or higher ordination as a bhikṣu. Some monasteries will require people who want to ordain as a monk to be a novice for a set period of time, as a period of preparation and familiarization.

A woman is to be ordained, according to the traditional
vinaya The Vinaya (Pali Pali () is a Middle Indo-Aryan liturgical language native to the Indian subcontinent. It is widely studied because it is the language of the ''Pāli Canon The Pāli Canon is the standard collection of scripture ...

s, by both a monk and a nun, first as a śrāmaṇerī. Śrāmaṇeras and śrāmaṇerīs keep the Ten Precepts as their code of behaviour, and are devoted to the Buddhist religious life during a break from secular schooling, or in conjunction with it if devoted to formal ordination. After a year or at the age of 20, she will be ordained as a full bhikṣuṇī (Pali: ''
bhikkhunī A bhikkhunī (Pali) or bhikṣuṇī (Sanskrit) is a fully ordained Nun, female monastic in Buddhism. Male monastics are called bhikkhus. Both bhikkhunis and bhikkhus live by the Vinaya, a set of rules. Until recently, the lineages of female ...
'').

* Anagarika * International Congress on Buddhist Women's Role in the Sangha *
Maechi Maechi or Mae chee ( th, แม่ชี; ) are Buddhist laywomen in Thailand Thailand ( th, ประเทศไทย), historically known as Siam, () officially the Kingdom of Thailand, is a country in Southeast Asia Southeast ...
*
Nun A nun is a woman who vows to dedicate her life to religious service, typically living under vows of poverty, chastity, and obedience The three evangelical counsels or counsels of perfection in Christianity Christianity is an Abrahamic rel ...

* World Buddhist Sangha Council *
Ordination Ordination is the process by which individuals are , that is, set apart and elevated from the class to the , who are thus then (usually by the composed of other clergy) to perform various religious . The process and ceremonies of ordination va ...

*
Sangha Sangha is a Sanskrit Sanskrit (, attributively , ''saṃskṛta-'', nominalization, nominally , ''saṃskṛtam'') is a classical language of South Asia belonging to the Indo-Aryan languages, Indo-Aryan branch of the Indo-European langua ...

* Poy Sang Long *
Shinbyu Shinbyu (; , also spelt shinpyu) is the Burmese term for a novitiate, novitiation ceremony (pabbajja) in the tradition of Theravada, Theravada Buddhism, referring to the celebrations marking the Śrāmaṇera, sāmaṇera (novitiate) monastic ordin ...
*
ŚikṣamāṇāIn Buddhism Buddhism (, ) is the Major religious groups#Largest religions, world's fourth-largest religion with over 520 million followers, or over 7% of the global population, known as Buddhists. Buddhism encompasses a variety of traditions, b ...
*
Unsui ''Unsui'' ( ja, 雲水), or ''kōun ryūsui'' () in full, is a term specific to Zen Buddhism Zen ( zh, t=禪, p=Chán; ja, text= 禅, translit=zen; ko, text=선, translit=Seon; vi, text=Thiền) is a school A school is an educ ...