Sai Jinhua (; "Prettier Than Golden Flower"; circa 1872-1936) was a Chinese courtesan who became the acquaintance of Alfred von Waldersee. Her real family name was Cao. Sometimes she said her family name was Zhao. During her career as a courtesan she used the names Fu Caiyun (), Sai Jinhua, and Cao Menglan (). Her art name (''hao'') was Weizhao Lingfei (). Some people referred to her as Sai Erye (, "Second Master Sai"). Wenxian Zhang, author of an encyclopedia article on Sai Jinhua, wrote that she "was regarded by some as a cross-cultural courtesan." Wan Xianchu, an author of an encyclopedia article on Sai Jinhua, wrote that "regardless of whether Sai Jinhua's role in China's foreign relations may have been exaggerated and despite the controversies surrounding her conduct and affairs, she lived a tough and spectacular life that has assured her a place in the modern history of China." 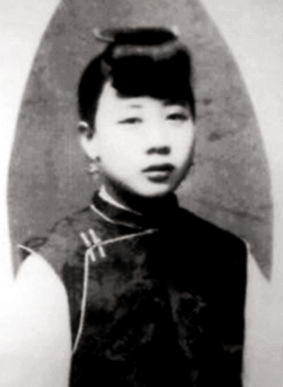 Sai Jinhua was allegedly born with the name Zhao Lingfei () on October 9, 1872. Sai Jinhua was from Yancheng, Jiangsu and she lived in Suzhou as a child.