Rugby is a
constituency An electoral district, also known as an election district, legislative district, voting district, constituency, riding, ward, division, or (election) precinct is a subdivision of a larger state (a country A country is a distinct part o ...
represented in the
House of Commons The House of Commons is the name for the elected lower house of the bicameral parliaments of the United Kingdom and Canada. In both of these countries, the Commons holds much more legislative power than the nominally upper house of parliament. T ...
of the
UK Parliament The Parliament of the United Kingdom is the Parliamentary sovereignty in the United Kingdom, supreme Legislature, legislative body of the United Kingdom, the Crown Dependencies and the British Overseas Territories. It meets at the Palace of We ...
since its 2010 recreation by Mark Pawsey, a
Conservative Conservatism is a Philosophy of culture, cultural, Social philosophy, social, and political philosophy that seeks to promote and to preserve traditional institutions, practices, and values. The central tenets of conservatism may vary in r ...
.

1885–1918: The Petty Sessional Divisions of Rugby, Southam, Burton Dassett and Kingston, and Kenilworth (except the parishes of Lillington and Milverton). 1918–1945: The Rural Districts of Farnborough, Monks Kirby, Rugby and Southam, the Rural District of Brailes (except the parishes of Ilmington and Stretton-on-Fosse), the parishes of Charlcote, Combrook, Compton Verney, Eatington, Kineton, Loxley, Moreton Morrell, Newbold Pacey, Wellesbourne Hastings and Wellesbourne Mountford in the Rural District of Stratford-on-Avon, and the Urban District of Rugby. 1945–1950: 1950–1974: The Municipal Borough of Rugby and the Rural District of Rugby. 1974–1983: The borough of Rugby and the rural district of Rugby as altered by The West Midlands Order 1965 and The Coventry Order 1965. 2010-: The Borough of Nuneaton and Bedworth ward of Bulkington, and the Borough of Rugby wards of Admirals, Avon and Swift, Benn, Bilton, Brownsover North, Brownsover South, Caldecott, Earl Craven and Wolston, Eastlands, Fosse, Hillmorton, Lawford and King's Newnham, New Bilton, Newbold, Overslade, Paddox, and Wolvey. Between 1950 and 1979, Rugby was a consistent Labour-Conservative marginal, often bucking the national swing (for example, William Price held the seat for Labour with an increased majority in
1970 Events January * January 1 – Unix time epoch reached at 00:00:00 UTC. * January 5 – The 7.1 1970 Tonghai earthquake, Tonghai earthquake shakes Tonghai County, Yunnan province, China, with a maximum Mercalli intensity scale, Mercalli i ...
while the Wilson government was defeated). Since its recreation in
2010 File:2010 Events Collage New.png, From top left, clockwise: The 2010 Chile earthquake was one of the strongest recorded in history; The 2010 eruptions of Eyjafjallajökull, Eruption of Eyjafjallajökull in Iceland disrupts air travel in Europe; A ...
, the seat has produced solid Conservative majorities.

The constituency consists of Census Output Areas of two local government districts with similar characteristics and that forming the bulk has a working population whose income is slightly above to the national average and lower than average reliance upon
social housing Public housing is a form of housing tenure in which the property is usually owned by a government authorities, government authority, either central or local. Although the common goal of public housing is to provide affordable housing, the d ...
. At the end of 2012 the unemployment rate in the constituency stood as 2.3% of the population claiming jobseekers allowance, compared to the regional average of 4.4%. The borough contributing to the bulk of the seat has a quite low 17.5% of its population without a car, 19.6% of the population without qualifications contrasted with a high 28.2% with level 4 qualifications or above by way of illustration. In terms of tenure 69.5% of homes are owned outright or on a mortgage as at the 2011 census across the district. 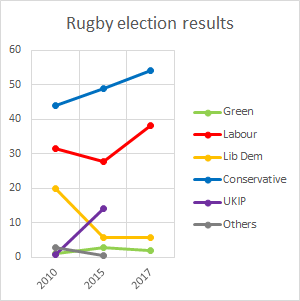 General Election 1939–40: Another general election was required to take place before the end of 1940. The political parties had been making preparations for an election to take place from 1939 and by the end of this year, the following candidates had been selected; *Conservative: David Margesson *Liberal: M E Avery *Labour: A E Millett