In February 1911 Belgian pilot Charles Van Den Born was responsible for the first aircraft demonstration in Siam at Bangkok's Sapathum Horse Racing Course. King Rama VI was sufficiently impressed that on 28 February 1912 he sent three Army officers to France to learn to fly. After receiving their wings and qualification, the officers returned to Siam in November 1913, bringing with them eight aircraft: four Breguets and four Nieuport IVs), which formed the nucleus for the Aviation Section of the Army Engineering Division. In March 1914, they moved from Sapathum to Don Muang, north of Bangkok and it became the Royal Siamese Flying Corps under the Department of the Army Engineer Inspector General. Prince Purachatra Jayakara, Commander of the Army Engineers, and his brother Prince Chakrabongse Bhuvanath, were instrumental in the development of the Royal Siamese Aeronautical Service as it was renamed on 19 March 1919. In October 1936, it became an independent service and was renamed the Royal Siamese Air Force in March 1937. Two years later, when the kingdom was renamed Thailand, it became the Royal Thai Air Force. The Air Force during the years before the Second World War was a moderately-well equipped force made up of a mixture of French, American, and Japanese types. During the French-Thai War, the Thai Air Force achieved several air-to-air-victories in dogfights against the Vichy Armée de l'Air. During World War II, the Thai Air Force supported the Royal Thai Army in its occupation of the Shan States of Burma as somewhat reluctant allies of the Japanese and took part in the defense of Bangkok against allied air raids in the latter part of the war, achieving some successes against state-of-the-art aircraft like the P-51 Mustang and the B-29 Superfortress. During these times, the RTAF was actively supplied by the Japanese with Imperial Japanese Army Air Force aircraft such as the Ki-43 "Oscar," and the Ki-27 "Nate." Other RTAF personnel took an active part the anti-Japanese resistance movement. The Thai Air Force sent three C-47 Skytrains to support the United Nations in the Korean War. The Wings Unit, operating the C-47, also joined the anti-communist forces in the Vietnam War. Following the end of the Vietnam War in April 1975 the Thai Air Force took possession of 117 aircraft of the former South Vietnamese, Cambodian and Laotian air forces that had evacuated to Thailand. Along the border, the Thai Air Force launched many operations against communist forces, including the Ban Nam Ta Airfield Raid in Laos, and clashes between Thai and communist Vietnamese troops along the Thai-Cambodian border. In addition to the F-5E and F-5F fighter-bombers, OV-10C Bronco counterinsurgency aircraft, transports, and helicopters were added to the RTAF inventory. In 1985 the United States Congress authorized the sale of the F-16 fighter to Thailand. When the Cold War ended, the Thai Air Force participated in Operation Border Post 9631 along the Thai-Burmese border in 1999, and launched the evacuation of foreigners during the 2003 Phnom Penh riots in Cambodia. 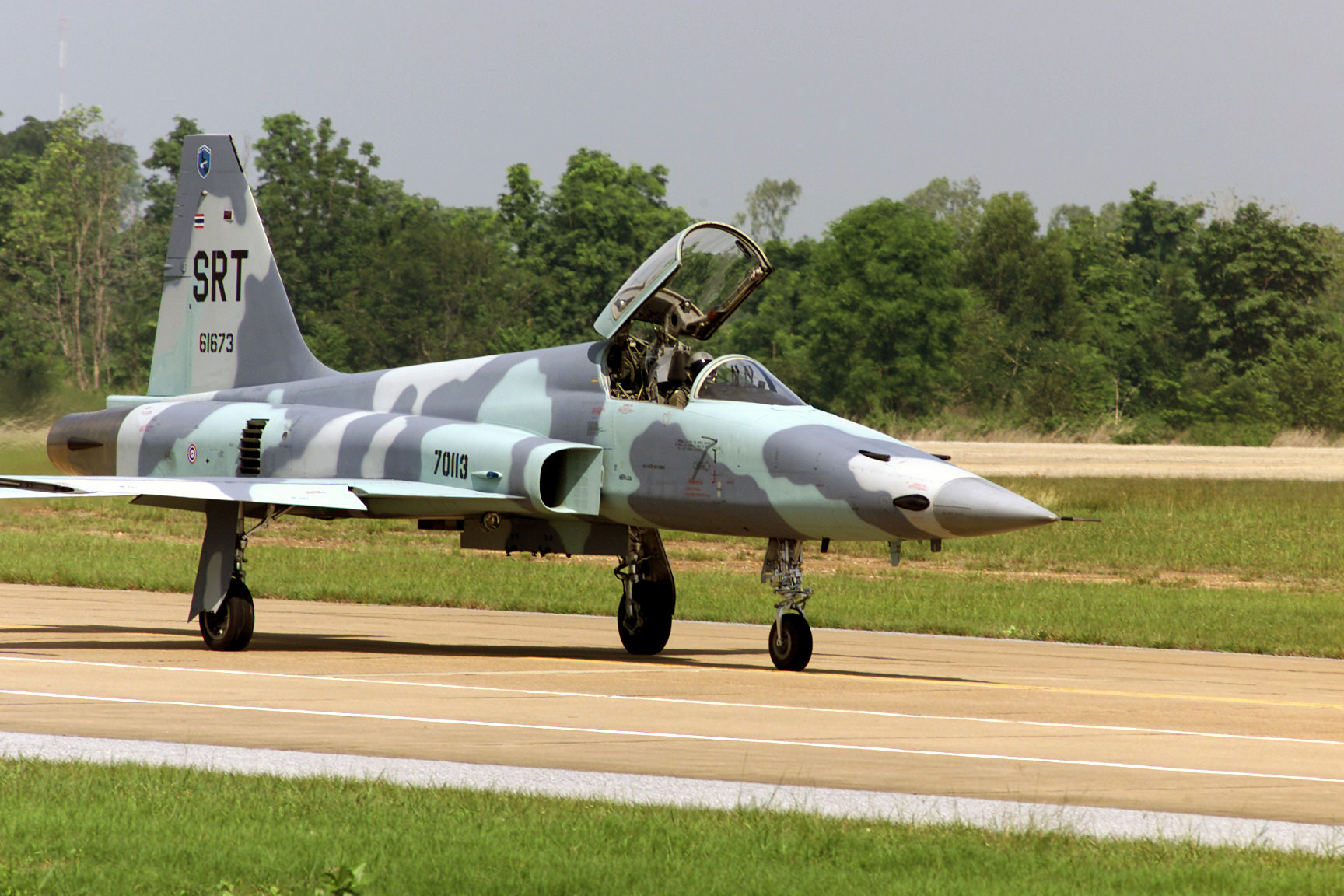 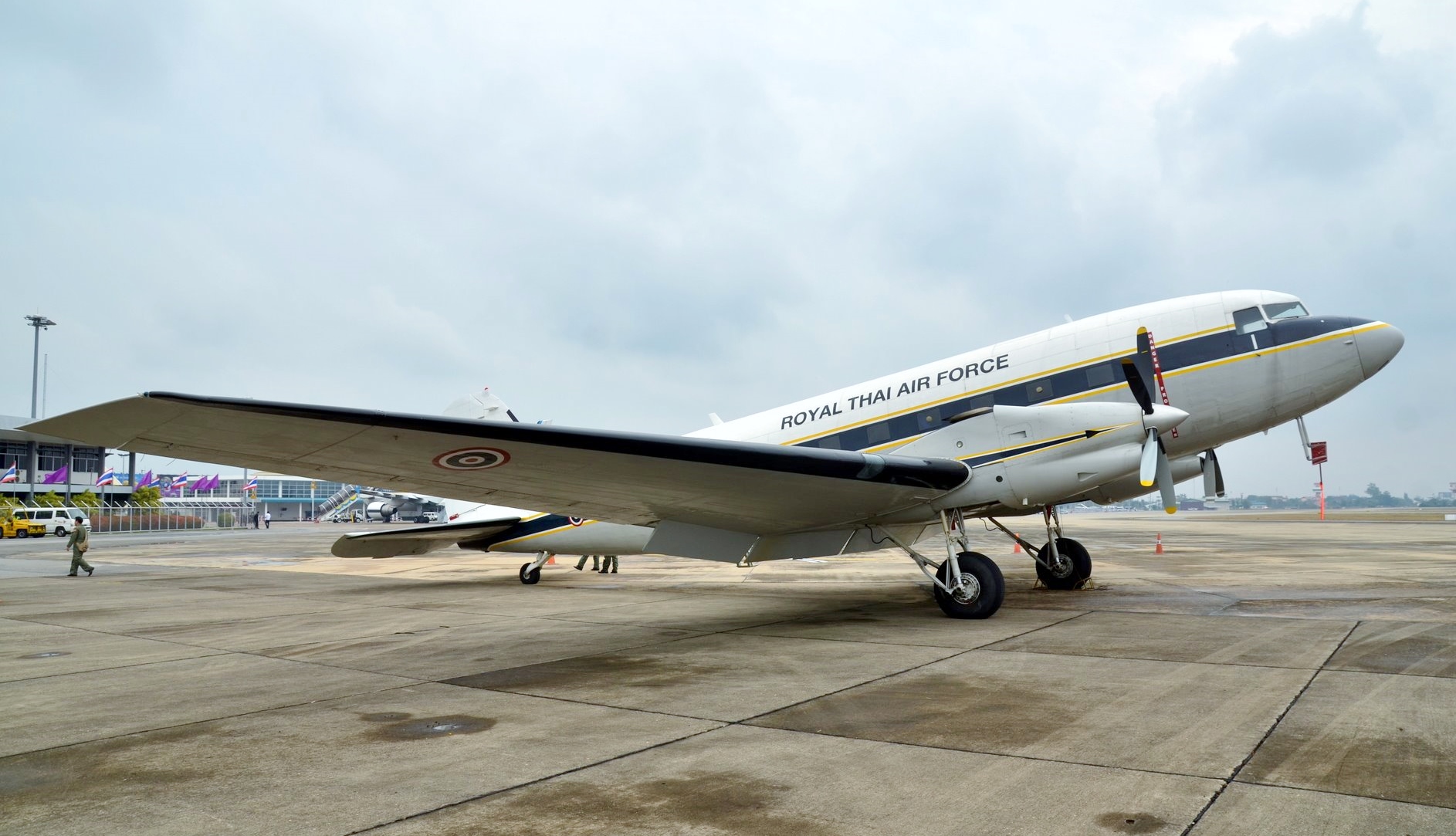 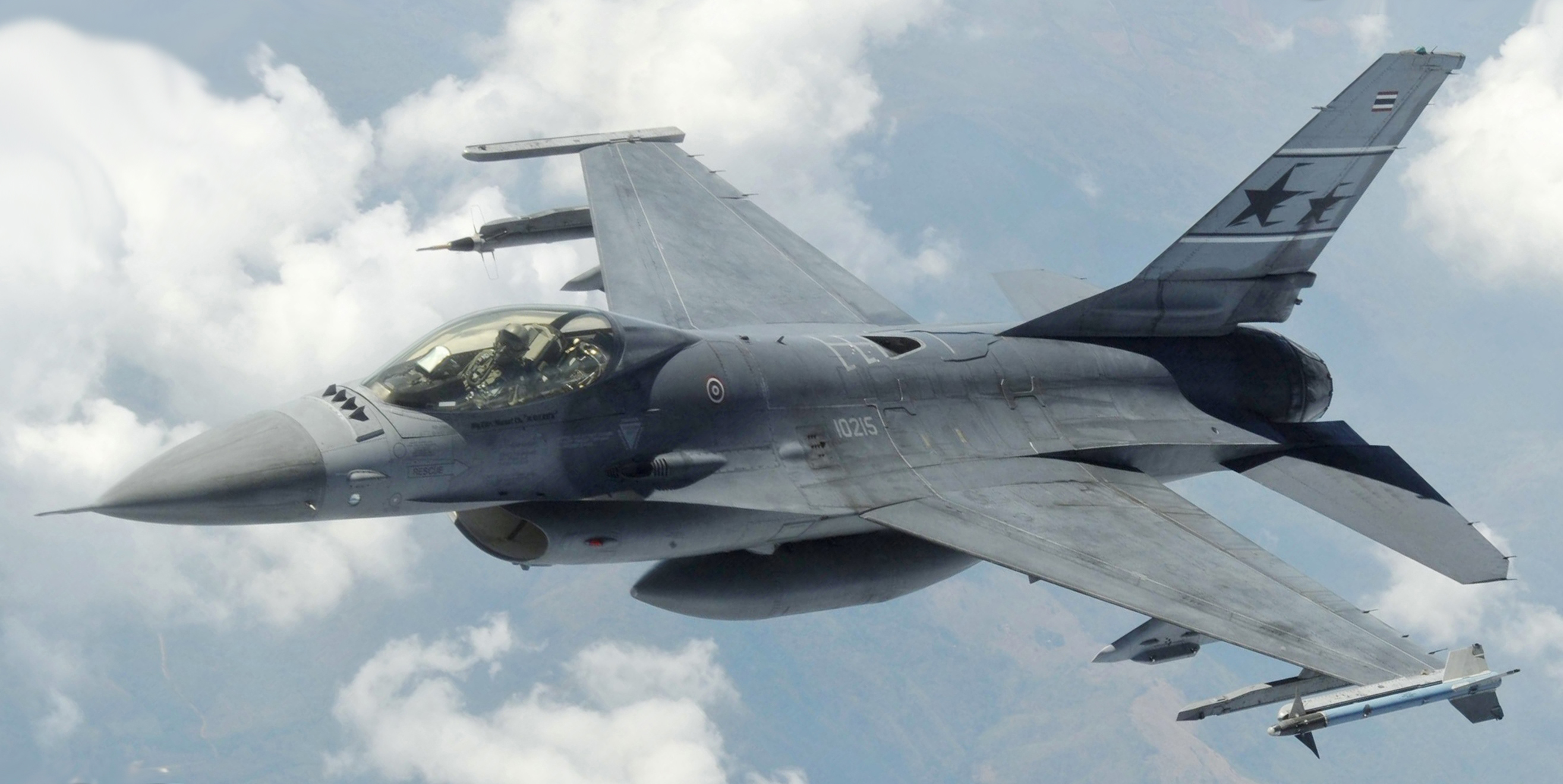 The following squadrons are currently active with the Royal Thai Air Force.

The RTAF Security Force Command () is a Division size unit in the Royal Thai Air Force. It has been in existence since 1937. They are based near Don Mueang International Airport. The RTAF Security Force Command is the main ground forces which providing Infantry for protecting air bases and high value assets, Special forces, Combat Controller (CCT), Combat Rescue Officer (CRO), Pararescue, Tactical Air Control Party, and anti-hijacking capabilities. Royal Thai Air Force Security Force Command consist of 3 main Regiments and multiple support units. Additionally,air base protection Battalions and Anti-aircraft Battalions are each assigned to every air base of the RTAF.

The Royal Thai Air Force maintains a number of modern bases which were constructed between 1954 and 1968, have permanent buildings and ground support equipment. All but one were built and used by United States forces until their withdrawal from Thailand in 1976 when the RTAF took over the installations at Takhli and Nakhon Ratchasima (Korat). In the late 1980s, these bases and Don Muang Air Base outside Bangkok, which the air force shares with civil aviation, remain the primary operational installations. Maintenance of base facilities abandoned by the United States (Ubon, Udorn) proved costly and exceeded Thai needs; they were turned over to the Department of Civil Aviation for civil use. Nonetheless, all runways were still available for training and emergency use. By 2004 the Royal Thai Air Force had its main base at Don Muang airport, adjacent to Don Mueang International Airport. The RTAF also had large air fields and facilities at Nakon Ratchasima Ubon Ratchathani, and Takhli.

First set up in 1913 in the same year as the Air Force, providing nursing services only, and over the years has gradually expanded. It operates Bhumibol Adulyadej Hospital and Royal Thai Air Force Hospital in Bangkok, as well as smaller hospitals at each wing. The directorate has made a teaching agreement with the Faculty of Medicine, Chulalongkorn University to train students at Bhumibol Adulyadej Hospital, accepting about 30 students per academic year. 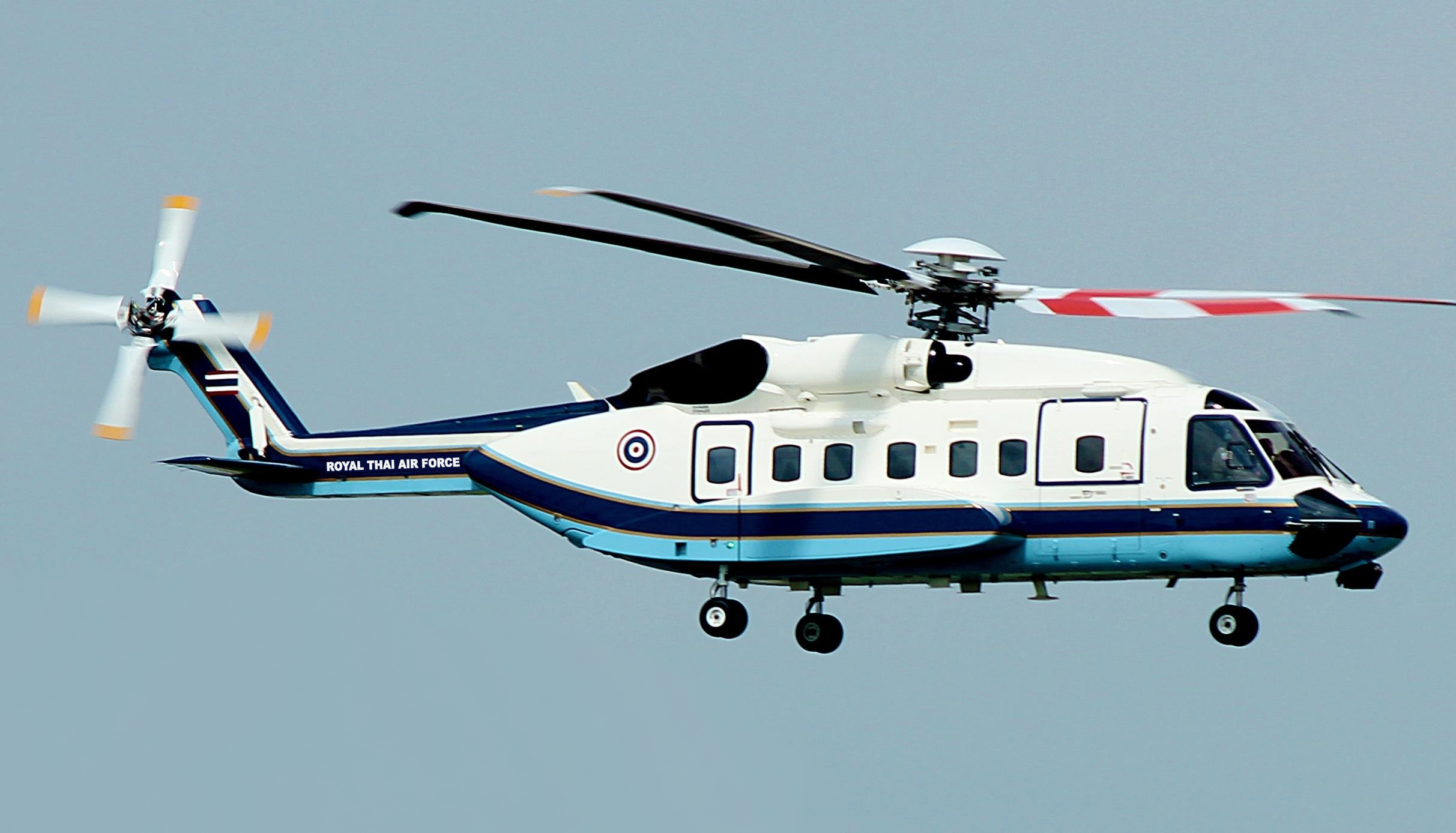 RTAF budgets are shown below by fiscal year (FY):

NOTE:Rank on paper, not actually used in the Royal Thai Air Force.