Reiner was born into a Jewish family in the Bronx, New York, on March 6, 1947. He is the son of Estelle Reiner (née Lebost; 1914–2008), an actress, and Carl Reiner (1922–2020), a renowned comedian, actor, writer, producer and director. As a child, Reiner lived at 48 Bonnie Meadow Road in New Rochelle, New York; the home of the fictional Petrie family in ''The Dick Van Dyke Show'', created by Rob's father, was 148 Bonnie Meadow Lane. He studied at the UCLA Film School. 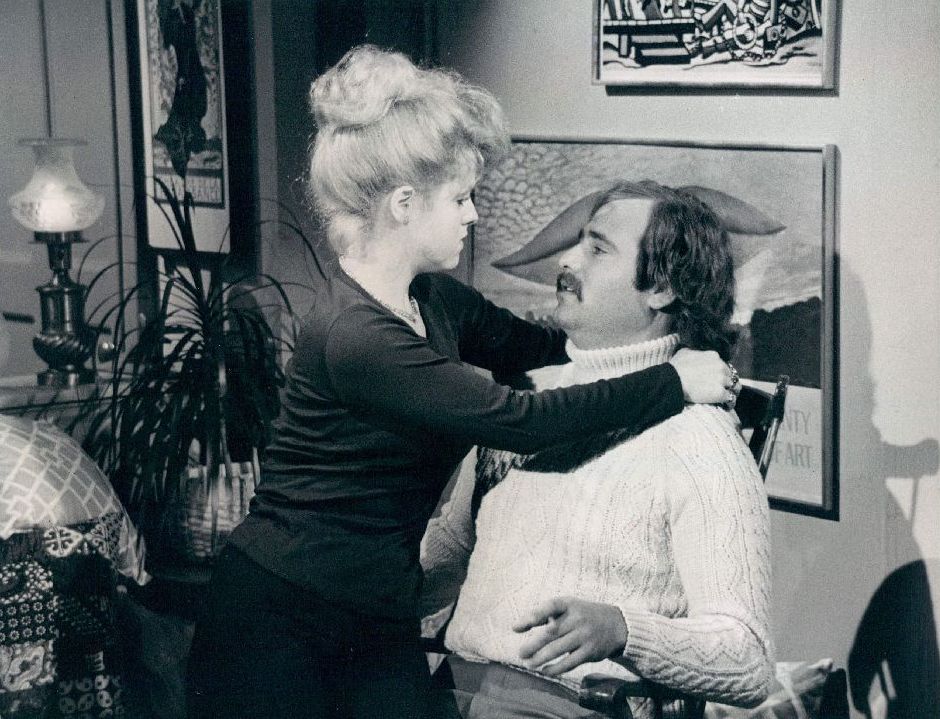 In the late 1960s, Reiner acted in bit roles in several television shows including ''Batman'', ''The Andy Griffith Show'', ''Room 222'', ''Gomer Pyle, U.S.M.C.'' and ''The Beverly Hillbillies''. He began his career writing for the ''Smothers Brothers Comedy Hour'' in 1968 and 1969, with Steve Martin as his writing partner as the two youngest writers on the show. Two years later, Reiner became famous playing Michael Stivic, Archie Bunker's liberal son-in-law, on Norman Lear's 1970s situation comedy ''All in the Family'', which was the most-watched television program in the United States for five seasons (1971–1976). The character's nickname, "Meathead", (given to him by his cantankerous father-in-law Archie) became closely associated with him, even after he had left the role and went on to build a career as a director. Reiner has stated, "I could win the Nobel Prize and they'd write 'Meathead wins the Nobel Prize'." For his performance, Reiner won two Emmy Awards, in addition to three other nominations, and five Golden Globe nominations. After an extended absence, Reiner returned to television acting with a recurring role on ''New Girl'' (2012–2018). In 1972, Reiner, Phil Mishkin, and Gerry Isenberg created the situation comedy ''The Super'' for ABC. Starring Richard S. Castellano, the show depicted the life of the harried Italian American superintendent of a New York City apartment building and ran for 10 episodes in the summer of 1972. Reiner and Mishkin co-wrote the premiere episode. Beginning in the 1980s, Reiner became known as a director of several successful Hollywood films that spanned many different genres. Some of his earlier films include cult classics such as the rock-band mockumentary ''This Is Spinal Tap'' (1984) and the comedic fantasy film ''The Princess Bride'' (1987), as well as his period piece coming of age tale ''Stand by Me'' (1986). He often collaborates with film editor Robert Leighton, whom he also shares with fellow director-actor Christopher Guest as their go-to editor. Reiner has gone on to direct other critically and commercially successful films with his own company, Castle Rock Entertainment. These include the romantic comedy ''When Harry Met Sally...'' (1989), which has been critically ranked among the all-time best of its genre, the tense thriller ''Misery'' (1990), for which Kathy Bates won the Academy Award for Best Actress, and his most commercially successful work, the military courtroom drama ''A Few Good Men'' (1992), which was nominated for the Academy Award for Best Picture. Subsequent films directed by Reiner include the political romance ''The American President'' (1995), the courtroom drama ''Ghosts of Mississippi'' (1996), and the uplifting comedy ''The Bucket List'' (2007). Reiner has continued to act in supporting roles in a number of films and television shows, including ''Throw Momma from the Train'' (1987), ''Sleepless in Seattle'' (1993), ''Bullets over Broadway'' (1994), ''The First Wives Club'' (1996), ''Primary Colors'' (1998), ''EDtv'' (1999), ''New Girl'' (2012–2018), and ''The Wolf of Wall Street'' (2013). He has also parodied himself with cameos in works such as ''Dickie Roberts: Former Child Star'' (2003) and ''30 Rock'' (2010). 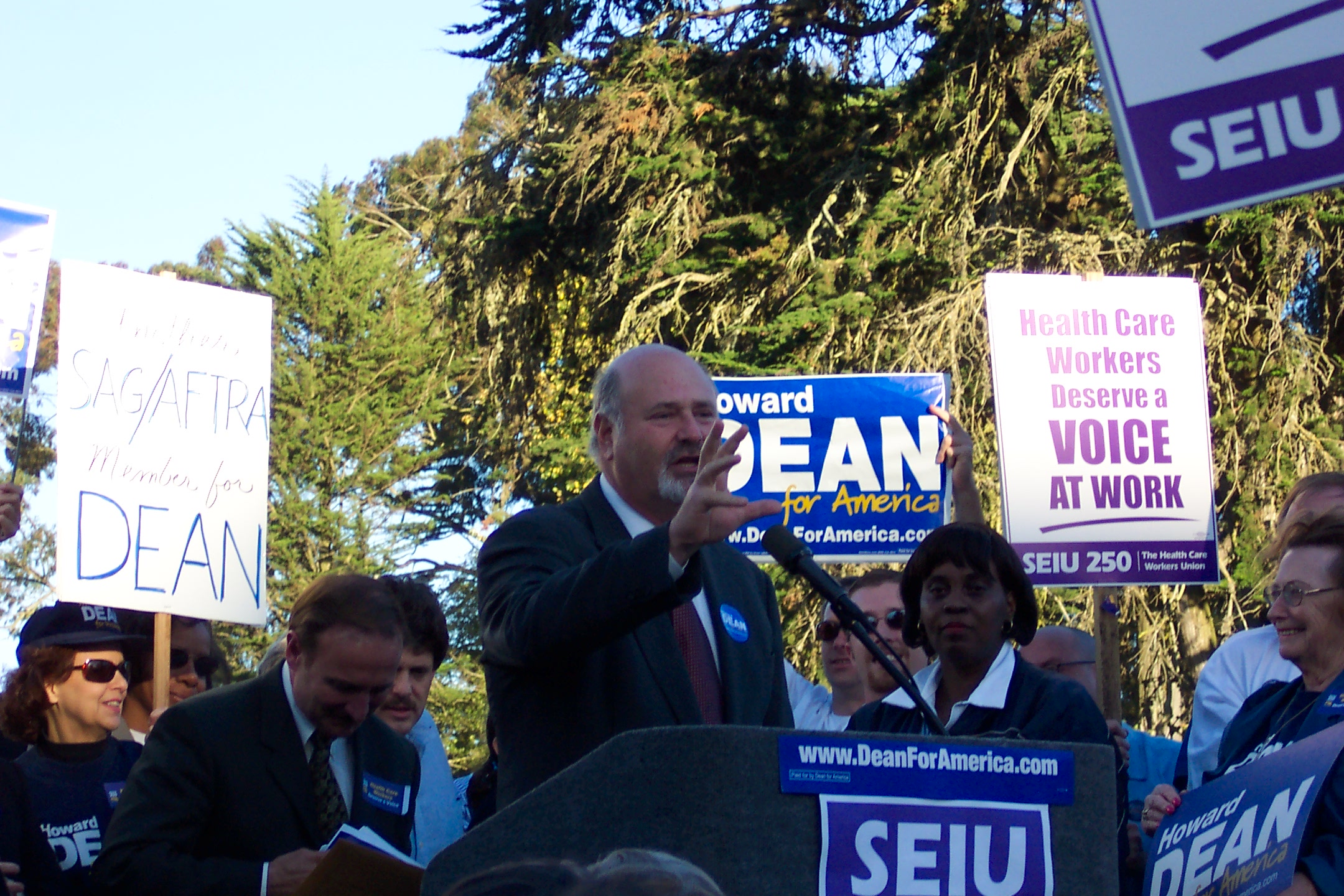 Reiner has devoted considerable time and energy to liberal activism. His lobbying as an anti-smoking advocate, in particular, prompted his likeness to be used in a satirical role in a ''South Park'' episode titled "Butt Out". Reiner is a co-founder of the American Foundation for Equal Rights, which initiated the court challenge against California Proposition 8 that banned same-sex marriage in the state. In 1998, Reiner chaired the campaign to pass Prop 10, the California Children and Families Initiative, which created First 5 California, a program of early childhood development services, funded by a tax on tobacco products. He served as the first chairman of First 5 California, from 1999 to 2006. Reiner came under criticism for campaigning for a ballot measure (Prop 82) to fund state-run preschools while still chair of the First Five Commission, causing him to resign from his position on March 29, 2006. An audit was conducted, and it concluded that the state commission did not violate state law and that it had clear legal authority to conduct its public advertising campaigns related to preschool. Prop 82 failed to win approval, garnering only 39.1% support. Reiner is a member of the Social Responsibility Task Force, an organization advocating moderation where social issues (such as violence and tobacco use) and the entertainment industry meet. He is also active in environmental issues, and he successfully led the effort to establish California's Ahmanson Ranch as a state park and wildlife refuge rather than as a commercial real estate development. He introduced Spinal Tap at the London Live Earth concert in July 2007. 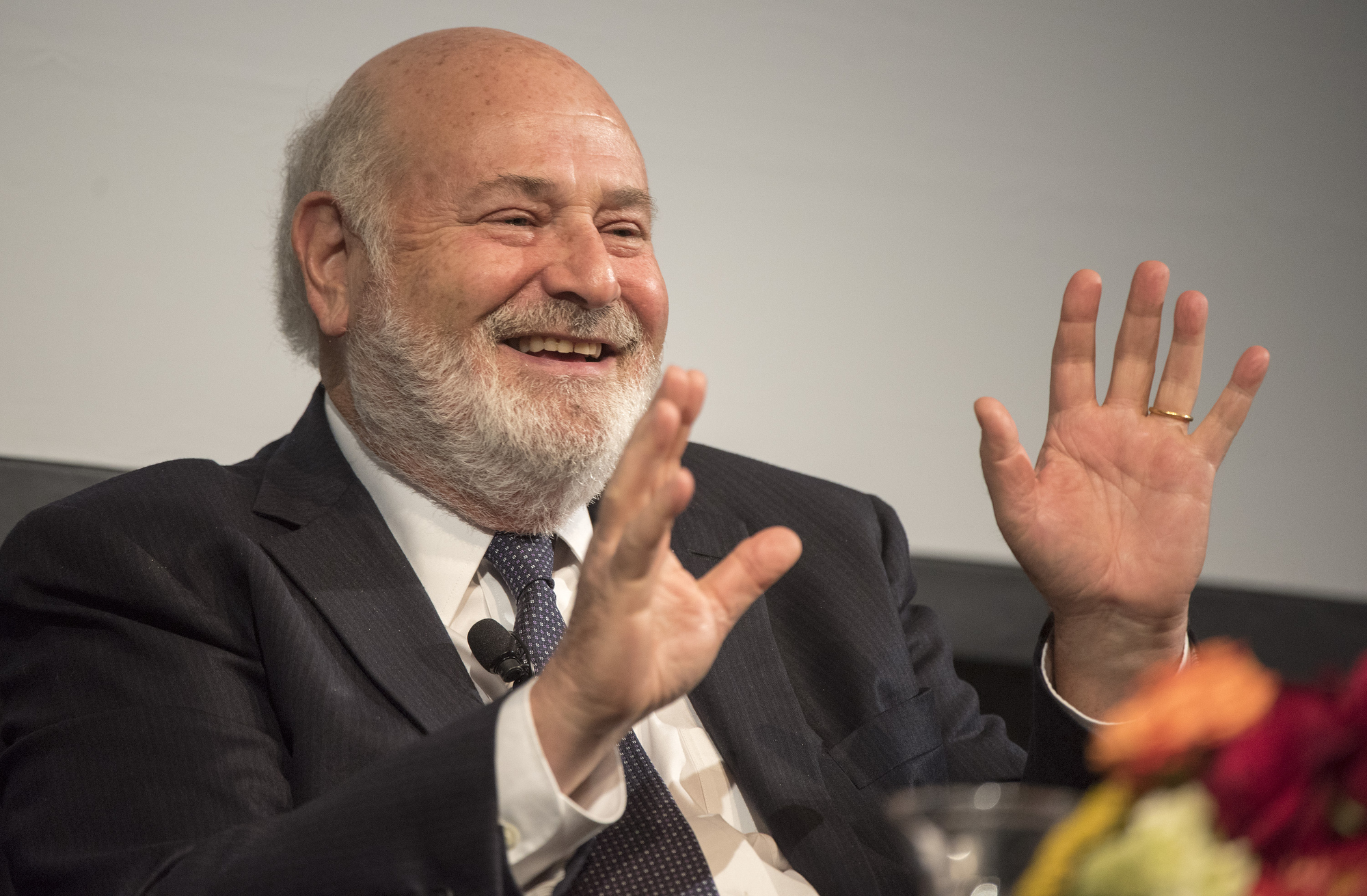 Reiner was mentioned as a possible candidate to run against California Governor Arnold Schwarzenegger in 2006 but decided not to run for personal reasons. He campaigned extensively for Democratic presidential nominee Al Gore in the 2000 presidential election, and he campaigned in Iowa for Democratic presidential candidate Howard Dean just before the 2004 Iowa caucuses. He endorsed Hillary Clinton for president for the 2008 election. In 2015, he donated US$10,000 to Correct the Record, a political action committee that supported Hillary Clinton's 2016 presidential campaign. Since the 2016 election, he has continued to campaign against Donald Trump, calling him a racist, sexist, anti-gay, and anti-Semitic, and he compared him to the Nazi police at Auschwitz. Reiner said that Harvey Weinstein is a "bad guy" but Trump is "also an abuser". Reiner serves on the advisory board of the ''Committee to Investigate Russia''. He and David Frum launched the site in September 2017 with Morgan Freeman warning people that "We are at war" and that Russia has attacked the United States.