Richard Bache (September 12, 1737 – April 17, 1811), born in Settle, West Riding of Yorkshire, England, immigrated to Philadelphia, in the colony of Pennsylvania, where he was a businessman, a marine insurance underwriter, and later served as head of the American Post Office. He also was the son-in-law of Benjamin Franklin.

Bache was born on September 12, 1737 in Settle, West Riding of Yorkshire, the youngest child of William Bache, a tax collector, and Mary (née Blechynden) Bache, who were married around 1720. His older brother was Theophylact Bache, who married Ann Dorothea Barclay (a daughter of Andrew Barclay and Helena (née Roosevelt) Barclay). In 1751, his elder brother Theophylact arrived in New York City, where he was taken under the wing of Paul Richard, a successful merchant and former mayor, whose wife was a Bache relative.

Bache immigrated as a young man in 1760 to New York to join his brother Theophylact in a dry goods and marine insurance business. After a couple of years, he went to Philadelphia, where he prospered for several years. He was among nearly 30 young men who in October 1766 met at the city's London Coffee House to found the Gloucester Fox Hunting Club (GFHC), the first in America, to take up a pursuit closely associated with becoming "true Englishmen." In 1767, Bache suffered financial problems when debts contracted by him were repudiated by his London associate, Edward Green.

During the American Revolution, Bache served on the Board of War, which was a special standing committee to oversee the Continental Army's administration and to make recommendations regarding the army to Congress. His wife, Sally, was widely known for her patriotism and charitable activities. Franklin later arranged an appointment for Bache as the US Postmaster General (1776–1782), to succeed him. After Franklin's death in 1790, Bache and Sally lived off her inheritance from Franklin, moving their family to the Vandegrift residence in 1794, along the Delaware River north of Philadelphia. 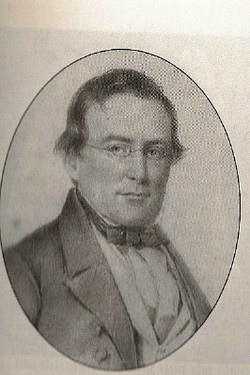 In 1767, Bache had proposed to Sarah Franklin (1743–1808), known as Sally, the only daughter of Benjamin Franklin and Deborah Read. They objected, given his precarious finances and rumors that Bache was a fortune hunter. Although Franklin and his wife Deborah Read never formally approved, they acquiesced to the marriage in 1767. Bache and Sally had eight children together, including: * Benjamin Franklin Bache (1769–1798), who became a journalist and publisher, founding a newspaper. He was a spokesman for the Jeffersonian Republicans; he strenuously opposed George Washington, John Adams and the Federalist party. He died during the Philadelphia yellow fever epidemic. He ran the ''Aurora'' newspaper and printing business with his wife Margaret Hartman Markoe Bache. * William Franklin Bache (1773–1814), who married Catherine Wistar. * Sarah Franklin Bache (1775–1776) * Eliza Franklin Bache (1777–1820) married John Harwood. * Louis Franklin Bache (1779–1818), a Lt. Col. in the Pennsylvania State Militia Volunteers during the War of 1812 who married Mary Ann Swift and, after her death, Esther Egee. * Deborah Franklin Bache (1781–1863), who married William J. Duane, a lawyer who was appointed as the 11th United States Secretary of the Treasury. * Richard Franklin Bache (1784–1848), who served in the Republic of Texas Navy and served in the Second Texas Legislature. He married Sophia Durrell Dallas, eldest daughter of Alexander J. Dallas. * Sarah Franklin Bache (1788–1863), married Thomas Sergeant, an associate justice of the Pennsylvania Supreme Court and postmaster of Philadelphia. Sally, a leader in relief work during the War and for women in the pro-independence effort, died from cancer in Philadelphia on October 5, 1808. Bache died in Bucks County, Pennsylvania on April 17, 1811. He was buried alongside his wife at Christ Church Burial Ground in Philadelphia.