The Republic of Vietnam Marine Division (RVNMD, vi|Sư Đoàn Thủy Quân Lục Chiến QLC was part of the armed forces of South Vietnam. It was established by Ngo Dinh Diem in 1954 when he was Prime Minister of the State of Vietnam, which became the Republic of Vietnam in 1955. The longest-serving commander was Lieutenant General Le Nguyen Khang. In 1969, the VNMC had a strength of 9,300, 15,000 by 1973, and 20,000 by 1975. The Marine Division trace their origins to French-trained Commandos Marine divisions recruited and placed under the command of the French Navy but officially incorporated in 1960. From 1970 onwards, the South Vietnamese marines and Airborne Division grew significantly, supplanting the independent, Central Highlands based Vietnamese Rangers as the most popular elite units for volunteers. Along with the Airborne, the Marine Division formed the General Reserve with the strategic transformation under Vietnamization, with elite and highly-mobile units meant to be deployed in People's Army of Vietnam attacking points and incursions. By then, the level of training had improved considerably and U.S. General Creighton Abrams who oversaw Vietnamization stated that South Vietnam's Airborne and Marines had no comparable units to match it in the PAVN. This division had earned a total of 9 U.S. presidential citations, with the 2nd Battalion "Crazy Buffaloes" earning two.

The Vietnamese Marine Corps had its origins during French rule of Indochina. The 1949 Franco-Vietnamese Agreement stated that the Vietnamese Armed Forces were to include naval forces whose organization and training would be provided by the French Navy.

In March 1952, the Navy of Vietnam was established. In 1953, the French and Vietnamese governments agreed to increase the size of Vietnamese National Army, so an increase in the size of the Vietnamese Navy was also deemed necessary. As they debated whether the Army or Navy would control the river flotillas, French Vice Admiral Philippe Auboyneau proposed for the first time the organisation of a Vietnamese Marine Corps. When the French withdrew from Vietnam in 1954, the Vietnamese Marine Corps was a component of the Vietnamese Navy. The Marine Corps consisted of a headquarters, four river companies, and one battalion landing force. On October 13, 1954, Prime Minister Ngo Dinh Diem signed a government decree formally creating within the naval establishment a section of infantry, then of brigade strength, later to be designated as the Marine Corps (VNMC).

During late December 1964 in the Battle of Binh Gia the 4th Marine Battalion suffered 60% casualties as it attempted to rescue a trapped Ranger force. 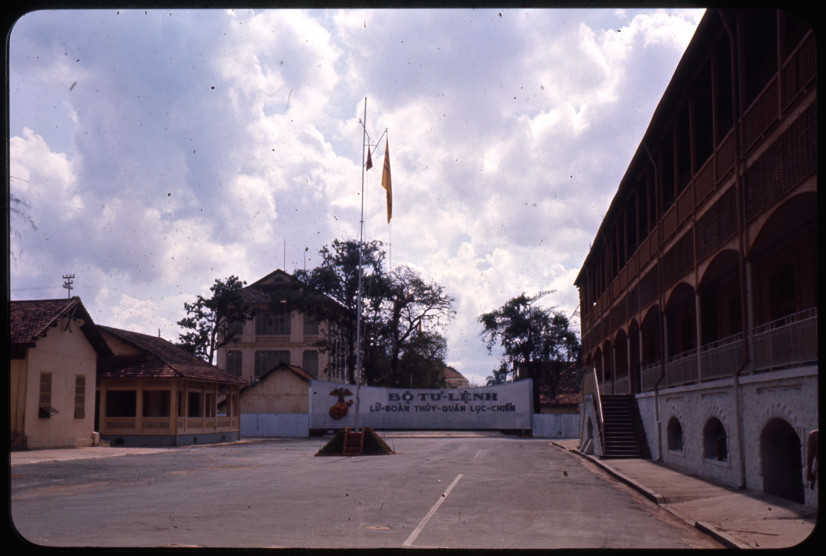 On 30 May 1965 in the Battle of Ba Gia the 3rd Marine Battalion was part of a task force with 2nd Battalion, 51st Infantry Regiment, 25th Division, the 39th Ranger Battalion and one squadron of M113 armored personnel carriers to recapture Ba Gia which had been captured the previous day by the VC. The VC first attacked the 2nd Battalion, 51st Infantry and then ambushed the 3rd Marine Battalion as it attempted to support the 2/51st forcing both units to retreat to Phuoc Loc. On the morning of 31 May the VC renewed their attacks capturing Phuoc Loc and attacking the 39th Rangers inflicting heavy casualties. Total South Vietnamese losses were 392 men killed and missing.