Real estate is property consisting of land and the buildings on it, along with its
natural resource Natural resources are resources that are drawn from nature and used with few modifications. This includes the sources of valued characteristics such as commercial and industrial use, aesthetic value, scientific interest and cultural value. O ...
s such as crops, minerals or water; immovable property of this nature; an interest vested in this (also) an item of real property, (more generally) buildings or
housing Housing, or more generally, living spaces, refers to the construction and housing authority, assigned usage of houses or buildings individually or collectively, for the purpose of Shelter (building), shelter. Housing ensures that members of so ...
in general. In terms of law, ''real'' is in relation to land property and is different from personal property while ''estate'' means the "interest" a person has in that land property. Real estate is different from personal property, which is not permanently attached to the land, such as vehicles, boats, jewelry, furniture, tools and the rolling stock of a
farm A farm (also called an Agriculture, agricultural holding) is an area of land that is devoted primarily to Agriculture, agricultural processes with the primary objective of producing food and other crops; it is the basic facility in food produ ...
. In the United States, the transfer, owning, or acquisition of real estate can be through business corporations, individuals, nonprofit corporations, fiduciaries, or any legal entity as seen within the law of each U.S. state.

The natural right of a person to own property as a concept can be seen as having roots in Roman law as well as Greek philosophy. The profession of appraisal can be seen as beginning in England during the 1500s as agricultural needs required land clearing and land preparation. Textbooks on the subject of surveying began to be written and the term "surveying" was used in England, while the term "appraising" was more used in North America.
Natural law Natural law ( la, ius naturale, ''lex naturalis'') is a system of law based on a close observation of human nature, and based on values intrinsic to human nature that can be Deductive reasoning, deduced and applied independently of positive law ( ...
which can be seen as "universal law" was discussed among writers of the 15th and 16th century as it pertained to "property theory" and the inter-state relations dealing with foreign investments and the protection of citizens private property abroad. Natural law can be seen as having an influence in Emerich de Vattel's 1758 "Law of Nations" which conceptualized the idea of private property. One of the largest initial real estate deals in history known as the "
Louisiana Purchase The Louisiana Purchase (french: Vente de la Louisiane, translation=Sale of Louisiana) was the acquisition of the Louisiana (New France), territory of Louisiana by the United States from the French First Republic in 1803. In return for fifteen ...
" happened in 1803 when the Louisiana Purchase Treaty was signed. This treaty paved the way for western expansion and made the U.S. the owners of the "
Louisiana Territory The Territory of Louisiana or Louisiana Territory was an organized incorporated territory of the United States that existed from July 4, 1805, until June 4, 1812, when it was renamed the Missouri Territory. The territory was formed out of the ...
" as the land was bought from France for fifteen million, making each acre roughly 4 cents. The oldest real estate brokrage firm was established in 1855 in Chicago, Illinois, and was initially known as "L. D. Olmsted & Co." but is now known as "Baird & Warner." In 1908, the National Association of Realtors was founded in Chicago and in 1916, the name was changed to the National Association of Real Estate Boards and this was also when the term "
realtor A real estate agent or real estate broker is a person who represents sellers or buyers of real estate or real property. While a broker may work independently, an agent usually works under a licensed broker to represent clients. Brokers and agen ...
" was coined to identify real estate professionals. The stock market crash of 1929 and the Great Depression in the U.S. caused a major drop in real estate worth and prices and ultimately resulted in depreciation of 50% for the four years after 1929. Housing financing in the U.S. was greatly affected by the Banking Act of 1933 and the National Housing Act in 1934 because it allowed for mortgage insurance for home buyers and this system was implemented by the Federal Deposit Insurance as well as the Federal Housing Administration. In 1938, an amendment was made to the National Housing Act and
Fannie Mae The Federal National Mortgage Association (FNMA), commonly known as Fannie Mae, is a United States government-sponsored enterprise (GSE) and, since 1968, a publicly traded company. Founded in 1938 during the Great Depression as part of the New ...
, a government agency, was established to serve as a secondary market for mortgages and to give lenders more money in order for new homes to be funded. Title VIII of the Civil Rights Act in the U.S., which is also known as the Fair Housing Act, was put into place in 1968 and dealt with the incorporation of African Americans into neighborhoods as the issues of discrimination were analyzed with the renting, buying, and financing of homes. Internet real estate as a concept began with the first appearance of real estate platforms on the World Wide Web and occurred in 1999.

Residential real estate may contain either a single family or multifamily structure that is available for occupation or for non-business purposes. Residences can be classified by and how they are connected to neighbouring residences and land. Different types of housing tenure can be used for the same physical type. For example, connected residences might be owned by a single entity and leased out, or owned separately with an agreement covering the relationship between units and common areas and concerns. According to the Congressional Research Service, in 2021, 65% of homes in the U.S. are owned by the occupier.

Real estate and the environment 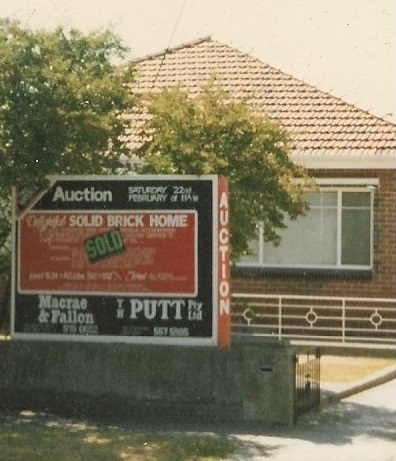 In markets where land and building prices are rising, real estate is often purchased as an investment, whether or not the owner intends to use the property. Often investment properties are rented out, but "
flipping Flipping is a term used to describe purchasing a revenue-generating asset and quickly reselling (or "flipping") it for profit. Within the real estate industry, the term is used by investors to describe the process of buying, rehabbing, and sell ...
" involves quickly reselling a property, sometimes taking advantage of
arbitrage In economics and finance, arbitrage (, ) is the practice of taking advantage of a difference in prices in two or more Market (economics), markets; striking a combination of matching deals to capitalise on the difference, the profit being the di ...
or quickly rising value, and sometimes after repairs are made that substantially raise the value of the property. Luxury real estate is sometimes used as a way to store value, especially by wealthy foreigners, without any particular attempt to rent it out. Some luxury units in London and New York City have been used as a way for corrupt foreign government officials and businesspeople from countries without strong
rule of law The rule of law is the political philosophy that all citizens and institutions within a country, state, or community are accountable to the same laws, including lawmakers and leaders. The rule of law is defined in the ''Encyclopedia Britannica ...
to launder money or to protect it from seizure.

* Environmental Surveying * Green Development * Phase I environmental site assessment *
Commercial real estate Commercial property, also called commercial real estate, investment property or income property, is real estate (buildings or land) intended to generate a Profit (economics), profit, either from capital gains or Renting, rental income. Commercial ...
*
Estate (land) An estate is a large parcel of land under single ownership, which would historically generate income for its owner. British context In the UK, historically an estate comprises the houses, outbuildings, supporting farmland, and woods that s ...
* Extraterrestrial real estate * Fractional financing *
Land lot In real estate, a lot or plot is a tract or parcel of land owned or meant to be owned by some owner(s). A plot is essentially considered a parcel of real property in some countries or immovable property (meaning practically the same thing) in ot ...
* Real estate business * Real estate economics *
Right to property The right to property, or the right to own property (cf. ownership) is often classified as a human right for natural persons regarding their possessions. A general recognition of a right to private property is found more rarely and is typical ...