The R188 is a class of new technology (NTT) New York City Subway cars built by Kawasaki Heavy Industries for the A Division. The fleet entered service in 2013, displacing the 1980s-era R62A cars that operated on the , in conjunction with the automation of the IRT Flushing Line's signal system with communications-based train control (CBTC). The R188 order also expanded the 7's fleet as part of the 7 Subway Extension, which opened in 2015. Of the 506 cars in the fleet, only 126 were built brand-new; the remaining 380 cars were originally part of the R142A fleet that entered service in 2000, before being upgraded to R188s with the installation of CBTC equipment. The fleet first entered passenger service on November 9, 2013, and the final cars were delivered in June 2016. 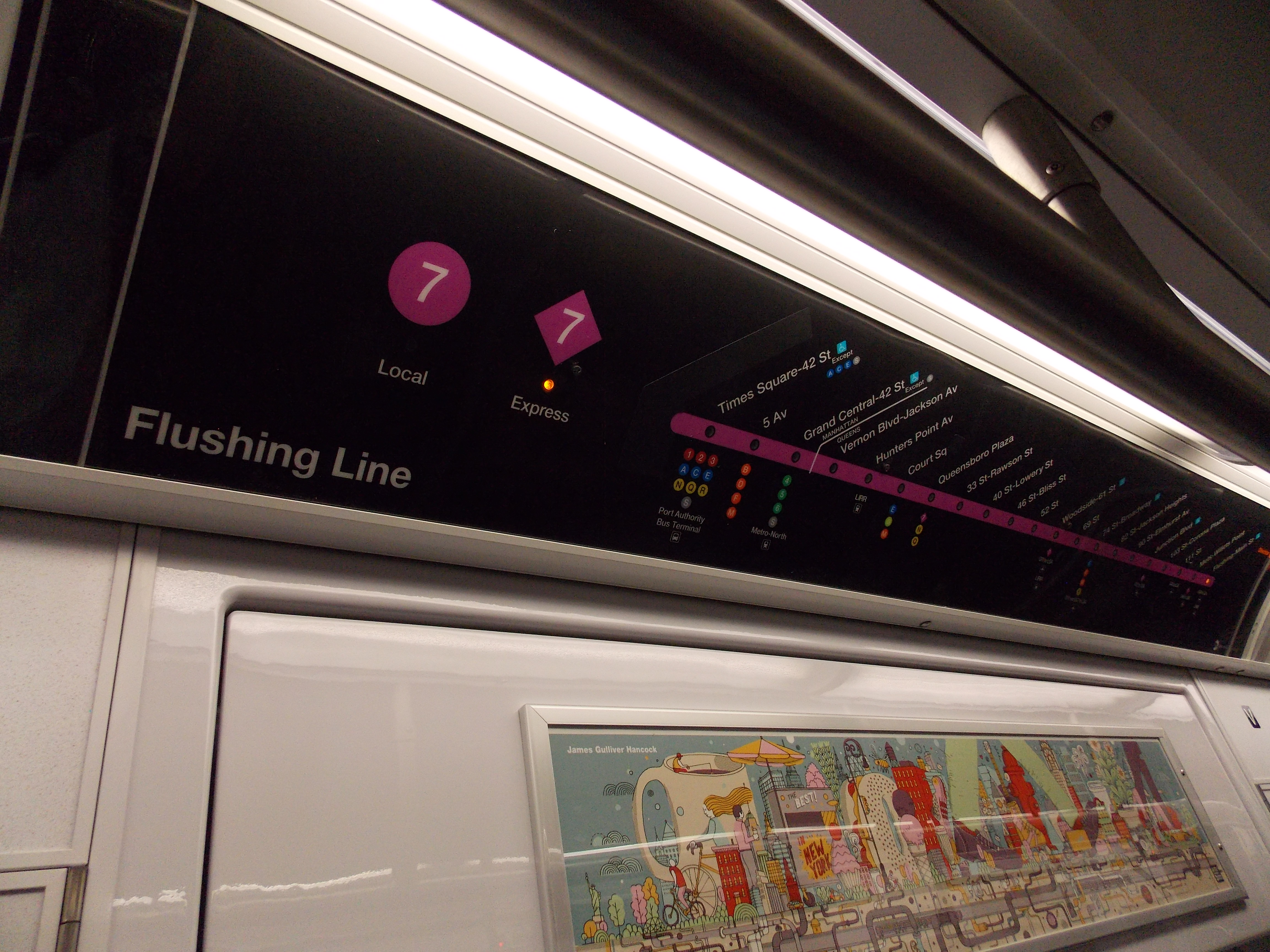 The R188s are numbered 7211–7590 and 7811–7936. Cars 7211–7590 are former R142As that were converted to R188s, car numbers 7811–7898 are the new R188 cars built to supplement the increase in 7 service, and cars 7899–7936 are the new R188 "C" cars built to expand converted R142A sets from five cars to six cars (Most A-Division lines use 10-car trains, while the use 11-car trains, necessitating the addition of one new car to convert the sets). The R188s are equipped with the latest control systems, HVAC, and public address systems to guarantee the utmost safety and passenger comfort. They are nearly identical to the R142As but are equipped with CBTC. Therefore, these cars are compatible only with the converted R142As that feature CBTC. Like the R142s, R142As, and R143s, the R188s feature the electronic strip map with all stops on the 7 route with an indicator that can be set to either a local or express train. The R188s are visually very similar to the R142s and R142As.

In June 2016, cars 7501–7510 and 7928 had their route signs modified with green circle/red diamond LED signs and a LED numbered-route display, similar to those on the R62A sets that were previously used on the , which is now on the . This modification was done to make it easier for passengers to differentiate between an express or a local train. In the following year, car number 7501 had the LCD destination indicator parts of its destination signs replaced with LED panels to make it aesthetically similar to the aforementioned route display. Cars 7505 and 7503 received the same modifications in mid-2019 and mid-2020, respectively. It is currently unknown if the remainder of the rolling stock will be retrofitted with these features. In April 2017, car 7502 was equipped with a special test truck, replacing the original truck found on other cars. In September 2018, cars 7847–7848 were fitted with new LCD advertisement screens, replacing the traditional paper advertisements that are usually located there.

At the time that the R188 order was placed, 40 eleven-car sets of R62As were assigned to the 7 service. The R188 order originally consisted of 186 new cars, as well as 131 converted R142A cars compatible with communication-based train control (CBTC) and an additional 189 R142A conversion kits for the MTA, totaling a possible 506 cars, or 46 eleven-car trains. Of these 506 cars, 230 are arranged in five-car sets while the remaining 276 are arranged in six-car sets. Six extra R188 trainsets were ordered in conjunction with CBTC installation and 7 Subway Extension. The trains are configured so that the five-car consist on each train is located on the Manhattan-bound end and the six-car consist is located on the Main Street-bound end, due to the position of conductor's boards on platforms along the 7 route. According to the 2010–2014 capital plan, 146 new cars were to be purchased. Of these new cars, 110 cars would go to make up 10 new eleven-car trains, while the remaining 36 cars were to be "C" cars that would go to expanding 36 CBTC upgraded R142A five-car sets (360 existing cars) to six-car lengths. The original planned total of 46 eleven-car trains (506 cars) would still result from this order.