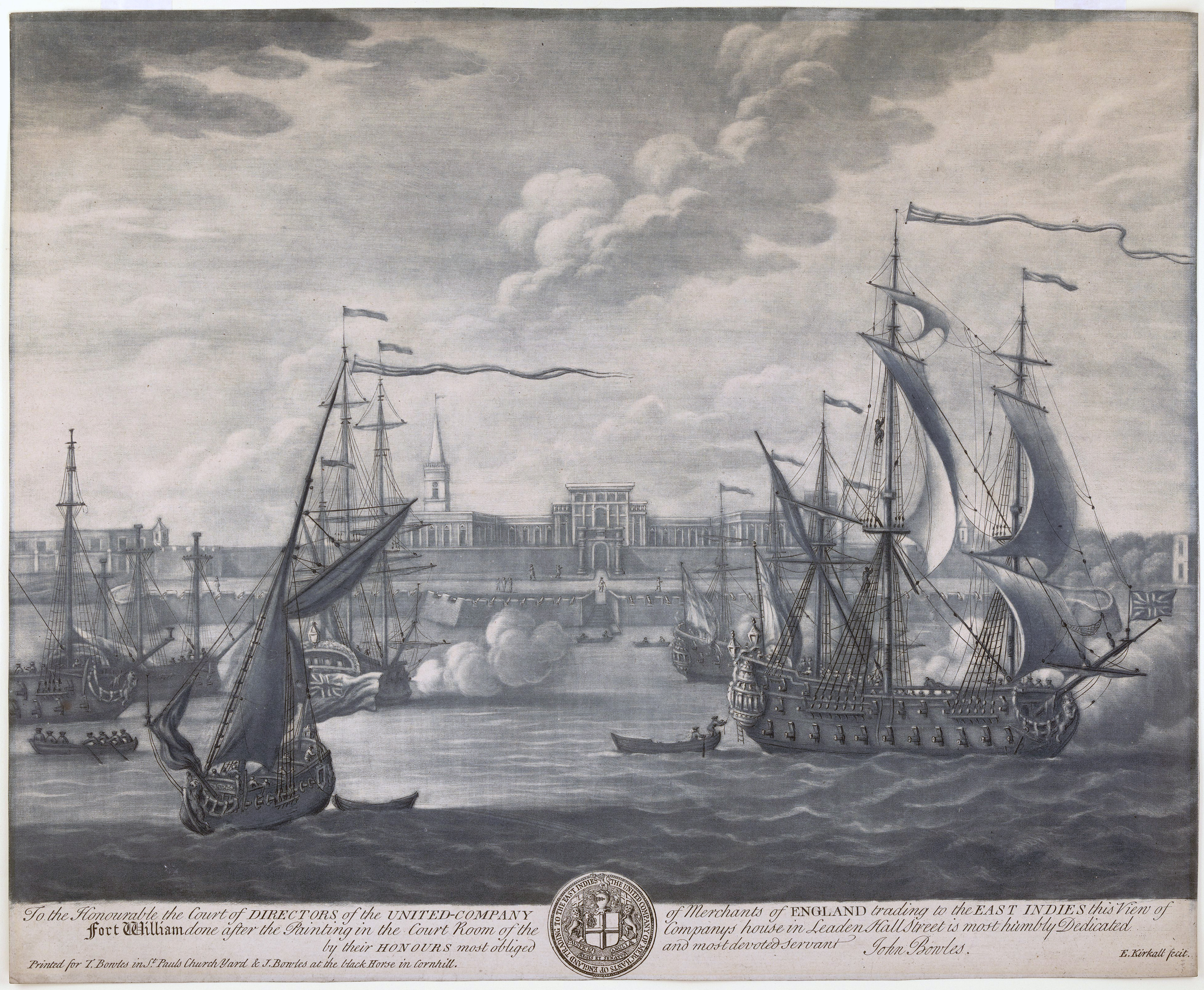 The provinces of India, earlier presidencies of British India and still earlier, presidency towns, were the administrative divisions of British governance in India. Collectively, they have been called British India. In one form or another, they existed between 1612 and 1947, conventionally divided into three historical periods: *Between 1612 and 1757 the East India Company set up "factories" (trading posts) in several locations, mostly in coastal India, with the consent of the Mughal emperors, Maratha empire or local rulers. Its rivals were the merchant trading companies of Portugal, Denmark, the Netherlands, and France. By the mid-18th century three ''Presidency towns'': Madras, Bombay and Calcutta, had grown in size. *During the period of Company rule in India, 1757–1858, the Company gradually acquired sovereignty over large parts of India, now called "Presidencies". However, it also increasingly came under British government oversight, in effect sharing sovereignty with the Crown. At the same time, it gradually lost its mercantile privileges. *Following the Indian Rebellion of 1857 the company's remaining powers were transferred to the Crown. Under the British Raj (1858–1947), administrative boundaries were extended to include a few other British-administered regions, such as Upper Burma. Increasingly, however, the unwieldy presidencies were broken up into "Provinces". In this sense, "British India" did not include the princely states directly ruled by Indian princes, though under a close eye from the British authorities. At Indian Independence in 1947 there were over 500 of these (most extremely small, but with a few very large ones), making up 40% of the area and 23% of the population of the whole British Raj.

In 1608, Mughal authorities allowed the English East India Company to establish a small trading settlement at Surat (now in the state of Gujarat), and this became the company's first headquarters town. It was followed in 1611 by a permanent factory at Machilipatnam on the Coromandel Coast, and in 1612 the company joined other already established European trading companies in Bengal in trade. However, the power of the Mughal Empire declined from 1707, first at the hands of the Marathas and later due to invasion from Persia (1739) and Afghanistan (1761); after the East India Company's victories at the Battle of Plassey (1757) and Battle of Buxar (1764)—both within the Bengal Presidency established in 1765—and the abolition of local rule (Nizamat) in Bengal in 1793, the Company gradually began to formally expand its territories across India. By the mid-19th century, and after the three Anglo-Maratha Wars the East India Company had become the paramount political and military power in south Asia, its territory held in trust for the British Crown. Company rule in Bengal (after 1793) was terminated by the Government of India Act 1858, following the events of the Bengal Rebellion of 1857.