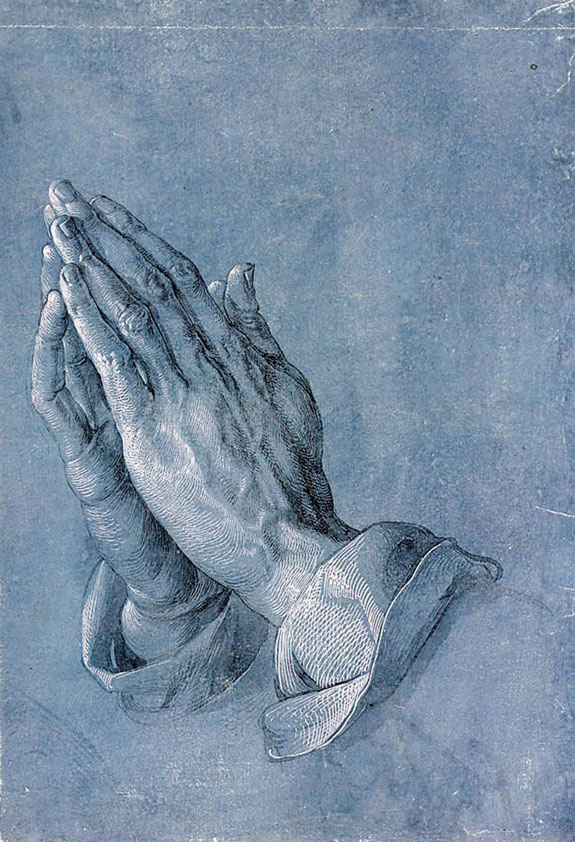 Prayer is an invocation or act that seeks to activate a rapport with an object of worship through deliberate communication. In the narrow sense, the term refers to an act of supplication or intercession directed towards a deity (a god), or a deified ancestor. More generally, prayer can also have the purpose of thanksgiving or praise, and in comparative religion is closely associated with more abstract forms of meditation and with charms or spells. Prayer can take a variety of forms: it can be part of a set liturgy or ritual, and it can be performed alone or in groups. Prayer may take the form of a hymn, incantation, formal creedal statement, or a spontaneous utterance in the praying person. The act of prayer is attested in written sources as early as 5000 years ago. Today, most major religions involve prayer in one way or another; some ritualize the act, requiring a strict sequence of actions or placing a restriction on who is permitted to pray, while others teach that prayer may be practised spontaneously by anyone at any time. Scientific studies regarding the use of prayer have mostly concentrated on its effect on the healing of sick or injured people. The efficacy of prayer in faith healing has been evaluated in numerous studies, with contradictory results.

The English term ''prayer'' is from . The Vulgate Latin is , which translates Greek προσευχή in turn the Septuagint translation of Biblical Hebrew ''tĕphillah''.

Various spiritual traditions offer a wide variety of devotional acts. There are morning and evening prayers, graces said over meals, and reverent physical gestures. Some Christians bow their heads and fold their hands. Some Native Americans regard dancing as a form of prayer. Some Sufis whirl. Hindus chant mantras. Jewish prayer may involve swaying back and forth and bowing. Muslim prayer involves bowing, kneeling and prostration. Quakers keep silent. Some pray according to standardized rituals and liturgies, while others prefer extemporaneous prayers. Still others combine the two. Friedrich Heiler is often cited in Christian circles for his systematic ''Typology of Prayer'' which lists six types of prayer: primitive, ritual, Greek cultural, philosophical, mystical, and prophetic. Some forms of prayer require a prior ritualistic form of cleansing or purification such as in ghusl and wudhu. Prayer may be done privately and individually, or it may be done corporately in the presence of fellow believers. Prayer can be incorporated into a daily "thought life", in which one is in constant communication with a god. Some people pray throughout all that is happening during the day and seek guidance as the day progresses. This is actually regarded as a requirement in several Christian denominations, although enforcement is not possible nor desirable. There can be many different answers to prayer, just as there are many ways to interpret an answer to a question, if there in fact comes an answer.