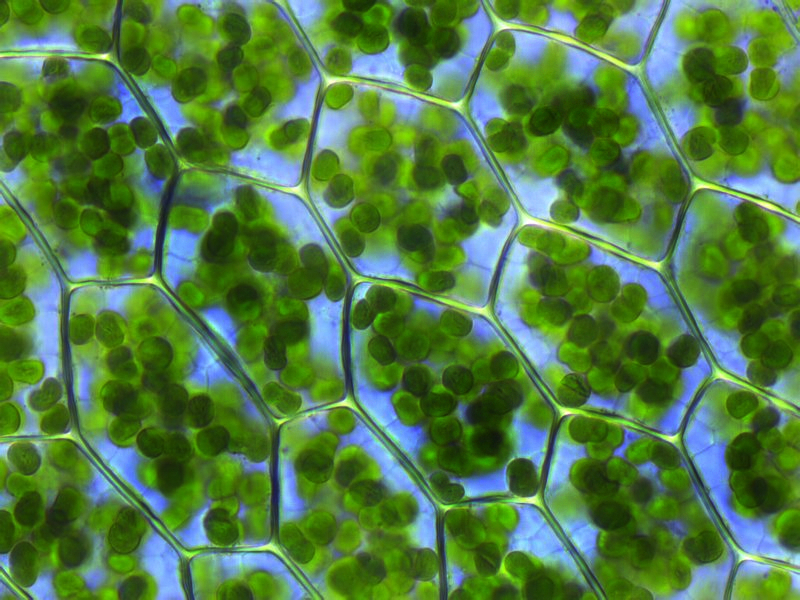 The plastid (Greek: πλαστός; plastós: formed, molded – plural plastids) is a membrane-bound organelle found in the cells of plants, algae, and some other eukaryotic organisms. They are considered to be intracelluar endosymbiotic Cyanobacteria. Examples include chloroplasts (used for photosynthesis), chromoplasts (used for pigment synthesis and storage), and leucoplasts (non-pigmented plastids that can sometimes differentiate). The event to permanent endosymbiosis in the Archaeplastida clade (of land plants, red algae, and green algae) probably occurred with a cyanobiont (a symbiotic cyanobacteria) related to the genus ''Gloeomargarita'', around 1.5 billion years ago. A later primary endosymbiosis event occurred in photosynthetic ''Paulinella'' amoeboids about 90–140 million years ago, with the plastid being a sister to the "PS-clade" (of the cyanobacteria genera ''Prochlorococcus'' and ''Synechococcus''). Secondary and tertiary endosymbiosis has also occurred, in a wide variety of organisms; additionally, some organisms sequester ingested plastids in a process that is known as kleptoplasty. Plastids were discovered and named by Ernst Haeckel, but A. F. W. Schimper was the first to provide a clear definition. They often contain pigments used in photosynthesis, and the types of pigments in a plastid determine the cell's color. They are also the site of manufacture and storage of important chemical compounds used by the cells of autotrophic eukaryotes. They possess a double-stranded DNA molecule that is circular, like that of the circular chromosome of prokaryotic cells. 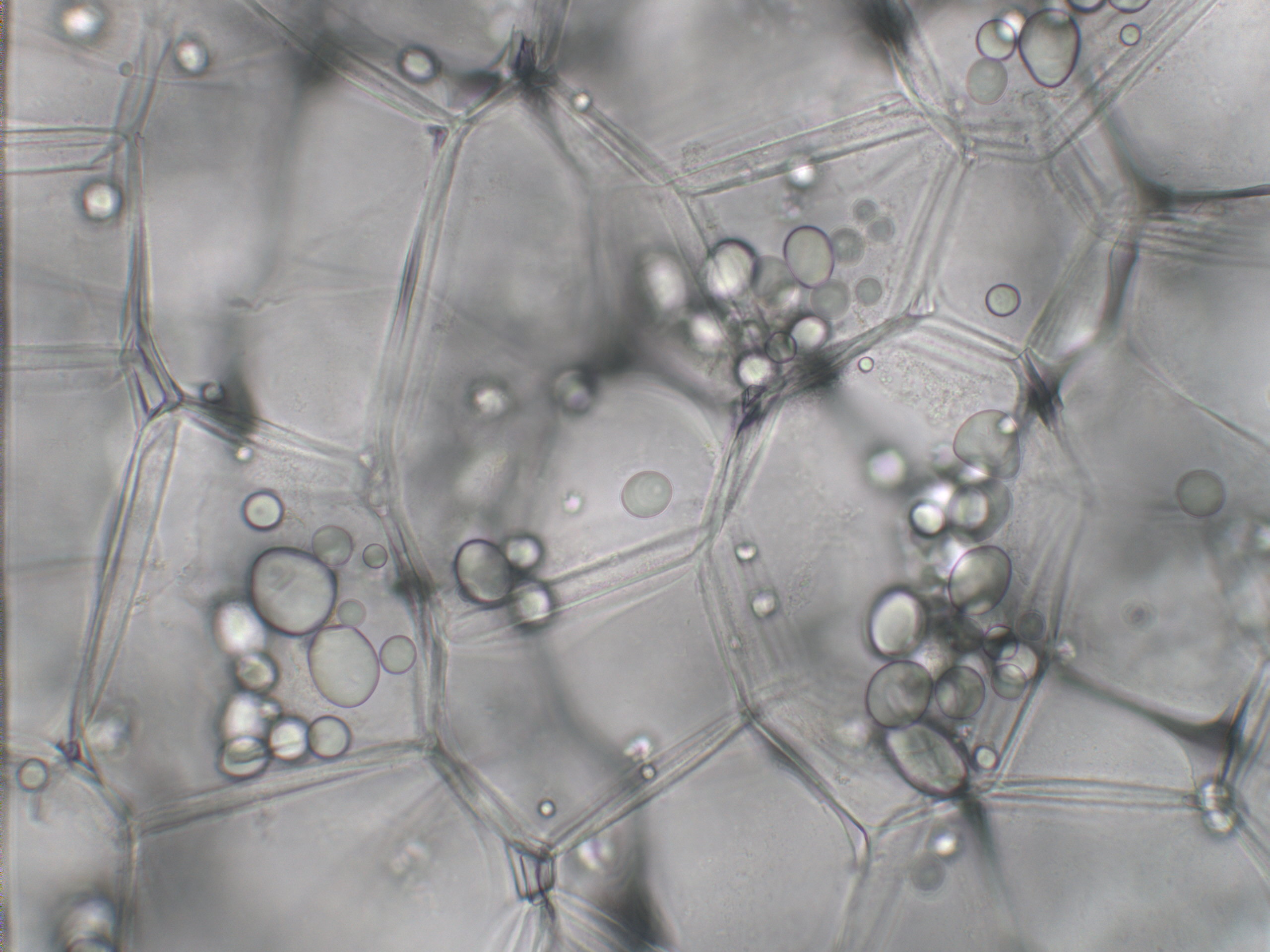 In land plants, plastids that contain chlorophyll can carry out photosynthesis and are called chloroplasts. Plastids can also store products like starch and can synthesize fatty acids and terpenes, which can be used for producing energy and as raw material for the synthesis of other molecules. For example, the components of the plant cuticle and its epicuticular wax are synthesized by the epidermal cells from palmitic acid, which is synthesized in the chloroplasts of the mesophyll tissue. All plastids are derived from proplastids, which are present in the meristematic regions of the plant. Proplastids and young chloroplasts commonly divide by binary fission, but more mature chloroplasts also have this capacity. Plant ''proplastids'' (undifferentiated plastids) may differentiate into several forms, depending upon which function they perform in the cell. They may develop into any of the following variants: * Chloroplasts: typically green plastids used for photosynthesis. ** Etioplasts are the precursors of chloroplasts * Chromoplasts: coloured plastids for pigment synthesis and storage * Gerontoplasts: control the dismantling of the photosynthetic apparatus during plant senescence * Leucoplasts: colourless plastids for monoterpene synthesis; leucoplasts sometimes differentiate into more specialized plastids: ** Amyloplasts: for starch storage and detecting gravity (for geotropism) ** Elaioplasts: for storing fat ** Proteinoplasts: for storing and modifying protein ** Tannosomes: for synthesizing and producing tannins and polyphenols Depending on their morphology and function, plastids have the ability to differentiate, or redifferentiate, between these and other forms. Each plastid creates multiple copies of a circular 10–250 kilobase plastome. The number of genome copies per plastid is variable, ranging from more than 1000 in rapidly dividing cells, which, in general, contain few plastids, to 100 or fewer in mature cells, where plastid divisions have given rise to a large number of plastids. The plastome contains about 100 genes encoding ribosomal and transfer ribonucleic acids (rRNAs and tRNAs) as well as proteins involved in photosynthesis and plastid gene transcription and translation. However, these proteins only represent a small fraction of the total protein set-up necessary to build and maintain the structure and function of a particular type of plastid. Plant nuclear genes encode the vast majority of plastid proteins, and the expression of plastid genes and nuclear genes is tightly co-regulated to coordinate proper development of plastids in relation to cell differentiation. Plastid DNA exists as large protein-DNA complexes associated with the inner envelope membrane and called 'plastid nucleoids'. Each nucleoid particle may contain more than 10 copies of the plastid DNA. The proplastid contains a single nucleoid located in the centre of the plastid. The developing plastid has many nucleoids, localized at the periphery of the plastid, bound to the inner envelope membrane. During the development of proplastids to chloroplasts, and when plastids convert from one type to another, nucleoids change in morphology, size and location within the organelle. The remodelling of nucleoids is believed to occur by modifications to the composition and abundance of nucleoid proteins. Many plastids, particularly those responsible for photosynthesis, possess numerous internal membrane layers. In plant cells, long thin protuberances called stromules sometimes form and extend from the main plastid body into the cytosol and interconnect several plastids. Proteins, and presumably smaller molecules, can move within stromules. Most cultured cells that are relatively large compared to other plant cells have very long and abundant stromules that extend to the cell periphery. In 2014, evidence of possible plastid genome loss was found in ''Rafflesia lagascae'', a non-photosynthetic parasitic flowering plant, and in ''Polytomella'', a genus of non-photosynthetic green algae. Extensive searches for plastid genes in both ''Rafflesia'' and ''Polytomella'' yielded no results, however the conclusion that their plastomes are entirely missing is still controversial. Some scientists argue that plastid genome loss is unlikely since even non-photosynthetic plastids contain genes necessary to complete various biosynthetic pathways, such as heme biosynthesis.

In algae and protists

Plastid types in algae and protists include: * Chloroplasts: found in the green algae and other organisms. ** Muroplasts: also known as cyanoplasts or cyanelles, the chloroplasts of glaucophyte algae are similar to plant chloroplasts, except that they have a peptidoglycan cell wall that is similar to that of prokaryote. ** Rhodoplasts: the red chloroplasts found in red algae, that allow them to photosynthesize to a depth of up to 268 m.