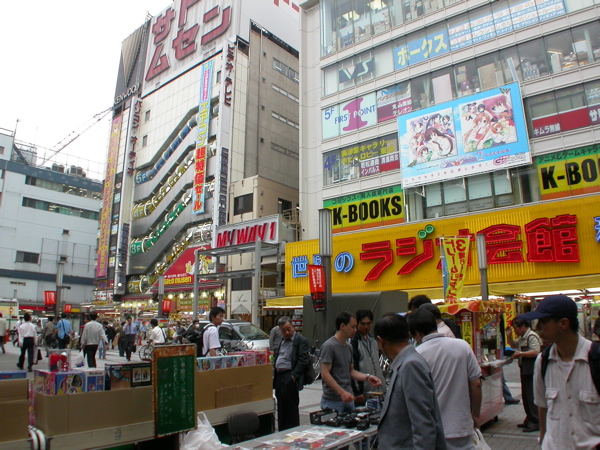 is a Japanese term for people with consuming interests, particularly in anime and manga. Its contemporary use originated with a 1983 essay by Akio Nakamori in ''Manga Burikko''. may be used as a pejorative; its negativity stemming from a stereotypical view of as social outcasts and the media's reporting on Tsutomu Miyazaki, "The Otaku Murderer", in 1989. According to studies published in 2013, the term has become less negative, and an increasing number of people now identify themselves as , both in Japan and elsewhere. Out of 137,734 teens surveyed in Japan in 2013, 42.2% self-identified as a type of . subculture is a central theme of various anime and manga works, documentaries and academic research. The subculture began in the 1980s as changing social mentalities and the nurturing of traits by Japanese schools combined with the resignation of such individuals to what was then seen as inevitably becoming social outcasts. The subculture's birth coincided with the anime boom, after the release of works such as ''Mobile Suit Gundam'' before it branched into Comic Market. The subculture continued to grow with the expansion of the internet and media, as more anime, video games, shows, and comics were created. The definition of subsequently became more complex, and numerous classifications of emerged. In 2005, the Nomura Research Institute divided into twelve groups and estimated the size and market impact of each of these groups. Other institutions have split it further or focus on a single interest. These publications classify distinct groups including anime, manga, camera, automobile, idol and electronics . In 2005, the economic impact of was estimated to be as high as ¥2 trillion ( billion).

is derived from a Japanese term for another person's house or family (お宅, ). The word can be used metaphorically, as a part of honorific speech in Japanese as a second-person pronoun. In this usage, its literal translation is "you". For example, early in the anime ''Macross'', first aired in 1982, the characters Hikaru Ichijyo and Lynn Minmay use the term this way to address one another, until they get to know each other better. The modern slang form, which is distinguished from the older usage by being written in hiragana (おたく), katakana (オタク or, less frequently, ヲタク) or rarely in rōmaji, first appeared in public discourse in the 1980s, through the work of humorist and essayist Akio Nakamori. His 1983 series , printed in the lolicon magazine ''Manga Burikko'', applied the term to unpleasant fans in caricature. Animators Haruhiko Mikimoto and Shōji Kawamori had used the term between themselves as an honorific second-person pronoun since the late 1970s. Supposedly, some fans used it past the point in their relationships where others would have moved on to a less formal style. Because this misuse indicated social awkwardness, Nakamori chose the word itself to label the fans. Morikawa Kaichirō, an author and lecturer at Meiji University, identified this as the origin of its contemporary usage. Another claim for the origin of the term comes from the works of science fiction author Motoko Arai, who used the word in her novels as a second-person pronoun and the readers adopted the term for themselves. However, a different claim points to a 1981 ''Variety'' magazine essay. In 1989, the case of Tsutomu Miyazaki, "The Otaku Murderer", brought the fandom, very negatively, to national attention. Miyazaki, who randomly chose and murdered four girls, had a collection of 5,763 video tapes, some containing anime and slasher films that were found interspersed with videos and pictures of his victims. Later that year, the contemporary knowledge magazine ''Bessatsu Takarajima'' dedicated its 104th issue to the topic of . It was called and delved into the subculture of with 19 articles by insiders, among them Akio Nakamori. This publication has been claimed by scholar Rudyard Pesimo to have popularized the term.

In modern Japanese slang, the term is mostly equivalent to "geek" or "nerd" (both in the broad sense; a technological geek would be and an academic nerd would be or ), but in a more derogatory manner than used in the West. However, it can relate to any fan of any particular theme, topic, hobby or form of entertainment. "When these people are referred to as , they are judged for their behaviors - and people suddenly see an as a person unable to relate to reality." The word entered English as a loanword from the Japanese language. It is typically used to refer to a fan of anime/manga but can also refer to Japanese video games or Japanese culture in general. The American magazine ''Otaku USA'' popularizes and covers these aspects. The usage of the word is a source of contention among some fans, owing to its negative connotations and stereotyping of the fandom. Widespread English exposure to the term came in 1988 with the release of ''Gunbuster'', which refers to anime fans as . Gunbuster was released officially in English in March 1990. The term's usage spread throughout rec.arts.anime with discussions about ''Otaku no Video''s portrayal of before its 1994 English release. Positive and negative aspects, including the pejorative usage, were intermixed. The term was also popularized by William Gibson's 1996 novel ''Idoru'', which references .

Morikawa Kaichirō identifies the subculture as distinctly Japanese, a product of the school system and society. Japanese schools have a class structure which functions as a caste system, but clubs are an exception to the social hierarchy. In these clubs, a student's interests will be recognized and nurtured, catering to the interests of . Secondly, the vertical structure of Japanese society identifies the value of individuals by their success. Until the late 1980s, unathletic and unattractive males focused on academics, hoping to secure a good job and marry to raise their social standing. Those unable to succeed socially focused instead on their interests, often into adulthood, with their lifestyle centering on those interests, furthering the creation of the subculture. Even prior to the coinage of the term, the stereotypical traits of the subculture were identified in a 1981 issue of ''Fan Rōdo'' (Fan road) about "culture clubs". These individuals were drawn to anime, a counter-culture, with the release of hard science fiction works such as ''Mobile Suit Gundam''. These works allowed a congregation and development of obsessive interests that turned anime into a medium for unpopular students, catering to obsessed fans. After these fans discovered Comic Market, the term was used as a self-confirming and self-mocking collective identity. The 1989 "Otaku Murderer" case gave a negative connotation to the fandom from which it has not fully recovered. The usage of "(interest) ", however, is used for teasing or self-deprecation, but the unqualified term remains negative. The identification of turned negative in late 2004 when Kaoru Kobayashi kidnapped, sexually assaulted, and murdered a seven-year-old first-grade student. Japanese journalist Akihiro Ōtani suspected that Kobayashi's crime was committed by a member of the figure moe zoku even before his arrest. Although Kobayashi was not an , the degree of social hostility against increased. were seen by law enforcement as possible suspects for sex crimes, and local governments called for stricter laws controlling the depiction of eroticism in materials. Not all attention has been negative. In his book, , Hiroki Azuma observed: "Between 2001 and 2007, the forms and markets quite rapidly won social recognition in Japan", citing the fact that " 2003, Hayao Miyazaki won the Academy Award for his ''Spirited Away''; around the same time Takashi Murakami achieved recognition for -like designs; in 2004, the Japanese pavilion in the 2004 International Architecture exhibition of the Venice Biennale (Biennale Architecture) featured . In 2005, the word - one of the keywords of the present volume - was chosen as one of the top ten "buzzwords of the year." The former Prime Minister of Japan Taro Aso has also claimed to be an ''otaku'', using this subculture to promote Japan in foreign affairs. In 2013, a Japanese study of 137,734 people found that 42.2% self-identify as a type of . This study suggests that the stigma of the word has vanished, and the term has been embraced by many.

The district of Akihabara in Tokyo, where there are maid cafés featuring waitresses who dress up and act like maids or anime characters, is a notable attraction center for . Akihabara also has dozens of stores specializing in anime, manga, retro video games, figurines, card games and other collectibles. Another popular location is Otome Road in Ikebukuro, Tokyo. In Nagoya, students from Nagoya City University started a project on ways to help promote hidden tourist attractions related to the culture to attract more to the city.

There are specific terms for different types of , including , a self-mockingly pejorative Japanese term for female fans of , which focuses on homosexual male relationships. are female who are interested in Japanese history. Some terms refer to a location, such as , a slang term meaning "Akihabara-style" which applies to those familiar with Akihabara's culture. Another is , a type of cheering that is part of Akiba-kei. Other terms, such as , literally "painful car", describe vehicles who are decorated with fictional characters, especially bishōjo game or eroge characters.

often participate in self-mocking through the production or interest in humor directed at their subculture. Anime and manga are the subject of numerous self-critical works, such as ''Otaku no Video'', which contains a live-interview mockumentary that pokes fun at the subculture and includes Gainax's own staff as the interviewees. Other works depict subculture less critically, such as and ''Comic Party''. A well-known light novel, which later received a manga and anime adaptation, is ''Welcome to the N.H.K.'', which focuses on the subcultures popular with and highlights other social outcasts such as the and NEETs. Works that focus on an character include ''WataMote'', the story of an unattractive and unsociable otome game who exhibits delusions about her social status. Watamote is a self-mocking insight that follows the heroine's delusion and attempts to reform herself only by facing reality with comedic results on the path to popularity. An American documentary, ''Otaku Unite!'', focuses on the American side of the culture.

Types and classification of Japanese ''otaku''

Well-known people who self-identify as ''otaku'' include Marie Kondo, who said in a 2020 interview with ForbesWomen that "I credit being an ''otaku'' (a geek) with helping me to focus deeply, which definitely contributed to my success."