Osman Mahamuud ( so, Cismaan Maxamuud, ar, عثمان محمود), also known as `Uthman III ibn Mahmud, was a
Somali Somali refers to an East African tribe (ethnic group) native to Somalia Somalia,; ar, الصومال, aṣ-Ṣūmāl officially the Federal Republic of Somalia, is a country in the Horn of Africa. It is bordered by Ethiopia to the west, D ...
king. He led the
Majeerteen Sultanate The Majeerteen Sultanate ( so, Suldanadda Majeerteen, lit=Boqortooyada Majerteen, ar, سلطنة مجرتين), also known as Majeerteenia and Migiurtinia, was a Somalis, Somali kingdom centered in the Horn of Africa. Ruled by Boqor Osman Maham ...
during the 19th century.

The Majeerteen Sultanate was established by
Somalis The Somalis ( so, Soomaalida 𐒈𐒝𐒑𐒛𐒐𐒘𐒆𐒖, ar, صوماليون) are an Cushitic peoples, East Cushitic ethnic group native to the Horn of Africa who share a common ancestry, culture and history. The Somali language is the ...
from the
Majeerteen The Majeerteen ( so, Majeerteen, ar, ماجرتين; also spelled Majerteen, Macherten, Majertain, or Mijurtin) is a sub-clan. It is one of the major Somali groups, with a vast traditional territory spanning 3 major regions of Somalia: Bari ...
Darod The Darod ( so, Daarood, ar, دارود) is a Somali Somali refers to an East African tribe (ethnic group) native to Somalia Somalia,; ar, الصومال, aṣ-Ṣūmāl officially the Federal Republic of Somalia, is a country in the H ...
clan. Osman Mahamuud was the son of Mahmud V ibn Yusuf, who had ruled the Sultanate from 1644 to 1660. Mahmud ''fils'' thereafter assumed the throne, governing under the regal title of Boqor (King). The Majeerteen Sultanate rose to prominence that century under Boqor Osman's guidance.

Due to consistent ship crashes along the northeastern
Cape Guardafui Cape Guardafui ( so, Gees Gardafuul, or Raas Caseyr, or Ras Asir, it, Capo Guardafui) is a headland in the autonomous Puntland region in Somalia. Coextensive with Puntland's Gardafuul administrative province, it forms the geographical apex of the ...
headland, Boqor Osman's kingdom entered into an informal agreement with
Britain Britain usually refers to: * United Kingdom The United Kingdom of Great Britain and Northern Ireland, commonly known as the United Kingdom (UK) or Britain,Usage is mixed. The Guardian' and Telegraph' use Britain as a synonym for the United ... 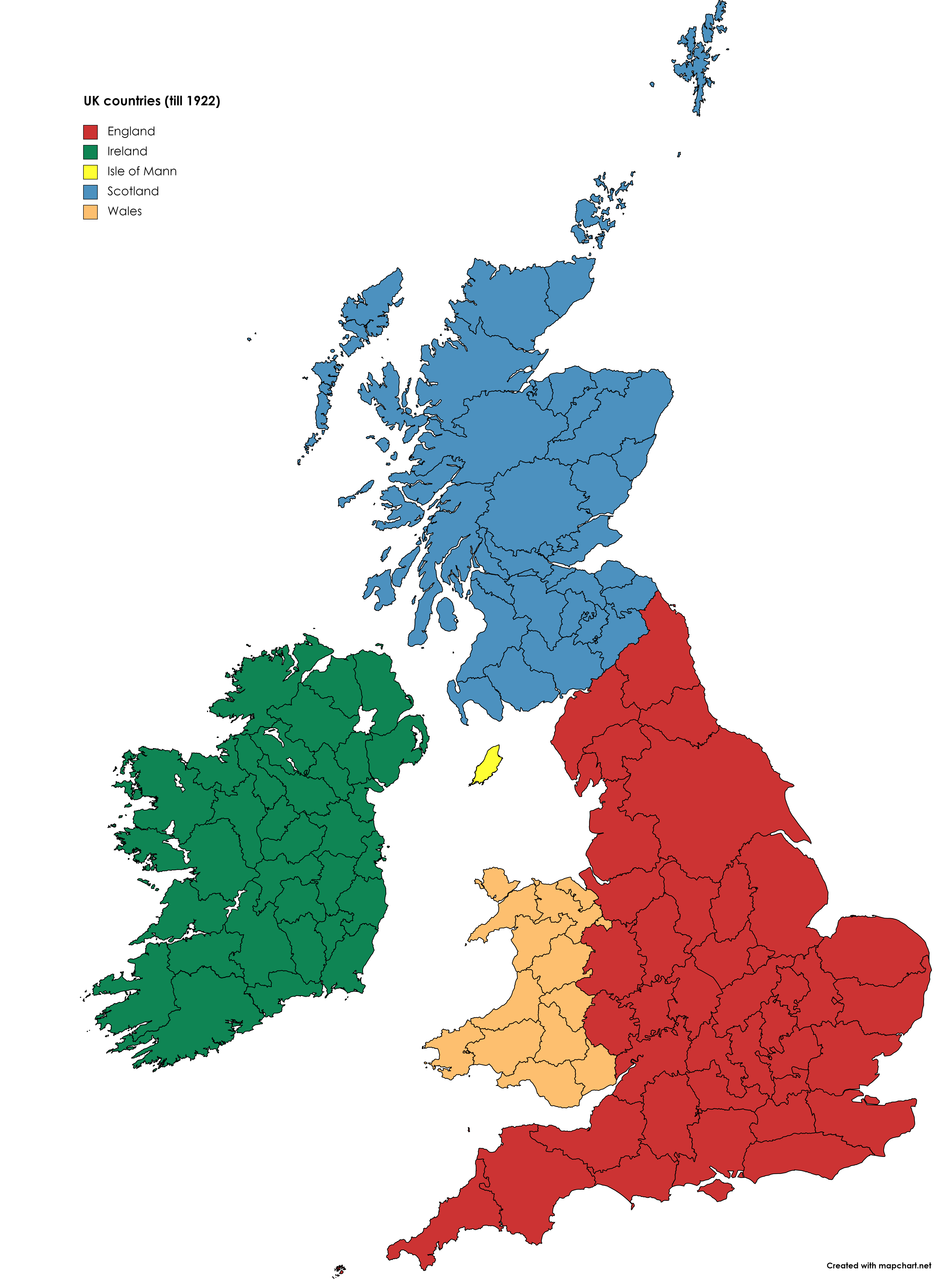 , wherein the British agreed to pay the King annual subsidies to protect shipwrecked British crews and guard wrecks against plunder. The agreement, however, remained unratified, as the British feared that doing so would "give other powers a precedent for making agreements with the Somalis, who seemed ready to enter into relations with all comers."

In the late 19th century, all extant Somali monarchs entered into treaties with one of the colonial powers, Abyssinia, Britain or Italy, except for Dhulbahante & Darawiish sultan Diiriye Guure. In late 1889, Boqor Osman entered into a treaty with the
Italians Italians ( it, italiani ) are a Romance Romance (from Vulgar Latin , "in the Roman language", i.e., "Latin") may refer to: Common meanings * Romance (love) Romance or Romantic love is an emotional feeling of love for, or a strong att ... 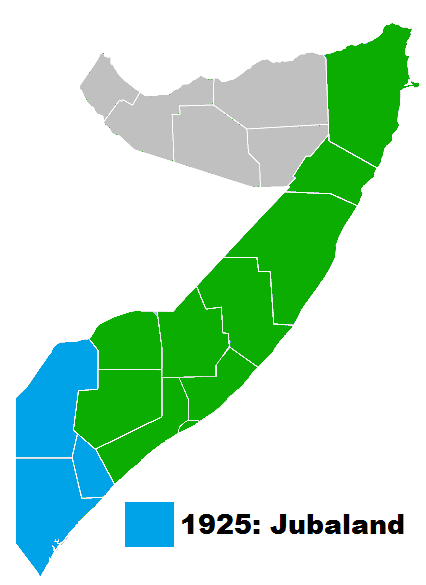 , making his realm an Italian
protectorate A protectorate is a state that is controlled and protected by another sovereign state. It is a dependent territory A dependent territory, dependent area, or dependency (sometimes referred as an external territory) is a territory that does not ...
. His rival Sultan
Yusuf Ali Kenadid Yusuf Ali Kenadid ( so, Yuusuf Cali Keenadiid; 1837 - 28 september 1911) was a Somali Sultan. He was the founder of the Sultanate of Hobyo in the 1870s. Along with Sultan Mohamoud Ali Shire of the Warsangali Sultanate and King Osman Mahamuud o ...
had signed a similar agreement vis-a-vis his own Sultanate the year before. Both rulers had signed the protectorate treaties to advance their own expansionist objectives, with Boqor Osman looking to use Italy's support in his ongoing power struggle with Kenadid over the Majeerteen Sultanate. In signing the agreements, the rulers also hoped to exploit the rival objectives of the European imperial powers so as to more effectively assure the continued independence of their territories. The terms of each treaty specified that Italy was to steer clear of any interference in the sultanates' respective administrations. In return for Italian arms and an annual subsidy, the Sultans conceded to a minimum of oversight and economic concessions. The Italians also agreed to dispatch a few ambassadors to promote both the sultanates' and their own interests.

*
Sultanate of Hobyo This article includes a list of successive Muslim state , caption = , active = {{Collapsible list , title = 1999–present , 1 = 1999: Established under the name of Jama'at al-Tawhid wal-Jihad , 2 = October 2004: Joined al ...
*
Yusuf Ali Kenadid Yusuf Ali Kenadid ( so, Yuusuf Cali Keenadiid; 1837 - 28 september 1911) was a Somali Sultan. He was the founder of the Sultanate of Hobyo in the 1870s. Along with Sultan Mohamoud Ali Shire of the Warsangali Sultanate and King Osman Mahamuud o ...
*
Ali Yusuf Kenadid Ali Yusuf Kenadid ( so, Cali Yuusuf Keenadiid, ar, علي يوسف كينايديض) was a Somalis, Somali ruler. He was the second Suldaan, Sultan of the Sultanate of Hobyo. History Ali Yusuf was born into a Majeerteen Darod family. His father, ...
* loloud Ali Shire *
Somali aristocratic and court titles This is a list of Somali aristocratic and court titles that were historically used by the Somali people's various sultanates, Realm, kingdoms and empires. Also included are the honorifics reserved for Islamic notables as well as traditional leader ...
* last direct descendant of boqor cusmaan