The 2016 New Hampshire Democratic presidential primary took place on February 9. As per tradition, it was the first primary and second nominating contest overall to take place in the cycle. Bernie Sanders defeated Hillary Clinton in the primary by a margin of more than 22% in the popular vote. Sanders claimed 15 delegates to Clinton's 9. It occurred on the same day as the Republican primary.

On December 19, 2015, the Democratic Party held their third debate at St. Anselm College in Goffstown, New Hampshire. Hosted by "World News Tonight" anchor David Muir and Chief Global Affairs Correspondent Martha Raddatz, it aired on ABC News. Ahead of the debate, WMUR-TV's co-sponsorship had been revoked by the DNC due to a labor dispute. Participants were Hillary Clinton, Bernie Sanders, and Martin O'Malley. The topics covered during the debate included Sanders' campaign's breach of Clinton's campaign data, strategy for defeating ISIS, gun control, the issue of whether to depose President Assad of Syria, if Wall Street favored each candidate, stability in the Middle East enforced by dictators and whether regime change was necessary, and the role of the First Spouse.

One of the highlights of the campaign is when the non-recognized candidates gather together to introduce themselves to the public at this event, which first was held in 1972. Due to the notorious glitter-bombing incident of the previous cycle, Vermin Supreme was pointedly dis-invited, but showed up anyway, and made the national news. Eighteen people showed up: Jon Adams, Eric Elbot, Rocky De La Fuente, Mark Greenstein, Henry Hewes, William McGaughey, Edward O'Donnell, Graham Schwass, Sam Sloan, Edward Sonnino, Michael Steinberg, and several others.

Unlike in previous years, initially, only a single authorized debate was scheduled to be held in New Hampshire. Initially planned as an unsanctioned debate, a debate on February 4 in Durham, New Hampshire was however later confirmed by the DNC. Hosted by Chuck Todd and Rachel Maddow, it was broadcast by NBC News. While Hillary Clinton, Bernie Sanders, and Martin O'Malley all confirmed their participation, O'Malley eventually came to suspend his campaign prior to the debate. Commentators of the debate cited the elevated discourse between the candidates. There was discussion on the death penalty (federal versus state), money in politics, and assessing Iran, North Korea and Russia as threats to national security. Clinton demanded that Sanders explain his "artful smears" of Clinton receiving campaign donations. Sanders responded by critiquing the inherently "quid-pro-quo" nature of Wall Street campaign donations. The exchange between the two candidates was called by Eric Levitz one of the best 10-minute exchanges in the history of American political debates. 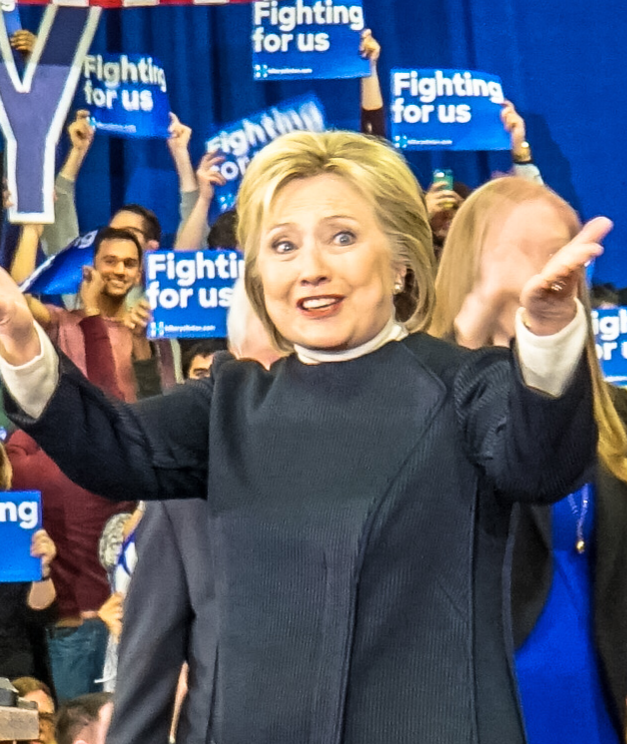 Sanders scored a landslide 22-point routing in the New Hampshire primary, thanks to what The New York Times described as a "harness fworking-class fury" against the so-called "establishment" candidates like Hillary Clinton, in a state known for its rebellious electorate. Sanders' win was propelled by younger voters, whom he won 74–25, men whom he won 67–32, self-identified Independents whom he won 73–25, and white voters whom he won 61-37 and who comprised 91% of the Democratic electorate in the Granite State. According to exit polls, a 53-45 majority of voters thought Clinton was not honest or trustworthy, while 89% said Sanders was honest. 61% of voters said they were dissatisfied or angry about the federal government. Sanders swept all income levels and educational attainment levels in the Granite State, except those who made more than $200k per year. Sanders swept all of the major cities, including Nashua, Dover, Concord, and Manchester. Sanders won along the seacoast 59–41, in the Manchester/Nashua area 54–44, in Concord/Ct. Valley 64–35, in the south 59–39, and in the north 65–33. Clinton only won three towns: Bedford, Millsfield, and Windham. Sanders' landslide victory was a clear regression for Clinton from 2008, when she had narrowly beaten Barack Obama in the 2008 New Hampshire primary thanks to support from populous southern New Hampshire. Both Sanders' percentage of the vote and margin of victory are the largest in a Democratic New Hampshire primary since John F. Kennedy in 1960.