Click Here for Items Related To - National Library of Israel


The National Library of Israel (NLI; he|הספרייה הלאומית|translit=HaSifria HaLeumit; ar|المكتبة الوطنية في إسرائيل), formerly Jewish National and University Library (JNUL; he|בית הספרים הלאומי והאוניברסיטאי|translit=Beit Ha-Sfarim Ha-Le'umi ve-Ha-Universita'i), is the library dedicated to collecting the cultural treasures of Israel and of Jewish heritage. The library holds more than 5 million books, and is located on the Givat Ram campus of the Hebrew University of Jerusalem. The National Library owns the world's largest collections of Hebraica and Judaica, and is the repository of many rare and unique manuscripts, books and artifacts. In August 2020, it closed for two weeks due to the financial and national government crisis associated with the COVID-19 pandemic. 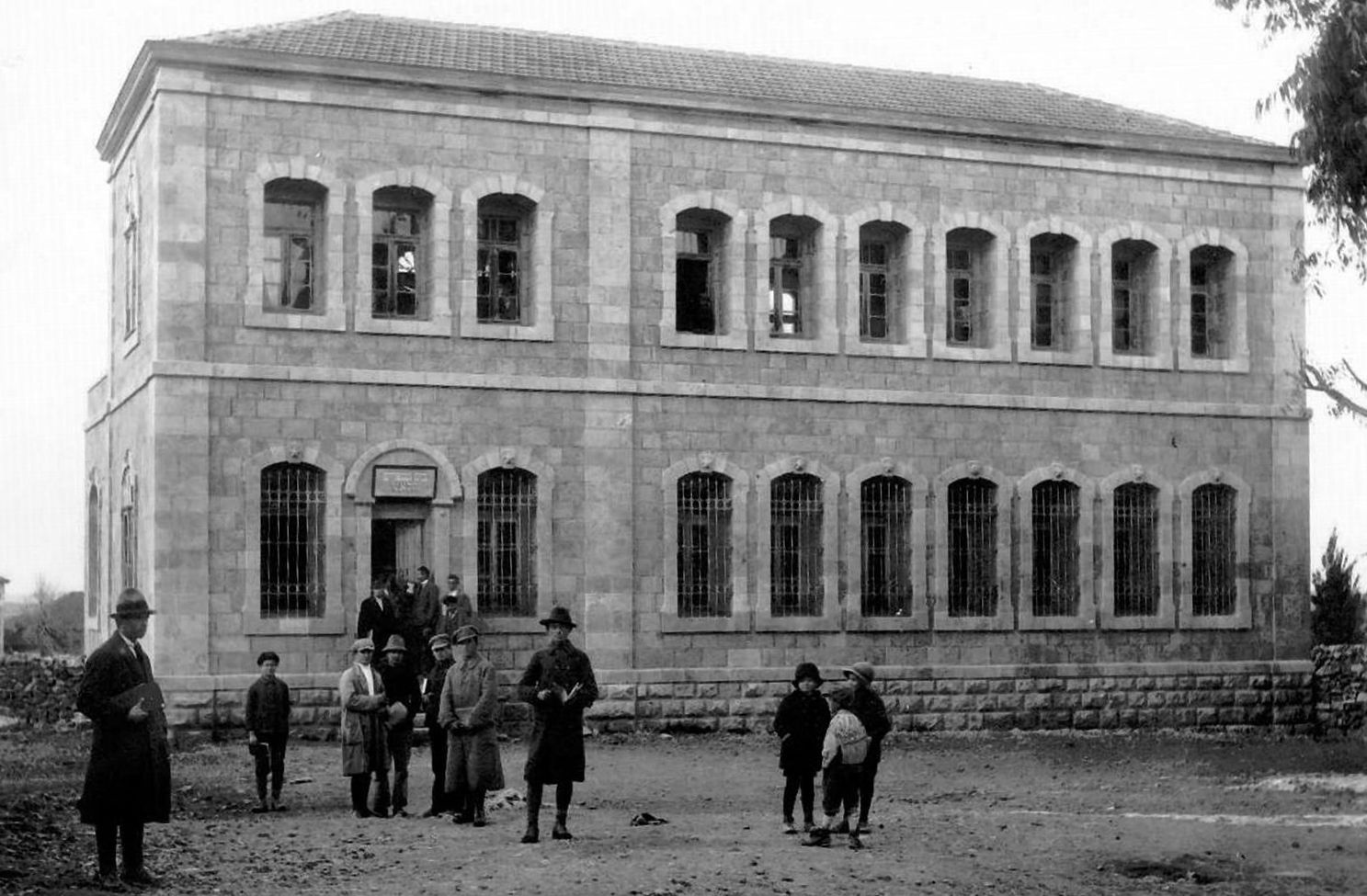 The establishment of a Jewish National Library in Jerusalem was the brainchild of Joseph Chazanovitz (1844–1919). His idea was creating a "home for all works in all languages and literatures which have Jewish authors, even though they create in foreign cultures." Chazanovitz collected some 15,000 volumes which later became the core of the library. The B'nai Brith library, founded in Jerusalem in 1892, was the first public library in Palestine to serve the Jewish community. The library was located on B'nai Brith street, between the Meah Shearim neighborhood and the Russian Compound. Ten years later, the Bet Midrash Abrabanel library, as it was then known, moved to Ethiopia Street.

In 1920, when plans were drawn up for the Hebrew University, the B'nai Brith collection became the basis for a university library. The books were moved to Mount Scopus when the university opened five years later. In 1948, when access to the university campus on Mount Scopus was blocked, most of the books were moved to the university's temporary quarters in the Terra Sancta building in Rehavia. By that time, the university collection included over one million books. For lack of space, some of the books were placed in storerooms around the city. In 1960, they were moved to the new JNUL building in Givat Ram. In the late 1970s, when the new university complex on Mount Scopus was inaugurated and the faculties of Law, Humanities and Social Science returned there, departmental libraries opened on that campus and the number of visitors to the Givat Ram library dropped. In the 1990s, the building suffered from maintenance problems such as rainwater leaks and insect infestation.

In 2011, the library launched a website granting public access to books, periodicals, maps, photos, and music from its collections.

In 2014, the project for a new home of the Library in Jerusalem was unveiled. The 34,000 square meters building, designed by the Basel-based architecture firm Herzog & de Meuron, is scheduled for full completion in 2021.

In August, 2020, the National Library announced its immediately forthcoming closure "until further notice" due to the ongoing financial and government crisis. The closure lasted for two weeks and the Library subsequently re-opened.

The library's mission is to secure copies of all material published in Israel, in any language; all publications on the subject of Israel, the Land of Israel, Judaism and the Jewish people, published in any language, in any country in the world; and all material published in Hebrew or any of the languages spoken in the Jewish Diaspora (such as Yiddish and Ladino). By law, two copies of all printed matter published in Israel must be deposited in the National Library. In 2001, the law was amended to include audio and video recordings, and other non-print media. Many manuscripts, including some of the library's unique volumes such the 13th century Worms Mahzor, have been scanned and are now available on the Internet.

Among the library's special collections are the personal papers of hundreds of outstanding Jewish figures, the National Sound Archives, the Eran Laor Cartographic Collection, The Sidney Edelstein Collection (for the history of science) and numerous other collections of Hebraica and Judaica. The library also possesses some of Isaac Newton's manuscripts dealing with theological subjects. The collection, donated by the family of the collector Abraham Yahuda, includes many works by Newton about mysticism, analyses of holy books, predictions about the end of days and the appearance of the ancient Temple in Jerusalem. It also contains maps that Newton sketched about mythical events to assist him in his end of days calculations. The library houses the personal archives of Martin Buber and ershom Scholem Additionally the library houses the Gershom Scholem Collection for the Research of Kabbalah and Hasidism, including the personal library of Gershom Scholem and items added since his death in 1982. Following the occupation of West Jerusalem by Haganah forces in May 1948, the libraries of a number Palestinians who fled the country as well as of other well-to-do Palestinians were transferred to the National Library. These collections included those of Henry Cattan, Khalil Beidas, Khalil al-Sakakini and Aref Hikmet Nashashibi. About 30,000 books were removed from homes in West Jerusalem, with another 40,000 taken from other cities in Mandatory Palestine. It is unclear whether the books were being kept and protected or if they were looted from the abandoned houses of their owners. About 6,000 of these books are in the library today indexed with the label AP – "Abandoned Property". The books are cataloged, can be viewed from the Library's general catalog and are regularly consulted by the public, including Arab scholars from all over the world. The National Library of Israel completed its collection of the Max Brod archive in August 2019.