Click Here for Items Related To - National Curriculum For England


The National Curriculum for England was first introduced by the
Education Reform Act 1988 The Education Reform Act 1988 is widely regarded as the most important single piece of education Education is the process of facilitating learning, or the acquisition of knowledge, skills, value (ethics), values, morals, beliefs, habits, ...
. At the time of its introduction the legislation applied to both England and Wales. However, education later became a devolved matter for the Welsh government. The National Curriculum is a set of subjects and standards used by primary and secondary schools so children learn the same things. It covers what subjects are taught and the standards children should reach in each subject. The current statutory National Curriculum dates from 2014 at which point it was introduced to most year groups across primary and secondary education. Some elements were introduced in September 2015. The National Curriculum sets out the content matter which must be taught in a number of subjects in "local authority–maintained schools".

There are two main aims presented in the statutory documentation for the National Curriculum, stating: # The national curriculum provides pupils with an introduction to the essential knowledge they require to be educated citizens. It introduces pupils to the best that has been thought and said, and helps engender an appreciation of human creativity and achievements. # The national curriculum is just one of the many elements in the education of every child. There is time and space in the school day and in each week, term and year to range beyond the national curriculum specifications. The national curriculum provides an outline of core knowledge around which teachers can develop exciting and stimulating lessons to promote the development of pupils’ knowledge, understanding and skills as part of the wider school curriculum. These aims set out to support the statutory duties of schools to offer a curriculum which is balanced and broadly based and which promotes the spiritual, moral, cultural, mental and physical development of pupils at the school and of society, while preparing pupils at the school for the opportunities, responsibilities and experiences of later life, as set out in the
Education Act 2002 The Education Act 2002 (c.32) is an Act of the Parliament of the United Kingdom The Parliament of the United Kingdom is the Parliamentary sovereignty in the United Kingdom, supreme Legislature, legislative body of the United Kingdom, the Cro ...
.

The National Curriculum, as released most recently in 2014, is set out for all year groups for pupils aged between 5 and 16. Within these ages, the curriculum is structured into four
Key Stage A key stage is a stage of the state education system in England England is a Countries of the United Kingdom, country that is part of the United Kingdom. It shares land borders with Wales to its west and Scotland to its north. The Irish S ...
s, for each of which a prescribed list of subjects must be taught. The table below sets out the statutory list of subjects to be taught at each Key Stage: For each of the statutory curriculum subjects, the
Secretary of State for Education The secretary of state for education, also referred to as the education secretary, is a secretary of state in the Government of the United Kingdom ga, Rialtas na Ríochta Aontaithe sco, Govrenment o the Unitit Kinrick , image = HM Go ...
is required to set out a Programme of Study which outlines the content and matters which must be taught in those subjects at the relevant Key Stages. The most recently published National Curriculum was introduced into schools in September 2014.

In addition, children in all Key Stages must be provided with a curriculum of
Religious Education In secular Secularity, also the secular or secularness (from Latin Latin (, or , ) is a classical language belonging to the Italic branch of the Indo-European languages. Latin was originally spoken in the area around Rome, known as La ...
, and for pupils in Key Stages 3 and 4 a curriculum of
Sex and Relationships Education

must also be provided. In addition to the compulsory subjects, students at
Key Stage 4 Key Stage 4 (KS4) is the legal term for the two years of school education which incorporate GCSE The General Certificate of Secondary Education (GCSE) is an academic qualification in a particular subject, taken in England England is a ...
have a statutory entitlement to be able to study at least one subject from the arts (comprising art and design, music, photography, dance, drama and media arts), design and technology (comprising design and technology, electronics, engineering, food preparation and nutrition), the humanities (comprising geography and history), business and enterprise (comprising business studies and economics) and one modern language. 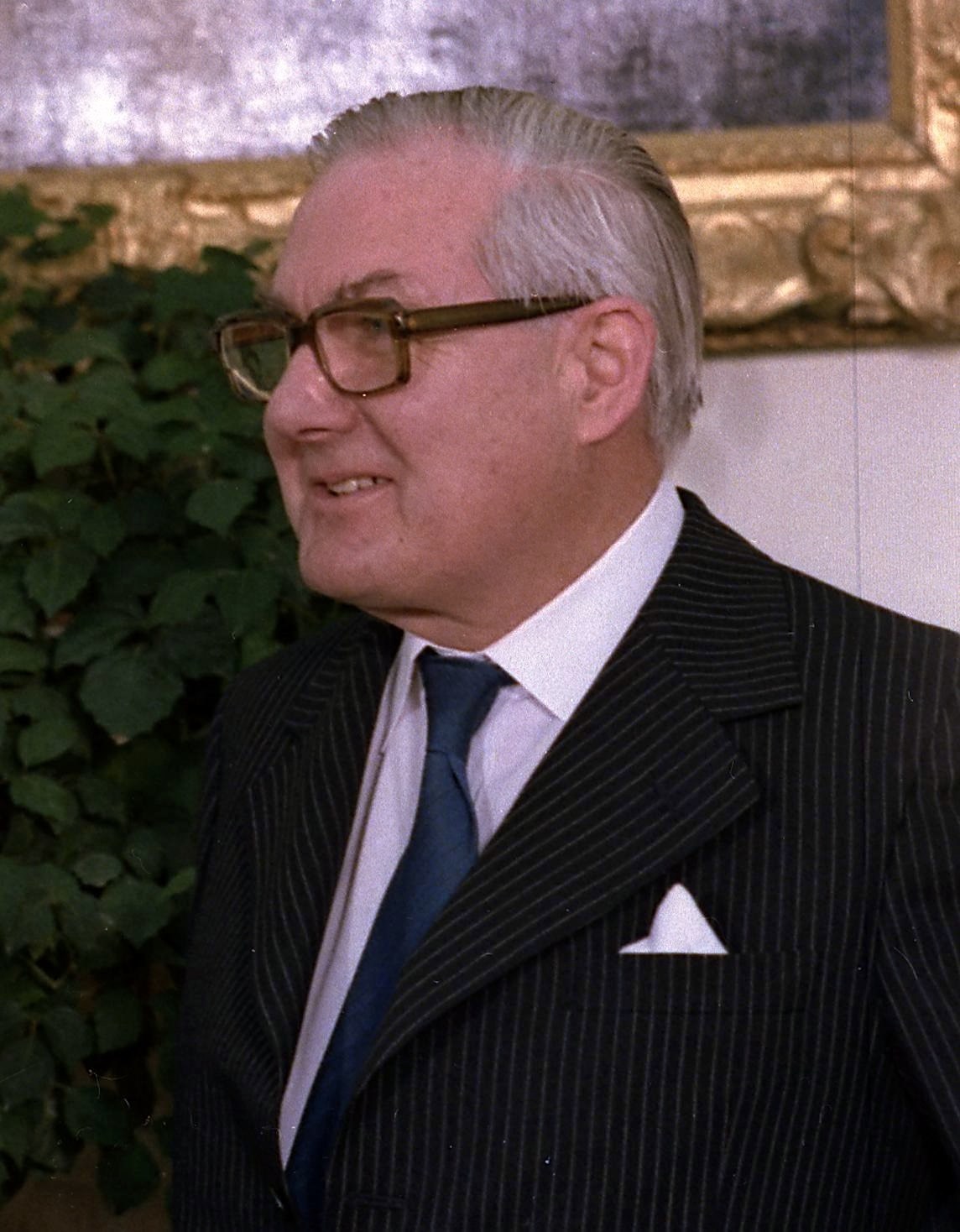 launched what became known as the "Great Debate". The speech has been called "revolutionary" in the context of its time, and that it "lit a flare that has illuminated education reform ever since". The speech intended to stimulate wide debate on the purpose of education in the UK:

These are proper subjects for discussion and debate. And it should be a rational debate based on the facts... It is not my intention to become enmeshed in such problems as whether there should be a basic curriculum with universal standards - although I am inclined to think there should be... The goals of our education, from nursery school through to adult education, are clear enough. They are to equip children to the best of their ability for a lively, constructive, place in society, and also to fit them to do a job of work. Not one or the other but both... Both of the basic purposes of education require the same essential tools. These are basic literacy, basic numeracy, the understanding of how to live and work together, respect for others, respect for the individual. This means requiring certain basic knowledge, and skills and reasoning ability. It means developing lively inquiring minds and an appetite for further knowledge that will last a lifetime. It means mitigating as far as possible the disadvantages that may be suffered through poor home conditions or physical or mental handicap. Are we aiming in the right direction in these matters?

The first statutory National Curriculum was introduced by the
Education Reform Act 1988 The Education Reform Act 1988 is widely regarded as the most important single piece of education Education is the process of facilitating learning, or the acquisition of knowledge, skills, value (ethics), values, morals, beliefs, habits, ...
by Kenneth Baker. The Programmes of Study were drafted and published in 1988 and 1989, with the first teaching of some elements of the new curriculum beginning in September 1989.

Under
Gillian Shephard Gillian Patricia Shephard, Baroness Shephard of Northwold, Privy Council of the United Kingdom, PC, Deputy Lieutenant, DL (''née'' Watts; born 22 January 1940), is an English Conservative Party (UK), Conservative politician. She was the Memb ...
's tenure as Education Secretary, a review of the National Curriculum was launched in 1994, led by Ron Dearing. Its objective was to find ways to 'slim down' the over-detailed curriculum. The final report set out the need to reduce the volume of statutory content, particularly at lower key stages, as well as recommending changes to methods of
assessment Assessment may refer to: Healthcare *Health assessment, identifies needs of the patient and how those needs will be addressed *Nursing assessment, gathering information about a patient's physiological, psychological, sociological, and spiritual st ...
. Consequently, an updated National Curriculum was published in 1995 which saw a considerable reduction in the content of the curriculum and a simplification in line with Dearing's recommendations.

When a new Labour government took office in 1997, its focus on English and Mathematics led to a decision to disapply the statutory Programmes of Study for the foundation subjects from September 1998, to allow schools to spend more time teaching literacy and numeracy. The Secretary of State,
David Blunkett David Blunkett, Baron Blunkett, (born 6 June 1947) is a British politician, now in the House of Lords The House of Lords, formally The Right Honourable the Lords Spiritual and Temporal of the United Kingdom of Great Britain and Northern I ...
, later announced another overhaul of the National Curriculum, particularly at primary level, to reduce the content in foundation subjects allowing more time to be spent on the core subjects of English, Mathematics and Science. A new National Curriculum was published in 1999, for first teaching in September 2000.

Further changes were announced by
Ed Balls Edward Michael Balls (born 25 February 1967) is a British broadcaster, writer, economist, professor and former politician who served as Secretary of State for Children, Schools and Families from 2007 to 2010. A member of the Labour Party Labou ...

in 2007 for the statutory curriculum for Key Stages 3 and 4, which again focused on removing some content from the documentation, while also adding some additional element, with the intended aim of additional flexibility for schools. These changes were introduced in September 2008, and were swiftly followed by proposed changes to the primary curriculum, based on a review to be led by Jim Rose. The review proposed replacing the 10 statutory subjects in Key Stages 1 and 2 with 6 broader 'areas of learning', such as "understanding English, communication and languages" and "human, social and environmental understanding". However, following the change of government in 2010, the plans for this change - proposed to begin in September 2011 - were abandoned, with schools advised to continue to follow the 2000 curriculum pending review.

Following his appointment as Education Secretary in 2010,
Michael Gove Michael Andrew Gove (; born Graeme Andrew Logan; 26 August 1967) is a British politician, journalist and author serving as Secretary of State for Levelling Up, Housing and Communities and Minister for Intergovernmental Relations since 2021. ...

commissioned an expert review panel to report on a framework for a new National Curriculum. The review was led by Tim Oates of
Cambridge Assessment University of Cambridge Local Examinations Syndicate (UCLES) is a non-teaching department of the University of Cambridge , mottoeng = Literal: From here, light and sacred draughts. Non literal: From this place, we gain enligh ...
, and reported in December 2011. It suggested significant changes to the structure of the National Curriculum, including dividing Key Stage 2 into two shorter (two-year) phases. In 2013, the government produced a draft National Curriculum, followed by a final version in September 2013, for first teaching in September 2014. Due to the short timescales for introduction, the curriculum was introduced only for certain subjects and year groups in 2014, with the core subjects in Years 2 and 6 (the final years of Key Stages 1 and 2) only becoming statutory in September 2015, to allow time for the introduction of new testing arrangements at the end of the Key Stages. Similarly, core subjects at Key Stage 4 are to be introduced on a year-by-year basis starting in September 2015 for English and Mathematics, and September 2016 for Science.

* Stephen Meredith, 2013, The Oratory of James Callaghan: 'We used to think that you could spend your way out of a recession...'; in Andrew Crines & Richard Hayton (eds.), Labour Orators from Aneurin Bevan to Gordon Brown, Manchester University Press, 2013 *