Mongkut, also known as King Rama IV, reigning title Phra Chom Klao Chao Yu Hua) (18 October 18041 October 1868), was the fourth monarch of Siam (Thailand) under the House of Chakri, ruling from 1851 to 1868. Posthumously, he was known as Phra Siam Thewa Mahamakut Witthaya the Great (Thai: พระสยามเทวมหามกุฏวิทยมหาราช). Outside Thailand, he is best known as the king in the 1951 musical and 1956 film ''The King and I'', based on the 1946 film ''Anna and the King of Siam''in turn based on a 1944 novel by an American missionary about Anna Leonowens' years at his court, from 1862 to 1867. Siam first felt the pressure of Western expansionism during his reign. Mongkut embraced Western innovations and initiated the modernization of his country, both in technology and culture—earning him the nickname "The Father of Science and Technology" in Siam. Mongkut was also known for appointing his younger brother, Prince Chutamani, as Second King, crowned in 1851 as King Pinklao. Mongkut assured the country that Pinklao should be respected with equal honor to himself (as King Naresuan had done with his brother Ekathotsarot in 1583). During Mongkut's reign, the power of the House of Bunnag reached its zenith: It became the most powerful noble family of Siam.

Mongkut (, literal meaning: ''crown'') was the second son of Prince Isarasundhorn, son of Phutthayotfa Chulalok, the first Chakri king of Siam (King Rama I) and Princess Bunreod. Mongkut was born in the Old (Thonburi) Palace in 1804, where the first son had died shortly after birth in 1801. He was followed by Prince Chutamani () in 1808. In 1809, Prince Isarasundhorn was crowned as Buddha Loetla Nabhalai (later styled King Rama II.) The royal family then moved to the Grand Palace. Thenceforth, until their own accessions as kings, the brothers ( ) were called Chao Fa Yai () and Chao Fa Noi (). 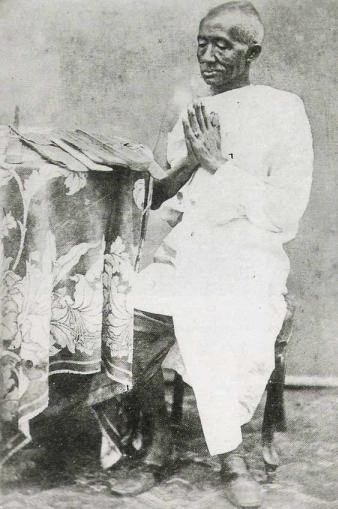 In 1834, Mongkut became a Buddhist monk (ordination name ''Vajirayan''; Pali ''Vajirañāṇo''), following a Siamese tradition that men aged 20 should become monks for a time. The same year, his father died. By tradition, Mongkut should have been crowned the next king, but the nobility instead chose the older, more influential and experienced Prince Jessadabodindra (Nangklao), son of a royal concubine rather than a queen. Perceiving the throne was irredeemable and to avoid political intrigues, Mongkut retained his monastic status. Vajirayan became one of the members of the royal family who devoted his life to religion. He travelled around the country as a monk and saw the relaxation of the rules of Pali Canon among the Siamese monks he met, which he considered inappropriate. In 1829, at Phetchaburi, he met a monk named Buddhawangso, who strictly followed the monastic rules of discipline, the vinaya. Vajirayan admired Buddhawangso for his obedience to the vinaya, and was inspired to pursue religious reforms. In 1835 he began a reform movement reinforcing the vinaya law that evolved into the Dhammayuttika Nikaya, or Thammayut sect. A strong theme in Mongkut's movement was that, "…true Buddhism was supposed to refrain from worldly matters and confine itself to spiritual and moral affairs." Mongkut eventually came to power in 1851, as did his colleagues who had the same progressive mission. From that point on, Siam more quickly embraced modernization. Vajirayan initiated two major revolutionary changes. Firstly, he fought for the people to embrace modern geography, among other sciences considered "Western." Secondly he sought reform in Buddhism and, as a result, a new sect was created in Siamese Theravada Buddhism. Both revolutions challenged the purity and validity of the Buddhist order as it was practiced in Siam at the time. 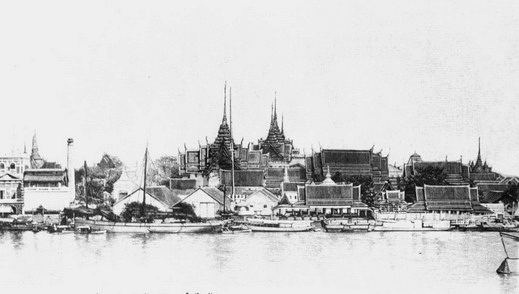 In 1836, Vajirayan arrived at Wat Bowonniwet in what is now Bangkok's central district, but was then the city proper, and became the wat's first abbot (). During this time, he pursued a Western education, studying Latin, English, and astronomy with missionaries and sailors. Vicar Pallegoix of the Roman Catholic Archdiocese of Bangkok lived nearby; the two became close friends, and Vajirayan invited Pallegoix to preach Christian sermons in the wat. Vajirayan admired Christian morals and achievements as presented by the vicar, but could make nothing of Christian doctrine. It was then he made the comment later attributed to him as king: "What you teach people to do is admirable, but what you teach them to believe is foolish." King Mongkut would later be noted for his excellent command of English, although it is said that his younger brother, Viceroy Pinklao, could speak it even better. Mongkut's first son and heir, Chulalongkorn, granted the Thammayut sect royal recognition in 1238 through the Ecclesiastical Polity Act; it became one of the two major Buddhist denominations in modern Thailand. Chulalongkorn also persuaded his father's 47th child, Vajirañana, to enter the order and he rose to become the 10th Supreme Patriarch of Thailand from 1910 to 1921. 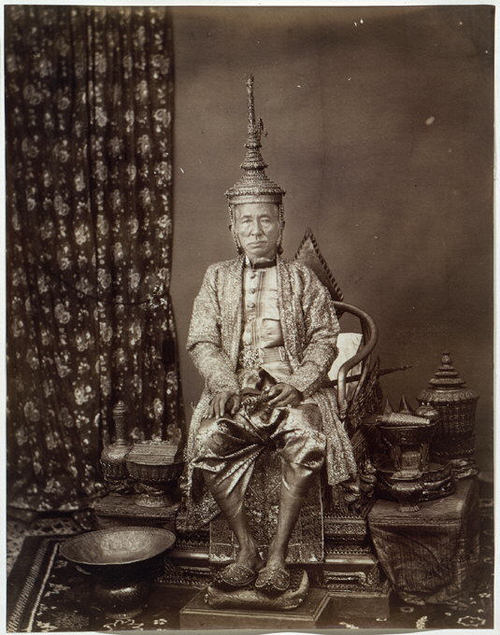 Accounts vary about Nangklao's intentions regarding the succession. It is recorded that Nangklao verbally dismissed the royal princes from succession for various reasons; Prince Mongkut was dismissed for encouraging monks to dress in the Mon style. Some said, however, that Nangklao wished his throne to be passed to his son, Prince Annop, and that he gave his bracelet which had been passed down from Phutthayotfa Chulalok to the prince. However, Dis Bunnak switched the bracelet for a forged one, thus preventing Annop from inheriting the throne. Prince Mongkut was indeed supported by the pro-British Dis Bunnak who was the ''Samuha Kalahom'', or Armed Force Department's president, and the most powerful noble during the reign of Rama III. He also had the support of British merchants who feared the growing anti-Western sentiment of the previous monarch and saw the 'prince monk' Mongkut as the 'champion' of European influence among the royal elite. Bunnak, with the supporting promise of British agents, sent his men to the leaving-from-monk-status ceremony for Prince Mongkut even before Nangklao's death. With the support of powerful nobility and the Great Power, Britain, Mongkut's ascension to the throne was ensured. After his twenty-seven years of monastic life, King Mongkut voluntarily defrocked and ascended the throne in 1851, aged 47. He took the name ''Phra Chom Klao'', although foreigners continued to call him King Mongkut. The king was well known among the foreigners, particularly some British officers, as pro-British. Sir James Brooke, a British delegation, even praised him as 'our own king', and showed his support of him as a new king of Siam. Having been celibate for 27 years, he now set about building the biggest Royal Family of the Chakri Dynasty. In the "Inside" of the Palace there was a veritable city of women—reports say three thousand or more. They were mostly servants, guards, officials, maids and so on, but Mongkut acquired 32 wives, and by the time he died, aged 64, he had 82 children.

His awareness of possibility of an outbreak of war with the European powers led him to institute many innovative activities. He ordered the nobility to wear shirts while attending his court; this was to show that Siam was a "modern" nation from the Western point of view. However, Mongkut's own astrological calculations pointed out that his brother, Prince Isaret, was as well-favored as himself to be the monarch. So, Mongkut then crowned his brother as King Pinklao, the second king. As a prince, Pinklao was known for his abilities in foreign languages and relations. Mongkut also raised his supporter Dis Bunnak to ''Somdet Chao Phraya'' Borom Maha Prayurawongse (''Somdet Chao Phraya'' was the highest rank of nobility on a par with royalty) and made him his regent kingdom-wide. Mongkut also appointed Dis Bunnak's brother, Tat Bunnak, as ''Somdet Chao Phraya'' Borom Maha Pichaiyat, as his regent in Bangkok. As a result, the administrative power of Siam rested largely in the hands of the two Bunnaks, Dis and Tat. Upon his coronation, Mongkut married his first wife, Queen Somanat. However, Queen Somanat died in the same year. He then married his half-grandniece, ''Mom Chao'' Rampoei Siriwongse, later Queen Debsirindra.

In 1849, there were upheavals in the Shan State of Kengtung and Chiang Hung kingdom in response to weakened Burmese influence. However, the two states then fought each other and Chiang Hung sought Siamese support. Nangklao saw this as an opportunity to gain control over Shan states but he died in 1851 before this plan was realized. In 1852, Chiang Hung submitted the request again. Mongkut sent Siamese troops northwards but the armies were turned aside by the mountainous highlands. In 1855 the Siamese marched again and reached Kengtungthough with even greater difficulty. They laid siege on Kengtung for 21 days. However, the resources of the Siamese army ran out and the army had to retreat.

Accompanying the influx of Western visitors to Siam was the notion of a round earth. By many Siamese, this was difficult to accept, particularly by religious standards, because Buddhist scripture described the earth as being flat. The ''Traiphum'', which was a geo-astrological map created before the arrival of Westerners, described "…a path between two mountain ranges through which the stars, planets, moon and sun pass." Religious scholars usually concluded that Buddhist scriptures "…were meant to be taken literally only when it came to matters of spiritual truth; details of natural science are revealed figuratively and allegorically." Mongkut claimed to have abandoned the Traiphum cosmology before 1836. He claimed that he already knew of the round state of earth 15 years before the arrival of American missionaries, but the debate about Earth's shape remained an issue for Siamese intellectuals throughout the 1800s.

During his reign, Mongkut urged his royal relatives to have "a European-style education." The missionaries, as teachers, taught modern geography and astronomy, among other subjects. Six years after Mongkut's death, the first Thai-language geography book was published in 1874, called ''Phumanithet'' by J.W. Van Dyke. However, geography was only taught in select schools, mainly those that were run by American missionaries with English programs for upper secondary students. Thongchai Winichakul argues that Mongkut's efforts to popularize Western geography helped bring reform to education in Siam.

1852 saw an influx of English and American missionaries into Siam as Mongkut hired them to teach the English language to the princes. He also hired Western mercenaries to train Siamese troops in Western style. In Bangkok, American Dan Beach Bradley had already reformed the printing and then resumed the publishing of Siam's first newspaper, the ''Bangkok Recorder''. However, the missionaries were not as successful when it came to making religious conversions. However, Mongkut did not abandon the traditional culture of Siam. In 1852, he ordered the nobles of the court to wear upper garments. Previously, Siamese nobles were forbidden to wear any shirts to prevent them from hiding any weapons in it and met the king bare-chested. The practice was criticized by Westerners and so Mongkut ended it. For Buddhism, Mongkut pioneered the rehabilitation of various temples. He also began the ''Magha Puja'' (มาฆบูชา) festival in the full moon of the third lunar month, to celebrate Buddha's announcement of his main principles. He instigated the Recompilation of Tripitaka in Siam according to Theravada traditions. He also formally established the Thammayut sect as a rightful branch of Theravada. Mongkut also improved women's rights in Siam. He released a large number of royal concubines to find their own husbands, in contrast to how his story has been dramatized. He banned forced marriages of all kinds and the selling of one's wife to pay off a debt. In contrast to the previous king, Nangklao, Mongkut didn't see the importance of sending envoys to the Qing dynasty court, as the mission symbolised Siam's subjection to the Qing emperors and because the Qing dynasty was then not so powerful as it had once been, as it was itself threatened by Western powers.

In 1854, John Bowring, the Governor of Hong Kong in the name of Queen Victoria, came to Siam to negotiate a treaty. For the first time Siam had to deal seriously with international laws. Prayurawongse negotiated on the behalf of the Siamese. The result was the Bowring Treaty between the two nations.