The Missouri Botanical Garden is a
botanical garden A botanical garden or botanic gardenThe terms ''botanic'' and ''botanical'' and ''garden'' or ''gardens'' are used more-or-less interchangeably, although the word ''botanic'' is generally reserved for the earlier, more traditional gardens. is ...

located at 4344 Shaw Boulevard in
St. Louis, Missouri St. Louis () is the second-largest city in Missouri Missouri is a state State may refer to: Arts, entertainment, and media Literature * ''State Magazine'', a monthly magazine published by the U.S. Department of State * The State ( ...

Henry Shaw. Its
herbarium A herbarium (plural: herbaria) is a collection of preserved plant Plants are predominantly photosynthetic Photosynthesis is a process used by plants and other organisms to Energy transformation, convert light energy into chemical ener ...
, with more than 6.6 million specimens, is the second largest in North America, behind that of the
New York Botanical Garden The New York Botanical Garden (NYBG) is a botanical garden at Bronx Park in the Bronx, New York City. Established in 1891, it is located on a site that contains a landscape with over one million living plants; the Enid A. Haupt Conservatory, a ...

. The ''
Index Herbariorum The Index Herbariorum provides a global directory of herbaria A herbarium (plural: herbaria) is a collection of preserved plant Plants are predominantly photosynthetic Photosynthesis is a process used by plants and other organisms t ...
'' code assigned to the herbarium is MO and it is used when citing housed specimens.

conservatory; a children's garden, including a pioneer village; a playground; a fountain area and a water locking system, somewhat similar to the locking system at the
Panama Canal The Panama Canal ( es, Canal de Panamá, link=no) is an artificial waterway in Panama Panama ( , ; es, link=no, Panamá ), officially the Republic of Panama ( es, República de Panamá), is a List of transcontinental countries#Nor ... 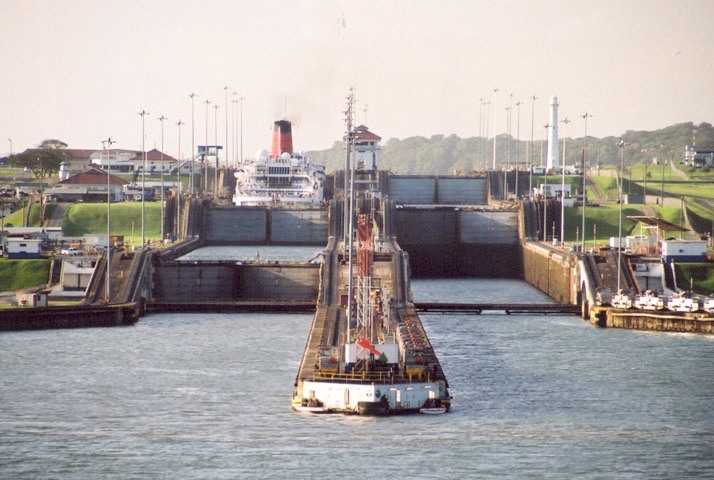 ; an Osage camp; and Henry Shaw's original 1850 estate home. It is adjacent to
Tower Grove Park Tower Grove Park is a urban area, municipal park in the city of St. Louis, Missouri. Most of its land was donated to the city by Henry Shaw (botanist), Henry Shaw in 1868. It is on 289 acres (1.17 km²) adjacent to the Missouri Botanical Gard ...
, another of Shaw's legacies. For part of 2006, the Missouri Botanical Garden featured "Glass in the Garden", with glass sculptures by
Dale Chihuly Dale Chihuly () (born September 20, 1941) is an American Glass art, glass artist and entrepreneur. He is perhaps best known in the field of Glassblowing, blown glass, "moving it into the realm of large-scale sculpture". Early life Dale Patrick ...
placed throughout the garden. Four pieces were purchased to remain at the gardens. In 2008 sculptures of the French artist Niki de Saint Phalle were placed throughout the garden. In 2009, the 150th anniversary of the garden was celebrated, including a floral clock display. After 40 years of service to the garden, Dr.
Peter Raven Peter Hamilton Raven (born June 13, 1936) is an American botanist and environmentalist, notable as the longtime director, now President Emeritus, of the Missouri Botanical Garden. Early life On June 13, 1936, Raven was born in Shanghai, China t ...
retired from his presidential post on September 1, 2010. Dr.
Peter Wyse Jackson Peter Sherlock Wyse Jackson was born (1955) in Kilkenny, Ireland, and is a graduate of Trinity College Dublin in Biology, with whose botanic gardens he was associated. His father, Robert Wyse Jackson, was Bishop of Limerick and Dean of Cashel. W ...
replaced him as President.

Leaders of the garden

* Henry Shaw (founder) until his death in 1889 *
William Trelease William Trelease (February 22, 1857 – January 1, 1945) was an American botanist, entomologist, explorer, writer and educator. This botanist is denoted by the List of botanists by author abbreviation, author abbreviation Trel. when Author citation ...
, director, 1889 to 1912 *
George Thomas Moore George Thomas Moore (1871–1956) was a United States of America, U.S. botanist, who specialised in phycology, the study of algae. Moore was the director of the Missouri Botanical Garden in St. Louis, Missouri from 1912 to 1953. Moore was born ...
, director, 1912 to 1953 *
Edgar Anderson Edgar Shannon Anderson (November 9, 1897 – June 18, 1969) was an United States, American botanist. His 1949 book ''Introgressive Hybridization'' was an original and important contribution to Genetics, botanical genetics. Career Anderson was b ...
, director, 1954 to 1957 *
Frits Warmolt Went Frits Warmolt Went (May 18, 1903 – May 1, 1990) was a Dutch Dutch commonly refers to: * Something of, from, or related to the Netherlands * Dutch people () * Dutch language () *Dutch language , spoken in Belgium (also referred as ''flemish'') ...
, director, 1958 to 1963
David Gates
director, 1965 to 1971 *
Peter H. Raven Peter Hamilton Raven (born June 13, 1936) is an American botanist Botany, also called , plant biology or phytology, is the science of plant life and a branch of biology. A botanist, plant scientist or phytologist is a scientist who special ...
, director, 1971 to 2006; president and director, 2006 to 2010 *
Peter Wyse Jackson Peter Sherlock Wyse Jackson was born (1955) in Kilkenny, Ireland, and is a graduate of Trinity College Dublin in Biology, with whose botanic gardens he was associated. His father, Robert Wyse Jackson, was Bishop of Limerick and Dean of Cashel. W ...
, president, appointed 2010

The garden is a place for many annual cultural festivals, such as the Japanese Festival and the Chinese Culture Days by the St. Louis Chinese Culture Days Committee. During this time, there are showcases of the culture's botanics as well as cultural arts, crafts, music and food. The Japanese Festival features
sumo is a form of competitive full-contact wrestling where a ''rikishi'' (wrestler) attempts to force his opponent out of a circular ring (''dohyō'') or into touching the ground with any body part other than the soles of his feet (usually by thr ... 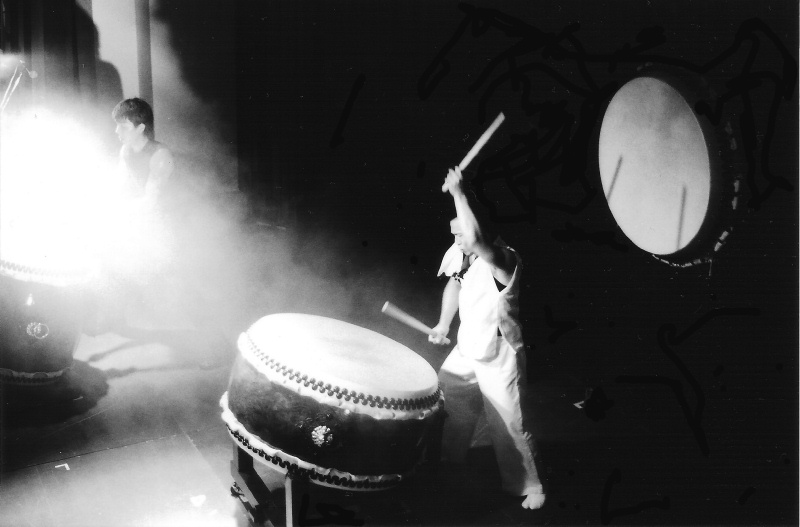 drumming, koma-mawashi top spinning, and
kimono The is a traditional Japanese garment and the national dress of Japan Japan ( ja, 日本, or , and formally ) is an in . It is situated in the northwest , and is bordered on the west by the , while extending from the in the ...

fashion shows. The garden is known for its
bonsai Bonsai ( ja, 盆栽, , tray planting, ) is a Japanese version of the original traditional Chinese art ''penjing'' or ''penzai''. Unlike ''penjing'', which utilizes traditional techniques to produce entire natural sceneries in small pots that ...

growing, which can be seen all year round but is highlighted during the multiple Asian festivals.

Douglas Trumbull, the director of the 1972 science fiction classic film ''Silent Running'', stated that the geodesic domes on the spaceship ''Valley Forge'' were based on the Missouri Botanical Garden's Climatron dome.

The EarthWays Center is a group at the Missouri Botanical Garden that provides resources on and educates the public about green practices, renewable energy, energy efficiency, and other sustainability matters.

The Shaw Nature Reserve was started by the Missouri Botanical Garden in 1925 as a place to store plants away from the pollution of the city. The air in St. Louis later cleared up, and the reserve has continued to be open to the public for enjoyment, research, and education ever since. The reserve is located in Gray Summit, Missouri, away from the city.

The Plant List is an Internet encyclopedia project to compile a comprehensive list of botanical nomenclature, created by the Royal Botanic Gardens, Kew, and the Missouri Botanical Garden. The Plant List has 1,040,426 scientific plant names of species rank, of which 298,900 are accepted species names. In addition, the list has 620 plant families and 16,167 plant genera.

Monsanto had donated $10 million to the Missouri Botanical Garden since the 1970s, which named its 1998 plant science facility the "Monsanto Center". The center has since been renamed to the "Bayer Center" following Monsanto#Sale_to_Bayer, Monsanto's acquisition by Bayer.

* ''Annals of the Missouri Botanical Garden'' *
Novon: A Journal for Botanical Nomenclature
'

* List of botanical gardens and arboretums in the United States * Peter F. Stevens, a biologist working in the Missouri Botanical Garden * List of National Historic Landmarks in Missouri * National Register of Historic Places listings in St. Louis south and west of downtown