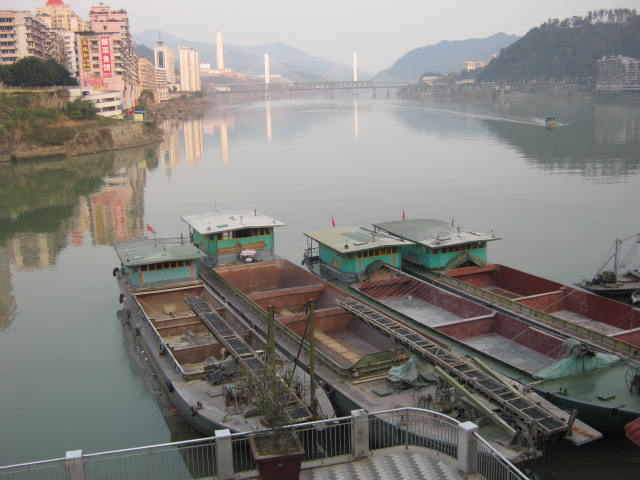 The Min River (; Foochow Romanized: ''Mìng-gĕ̤ng''; Pe̍h-ōe-jī: Bân-kang; Kienning Colloquial Romanized: Ma̿ing-gó̤ng) is a -long river in Fujian province, People's Republic of China. It is the largest river in Fujian, and an important water transport channel. Most of northern and central Fujian is within its drainage area. The provincial capital, Fuzhou, sits on the lower Min River, with its historic center being on the northern side of the river, even closer to its fall into the East China Sea; the location historically made it an important port.

The source of the Min River is generally regarded as the Futun Brook in the far northwest of the basin, for a total length of 577 km. However, the furthest geographic source is actually the Suixi Brook by 12.5 km over the Bexi/Futun. The Suixi Brook is also the largest fork of the Jinxi River, which carries more water that the Futun at the point where the two meet. So although the generally accepted source is the Bexi Brook, in reality the Suixi is both the geographic and hydrological source of the Minjiang.