Click Here for Items Related To - Military operations other than war


Military operations other than war (MOOTW) focus on deterring war, resolving conflict, promoting peace, and supporting civil authorities in response to domestic crises. The phrase and acronym were coined by the United States military during the 1990s, but it has since fallen out of use. The UK military has crafted an equivalent or alternate term, ''peace support operations'' (PSO). Both MOOTW and PSO encompass peacekeeping, peacemaking, peace enforcement and peace building. MOOTW not involving the use or threat of force include humanitarian assistance and
disaster response Disaster response is the second phase of the disaster management cycle. It consists of a number of elements, for example; warning/evacuation, search and rescue, providing immediate assistance, assessing damage, continuing assistance and the immedia ...
. Special agreements exist which facilitate fire support operations within NATO and the ABCA quadripartite working group, which includes American, British, Canadian and Australian military contingents. Cooperation is organized in advance with NATO standardisation agreements (STANAGs) and quadripartite standardisation agreements (QSTAGs). Many countries which need disaster support relief have no bilateral agreements already in place; and action may be required, based on the situation, to establish such agreements. MOOTW also involves
arms control Arms control is a term for international restrictions upon the development, production, stockpiling, proliferation and usage of small arms, conventional weapons, and weapons of mass destruction. Arms control is typically exercised through the us ...
and
peacekeeping Peacekeeping comprises activities intended to create conditions that favour lasting peace. Research generally finds that peacekeeping reduces civilian and battlefield deaths, as well as reduces the risk of renewed warfare. Within the United N ...
. The United Nations (UN) recognises the vulnerability of civilians in armed conflict. Security Council resolution 1674 (2006) on the protection of civilians in armed conflict enhances international focused attention on the protection of civilians in UN and other peace operations. The implementation of paragraph 16 anticipates that peacekeeping missions are provided with clear guidelines regarding what missions can and should do to achieve protection goals; that the protection of civilians is given priority in decisions about the use of resources; and that protection mandates are implemented.

MOOTW purposes may include deterring potential aggressors, protecting national interests and support the United Nations (UN) objectives. Peacetime and conflict represent two states of the range of military operations. * Peacetime is a state in which diplomatic, economic, informational, and military powers are employed in combination with each other to achieve national objectives. * Conflict is a unique environment in which the military works closely with diplomatic leaders to control hostilities; and the national objective is focused on the goal of returning to peacetime conditions. Planners are challenged to find ways to resolve or work around unique arrays of inter-related constraints, e.g., issues related to budgeting, training and force structure. The uncertainties which are inherent or implied include the varying political aspects which are likely to affect unanticipated MOOTW.

The Australian Defence Forces has turned attention to the study and understanding of a changing geo-strategic environment. MOOTW becomes more important where the options for traditional application of military instruments are growing more limited. Australian participation in UN peacekeeping operations began in 1947.

The non-traditional missions of the Chinese armed forces have evolved as an increasingly used tool of statecraft. The People's Liberation Army (PLA) established specialized forces for military operations other than war. Current planning anticipates five specialized groups, including (a) flood and disaster relief forces, (b) post-earthquake emergency rescue forces, (c) emergency rescue forces for nuclear, chemical and biological disasters, (d) emergency relief force for transportation facilities and (e) international peacekeeping force. MOOTW have been a subject of study at the National Defence University (NDU), which became a venue for examining the practical experience of equipment use and support. The characteristics, rules, contents and methods of equipment use and support in MOOTW were evaluated.

The military in Japan is affected by Japan's pacifist post-war constitution. This affects classification of the ''Hyūga'' class helicopter carriers, which are ships of the
Japan Maritime Self-Defense Force , also simply known as the Japanese Navy, is the maritime warfare Naval warfare is human Humans (''Homo sapiens'') are the most populous and widespread species of primates, characterized by bipedality, opposable thumbs, hairlessness ...
(JMSDF). The missions of these ships are limited to "military operations other than war."

The prescience of Sir
Julian Corbett Sir Julian Stafford Corbett (12 November 1854 at Walcot House, Kennington Road, Lambeth – 21 September 1922 at Manor Farm, Stopham, Pulborough, Sussex) was a prominent United Kingdom, British Naval history, naval historian and Geostrategy, g ...
(1854–1922) and his strategic point of view are reflected in contemporary applications of MOOTW, which extend and reinvigorate Corbettian formulations. The evolution of British tactics in the
Malayan Emergency The Malayan Emergency, also known as the Anti–British National Liberation War (1948–1960) was a guerrilla war fought in British Malaya The term "British Malaya" (; ms, Tanah Melayu British) loosely describes a set of states on the ...
(1948–1960) illustrates lessons learned the hard way. The British developed a strategy with elements similar to "military operations other than warfare." Lieutenant General Sir Harold Briggs proposed "two key goals to accomplish in order to end the insurgency—first, to protect the population, and second to isolate them from the guerrillas." British peacekeeping troops in Bosnia in the late 1990s attended to similar objectives in a process of re-establishing "normalcy."

* 2005 Nias–Simeulue earthquake: Emergency relief and medical assistance. * 1990–1994 Operation Promote Liberty: Occupation and peacekeeping mission in Panama after the 1989
United States invasion of Panama The United States Invasion of Panama, codenamed Operation Just Cause, lasted over a month between mid-December 1989 and late January 1990. It occurred during the administration of President George H. W. Bush and ten years after the Torrijos– ...
. * 1991
Operation Eastern Exit Operation Eastern Exit was the codename given to the military evacuation of the Embassy of the United States, Mogadishu, United States embassy in Mogadishu, the capital of Somalia, in January 1991. In late December 1990, violence quickly envelope ...
: Noncombatant evacuation operation to evacuate diplomatic staff and civilians, from the US and 29 other countries, from the US Embassy in Mogadishu, Somalia as the city plunged into near-anarchy during the
Somali Civil War The Somali Civil War ( so, Dagaalkii Sokeeye ee Soomaaliya; ar, الحرب الأهلية الصومالية) is an ongoing civil war A civil war, also known as an intrastate war in polemology, is a war between organized groups with ...
. * 2001–present
Operation Enduring Freedom Operation Enduring Freedom (OEF) was the official name used by the U.S. government The federal government of the United States (U.S. federal government) is the national government of the United States The United States of Amer ...
: Bush Doctrine continuous operation across numerous countries, mainly Afghanistan, Pakistan, Kyrgyzstan and Uzbekistan. *
2011 military intervention in Libya On 19 March 2011, a multi-state NATO-led coalition began a military intervention in Libya, to implement United Nations Security Council Resolution 1973, in response to events during the First Libyan Civil War. With ten votes in favour and five ...
: UN-authorized no-fly zone enforcement in defense of rebel factions in Libya.

The Singapore Armed Forces (SAF) anticipates a continuing need for conventional military competence into the foreseeable future, but missions in which the use of minimal force is the rule rather than the exception are expected to grow in importance. Proficiency in MOOTW requires a much greater and somewhat different set of skill sets than traditional war-fighting. In this context, the SAF is developing new training programmes for small unit leaders. The process of educating and preparing a professional SAF capable of handling a wide spectrum of operations anticipates an increase in MOOTW. These men will need to ready to become "peacekeepers, goodwill ambassadors and winners of hearts and minds." In 1999, the Singapore contingent of UN peacekeepers in
East Timor East Timor () or Timor-Leste (; tet, Timór Lorosa'e), officially the Democratic Republic of Timor-Leste ( pt, República Democrática de Timor-Leste, tet, Repúblika Demokrátika Timór-Leste), is an island country An island country o ... 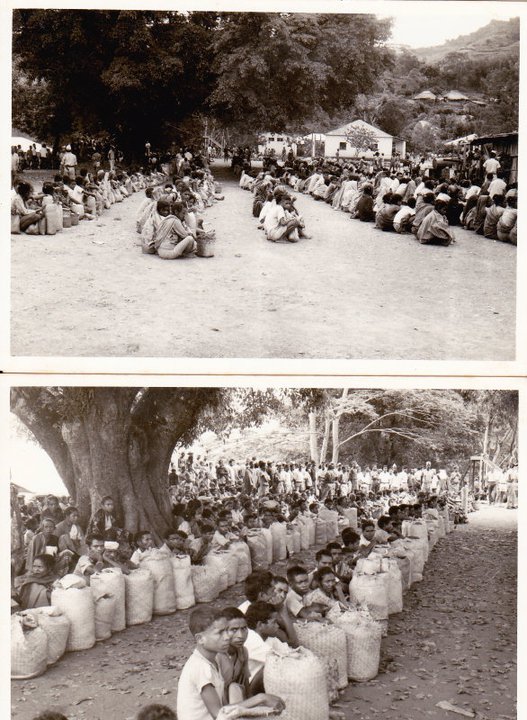 * Swedish Armed Forces conducted supporting operations during the
Forest fires A wildfire, bushfire, wildland fire or rural fire is an unplanned, unwanted, uncontrolled fire BBQ. Fire is the rapid oxidation of a material in the exothermic chemical process of combustion, releasing heat, light, and various reaction ...

is tasked with many operations other than war such as Operation Sadbhavana (Goodwill) in
Jammu and Kashmir Jammu is the winter capital of the Indian union territory of Jammu and Kashmir (union territory), Jammu and Kashmir. It is the headquarters and the largest city in Jammu district of the union territory. Lying on the banks of the river Tawi River ...
and Operation Samaritan in
north-east The points of the compass are the Euclidean vector, vectors by which planet-based directions are conventionally defined. A compass rose is primarily composed of four cardinal directions—north, east, south, and west—each separated by 90 degree ( ...

*
Counter-insurgency Counterinsurgency (COIN) is "the totality of actions aimed at defeating irregular forces Irregular military is any non-standard military component that is distinct from a country's national armed forces. Being defined by exclusion, there is ...
* Fourth-generation warfare *
Low intensity conflict A low-intensity conflict (LIC) is a military conflict, usually localised, between two or more state or non-state groups which is below the intensity of conventional war. It involves the state's use of military A military, also known coll ...
* Grey-zone (international relations)