Matteo Ricci (; la|Mattheus Riccius Maceratensis; 6 October 1552 – 11 May 1610), was an Italian Jesuit priest and one of the founding figures of the Jesuit China missions. He created the Kunyu Wanguo Quantu, a 1602 map of the world written in Chinese characters. He is considered a Servant of God by the Catholic Church. Ricci arrived at the Portuguese settlement of Macau in 1582 where he began his missionary work in China. He became the first European to enter the Forbidden City of Beijing in 1601 when invited by the Wanli Emperor, who sought his services in matters such as court astronomy and calendrical science. He converted several prominent Chinese officials to Catholicism. He also worked with several Chinese elites, such as Xu Guangqi, in translating ''Euclid's Elements'' into Chinese as well as the Confucian classics into Latin for the first time in history.

Ricci was born 6 October 1552 in Macerata, part of the Papal States and today a city in the Italian region of Marche. He studied the classics in his native hometown and studied law at Rome for two years. He entered the Society of Jesus in April 1571 at the Roman College. While there, in addition to philosophy and theology, he also studied mathematics, cosmology, and astronomy under the direction of Christopher Clavius. In 1577, he applied for a missionary expedition to the Far East. He sailed from Lisbon, Portugal, in March 1578 and arrived in Goa, a Portuguese colony, the following September. Ricci remained employed in teaching and the ministry there until the end of Lent 1582, when he was summoned to Macau to prepare to enter China. Ricci arrived at Macau in the early part of August. 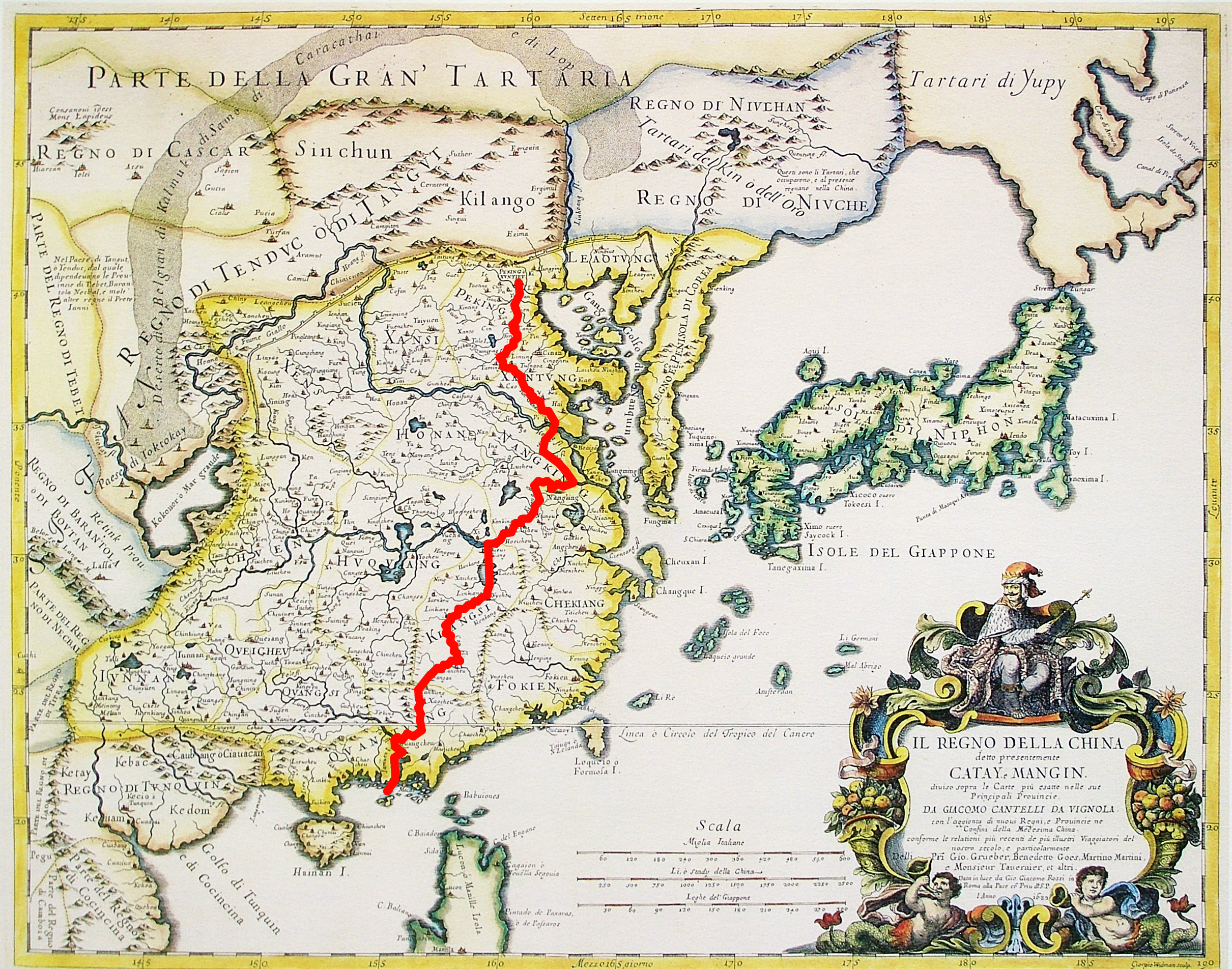 In August 1582, Ricci arrived at Macau, a Portuguese trading post on the South China Sea. At the time, Christian missionary activity in China was almost completely limited to Macau, where some of the local Chinese people had converted to Christianity. No Christian missionary had attempted seriously to learn the Chinese language until 1579 (three years before Ricci's arrival), when Michele Ruggieri was invited from Portuguese India expressly to study Chinese, by Alessandro Valignano, founder of St. Paul Jesuit College (Macau), and to prepare for the Jesuits' mission from Macau into Mainland China. Once in Macau, Ricci studied the Chinese language and customs. It was the beginning of a long project that made him one of the first Western scholars to master Chinese script and Classical Chinese. With Ruggieri, he traveled to Guangdong's major cities, Canton and Zhaoqing (then the residence of the Viceroy of Guangdong and Guangxi), seeking to establish a permanent Jesuit mission outside Macau.