Luhansk Oblast ( uk|Луганська область, translit. ''Luhans’ka oblast’'', ru |Луганская область, translit. ''Luganskaja oblast’''; also referred to as Luhanshchyna, uk|Луганщина|translit=Luhanščyna) is the easternmost oblast (province) of Ukraine. Its administrative center is Luhansk. The oblast was established in 1938 and bore the name ''Voroshilovgrad Oblast'' (until 1958 and again 1970 to 1990) in honor of Kliment Voroshilov. Its population is estimated as Important cities within the oblast include Alchevsk, Antratsyt, Brianka, Kirovsk, Krasnyi Luch, Krasnodon, Lysychansk, Luhansk, Pervomaisk, Rovenky, Rubizhne, Sverdlovsk, Sievierodonetsk, Stakhanov. The war in Donbas caused the administrative center of the oblast to be relocated to Sievierodonetsk.

Luhansk Oblast is located in eastern Ukraine. The area of the oblast (26,700 km2), comprises about 4.42% of the total area of the country. Its longitude from north to south is 250 km, from east to west – 190 km. The oblast has the longest segment of the Ukrainian international border with Russia among other regions (see State Border of Ukraine) consisting of . It borders Russia with adjacented subdivisons of Belgorod Oblast to the north, Voronezh Oblast to the northeast, Rostov Oblast to the east, Among Ukrainian regions, the oblast borders the Kharkiv Oblast to the west, and Donetsk Oblast to the south. The region is located in the valley of Siversky Donets which splits the region approximately in half. The southern portion of the region is elevated by the Donetsk Ridge which is located closer to the southern border. The highest point is Mohyla Mechetna () which is the highest point of Donetsk Ridge. The left bank of Siversky Donets is part of the Starobilsk Plain which to the north transforms into the Central Russian Upland.

The oblast originated in 1938 as Voroshylovhrad (Russian: Voroshilovgrad) Oblast after the Donetsk Oblast was split between Voroshylovhrad and Stalino (today Donetsk Oblast) oblasts. After the invasion by Nazi Germany in 1941 the region came under a German military administration, due to its proximity to frontlines. It was occupied at the end of 1942 as part of Case Blue German offensive directed towards Stalingrad. However soon after the battle of Stalingrad, in the spring of 1943 Luhansk region (at that time Voroshilovgrad) once again became center of military operations during the Soviet counter-offensive operation Little Saturn. By the summer of 1943 the region was liberated from the Nazi Germany Armed Forces. During the Soviet times the Oblast bore its current name between 1958 and 1970. During the fateful March Referendum of 1991, 70.16% of all Ukrainians voted to remain a part of the Soviet Union as a sovereign republic, while only 27.99% voted 'no'. In the December 1991 referendum, (after the August coup ended all hope of a restored Union,) 83.86% of votes in the oblast were in favor of the Declaration of Independence of Ukraine. In 1994 a referendum took place in the Donetsk Oblast and the Luhansk Oblast, with around 90% supporting the Russian language gaining status of an official language alongside Ukrainian, and for the Russian language to be an official language on a regional level; however, the referendum was annulled by the Kyiv government. On April 8, 2014, following the annexation of Crimea by Russia, pro-Russian separatists occupying the Luhansk Oblast administrative building planned to declare the independence of the region as the Luhansk Parliamentary Republic, after other pro-Russian separatists declared Donetsk People's Republic in the Donetsk Oblast (April 7, 2014). When the Luhansk Parliamentary Republic ceased to exist, the separatists declared the Luhansk People's Republic (April 27, 2014) and held a disputed referendum on separating from Ukraine on May 11, 2014. The legitimacy of the referendums was not recognized by any government. Ukraine does not recognize the referendum, while the EU and US said the polls were illegal. Subsequently, the war in Donbas started. As a result of the war in Donbas, Luhansk insurgents control the southern third of the oblast, which includes the city of Luhansk, the region's most populous city as well as the capital of the oblast. Due to this, most oblast government functions have moved to Sievierodonetsk, which forces of the Government of Ukraine recaptured in July 2014. Many universities located in the occupied areas have moved to government-controlled cities such as Sievierodonetsk, Starobilsk or Rubizhne. A survey conducted in December 2014 by the Kyiv International Institute of Sociology found 5.7% of the oblast's population supported their region joining Russia, 84.1% did not support the idea, and the rest were undecided or did not respond; insurgent-controlled areas were not polled.

Like the rest of the provinces in Ukraine, Luhansk Oblast has double jurisdiction. The oblast is predominantly administrated by the Luhansk Oblast State Administration headed by the governor of the oblast and appointed by the President of Ukraine. The province also has a representative body, the provincial council, which is headed by its chairman and elected by popular vote. The province is primarily divided into 18 ''raions'' (districts), and 37 cities, including 14 cities of regional significance. The administrative center is Luhansk. These are listed below with their areas and populations. The province's secondary division consists of various municipalities. Those municipalities may consist of one or more populated places. The municipalities are administratively subordinate to the raion in which they are located, with the exception of 14 cities subordinated directly to the oblast. In addition, the city of Luhansk is subdivided into its own four city-districts (boroughs). All subdivisions are governed by their respective councils (''radas''). 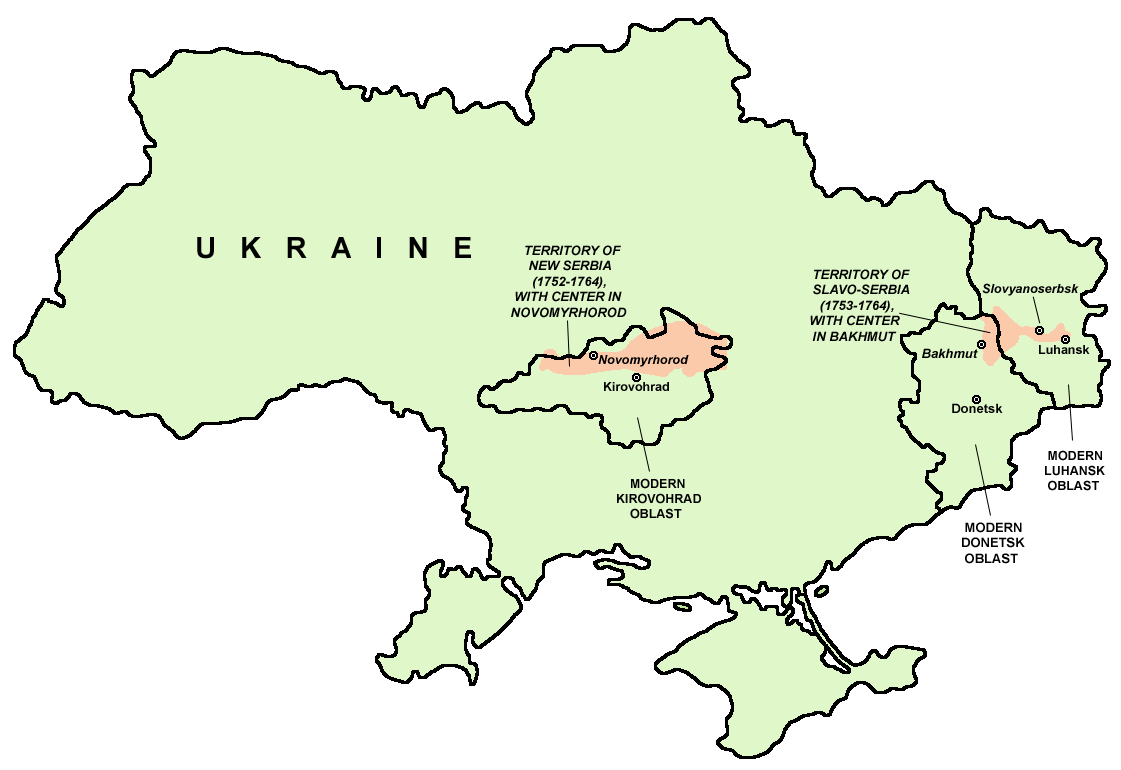 The population is largely Russian-speaking, although ethnic Ukrainians constitute a majority (58.0%). Among the minorities are native Russians (39.1%), Belarusians (0.8%), and others (1.4%). Ukrainians constitute the majority in all raions except for Stanytsia-Luhanska Raion and Krasnodon Raion, both of which are east of Luhansk. Ethnic Russians also constitute the majority in regionally significant cities, such as Krasnodon, Sverdlovsk, Krasnyi Luch and Stakhanov. According to the 2001 Ukrainian Census, more than 68.8% of the population consider themselves Russian speakers, while 30.0% consider themselves Ukrainian speakers. The Russophone population predominates in the southern portion of the region and around the city of Luhansk, while the northern region is less populated, mostly agricultural and Ukrainophone. Its population (as of 2004) of 2,461,506 constitutes 5.13% of the overall Ukrainian population. The Luhansk Oblast rates fifth in Ukraine by the number of its inhabitants, having an average population density of 90.28/km2. About 87% of the population lives in urban areas, while the remaining 13% reside in agricultural areas. According to the national census, 54% of the population are Ukrainians and 42% are Russians.

Economically the region is connected with the Donets Basin.

Information Card of the Region
– official site of the Cabinet of Ministers of Ukraine
The Official Site of the Radomysl Castle
{{Authority control Category:Oblasts of Ukraine Category:States and territories established in 1938 Category:Donbas Category:1938 establishments in Ukraine