The Los Angeles Lakers are an American professional basketball team based in Los Angeles. The Lakers compete in the National Basketball Association (NBA) as a member of the league's Western Conference Pacific Division. The Lakers play their home games at Staples Center, an arena shared with the NBA's Los Angeles Clippers, the Los Angeles Sparks of the Women's National Basketball Association, and the Los Angeles Kings of the National Hockey League. The Lakers are one of the most successful teams in the history of the NBA, and have won 17 NBA championships, tied with the Boston Celtics for the most in NBA history. The franchise began with the 1947 purchase of a disbanded team, the Detroit Gems of the National Basketball League (NBL). The new team began playing in Minneapolis, Minnesota, calling themselves the Minneapolis Lakers. Initially a member of the NBL, the Lakers won the 1948 NBL championship before joining the rival Basketball Association of America, where they would win five of the next six championships, led by star George Mikan. After struggling financially in the late 1950s following Mikan's retirement, they relocated to Los Angeles before the 1960–61 season. Led by Hall of Famers Elgin Baylor and Jerry West, Los Angeles made the NBA Finals six times in the 1960s, but lost every series to the Celtics, beginning their long and storied rivalry. In 1968, the Lakers acquired four-time NBA Most Valuable Player (MVP) Wilt Chamberlain, and won their sixth NBA title—and first in Los Angeles—in 1972, led by new head coach Bill Sharman. After the retirement of West and Chamberlain, the team traded for superstar Kareem Abdul-Jabbar, who won multiple MVP awards with the Lakers. While the team was unable to advance to the Finals in the late 1970s, two momentous changes came in 1979 that would inaugurate a new golden era for the franchise. First, Jerry Buss purchased the Lakers, and as the team's owner, pioneered a vision of basketball games as entertainment spectacles as well as sporting events. Second, the Lakers drafted Magic Johnson first overall in the 1979 NBA draft. The combination of Johnson, a passing prodigy, and Abdul-Jabbar provided the Lakers with two superstars to anchor their roster. The additions of head coach Pat Riley in 1981, and James Worthy through the 1982 NBA draft, established the Lakers as an NBA powerhouse in the 1980s. The team was nicknamed the "Showtime Lakers" due to its fast break, transition offense facilitated by Johnson. The team won five championships in a nine-year span, including several marquee Finals matchups against its archrival, the Celtics. After Abdul-Jabbar, Johnson, and Worthy retired, the team struggled in the 1990s until it drafted Kobe Bryant and signed Shaquille O'Neal in 1996. The superstar duo, along with Hall of Fame coach Phil Jackson, led the Lakers to three consecutive championships between 2000 to 2002, securing the franchise's second "three-peat." After the team lost in the 2004 NBA Finals, the "Shaq-and-Kobe" era ended when the Lakers traded away O'Neal. It was not until the Lakers traded for Pau Gasol that Bryant and Jackson returned to the NBA Finals, winning two more titles in 2009 and 2010. The team failed to regain its former glory during the rest of the decade, and Bryant retired in 2016. In 2020, the Lakers—led by LeBron James, Anthony Davis, and coach Frank Vogel—secured their 17th championship, tying the Celtics for the most titles in NBA history. The Lakers hold the record for NBA's longest winning streak, 33 straight games, set during the 1971–72 season. Twenty-six Hall of Famers have played for Los Angeles, while four have coached the team. Four Lakers—Abdul-Jabbar, Johnson, O'Neal, and Bryant—have won the NBA MVP Award for a total of eight awards. 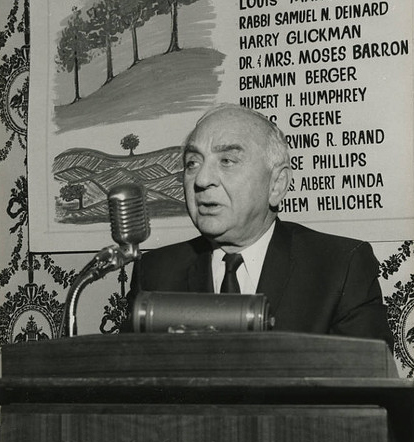 The Lakers' franchise began in 1947 when Ben Berger and Morris Chalfen of Minnesota purchased the recently disbanded Detroit Gems of the National Basketball League (NBL) for $15,000 from Gems owner Maury Winston. Minneapolis sportswriter Sid Hartman played a key behind the scenes role in helping put together the deal and later the team. Inspired by Minnesota's nickname, "Land of 10,000 Lakes", the team christened themselves the Lakers. Hartman helped them hire John Kundla from College of St. Thomas, to be their first head coach, by meeting with him and selling him on the team. The Lakers had a solid roster, which featured forward Jim Pollard, playmaker Herm Schaefer, and center George Mikan, who became the most dominant player in the NBL. In their first season, they led the league with a 43–17 record, later winning the NBL Championship that season.

In 1948, the Lakers moved from the NBL to the Basketball Association of America (BAA), and Mikan's 28.3 point per game (ppg) scoring average set a BAA record. In the 1949 BAA Finals they won the championship, beating the Washington Capitols four games to two. The following season, the team improved to 51–17, repeating as champions. In the 1950–51 season, Mikan won his third straight scoring title at 28.4 ppg and the Lakers went 44–24 to win their second straight division title. One of those games, a 19–18 loss against the Fort Wayne Pistons, became infamous as the lowest scoring game in NBA history. In the playoffs, they defeated the Indianapolis Olympians in three games but lost to the Rochester Royals in the next round. During the 1951–52 season, the Lakers won 40 games, finishing second in their division. They faced the New York Knicks in the NBA Finals, which they won in seven games. In the season, Mikan led the NBA in rebounding, averaging 14.4 rebounds per game (rpg), and was named MVP of the 1953 NBA All-Star Game.