(though since the 1960s his personal authority has been limited to the royal apartments and Westminster Hall). The Lord Great Chamberlain also has a major part to play in royal coronations, having the right to dress the monarch on coronation day and to serve the monarch water before and after the coronation banquet, and also being involved in investing the monarch with the insignia of rule. On formal state occasions, he wears a distinctive scarlet court uniform and bears a gold key and a white stave as the insignia of his office.

The position is a hereditary one, held since 1780
in gross Gross may mean coarse, unrefined, or the total amount. Gross may also refer to: *Disgust *wikt:yuck, Yuck Finance *Gross Cash Registers, a defunct UK company with a high profile in the 1970s *Gross (economics), is the total income before ded ...
. At any one time, a single person actually exercises the office of Lord Great Chamberlain. The various individuals who hold fractions of the Lord Great Chamberlainship are technically each ''Joint Hereditary Lord Great Chamberlain''. The Joint Hereditary Lord Great Chamberlains choose one individual of the rank of a knight or higher to be the ''Deputy Lord Great Chamberlain''. Due to an agreement from 1912, the right to exercise the office for a given reign rotates proportionately between three families (of the then three joint office holders) to the fraction of the office held. For instance, the Marquesses of Cholmondeley hold one-half of the office, and may therefore exercise the office or appoint a deputy every alternate reign. Whenever one of the three shares of the 1912 agreement is split further, the joint heirs of this share have to agree among each other, who should be their deputy or any mechanism to determine who of them has the right to choose a deputy. The office of Lord Great Chamberlain is distinct from the non-hereditary office of
Lord Chamberlain of the Household The Lord Chamberlain or Lord Chamberlain of the Household is the most senior officer of the Royal Households of the United Kingdom, Royal Household of the United Kingdom, supervising the departments which support and provide advice to the Monarc ...
, a position in the monarch's household. This office arose in the 14th century as a deputy of the Lord Great Chamberlain to fulfil the latter's duties in the Royal Household, but now they are quite distinct. The
House of Lords Act 1999 The House of Lords Act 1999 (c. 34) is an Act of Parliament, Act of the Parliament of the United Kingdom that was given Royal Assent on 11 November 1999. The Act Lords Reform, reformed the House of Lords, one of the chambers of Parliament. For ...
removed the automatic right of
hereditary peer The hereditary peers form part of the peerage in the United Kingdom. As of November 2021, there are 809 hereditary peers: 30 dukes (including six royal dukes), 34 marquesses, 191 earls, 111 viscounts, and 443 barons (disregarding subsidiary ...
s to sit in the House of Lords, but the Act provided that a hereditary peer exercising the office of Lord Great Chamberlain (as well as the
Earl Marshal Earl Marshal (alternatively Marschal or Marischal) is a hereditary Heredity, also called inheritance or biological inheritance, is the passing on of Phenotypic trait, traits from parents to their offspring; either through asexual reproduct ...
) be exempt from such a rule, in order to perform ceremonial functions.

History of the office 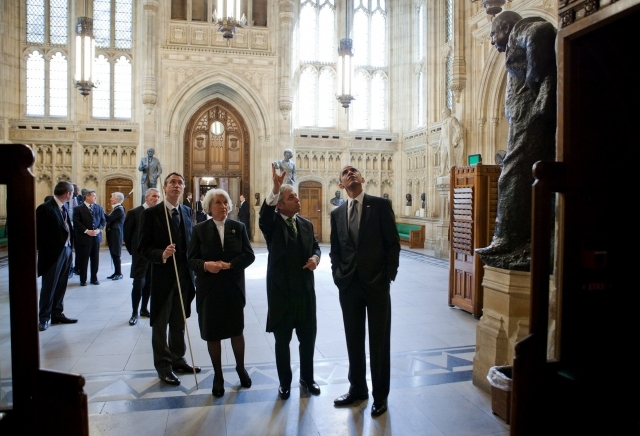 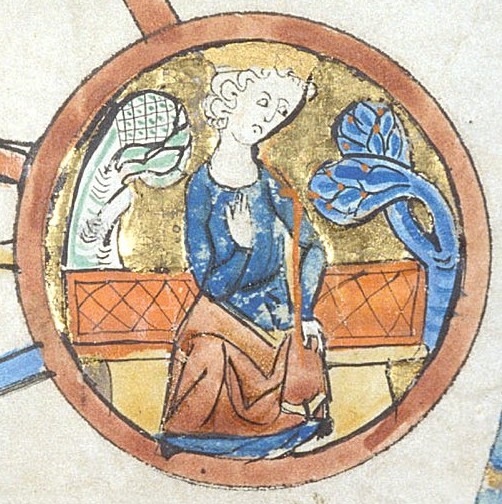 declared Malet's estates and titles forfeit, and awarded the office of Lord Great Chamberlain to Aubrey de Vere, whose son was created
Earl of Oxford Earl of Oxford is a dormant title in the Peerage of England, first created for Aubrey de Vere, 1st Earl of Oxford, Aubrey de Vere by the Empress Matilda in 1141. De Vere family, His family was to hold the title for more than five and a half centu ...
. Thereafter, the Earls of Oxford held the title almost continuously until 1526, with a few intermissions due to the forfeiture of some Earls for treason. In 1526, however, the fourteenth Earl of Oxford died, leaving his aunts as his heirs. The earldom was inherited by a more distant heir-male, his second cousin. The Sovereign then decreed that the office belonged to
The Crown The Crown is the state State may refer to: Arts, entertainment, and media Literature * ''State Magazine'', a monthly magazine published by the U.S. Department of State * The State (newspaper), ''The State'' (newspaper), a daily newspaper i ...

, and was not transmitted along with the earldom. The Sovereign appointed the fifteenth Earl to the office, but the appointment was deemed for life and was not hereditary. The family's association with the office was interrupted in 1540, when the fifteenth earl died and
Thomas Cromwell Thomas Cromwell, (; 1485 – 28 July 1540) was an English lawyer and statesman who served as List of English chief ministers, chief minister to King Henry VIII from 1534 to 1540, when he was beheaded on orders of the king. Cromwell was one o ... 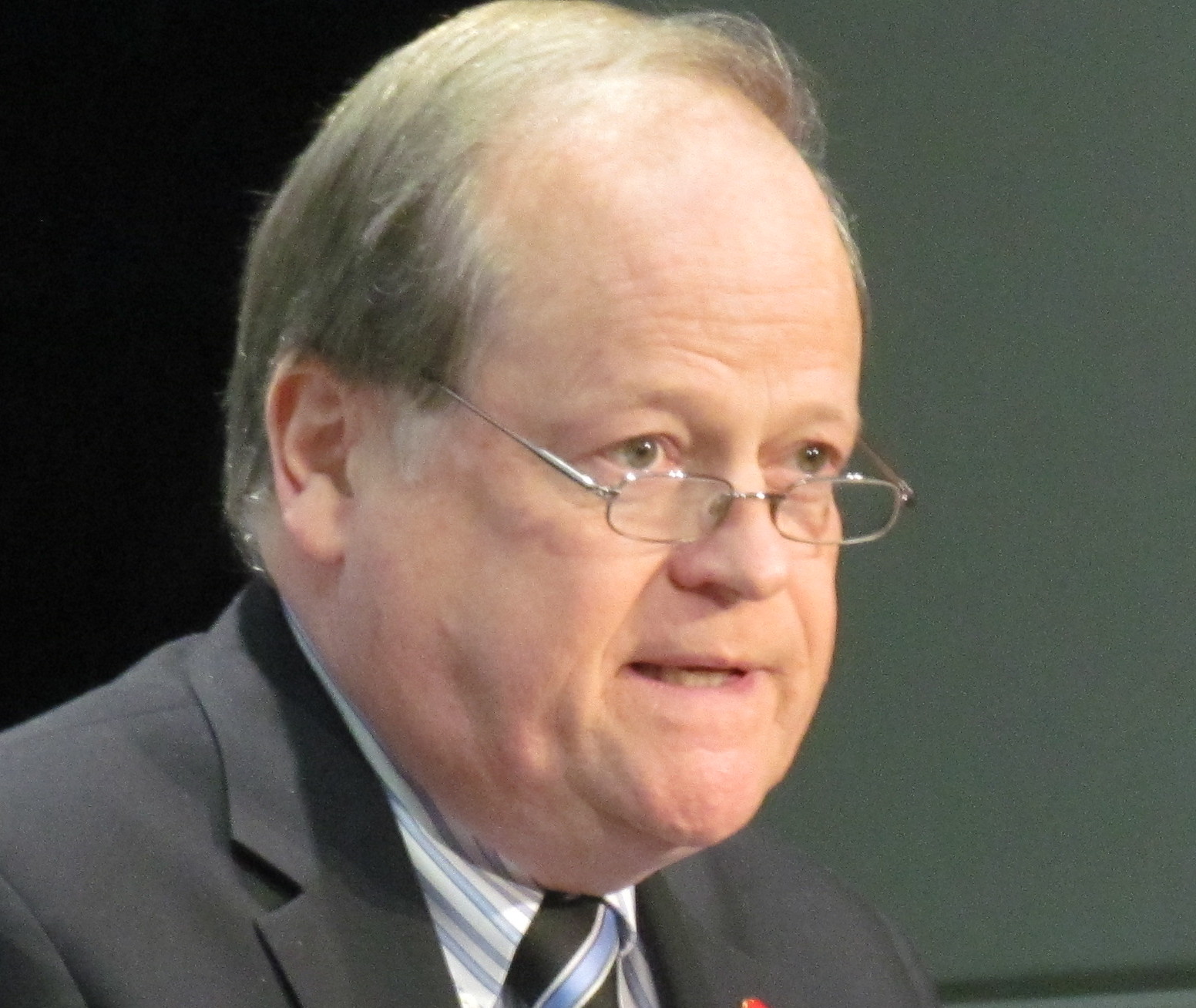 , the King's chief adviser, was appointed Lord Great Chamberlain. After Cromwell's
attainder In English criminal law, attainder or attinctura was the metaphorical "stain" or "corruption of blood" which arose from being condemned for a serious capital crime (felony or treason). It entailed losing not only one's life, property and hereditary ...
and execution later the same year, the office passed through a few more court figures, until 1553, when it was passed back to the De Vere family, the sixteenth Earl of Oxford, again as an uninheritable life appointment. Later,
Queen Mary I Mary I (18 February 1516 – 17 November 1558), also known as Mary Tudor, and as "Bloody Mary" by her Protestant Protestantism is a form of Christianity that originated with the 16th-century Reformation, a movement against what its fol ...

ruled that the Earls of Oxford were indeed entitled to the office of Lord Great Chamberlain on an hereditary basis. Thus, the sixteenth, seventeenth and eighteenth Earls of Oxford held the position on a hereditary basis until 1626, when the eighteenth Earl died, again leaving a distant relative as
heir male In inheritance Inheritance is the practice of passing on private property, titles A title is one or more words used before or after a person's name, in certain contexts. It may signify either generation, an official position, or a profession ...
, but a closer one as a female heir. The
House of Lords The House of Lords, formally The Right Honourable the Lords Spiritual and Temporal of the United Kingdom of Great Britain and Northern Ireland in Parliament assembled, is the of the . Membership is by , or . Like the , it meets in the . ar ... 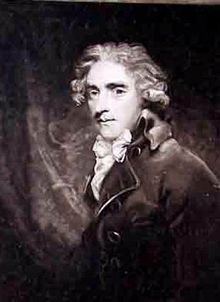 . The office of Lord Great Chamberlain, however, was divided between Priscilla and her younger sister Georgiana. Priscilla's share was eventually split between two of her granddaughters, and has been split several more times since then. By contrast, Georgiana's share has been inherited by a single male heir each time; that individual has in each case been the Marquess of Cholmondeley, a title created for Georgiana's husband.

In 1902 it was ruled by the House of Lords that the current joint office holders ( the 1st Earl of Ancaster, the 4th Marquess of Cholmondeley, and the Earl Carrington, later Marquess of Lincolnshire) had to agree on a deputy to exercise the office, subject to the approval of the Sovereign. Otherwise the Sovereign should appoint a deputy until an agreement is reached. In 1912 an agreement was reached. The office, or right to appoint the person to exercise the office, would thereafter rotate among the three joint office holders and their heirs after them, changing at the start of each successive reign. Cholmondeley and his heirs would serve in every other reign; Ancaster and Carrington would each serve once in four reigns. As the Cholmondeley share and the Ancaster share (held since 1983 by the Baroness Willoughby de Eresby) are not further split, each of these holders decides in his or her turn to act as Lord Great Chamberlain or to name a person who will act as Lord Great Chamberlain. The Carrington share was divided at his death among his five daughters and their heirs, and has since been further divided, with 13 people holding shares as of 2021. It is expected that on the next Carrington turn (at the next succession), the heirs will name to act as Lord Great Chamberlain the current
Baron Carrington Image:1stMarquessOfLincolnshire.jpg, 200px, Charles Wynn-Carington, 1st Marquess of Lincolnshire, The 1st Marquess of Lincolnshire Baron Carrington is a title that has been created three times, once in the Peerage of England, once in the Peerage o ...
, who being descended from the Earl's younger brother will have no share of the office.

The fractions show the holder's share in the office, and the date they held it. The current () holders of the office are shown in bold face.