Lindsey Ann German (born 1951) is a British left-wing political activist. A founding member and convenor of the British anti-war organisation
Stop the War Coalition #REDIRECT Stop the War Coalition The Stop the War Coalition (StWC), informally known simply as Stop the War, is a British group established on 21 September 2001, shortly after the September 11 attacks, to campaign against what it believes are ...
, she was formerly a member of the Socialist Workers Party, sitting on its central committee and editor of its magazine, ''
Socialist Review The ''Socialist Review'' is the monthly magazine of the British Socialist Workers Party (UK), Socialist Workers Party. As well as being printed it is also published online. Original publication: 1950–1962 The ''Socialist Review'' was set up in ...
''. German has twice stood as a left-wing candidate for
Mayor of London The mayor of London is the chief executive of the Greater London Authority The Greater London Authority (GLA), colloquially known by the metonym "City Hall", is the Devolution in the United Kingdom, devolved Regions of England, regional ...
, coming fifth in 2004, and as the
Left List The Left List, later renamed the Left Alternative, was a political party active in the United Kingdom between 2008 and 2010. A minor party, it never had any of its candidates elected at any level of UK government although it inherited several lo ...
mayoral candidate in the May 2008 elections. In February 2010, following "increasing disenchantment" with the leadership, she resigned from the SWP, after 37 years membership.

Lindsey German was born in London in 1951 and educated in
Hillingdon Hillingdon is an area of Uxbridge Uxbridge () is a suburban town in West London and the administrative headquarters of the London Borough of Hillingdon. Situated west-northwest of Charing Cross, it is one of the major metropolitan centres ...
at Vyners, then a grammar school. In 1970 she attended the "Stop the '70 Tour" demonstration organised by
Peter Hain Peter Gerald Hain, Baron Hain (born 16 February 1950) is a British politician who served as Secretary of State for Northern Ireland The secretary of state for Northern Ireland (; ), also referred to as the Northern Ireland secretary or S ...

against the tour of the all-white
South African cricket team The South Africa national cricket team, also known as the Proteas, represents South Africa South Africa, officially the Republic of South Africa (RSA), is the southernmost country in Africa. With over 60 million people, it is t ...
. German joined the International Socialists (later the Socialist Workers Party) in 1972, the same year she began to read law at the
London School of Economics , mottoeng = To understand the causes of things , established = 1895 , type = Public In public relations Public relations (PR) is the practice of managing and disseminating information from an individual or an organization ...
. She was active in the original National Abortion Campaign in April 1975, then responding to a parliamentary
private member's bill A private member's bill in a parliamentary system of government is a bill (proposed law) introduced into a legislature by a legislator who is not acting on behalf of the executive branch. The designation "private member's bill" is used in most We ...
put forward by Glasgow Labour MP James White, and was involved in campaigns to achieve equal pay for women. German had become a full-time official by 1977 for what was now the Socialist Workers Party and a member of the party's central committee.

Stop the War and Respect

German was involved in setting up the
Stop the War Coalition #REDIRECT Stop the War Coalition The Stop the War Coalition (StWC), informally known simply as Stop the War, is a British group established on 21 September 2001, shortly after the September 11 attacks, to campaign against what it believes are ...
in September 2001. It was established to oppose the war in Afghanistan and later Iraq. German became convenor of the Stop the War Coalition, speaking at meetings and demonstrations. In January 2004, German supported the move to form
Respect – The Unity Coalition The Respect Party was a left-wing politics, left-wing to Far-left politics, far-left, Socialism, socialist political party active in the United Kingdom between 2004 and 2016. At the height of its success in 2007, the party had one Member of Parl ...
, which included the SWP and other opponents of the war in Iraq, including Muslim groups and which stood as a left alternative to the
Labour Party Labour Party or Labor Party may refer to: Angola *MPLA, known for some years as "Popular Movement for the Liberation of Angola – Labour Party" Antigua and Barbuda *Antigua and Barbuda Labour Party Argentina *Labour Party (Argentina) Armenia ...
in elections. At the SWP's Marxism 2003 event she commented: "I'm in favour of defending gay rights, ..but I am not prepared to have it as a shibboleth, reated bypeople who . . . regard the state of Israel as somehow a viable presence." She was Respect's candidate for the London Mayoral election in June 2004, in addition to being first in the list for election to the
London Assembly The London Assembly is a 25-member elected body, part of the Greater London Authority The Greater London Authority (GLA), colloquially known by the metonym "City Hall", is the Devolution in the United Kingdom, devolved Regions of England, r ...
. She came 5th in the mayoral election with 63,294 first and second preference votes (3.3% of the total) and in the assembly election came just below the 5% threshold in the top-up section (the assembly election followed the
Additional Member System The additional member system (AMS), also known as mixed-member proportional representation Mixed-member proportional representation (MMP or MMPR) is a mixed electoral system in which voters get two votes: one to decide the legislator, rep ...
) which would have gained her a seat on the assembly. In the 2005 general election she was the Respect candidate for the
West Ham West Ham is a district in East London East London is a popularly and informally defined part of London London is the Capital city, capital and List of urban areas in the United Kingdom, largest city of England and the United King ...
, London, constituency and came second with 19.5% of the vote.

On 18 April 2007 she was selected as Respect's candidate for the
2008 London Mayoral election The 2008 London mayoral election for the office of Mayor of London, England, was held on 1 May 2008 Conservative Party (UK), Conservative candidate Boris Johnson defeated incumbent Labour Party (UK), Labour Ken Livingstone It was the third Lo ...
. However, a subsequent split within the organisation meant that German was not able to use the party's name in the election. Instead German stood as the candidate for Mayor and the assembly under the
Left List The Left List, later renamed the Left Alternative, was a political party active in the United Kingdom between 2008 and 2010. A minor party, it never had any of its candidates elected at any level of UK government although it inherited several lo ...
name, the SWP part of Respect, finishing in eighth place in the election to be mayor with 16,796 votes on first preference. According to journalist John Anderson, German was a leading figure promoting further ties between the SWP and various "reactionary Islamists" such as the Muslim Association of Britain and the British Muslim Initiative. German's employment by the SWP lasted until the January 2009 SWP party conference. At that conference the proposed slate did not include John Rees, German's partner and another long-standing member of the Central Committee (CC). German proposed an alternative slate which did include Rees. When it became clear that this would be overwhelmingly defeated, Lindsey German and
Chris Nineham Christopher Mark Nineham (born June 1962) is a British political activist and founder member of the Stop the War Coalition serving as National Officer and Deputy Chair of the Stop the War Coalition in the UK. He served under Jeremy Corbyn from 2 ... 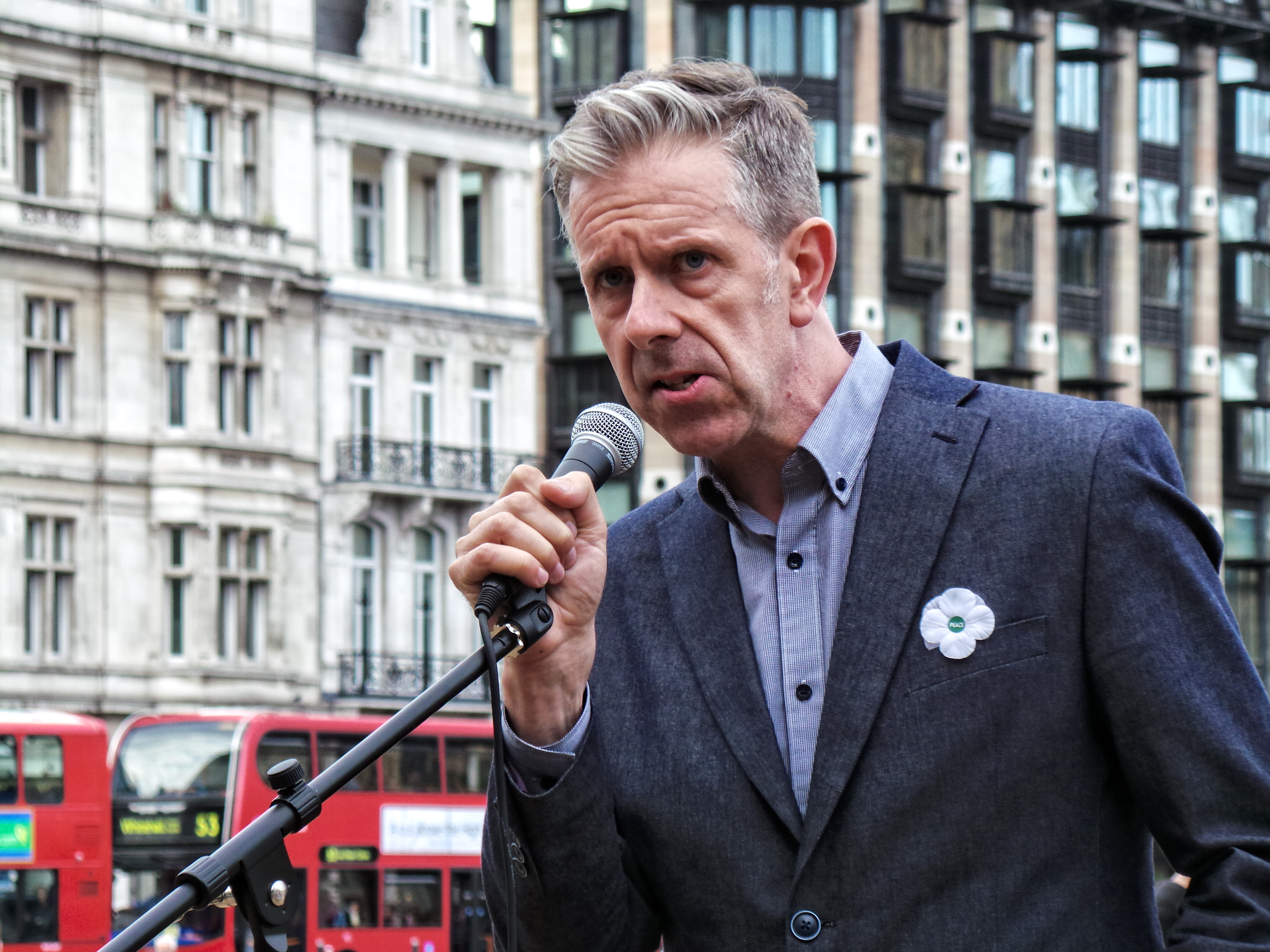 withdraw their names from the election and were not selected. As the Central Committee slate was the only proposed slate that went to the vote at conference she was not re-elected to the SWP's Central Committee in 2009. In 2010 German resigned from the SWP. She was editor of the SWP's monthly magazine, ''
Socialist Review The ''Socialist Review'' is the monthly magazine of the British Socialist Workers Party (UK), Socialist Workers Party. As well as being printed it is also published online. Original publication: 1950–1962 The ''Socialist Review'' was set up in ...
'', from 1984 until April 2004. She has written several books, including two on women's rights and ''A People's History of London'' co-written with John Rees. In August 2015, German endorsed Jeremy Corbyn's 2015 Jeremy Corbyn Labour Party leadership campaign, campaign in the 2015 Labour Party (UK) leadership election, Labour Party leadership election. In 2019, German denied that there was any evidence of Antisemitism in the UK Labour Party, antisemitism in the Labour Party, claiming that such allegations were "political attacks - against Corbyn and his left wing politics, and against all those who criticise the Israel, state of Israel for its treatment of the Palestinians. These are the real reasons for their scale and ferocity, and why they are taken up with such enthusiasm by the BBC and the rest of the media."


Lindsey German's writings for the Stop the War Coalition