In general, a passport is a travel document that also serves as proof of nationality from the issuing country. Although generally accepted by the majority of countries in the world, some issuing countries expressly exclude the validity of passports from nations that are not recognized by their governments.

Due to the United Kingdom's legacy as an imperial power, British nationality law is unusually complex compared to other countries with multiple classes of nationality. People who resided in British Hong Kong before the Hong Kong Handover in 1997 who registered as a British National (Overseas) are entitled to a British National (Overseas) passport which has some restrictions over a regular British Passport issued to British Citizens. People who are not citizens of the United Kingdom but are citizens of a British Overseas Territory can apply for a passport issued by their local governments, such as the Gibraltarian passport for citizens of Gibraltar. British subjects can also apply for a British passport.

Non-citizens in the now independent Republics of Latvia and Estonia are individuals, primarily of Russian or Ukrainian ethnicity, who are not citizens of Latvia or Estonia but whose families have resided in the area since the Soviet era of forcible annexation (1940–1990), and thus have the right to a non-citizen passport issued by the Latvian government as well as other specific rights. Approximately two thirds of them are ethnic Russians, followed by ethnic Belarussians, ethnic Ukrainians, ethnic Poles and ethnic Lithuanians. Non-citizens in the two countries are issued special non-citizen passports as opposed to regular passports issued by the Estonian and Latvian authorities to citizens. This form of legal discrimination is often labelled as xenophobic.

Although all U.S. citizens are also U.S. nationals, the reverse is not true. As specified in , a person whose only connection to the U.S. is through birth in an outlying possession (which is defined in as American Samoa and Swains Island (which is administered as part of American Samoa)), or through descent from a person so born, acquires U.S. nationality but not U.S. citizenship. This was formerly the case in only four other current or former U.S. overseas possessions. The U.S. passport issued to non-citizen nationals contains the endorsement code 9 which states: "THE BEARER IS A UNITED STATES NATIONAL AND NOT A UNITED STATES CITIZEN." on the annotations page. Non-citizen U.S. nationals may reside and work in the United States without restrictions, but must apply for citizenship under the same rules as resident aliens. Like resident aliens, they are not presently allowed by any U.S. state to vote in federal or state elections, although, as with resident aliens, there is no constitutional prohibition against their doing so. 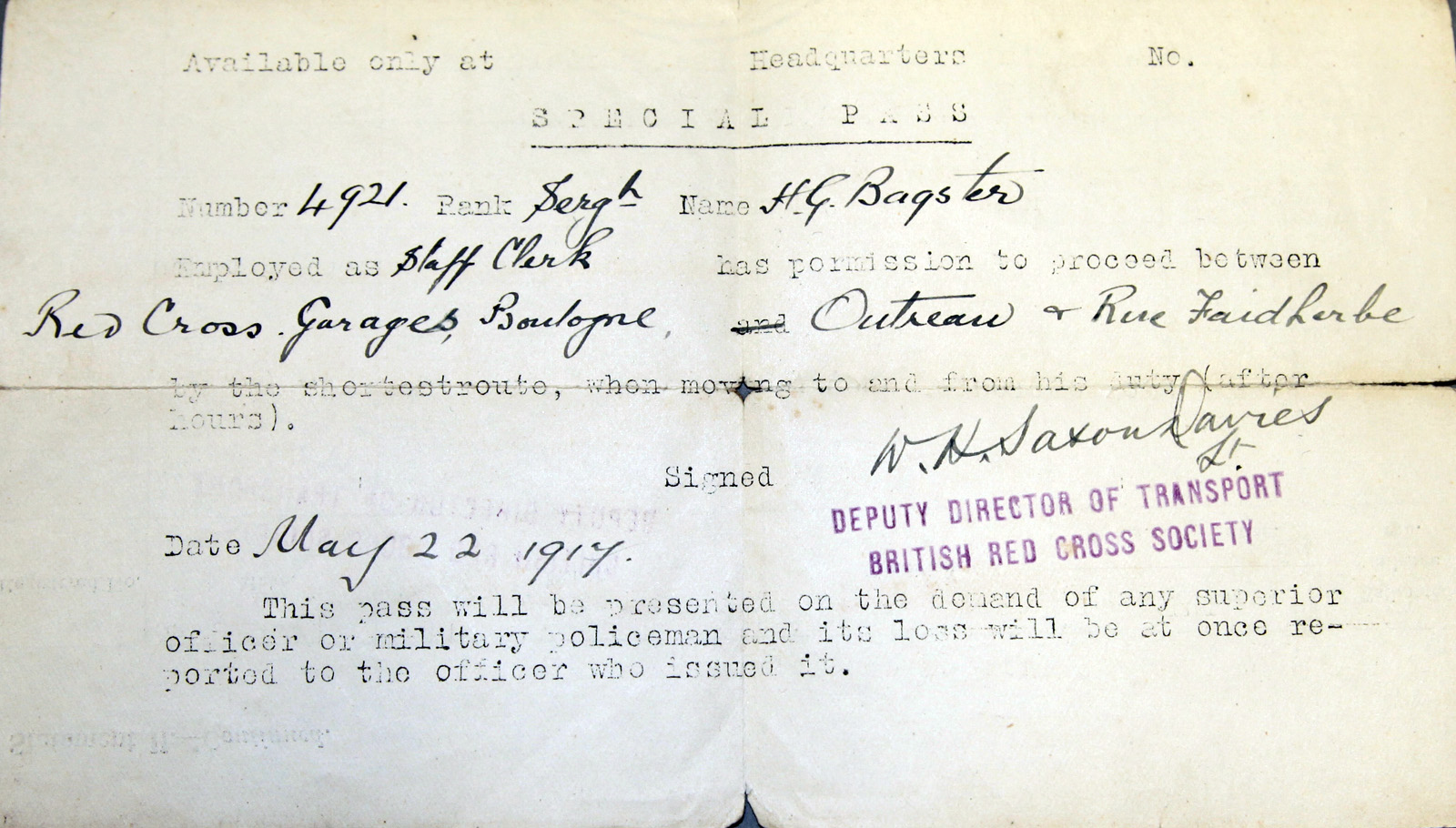 A ''laissez-passer'' (French for "let pass") is a travel document issued by a national government or certain international organizations, such as the United Nations, European Union and the International Committee of the Red Cross (ICRC). A ''laissez-passer'' is often for one-way travel to the issuing country for humanitarian reasons only such as Restoring Family Links. Some national governments issue ''laissez-passers'' to their own nationals as emergency passports. Others issue them to people who are stateless, or who are unable to obtain a passport from their own government, or whose government is not recognized by the issuing country. One such example is the People's Republic of China, which issues the non-passport Chinese Travel Document to its nationals under certain circumstances. One such circumstance stems from a reported loss of passport while traveling or living abroad. China issues a temporary two-year validity Travel Document in lieu of a passport to allow said citizen to complete their travels and return to China to apply for a replacement Chinese passport. Under other circumstances such as a Chinese citizen studying or working abroad, the Chinese embassies or consulates will issue passports if requested. The Chinese Travel Document is a blue-covered passport-sized booklet clearly denoted "Travel Document" as opposed to the usual red-covered passport. During the COVID-19 pandemic, they are for example issued by the consulates of France to people who would otherwise be unable to enter the country due to travel restrictions, but are being allowed to enter for a single trip on compassionate grounds. Historically, laissez-passers were commonly issued during wartime and at other periods, literally acting as a pass to allow travel to specific areas, or out of war zones or countries for various officials, diplomatic agents, other representatives or citizens of third countries. In these contexts, a laissez-passer would frequently include quite specific and limited freedom of movement. The form and issuing authority would be more or less standardized, depending on the circumstances. In the early 1950s, the Iraqi government granted permission to its 120,000 Jewish citizens to leave (Operation Ezra and Nehemiah), conditional on their renouncing their citizenship and leaving behind all their properties and assets. The travel document that was issued was the ''laissez-passer'', since an Iraqi passport was no longer possible. ''Laissez-passer'' documents may also be issued to goods or other non-living objects to facilitate their transport across international borders. For instance, the Agreement on the Transfer of Corpses sets out rules whereby human corpses may be issued ''laissez-passer'' documents in order for a body to be buried or cremated in a country different from the one in which the person died. 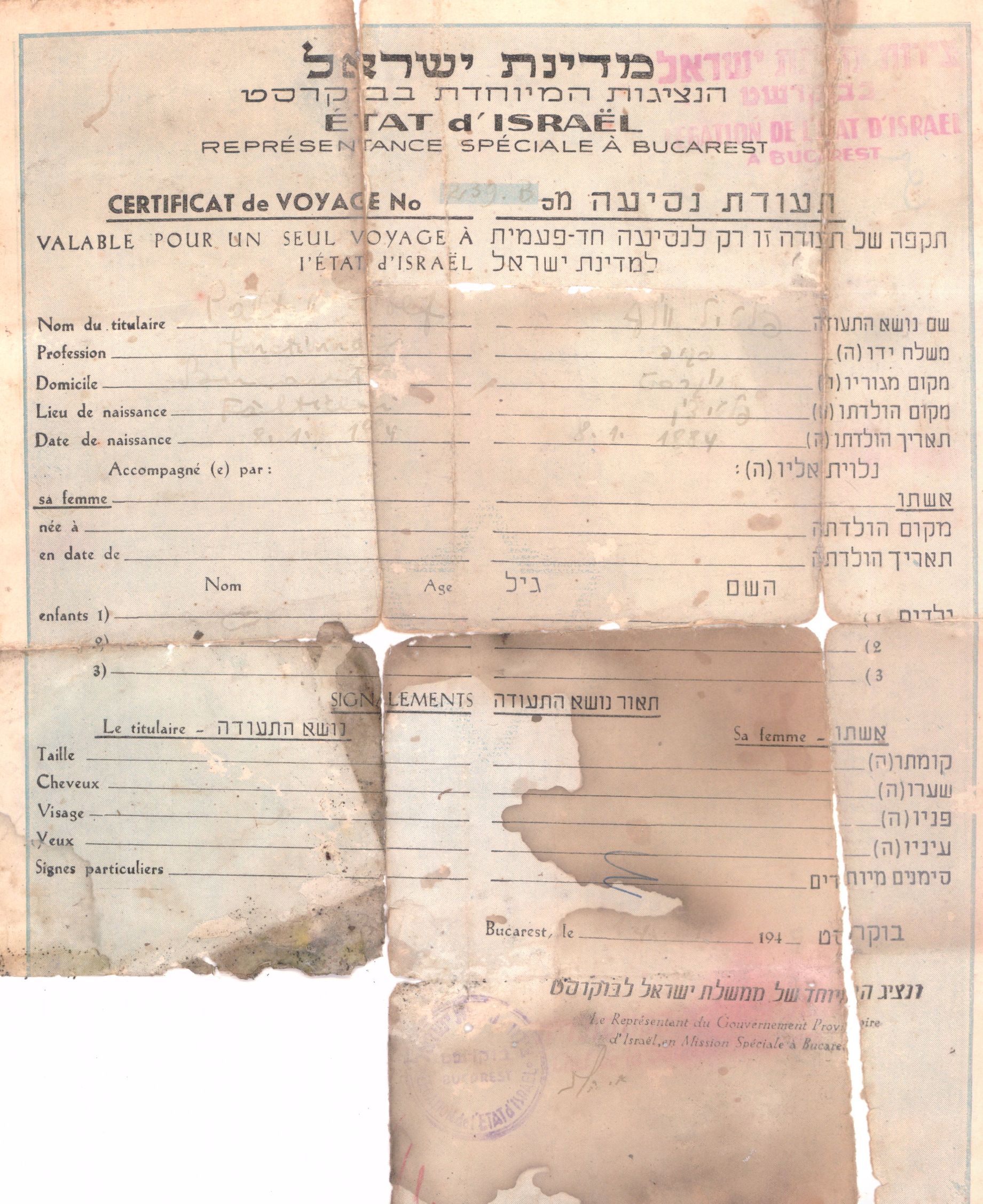 The Israeli authorities maintain a unique system of travel documents issued to non-Israeli permanent residents, such as those living in East-Jerusalem outside Palestinian Authority-administered areas, Syrians residing in the Golan Heights, and to certain Israeli citizens.

The United Nations and the International Labour Organization issue laissez-passers to officials and members of the UN and other specialized agencies as well as to several international organizations. The laissez-passer is also issued to their families for official use. The United Nations laissez-passer is similar to a passport, and is generally recognized worldwide, although some countries will not accept the document as sufficient to gain entry. It does not generally confer diplomatic immunity, but may confer limited immunities and privileges. Between 2000 and 2010, the United Nations Interim Administration Mission in Kosovo (UNMIK) issued travel documents to residents of Kosovo as they were often not able to obtain a passport through other channels.

Other documents as travel documents

Several other groups of documents issued for a different purpose officially serve as travel documents, generally for a limited set of countries. Such documents (when allowing full border crossing -exiting one country, and entering another- only) are discussed below:

Identity cards are generally issued as a means of identification within a country, but in some cases they may also be used as a travel document. For example, EU, EEA and Swiss citizens can use their national identity cards to exercise their right of free movement in the EU, EEA and Switzerland without a visa. They can also visit most other countries in Europe as well as a few countries and territories outside Europe. Similarly, citizens of most South American countries can use their ID cards for travel between the countries. A U.S. passport card can be regarded an identity card fit for terrestrial international travel, particularly in North America.

Driver's licenses are generally not considered travel documents, since they bear no information on nationality and conditions which would lead to refusal of a travel document have generally not been tested. However, in several provinces of Canada and U.S. states, nationals/citizens can — upon payment of an extra fee and the provision of additional information — receive an enhanced driver's license which enables border crossing between Canada and the U.S. by land and sea.

De facto travel documents are documents which in practice will be sufficient to cross borders legally, but with no legal status as a travel document. Within the Border Controls in the Common Travel Area, travel between Ireland, the United Kingdom, the British Crown Dependencies, Isle of Man and Channel Islands, no travel documents are required by British or Irish citizens. As this requirement does not hold for others, these citizens have to establish the presumption of having this nationality, which requires in practice some form of identification. The documents used for this purpose (most notably: driving licence) are thus ''de facto'' travel documents. Some airlines still require passport from CTA citizens. The Nordic Passport Union means that Nordic citizens (of Norway, Denmark, Sweden, Finland and Iceland) can stay in all those countries (on the paper) without any I.D., in the same way as in the home country. In reality an I.D. card is needed for travel and other situations, and any Nordic I.D. card is valid in the area for travel purposes (but not for residence, e.g. banking or authority contacts).

Other means of identification

Strictly speaking, it is not necessary for an EU, EEA or Swiss citizen to possess a valid travel document (such as a national identity card or passport) to enjoy the right of free movement in the EU, EEA and Switzerland. In theory, if an EU, EEA or Swiss citizen can prove his/her nationality by 'any other means' (e.g., by presenting an expired national identity card or passport, or a citizenship certificate), he/she must be permitted to enter and reside in the EU, EEA and Switzerland without a visa. An EU citizen who is unable to demonstrate his/her nationality satisfactorily must nonetheless be given 'every reasonable opportunity' to obtain the necessary documents or to have them delivered within a reasonable period of time.


Information regarding USCIS Form I-131 (Application for Travel Document)