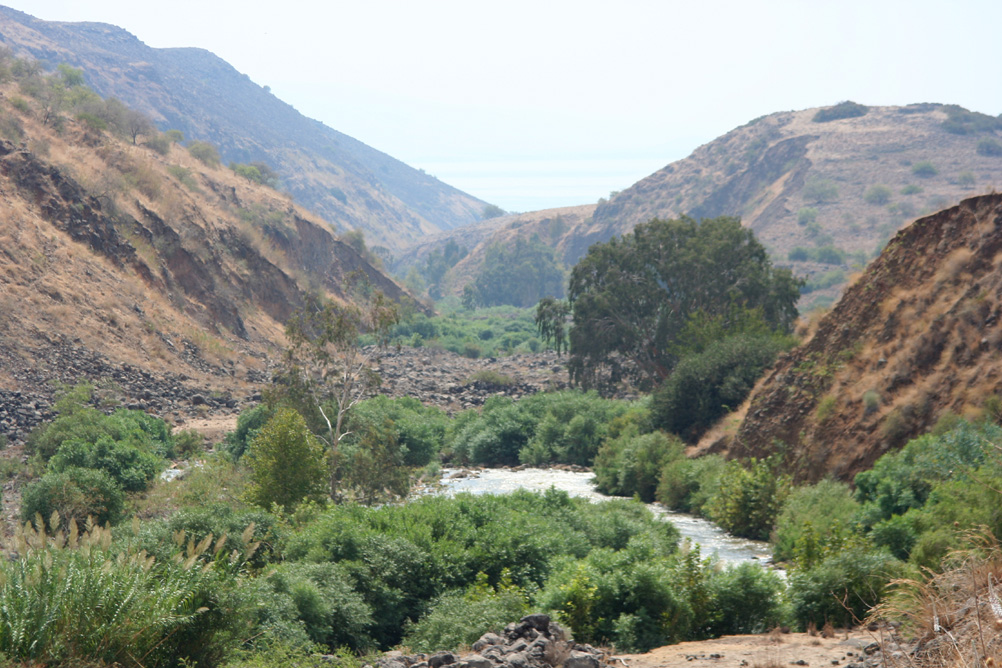 The Jordan Rift Valley, also Jordan Valley ( he|בִּקְעָת הַיַרְדֵּן Bik'at HaYarden, ar|الغور Al-Ghor or Al-Ghawr), also called the Syro-African Depression, is an elongated depression located in modern-day Israel, Jordan, and Palestine. This geographic region includes the entire length of the Jordan River – from its sources, through the Hula Valley, the Korazim block, the Sea of Galilee, the (Lower) Jordan Valley, all the way to the Dead Sea, the lowest land elevation on Earth – and then continues through the Arabah depression, the Gulf of Aqaba whose shorelines it incorporates, until finally reaching the Red Sea proper at the Straits of Tiran. 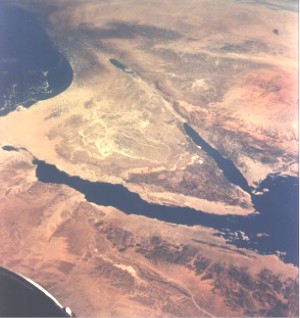 The Jordan Rift Valley was formed many millions of years ago in the Miocene epoch (23.8 – 5.3 Myr ago) when the Arabian Plate moved northward and then eastward away from Africa. One million years later, the land between the Mediterranean and the Jordan Rift Valley rose so that the sea water stopped flooding the area. The geological and environmental evolution of the valley since its inception in the Oligocene can be seen in a variety of sedimentary and magmatic rock units, preserved as continuous sequences in the deeper basins. The outcropping formations around the basins represent alternating deposition and erosion phases. The lowest point in the Jordan Rift Valley is in the Dead Sea, the lowest spot of which is below sea level. The shore of the Dead Sea is the lowest land on earth, at below sea level. Rising sharply to almost in the west, and similarly in the east, the rift is a significant topographic feature over which a few narrow paved roads and difficult mountain tracks lead. The valley north of the Dead Sea has long been a site of agriculture because of water available from the Jordan River and numerous springs located on the valley's flanks.

The plate boundary which extends through the valley is variously called the Dead Sea Transform (DST) or Dead Sea Rift. The boundary separates the Arabian Plate from the African Plate, connecting the divergent plate boundary in the Red Sea (the Red Sea Rift) to the East Anatolian Fault in Turkey.