Click Here for Items Related To - James II of England


James II and VII (14 October 1633O.S.16 September 1701) was King of England and Ireland as James II, and King of Scotland as James VII, from 6 February 1685 until he was deposed in the Glorious Revolution of 1688. He was the last Catholic monarch of England, Scotland, and Ireland; his reign is now remembered primarily for struggles over religious tolerance. However, it also involved the principles of absolutism and divine right of kings, and his deposition ended a century of political and civil strife by confirming the primacy of Parliament over the Crown. James inherited the thrones of England, Ireland, and Scotland from his elder brother Charles II with widespread support in all three countries, largely based on the principles of divine right or birth. Tolerance for his personal Catholicism did not apply to it in general and when the English and Scottish Parliaments refused to pass his measures, James attempted to impose them by decree; it was a political principle, rather than a religious one, that ultimately led to his removal. In June 1688, two events turned dissent into a crisis; the first on 10 June was the birth of James's son and heir James Francis Edward, threatening to create a Roman Catholic dynasty and excluding his Anglican daughter Mary and her Protestant husband William III of Orange. The second was the prosecution of the Seven Bishops for seditious libel; this was viewed as an assault on the Church of England and their acquittal on 30 June destroyed his political authority in England. Anti-Catholic riots in England and Scotland now made it seem that only his removal from the throne could prevent a civil war. Leading members of the English political class invited William of Orange to assume the English throne; after he landed in Brixham on 5 November 1688, James's army deserted, and he went into exile in France on 23 December. In February 1689, a special Convention Parliament held that the king had "vacated" the English throne and installed William and Mary as joint monarchs, establishing the principle that sovereignty derived from Parliament, not birth. James landed in Ireland on 14 March 1689 in an attempt to recover his kingdoms, but despite a simultaneous rising in Scotland, in April a Scottish Convention followed that of England by finding that James had "forfeited" the throne and offered it to William and Mary. After his defeat at the Battle of the Boyne in July 1690, James returned to France, where he spent the rest of his life in exile at Saint-Germain, protected by Louis XIV. Often portrayed by his opponents as an absolutist tyrant, since the 20th century some historians have praised him for advocating religious tolerance, while more recent scholarship has attempted to find a middle ground between those views. 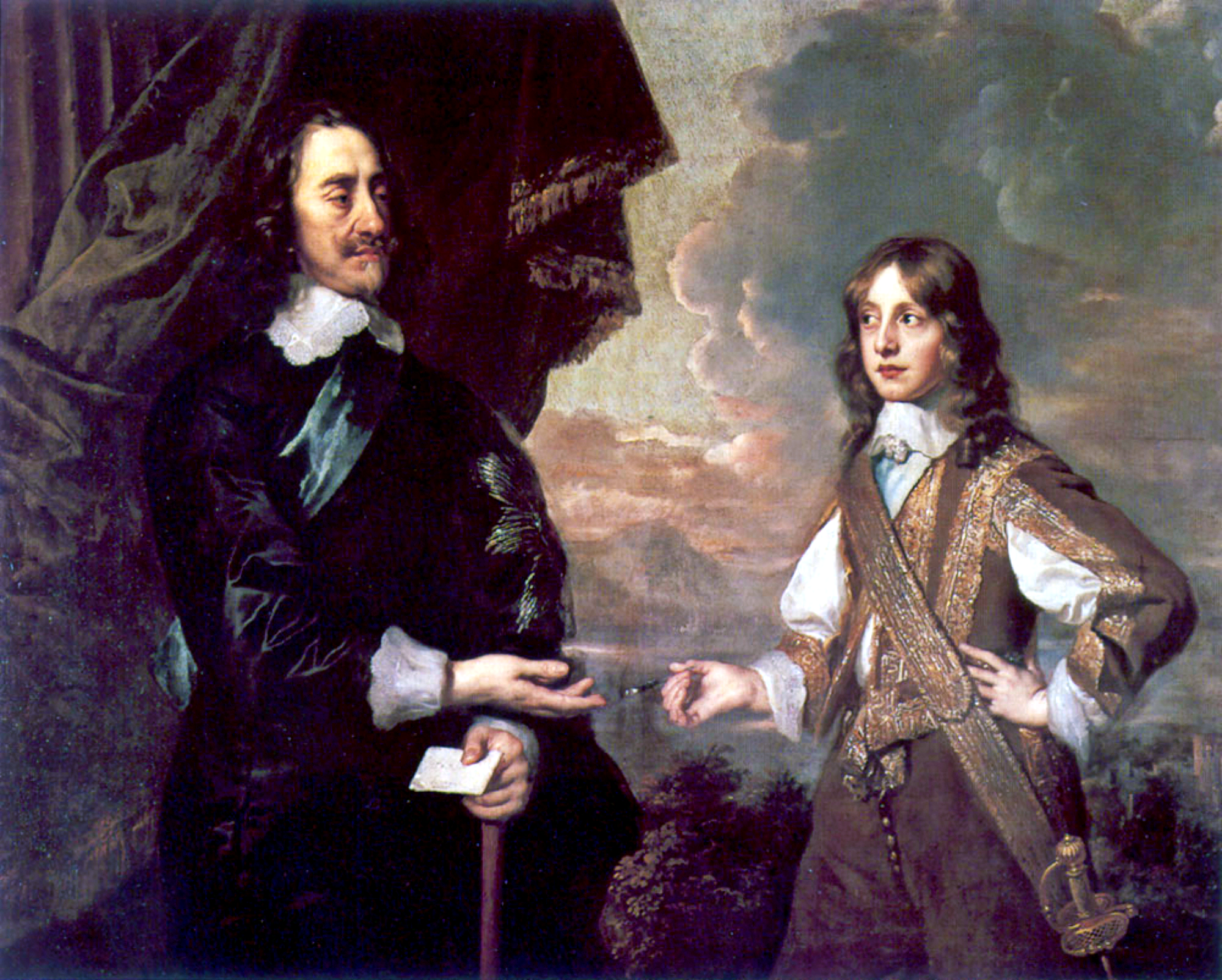 James, the second surviving son of King Charles I and his wife, Henrietta Maria of France, was born at St James's Palace in London on 14 October 1633. Later that same year, he was baptised by William Laud, the Anglican Archbishop of Canterbury. He was educated by private tutors, along with his older brother, the future King Charles II, and the two sons of the Duke of Buckingham, George and Francis Villiers. At the age of three, James was appointed Lord High Admiral; the position was initially honorary, but became a substantive office after the Restoration, when James was an adult. He was designated Duke of York at birth, invested with the Order of the Garter in 1642, and formally created Duke of York in January 1644.