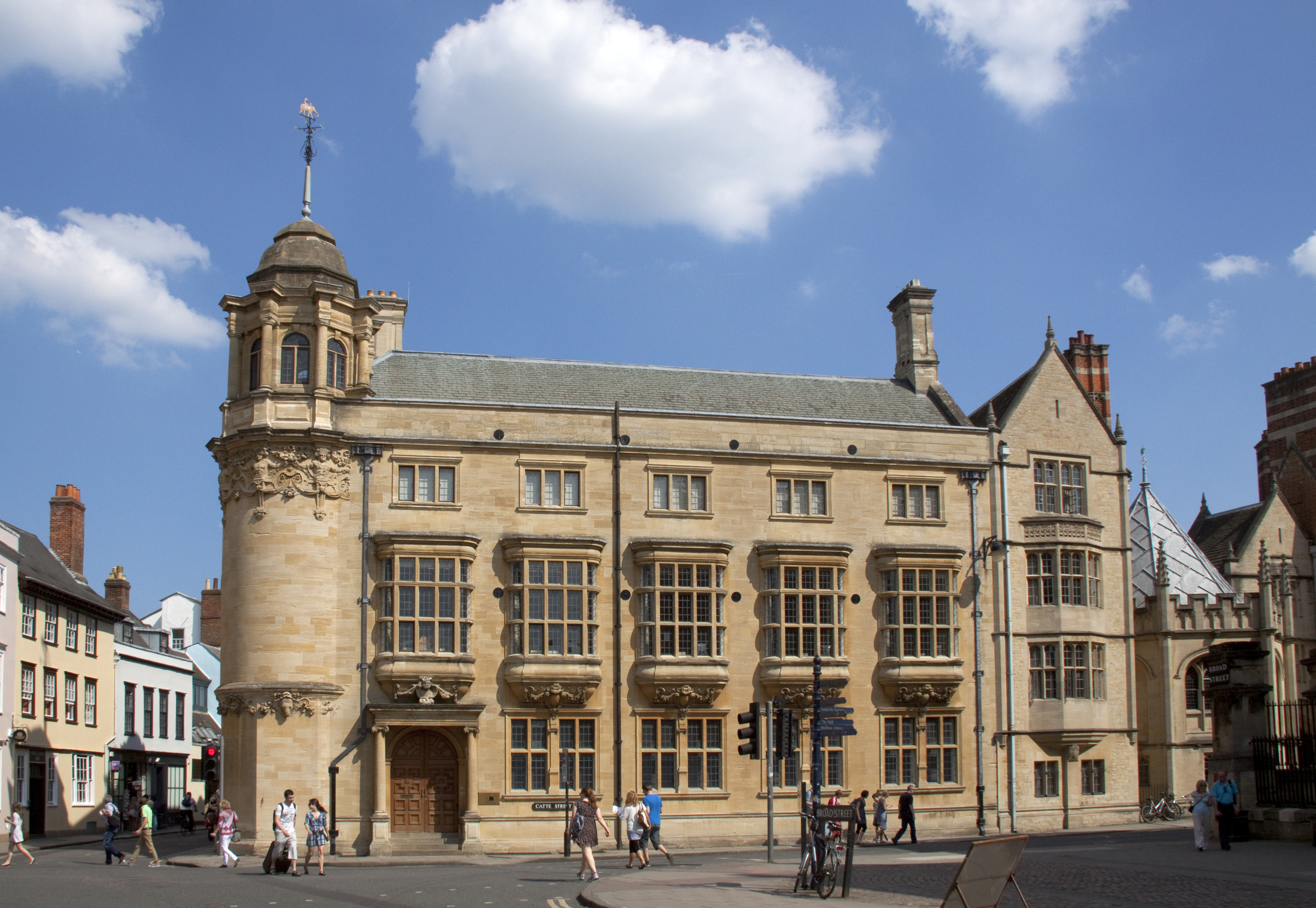 The Indian Institute was an institute within the University of Oxford. It was started by Sir Monier Monier-Williams in 1883 to provide training for the Indian Civil Service (British India), Indian Civil Service of the British Raj. The institute's building is located in central Oxford, England, at the north end of Catte Street, on the corner with Holywell Street, Oxford, Holywell Street, and facing down Broad Street, Oxford, Broad Street from the east.

In June 1881, plans were submitted to the University of Oxford's Hebdomadal Council to build an Indian Institute. The original site was occupied by four old buildings. The building was designed by Basil Champneys and the first section opened in 1884. Originally there was a low shop to the south, but neighbouring Hertford College has now encroached on the Institute with a much taller building. The Institute was built of Taynton, Oxfordshire#Taynton stone, Taynton stone in the style of the English Renaissance, with different oriental details to the designs of Champneys. In 1974 Nikolaus Pevsner observed that the rounded corner cupola made an excellent ''point de vue'' at the east end of Broad Street. Along with the library ''(see below)'', the institute contained Classroom, lecture rooms and a museum. Some contents of the museum are now present in the Ashmolean Museum, Ashmolean and Pitt Rivers Museums. The original Indian Institute building is now the Oxford Martin School of the University of Oxford, the History Faculty having moved to the old City of Oxford High School for Boys, City of Oxford School building on George Street, Oxford, George Street and its library to the Bodleian site.

The Museum was an integral part of Monier-Williams’ design, modelled to some extent on the India Museum in South Kensington. Monier-Williams acquired some pieces during his fund-raising and collecting tour of India in 1883–1884, including from the International Exhibition, at Calcutta, and arranged for regional representatives to send objects to Oxford. Babu T. N. Mukharji was commissioned to catalogue the collections in 1886 (but he never finished doing so). The installation of the museum was done by Dr Heinrich Lüders, assisted by Mr. Long of the Pitt Rivers Museum, and completed in 1898. When Monier-Williams died in 1899, no financial provision had been made for running the museum. Gradually, the collections were dispersed: entomological and zoological collections to the University Museum; and many pieces to the Pitt Rivers Museum and the Ashmolean Museum. A summary catalogue of the museum was prepared by Mr. A. Rost (for a short handbook to the Institute, by Professor Arthur Anthony Macdonell, Arthur Macdonell, 1922, but never published).

The building was financed entirely by private donors in India and Britain, for the sole purpose of constructing an edifice to house study for and on the Indian sub-continent. There was consequently great controversy in 1968, when the University's governing council evicted the Indian Institute from the premises without compensation, and then made a gift of the premises to the History Faculty, which specialises in European history to the exclusion of Indian history. The government of India filed a formal protest on behalf of the families of the original donors, who felt defrauded by the University's actions. The Oxford University Student Union went further still, accusing the University administration of racism in the decision.

The aim of the Indian Institute was: :''The work of fostering and facilitating Indian studies in the University; the work of making Englishmen, and even Indians themselves, appreciate better than they have done before the languages, literature and industries of India.''