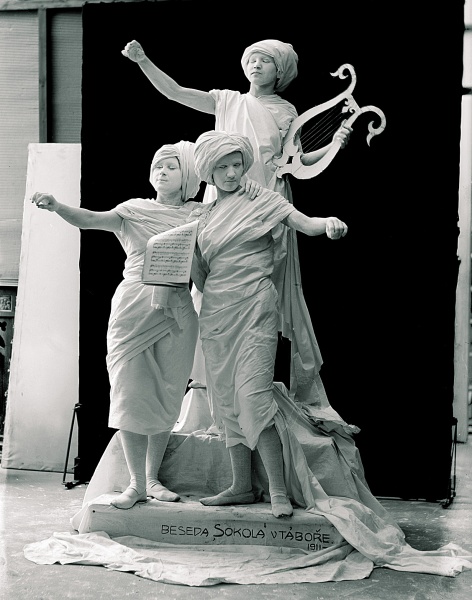 and
oratory Oratory is a type of public speaking. Oratory may also refer to: * Eloquence, fluent, forcible, elegant, or persuasive speaking * Rhetoric, the art of discourse Places * Oratory (worship), a public or private place of divine worship, akin to a c ...

, it emphasizes, evokes strong feelings, and creates strong impressions. As a figure of speech, it is usually not meant to be taken literally.

'Hyperbole' is derived from the grc, ''huperbolḗ'' by way of Latin. The word is composed from ''hupér'' 'above, beyond' and ''bállō'' 'throw'. Unlike most English words beginning with ''hyper-'', it is stressed on the second syllable. The first known use is in the 15th century. 'Hype' is a shortened version.

Hyperbole is often used for emphasis or effect. In casual speech, it functions as an
intensifier ''Intensifier'' ( abbreviated ) is a linguistic Linguistics is the science, scientific study of language. It encompasses the analysis of every aspect of language, as well as the methods for studying and modeling them. The traditional areas ...
: saying "the bag weighed a ton" simply means that the bag was extremely heavy. The rhetorical device may be used for serious or ironic or comic effects. Understanding hyperbole and its use in context can help understand the speaker's point. Hyperbole generally conveys feelings or emotions from the speaker, or from those who the speaker may talk about. It can be used in a form of humor, excitement, distress, and many other emotions, all depending on the
context Context may refer to: * Context (language use), the relevant constraints of the communicative situation that influence language use, language variation, and discourse summary. Computing * Context (computing), the virtual environment required to ...
in which the speaker uses it.

Hyperbole is one of the most widely recognized and used forms of figurative language in everyday life. It is used heavily in advertising and entertainment. Advertisers use hyperbole to exaggerate the benefits of products to boost sales. Repetitive hyperbole is used in
public relations Public relations (PR) is the practice of managing and disseminating information from an individual or an organization An organization, or organisation (English in the Commonwealth of Nations, Commonwealth English; American and British E ...
to increase the popularity of a person or product. It is also used in propaganda, giving it a bad reputation.

Rhetorical hyperbole is defined as "extravagant exaggeration employed for rhetorical effect" for
First Amendment First or 1st is the ordinal form of the number one (#1). First or 1st may also refer to: *World record A world record is usually the best global and most important performance that is ever recorded and officially verified in a specific skill, ...
purposes. Greenbelt Cooperative Pub. Ass’n v. Bresler (1970), Letter Carriers v. Austin (1974) and Milkovich v. Lorain Journal Co. (1989) are notable cases. In Watts v. United States (1969) the defendant was absolved of federal anti-threat punishment for saying "the first person he would put in his scope is L.B.J."; the court found this to be "political hyperbole".

Hyperbole has been used throughout literature for many centuries. Heroic dramas, which are dramas with an emphasis on grandeur and excess, often make use of hyperbole to extend the effect and epic nature of the genre. Modern
tall tale A tall tale is a story with unbelievable elements, related as if it were true and factual. Some tall tales are exaggerations of actual events, for example wikt:fish story, fish stories ("the fish that got away") such as, "That fish was so big, why I ...
s also make use of hyperbole to exaggerate the feats and characteristics of their protagonists. For example, the American tall tale about
Paul Bunyan Paul Bunyan is a Giant (mythology), giant lumberjack and folk hero in American folklore, American and Canadian folklore. His exploits revolve around the tall tales of his superhuman labors, and he is customarily accompanied by Babe the Blue O ...

relies heavily on hyperbole to establish Bunyan's giant stature and abilities. For hyperbole to be effective it needs to be obvious, deliberate, and outlandish. Using hyperbolic speech as a character trait can denote an unreliable narrator.
Emerson

's ''Concord Hymn'' uses hyperbole in the lines "Here once the embattled farmers stood / And fired the shot heard round the world." In
Kurt Vonnegut Kurt Vonnegut Jr. (; November 11, 1922 – April 11, 2007) was an American writer. In a career spanning over 50 years, he published 14 novels, three short story collections, five plays, and five nonfiction works, with further collections being p ...

's ''Slaughterhouse-Five'', the protagonist emerges from his shelter to find total destruction, and makes the hyperbolic statement that "Dresden was like the moon now, nothing but minerals." The hyperbole conveys how completely the city was ruined.

One of the most frequently used hyperboles in English is the word ''literally''. It became a controversial issue when people began to use ''literally'' to mean ''figuratively'' (the exact opposite). Many dictionaries now document the meaning as "to acknowledge that something is not literally true but is used for emphasis or to express strong feeling". Hence, ''literally'' has become one of the primary ways to exaggerate and hyperbolize a statement.

* He was so angry, I thought he was going to kill somebody. * She had a thousand missed calls. * I was so embarrassed, I wanted to die. * She's as blind as a bat.

* Adynaton, an impossible form of hyperbole *
Figure of speech A figure of speech or rhetorical figure is a word or phrase that entails an intentional deviation from ordinary language use in order to produce a rhetoric Rhetoric () is the Art (skill), art of persuasion, which along with grammar a ...
*
Litotes In rhetoric Rhetoric () is the art Art is a diverse range of (products of) human activities involving creative imagination to express technical proficiency, beauty, emotional power, or conceptual ideas. There is no generally agre ...
and
meiosis Meiosis (; , because it is a reductional division) is a special type of of in organisms used to produce the , such as or . It involves two rounds of division that ultimately result in four cells with only one copy of each (). Additionall ...
, forms of deliberate
understatement Understatement is a form of speech or disclosure which contains an expression of lesser strength than what would be expected. It is the opposite of an embellishment. The rhetorical form of understatement is litotes in which understatement is used ...
*
Tautology (language) In literary criticism and rhetoric, a tautology is a statement which repeats an idea, using near-synonymous morphemes, words or phrases, effectively "saying the same thing twice". Tautology and pleonasm are not consistently differentiated in liter ...


Examples of hyperbole in poetry

Definition and Examples of Hyperbole

What is Hyperbole?
* Rhetorical techniques {{ling-stub