Hu Yaobang (20 November 1915 – 15 April 1989) was a high-ranking official of the People's Republic of China. He held the top office of the Chinese Communist Party (CCP) from 1981 to 1987, first as Chairman from 1981 to 1982, then as General Secretary from 1982 to 1987. Hu joined the CCP in the 1930s, and rose to prominence as a comrade of Deng Xiaoping. During the Cultural Revolution (1966–1976), Hu was purged, recalled, and purged again by Mao Zedong. After Deng rose to power, following the death of Mao Zedong, Hu was promoted to a series of high political positions and played an important role in the "Boluan Fanzheng" program. Throughout the 1980s Hu pursued a series of economic and political reforms under the direction of Deng. Hu's political and economic reforms made him the enemy of several powerful Party elders, who opposed free market reforms and attempts to make China's government more transparent. When widespread student protests occurred across China in 1987, Hu's political opponents successfully blamed Hu for the disruptions, claiming that Hu's "laxness" and "bourgeois liberalization" had either led to, or worsened, the protests. Hu was forced to resign as Party general secretary in 1987, but was allowed to retain a seat in the Politburo. Hu's position as Party general secretary was taken by Zhao Ziyang, who continued many of Hu's economic and political reforms. A day after Hu's death in 1989, a small-scale demonstration commemorated him and demanded that the government reassess his legacy. A week later, the day before Hu's funeral, some 100,000 students marched on Tiananmen Square, leading to the 1989 Tiananmen Square protests. Following the 1989 protests, the Chinese government censored the details of Hu's life within mainland China, but it officially rehabilitated his image and lifted its censorship restrictions on the 90th anniversary of Hu's birth, in 2005. 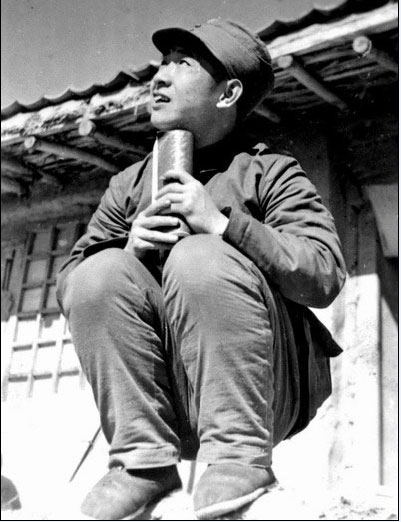 Hu Yaobang's ancestors were Hakkas from Jiangxi. During the Ming dynasty (1368–1644) they migrated into Hunan, where Hu was born. Hu Yaobang was born into a poor peasant family, and received little formal education. As a child he never attended school, and he taught himself to read. Hu participated in his first rebellion when he was twelve, left his family to join the Chinese Communist Party when he was only fourteen, and became a full member of the Party in 1933. During the factional struggles that polarized the CCP during the 1930s, Hu supported Mao Zedong and opposed the 28 Bolsheviks. Hu was one of the youngest veterans of the Long March. Once Mao was removed from power, shortly before the beginning of the Fourth Encirclement Campaign, Mao's supporters were persecuted, and Hu Yaobang was sentenced to death. Just before the beginning of the Long March, he and others were on their way to be beheaded. However, a powerful local communist commander named Tan Yubao intervened at the last minute, saving Hu's life. Because of Hu's support of Mao, he was deemed unreliable and ordered to join the Long March so that he could be placed under surveillance. Hu Yaobang was seriously wounded in the battle of Mount Lu, near Zunyi, close to the area where Mao Zedong rose back to power via the Zunyi Conference. After Hu was wounded the communist field medic teams chose not to help Hu, and left him in the battlefield to die on the side of the road. Hu was rescued by a childhood friend of his, a Chinese Red Army commander, who happened to pass by. Hu called out his friend's nickname to ask for help, and the friend helped him catch up with the retreating main force of the Chinese Red Army and get treatment for his wounds. In 1936, Hu joined an expeditionary force led by Zhang Guotao. The objective of Zhang's 21,800+ strong force, was to cross the Yellow River, to expand the communist base west of Shaanxi, and to link up with forces from the Soviet Union or with the Xinjiang warlord Sheng Shicai, who was an ally of the communists and the Soviet Union. Zhang Guotao's forces were soundly defeated by the local Nationalist warlords, the Ma clique. Hu Yaobang, along with Qin Jiwei, became two of the thousands of prisoners-of-war captured by Ma clique's forces. Hu was one of only 1,500 prisoners-of-war whom Ma Bufang decided to use as forced labor rather than execute. Ma Bufang sent several Muslim cavalry divisions under General Ma Biao to fight against the Japanese. However Chiang Kai-shek pressured Ma Bufang to contribute even more of his troops to fight Japanese invaders, Ma Bufang decided that, instead of using more of his own troops, he would instead send the 1,500 Chinese Red Army prisoners-of-war as conscripts. Since the marching route had to pass the border of the communist base in Shaanxi, Hu Yaobang and Qin Jiwei decided to return to the Communists, and secretly organized an escape. The escape took place as planned and was a success: out of the total 1,500 POWs, more than 1,300 successfully returned to Yan'an. Mao personally welcomed these returning communists, and Hu Yaobang returned to communist forces, where he would remain for rest of his life. After Hu arrived in Yan'an, he attended the Anti-Japanese Military School. While studying in Yan'an, Hu met and married his wife, Li Zhao, who was also a student in Yan'an. After his training, Hu worked in the political department, and was assigned to work as a member of Peng Dehuai's Third Front Army. Hu befriended and worked closely with Deng Xiaoping in the 1930s. In the 1940s, Hu worked under Deng as a political commissar in the Second Field Army. In the final stages of the Chinese Civil War, Hu accompanied Deng to Sichuan, and communist forces successfully took control of the province from Nationalist forces in 1949.

In 1949, the CCP successfully defeated Nationalist forces on mainland China, and the communists founded the People's Republic. In 1952, Hu accompanied Deng to Beijing, and Hu became the leader of the Communist Youth League from 1952–1966. Hu rose rapidly up the Communist Party hierarchy, until Mao sent Hu to work as First Party Secretary of Shaanxi in 1964, saying: "He needs some practical training". Hu may have been assigned to work outside of Beijing because he was judged as being not sufficiently enthusiastic about Maoism. Unlike many of his colleagues, Hu was able to keep his membership within the Party Central Committee until the 9th Party Congress in April 1969. During the Cultural Revolution, Hu was purged twice and rehabilitated twice, mirroring the political career of Hu's mentor, Deng Xiaoping. In 1969, Hu was recalled to Beijing to be persecuted. Hu became "number one" among the "Three Hus", whose names were vilified and who were paraded through Beijing wearing heavy wooden collars around their necks. The other two "Hus" were Hu Keshi, who was the second most senior member of the Communist Youth League, and Hu Qili, who was third most senior in the Communist Youth League and who had also become a close associate of Deng Xiaoping. After being publicly humiliated, Hu was sent to an isolated work camp to participate in "reformation through labour" under strict security. While in political exile Hu was forced to work hauling large boulders by hand. When Deng was temporarily recalled to Beijing, from 1973–1976, Hu was also recalled; but, when Deng was purged again, in 1976, Hu was also purged. After his second purge, Hu was sent to herd cattle. Hu was recalled and rehabilitated a second time in 1977, shortly after Mao's death. After Hu was recalled, he was promoted to directing the Party's organizational department, and later directed Party propaganda through a department of the Politburo. Hu was one of the main leaders responsible for re-assessing the fates of people who had been persecuted during the Cultural Revolution. According to the Chinese government, Hu was personally responsible for exonerating over three million people. Hu tacitly supported the 1978 Democracy Wall protesters, and invited two of the activists to his home in Beijing. Hu opposed Hua Guofeng's "Two Whatevers" policy, and was an important supporter of Deng Xiaoping's ascent to power.

Hu Yaobang's rise to power was engineered by Deng Xiaoping, and Hu rose to the highest levels of the Party after Deng displaced Hua Guofeng as China's "paramount leader". In 1980 Hu became Party Secretary General, and was elected to the powerful Politburo Standing Committee. In 1981, Hu became CPC Chairman, but helped abolish the position of Party chairman in 1982, as part of a broader effort to distance China from Maoist politics. Most of the chairman's functions were transferred to the post of General Secretary, a post taken by Hu. Deng's displacement of Hua Guofeng marked the Party leadership's consensus that China should abandon strict Maoist economics in favor of more pragmatic policies, and Hu directed many of Deng's attempts to reform the Chinese economy. By 1982, Hu was the second most powerful person in China, after Deng. Throughout the last decade of Hu's career, he promoted the role of intellectuals as being fundamental to China's achievement of the Four Modernizations. During the early 1980s, Deng referred to Hu and Zhao Ziyang as his "left and right hands". After advancing to the position of general secretary, Hu promoted a number of political reforms, often collaborating with Zhao. The ultimate goals of Hu's reforms were sometimes vaguely defined. Hu attempted to reform China's political system by: requiring candidates to be directly elected in order to enter the Politburo; holding more elections with more than one candidate; increasing government transparency; increasing public consultation before determining Party policy; and, increasing the degree that government officials could be held directly responsible for their mistakes. During his time in office, Hu tried to rehabilitate the people who were persecuted during the Cultural Revolution. Many Chinese people think that this was his most important achievement. He was also in favor of a pragmatic policy in the Tibet Autonomous Region after realising the mistakes of previous policies. He ordered the withdrawal of thousands of Han Chinese cadres from the Tibet Autonomous Region following a May 1980 visit to the region, believing that Tibetans and Uyghurs should be empowered to administer their own affairs. Han Chinese who remained were required to learn Tibetan and Uyghur. He set out six requirements to improve 'existing conditions', including the increase of state funds to the Tibet Autonomous Region, improvements in education, and efforts to revive Tibetan and Uyghur culture. At the same time, Hu stated that "anything that is not suited to Tibet's conditions should be rejected or modified".