The ''Houston Chronicle'' is the largest daily newspaper in Houston, Texas, United States. , it is the third-largest newspaper by Sunday circulation in the United States, behind only ''The New York Times'' and the ''Los Angeles Times''. With its 1995 buy-out of long-time rival the ''Houston Post'', the ''Chronicle'' became Houston's newspaper of record. The ''Houston Chronicle'' is the largest daily paper owned and operated by the Hearst Corporation, a privately held multinational corporate media conglomerate with $10 billion in revenues. The paper employs nearly 2,000 people, including approximately 300 journalists, editors, and photographers. The ''Chronicle'' has bureaus in Washington, D.C. and Austin. It reports that its web site averages 125 million page views per month. The publication serves as the "newspaper of record" of the Houston area. Previously headquartered in the Houston Chronicle Building at 801 Texas Avenue, Downtown Houston, the ''Houston Chronicle'' is now located at 4747 Southwest Freeway. It has two websites: chron.com and houstonchronicle.com. Chron.com is free and has breaking news, weather, traffic, pop culture, events listings, and city guides. Houstonchronicle.com, launched in 2012 and accessible after subscription purchase, contains analysis, reporting, columns, and everything found in the daily newspaper. 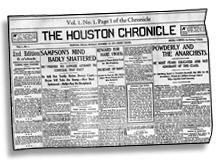 From its inception, the practices and policies of the ''Houston Chronicle'' were shaped by strong-willed personalities who were the publishers. The history of the newspaper can be best understood when divided into the eras of these individuals.

The ''Houston Chronicle'' was founded in 1901 by a former reporter for the now-defunct ''Houston Post'', Marcellus E. Foster. Foster, who had been covering the Spindletop oil boom for the ''Post'', invested in Spindletop and took $30 of the return on that investment — at the time equivalent to a week's wages — and used it to fund the ''Chronicle''. The ''Chronicle''s first edition was published on October 14, 1901, and sold for two cents per copy, at a time when most papers sold for five cents each. At the end of its first month in operation, the ''Chronicle'' had a circulation of 4,378 — roughly one tenth of the population of Houston at the time. Within the first year of operation, the paper purchased and consolidated the ''Daily Herald''. In 1908, Foster asked Jesse H. Jones, a local businessman and prominent builder, to construct a new office and plant for the paper, "and offered half-interest in the newspaper as a down payment, with twenty years to pay the remainder. Jones agreed, and the resulting Chronicle Building was one of the finest in the South." Under Foster, the paper's circulation grew from about 7,000 in 1901 to 75,000 on weekdays and 85,000 on Sundays by 1926. Foster continued to write columns under the pen name ''Mefo'', and drew much attention in the 1920s for his opposition to the Ku Klux Klan (KKK). He sold the rest of his interest to Jesse H. Jones on June 26, 1926, and promptly retired. 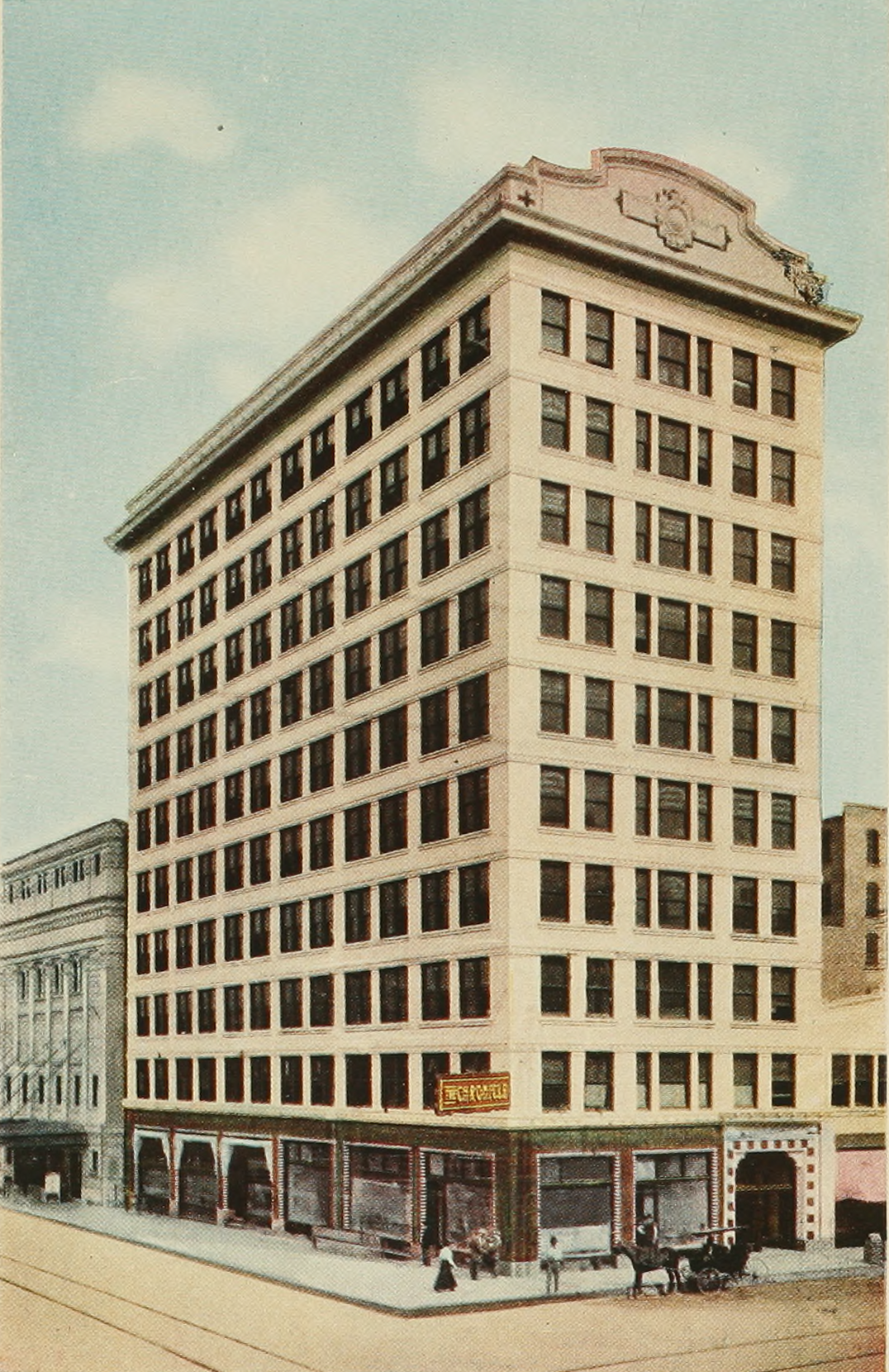 In 1911, City Editor George Kepple started Goodfellows. On Christmas Eve 1911, Kepple passed a hat among the ''Chronicle''s reporters to collect money to buy toys for a shoe-shine boy. Goodfellows continues today through donations made by the newspaper and its readers. It has grown into a citywide program that provides needy children between the ages of two and ten with toys during the winter holidays. In 2003, Goodfellows distributed almost 250,000 toys to more than 100,000 needy children in the Greater Houston area.

In 1926, Jesse H. Jones became the sole owner of the paper. He had approached Foster about selling, and Foster had answered, "What will you give me?". Jones described the buyout of Foster as follows: In 1937, Jesse H. Jones transferred ownership of the paper to the newly established Houston Endowment Inc. Jones retained the title of publisher until his death in 1956. According to the ''Handbook of Texas'' online, the ''Chronicle'' generally represented very conservative political views during the 1950s: ::"...the ''Chronicle'' generally represented the very conservative political interests of the Houston business establishment. As such, it eschewed controversial political topics, such as integration or the impacts of rapid economic growth on life in the city. It did not perform investigative journalism. This resulted in a stodgy newspaper that failed to capture the interests of newcomers to the city. By 1959, circulation of the rival ''Houston Post'' had pulled ahead of the ''Chronicle''." Jones, a lifelong Democrat who organized the Democratic National Convention to be in Houston in 1928, and who spent long years in public service first under the Wilson administration, helping to found the Red Cross during World War I, and later famously under the Roosevelt administration, described the paper's mission in these terms: ::"I regard the publication of a newspaper as a distinct public trust, and one not to be treated lightly or abused for selfish purposes or to gratify selfish whims. A great daily newspaper can remain a power for good only so long as it is uninfluenced by unworthy motives, and unbought by the desire for gain. A newspaper which can be neither bought nor bullied is the greatest asset of a city or state. Naturally, a newspaper makes mistakes in judgment, as it does in type; but, so long as errors are honestly made, they are not serious when general results are considered. ::The success or failure of a particular issue is of little consequence compared with the all-important principle of a fearless and honest newspaper. This I intend the ''Chronicle'' shall always be, a newspaper for all the people, democratic in fact and in principle, standing for the greatest good to the greatest number, championing and defending what it believes to be right, and condemning and opposing what it believes to be wrong. ::Such have always been the policies of the ''Chronicle'' and to such it is now rededicated." Under Jones' watch, the ''Chronicle'' bought KTRH, one of Houston's oldest radio stations, in 1937. In 1954, Jones led a syndicate that signed on Houston's third television station, KTRK-TV.

The board of Houston Endowment named John T. Jones, nephew of Jesse H. Jones, as editor of the ''Chronicle''. Houston Endowment president, J. Howard Creekmore, was named publisher. In 1961, John T. Jones hired William P. Steven as editor. Steven had previously been editor of the ''Tulsa Tribune'' and the ''Minneapolis Star Tribune'', and credited with turning around the declining readership of both papers. One of his innovations was the creation of a regular help column called "Watchem", where ordinary citizens could voice their complaints. The ''Chicago Tribune'' later called this column a pioneer and prototype of the modern newspaper "Action Line".