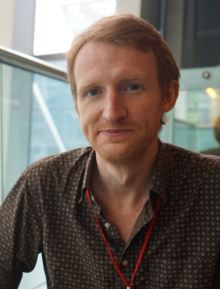 Hong Kong Free Press (HKFP) is a free, non-profit news website based in Hong Kong. It was co-founded by Tom Grundy in 2015 who believed that the territory's press freedom was in decline, to provide an alternative to the dominant English-language news source, and to cover the pro-democracy movement.

Before founding Hong Kong Free Press in 2015, Grundy was a social activist and a blogger who had lived in Hong Kong since around 2005. He wrote the blog Hong Wrong and ran the HK Helper's Campaign, a group advocating for rights of foreign domestic helpers in Hong Kong. He established HKFP in response to concerns about eroding press freedom and media self-censorship in Hong Kong. HKFP also aimed to provide quick news reports with context, which Grundy said Hong Kong's largest English-language newspaper, the ''South China Morning Post'', does not do. The owners of the ''SCMP'' have business interests in mainland China which has led claims of biased coverage. Reporters Without Borders placed Hong Kong at thirty-four in their World Press Freedom Index in 2010, but at seventieth in 2015. Crowdfunding for HKFP took place on Fringebacker and aimed to raise $150,000 (US$19,342) in a month to support two journalists. The amount was raised in two days and the goal was raised to $500,000. The fundraising campaign concluded in June 2015 with more than $600,000 raised. HKFP recruited more journalists and contributors and established headquarters in the offices of D100 Radio in Cyberport. The full website was launched on 29 June 2015. Beginning in late 2015, Chinese authorities blocked access to the site in mainland China. In its first year of operation, HKFP published 4,400 news articles and commentaries and had over 3.5 million unique visitors. HKFP relocated from Cyberport to a co-working space in Kennedy Town in late 2017. In a 2019 public opinion survey conducted by the Chinese University of Hong Kong, HKFP was ranked as the third most credible online news outlet in Hong Kong with a credibility rating of 5.56 out of 10. In early 2020, HKFP suspended its coverage for a website relaunch. In the relaunch, HKFP introduced its code of ethics and fact-checking policy and recruited two reporters. The national security law, which came into force in the summer of 2020, means the ''HKFP'' may be under threat from the authorities in due course. In ''The Guardian'', Grundy wrote that he and his colleagues have made contingency plans for the newspaper to continue if they are legally threatened by the authorities or forced to leave the territory.

In the long term, HKFP plans to achieve financial sustainability through "continued crowdfunding efforts, advertising and sponsorship events" and by operating with minimal overhead costs. Tom Grundy, a freelance journalist, stated that the site would "start with simple local news, and investigative pieces about Hong Kong" and that "we have no political agenda. We simply aim to be credible".

In August 2020, it was reported that the columnist Kong Tsun-Gan, whose opinion pieces are published by ''Hong Kong Free Press'', was using a pseudonym due to safety concerns. Kong was using a Chinese name 江松澗. Kong's work has been cited by ''CNN,'' ''The New York Times'', ''Los Angeles Times'', AFP, ''The Guardian'', other Western news sources and the former Hong Kong governor Chris Patten for Kong's expert views on Hong Kong and China. Max Blumenthal, the editor of ''The Grayzone'' website, claimed that Kong is a white American male named Brian Kern and said that Kern was involved in anti-government protests in Hong Kong. In December 2019, ''HKFP'' threatened legal action against Hong Kong newspaper ''The Standard'' which claimed Kong was in fact an American. HKFP declined to clarify whether they knew of Kong's identity prior to Kong's own public admission in August 2020. After the publication of these accounts, HKFP published an op-ed by Kong accusing pro-Chinese Communist Party of defaming him and admitted to having used a pen name since 2014, but declined to reveal his true identity. Kong Tsung-Gan responded in the HKFP:

Clearly in none of the above cases did I have any intention of pretending I was the person in question. I have never asserted that I am ethnically Chinese. This disinformation campaign is meant to discredit first of all me and secondly the Hong Kong freedom struggle... Those who’ve tried to “expose” my identity—as if a gweilo can’t be every bit as legitimate and authentic a member of the Hong Kong freedom struggle as anyone else—have refused to engage with anything I’ve written in order to rebut or argue with it.