The area of modern-day Hollister was historically inhabited by the Mutsun band of the Ohlone Native Americans. With the construction of Mission San Juan Bautista in 1797, the Ohlone were forced into the California mission system. The town of Hollister was founded on November 19, 1868, by William Welles Hollister on the grounds of the former Mexican land-grant Rancho San Justo. At the time, Hollister was located within Monterey County, until San Benito County was formed by the California Legislature in 1874 from portions of Monterey, Merced, and Fresno counties.

The Hollister Hills Vehicular Recreation Area, southwest of the main town, draws over 100,000 vehicles per year. The city is intermittently the site of an annual motorcycle rally around July Fourth. The riot at the original 1947 event was the basis for the 1953 film ''The Wild One''. The rally was revived in 1997 as the Hollister Independence Rally. In 2005, the Hollister City Council discontinued their contract with the event organizers, the Hollister Independence Rally Committee, due to financial and public safety concerns. The event was canceled in 2006 due to lack of funding for security, but returned in 2007 and 2008. The format of the rally in 2007 differed markedly from previous rallies, with vendors on San Benito Street instead of motorcycles. The bikes were forced to park on side streets and a strict downtown curfew was imposed, with the entire area being locked up at 9:00 pm. This event was popular with bikers and some local establishments profited, but the city footed the bill for much of the expenses and was left liable when organizers filed bankruptcy. 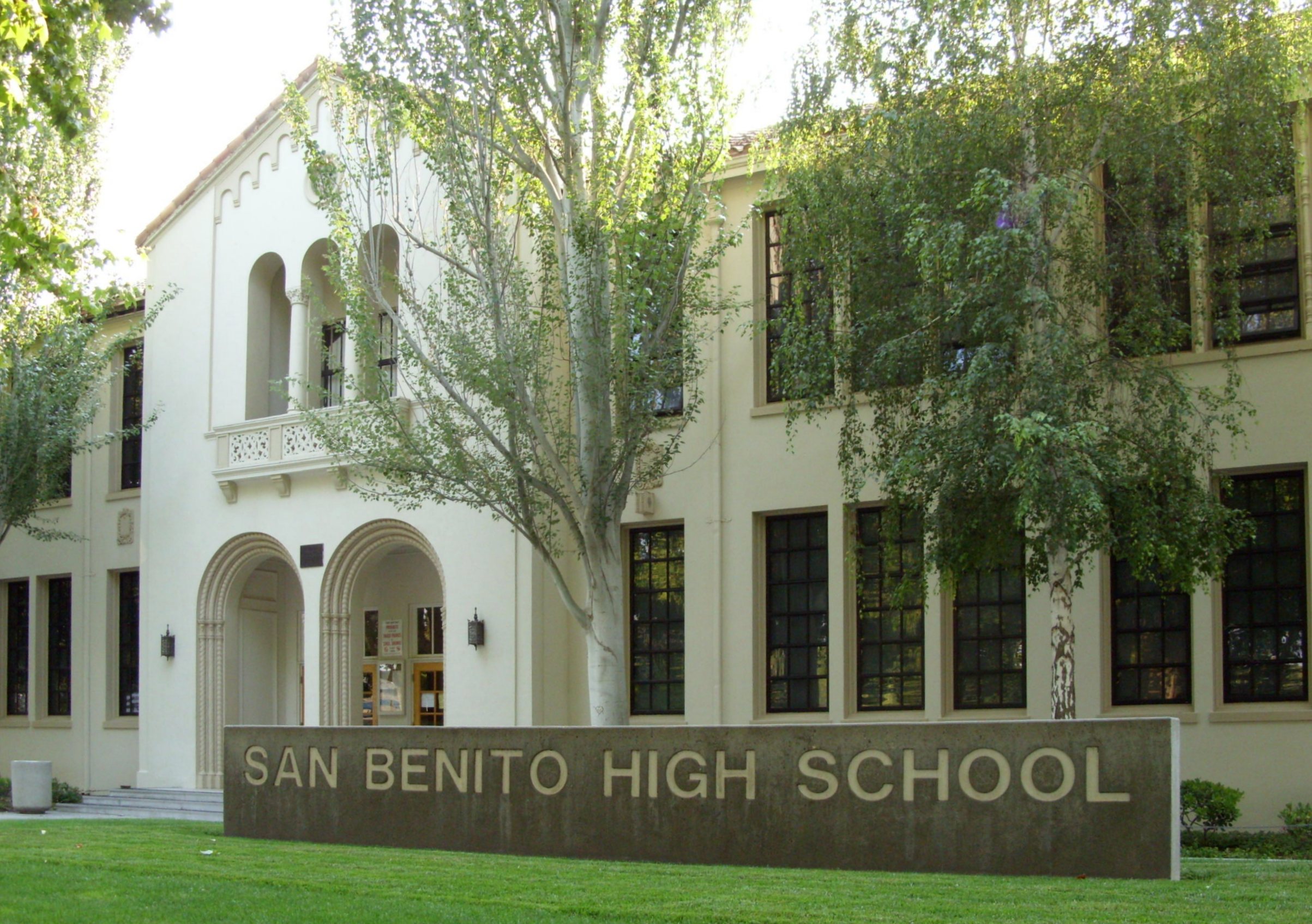 The 2009–2012 rallies were canceled, but the annual rally was reinstated in 2013, and was expected to be profitable for the town. Following a biker gang shooting at the 2014 rally, Hollister mandated that bars must stop selling alcohol after midnight during the 2015 rally. The 2015 rally unexpectedly left the city with a $92,000 loss following a dispute with the promoter. In 2016, the city hired its third promoter in four years; turnout for the 2016 rally was expected to be around 40,000. The ''San Francisco Chronicle'' characterized the 2017 rally crowd as "retired, friendly, weather-worn and excruciatingly law abiding", and estimated the motorcycle attendance around 10,000. The 2018 rally was cancelled due to loss of a major sponsor and concerns about the cost of workers compensation liability. However, 2018 and 2019 both saw non-city-sanctioned "rebel rallies". The 2020 rally was cancelled due to "shelter in place" policies related to the 2019–20 coronavirus pandemic.

Hollister has a warm-summer Mediterranean climate (Köppen ''Csb'') that has warmer summers than the Monterey–Salinas area but also being cooler than many other inland cities of the central part of the state. Despite this, daytime temperatures of or hotter are commonplace between June and October, but hot extremes can be much more severe.

Hollister is well known among geologists because it portrays one of the best examples of aseismic creep anywhere in the world. The Calaveras Fault (a branch of the San Andreas Fault system) bisects the city north and south, roughly along Locust Ave. and Powell St. The streets running east/west across the fault have significant visible offsets. The fault runs directly under several houses. Even though they are visibly contorted the houses are still habitable as the owners have reinforced them to withstand the dislocation of their foundations. Although there was extensive damage in the town after the 1989 Loma Prieta earthquake, and the governor of California came to visit, this was due to a slip of the San Andreas Fault and was not related to the aseismic creep on the Calaveras Fault. Hollister sits on the western foothills of the Diablo Range, which is where the San Andreas Fault runs. Hollister is one of at least three California towns to claim the title of "Earthquake Capital of the World" the other two being Coalinga and Parkfield.

250px|Hollister's city hall is housed in the city's historic [[Carnegie Library, built in 1906. The city council consists of four council members and an elected mayor who represents the city at large. The first directly-elected mayor in the city's history, Ignacio Velazquez, was elected in November 2012. In the California State Legislature, Hollister is in , and in . In the United States House of Representatives, Hollister is in . Around early 2014, Hollister hired four additional police officers to battle a perceived increase in methamphetamine use. In addition, the early 2010s saw an increase in heroin use among young adults, possibly related to tighter regulation of prescription drugs such as Oxycontin which have similar effects to heroin. Furthermore, youth violence spiked around 2013 and 2014.

BenitoLink serves San Benito County. BenitoLink is a locally created community-based online news website. It covers the entire San Benito County which includes the two main towns, Hollister and San Juan Bautista and the many miles of open rural countryside that make up the rest of the county. In 2012, the Community Foundation for San Benito County held listening sessions with a wide variety and large number of county residents to get an idea of the population's needs and interests. The result was an clear interest in a consistent, dependable news source that people could depend on for basic facts, info on activities and a commitment to covering local government. BenitoLink was created with a Knight Foundation grant and the support of the Community Foundation for San Benito County. As a nonprofit news site, BenitoLink is community supported much like PBS stations with individual donors, business sponsors, and major donors. It hosts forums for elections and civil dialogue about important community topics. BenitoLink has a group of reporters and photographers who make an effort to produce stories without inserting their personal opinion and giving the reader the opportunity to learn about the many things occurring in the rapidly growing county. The main focus of the reporting team is government, investigative and features that look at the unique character of the county. The BenitoLink staff refrains from publishing editorials or taking political positions and welcome stimulating conversation among residents.

The ''Hollister Free Lance'' is a newspaper now published on Fridays by New SV Media. ''Mission Village Voice'' is a monthly newspaper, which is also online, focused on San Juan Bautista and covering San Benito county events, arts and culture in general. It is owned by San Juan Bautista resident Anne Caetano, who started the paper on her own and produces a creative newspaper with local writers, designers and artists.

* runs northwestward to the San Francisco Bay Area and southeastward to Pinnacles National Park and Coalinga (the latter via State Route 198). Route 25 through Hollister was until 1984 defined under State law as a segment of State Route 180. * runs westward to Monterey Bay and northeastward to Los Banos in the Central Valley (via State Route 152). * , 15 miles to west, is the nearest major north-south interstate highway, linking the Hollister area to the rest of the Central Coast region, San Francisco to the north, and Los Angeles to the south. *

Interstate 5, 40 miles to the east, is a major north-south interstate highway, linking the Hollister area north to Sacramento and south to Los Angeles.

* San Benito County Express provides local service within Hollister, regional service to San Juan Bautista and Gilroy, where it connects with Caltrain, or on-request, a "Dial-a-Ride" service, and paratransit.

The State of California, Office of Statewide Health Planning and Development defines ''Hazel Hawkins Memorial Hospital'' as a General Acute Care Hospital in Hollister with Basic emergency care as of August 22, 2006. The facility is located in California Health Service Area 8 near (NAD83) latitude/longitude of . As of 2014, the hospital has 113 beds.