The Historical Archive of the City of Cologne (german: Historisches Archiv der Stadt Köln, or german: Kölner Stadtarchiv for short) is the municipal archive of Cologne, Germany. It ranks among the largest communal archives in Europe. A municipal archive has existed in Cologne since the Middle Ages. The oldest inventory of charters in the archive is dated 1408/1409. The oldest document kept in the archive is a charter dated AD 922. The archive contains official records and private documents from all ages of Cologne history, as well as an extensive library of manuscripts. While the adjective "historical" in its name might suggest a closed, complete archive with a focus on older history, the archive is also the official government repository responsible for collecting recent municipal records. The six-story archive building collapsed on 3 March 2009, along with two neighboring apartment buildings. Two residents of neighboring buildings were found dead. All archive staff and visiting archive users survived, as they were able to escape following a warning by construction workers. Around 90% of archival records were buried by the collapse, although it subsequently proved possible to rescue and repair many of them.

An early programme of holding archival records in Cologne was the so-called ''Schreinswesen'' (shrine system), used for documenting citizens' rights. A ''Schrein'' (shrine, from Latin ''scrinium'') was a wooden chest or cabinet where parish administrations stored records and charters. Such shrines were used for records storage throughout the Middle Ages and into early modern times, most notably in the parish of St. Lawrence near the Cologne town hall. The records were for the most part those of real estate transactions: these were recorded on sheets of parchment or in books, which subsequently became known as ''Schreinsbücher'' (shrine books). In Cologne, these books can be traced back to AD 1130. Similar books from the late 12th century are known from the cities of Metz and Andernach. In the 19th century, all records of the old Cologne shrine quarters were transferred to the municipal archives.

First traces of a municipal archive

A municipal archive has existed since at least the year 1322. In 1326 the city council decided to establish the so-called White Book (''Weißes Buch''), a book of copies of charters and privileges. By 1370 the archives were located in the ''Haus zur Stessen''.

Archive in the town hall tower

In medieval Cologne, valuable goods and important trade documents were frequently stored in vaulted warehouses specially built in backyards. This method of storage was used by both business owners and the municipal administration. Documents included grants of privileges, contracts, records of lawsuits, maps, seals and documents from the estates of important persons. As the city and its national and international trade thrived and prospered, the municipal administration began to plan further storage to house the growing number of documents in an adequate space. On 19 August 1406, the city council resolved to add a tower to the town hall. The tower was built between 1407 and 1414, and served, among other purposes, as a storage room for municipal charters, privileges and securities. Cologne's bursary officer, Roland von Odendorp, was responsible for its construction. The Gothic building with its two tetragonal upper stories and two more octagonal top stories has some similarities to Dutch belfries of the time and rises to 61 m. It contained a wine cellar, an armory, a meeting room for the municipal council, a firefighter guardroom on the very top, and a vaulted room for the municipal archives. Documents were stored in chests or cabinets marked A to X. The "Kölner Verbundbrief" charter, a municipal constitution document of 1396, was granted pride of place in a chest decorated with a crown. From 1414, the archive was directed by a ''Gewulvemeister'' (vault master). At a later date, its management was taken over by a committee of municipal jurists, the ''syndici''. In 1594, the records of the Brugge offices of the Hanseatic League (then stored in Antwerp) were transferred to the Cologne archives. These records included copies of the protocols of the diets of the Hanseatic League. With the 1594 transfer, the Cologne archive became the most important repository of historical material concerning the Hanseatic League and thus concerning the history of Northern Germany in general, only matched by the municipal archives of Lübeck. On 27 February 1602, the city council ordered that books on jurisdiction and administration were to be systematically bought at the regularly held Frankfurt Book Fair. These were subsequently stored in the municipal archive and became the basis of the Cologne municipal library. The ''Ratsbibliothek'' was one of the few Cologne libraries that did not suffer major losses during the French occupation in the early years of the 19th century. After the secularization of abbeys and colleges of canons in Cologne in the early years of the 19th century, the French government ordered their archives to be stored in the state archives in Düsseldorf. It was not until 1949 that a mayor of Cologne succeeded in recovering 19,000 charters and many other records for the Cologne municipal archives.

Acquisitions in the 19th century

In 1818, the city of Cologne was bequeathed Ferdinand Franz Wallraf's major collection of art, books and manuscripts. After Wallraf's death in 1824, his collection of statues and paintings became the basis of the Wallrafianum, now known as the Wallraf-Richartz Museum, one of Cologne's major art museums. The archive and library, at that time still run as a single entity, were chosen to hold all books and manuscripts. When the institutions were administratively separated in the 1880s, all manuscripts were retained by the archive, while all printed books were given to the library. This is why, unlike many other archives, the Cologne archive boasts a major collection of medieval manuscripts. Both archive and library shared a building until 1934, when the library moved to the newly built building of the University of Cologne. From 1815 until he died in 1857, Johann Jakob Peter Fuchs managed the municipal archive as its honorary director. Fuchs was a friend of Wallraf's who also supervised the incorporation and cataloging of the Wallraf collection in 1824. He reorganized the entire archive and made its contents accessible to scholarly research. In 1857, Leonhard Ennen became the first full-time municipal archivist. Among other material, he acquired documents from the estate of Hermann von Weinsberg, a 16th-century Cologne jurist famous for his autobiographical writings.

A new purpose-built structure to house the municipal archive and library was erected between 1894 and 1897 to a Gothic revival design by Friedrich Carl Heimann: it was inaugurated in December 1897. The new building was large enough to accommodate the archive at a time of accelerated growth when the city of Cologne was absorbing many previously independent towns and villages. During World War II the building suffered damage from bombing. However, since all records and manuscripts had been moved into secure storage from as early as September 1939, the archive did not suffer any substantial loss. Since the archive moved to its new location in 1971, the 1897 building has been used as a private library by Gerling, a large insurance company. 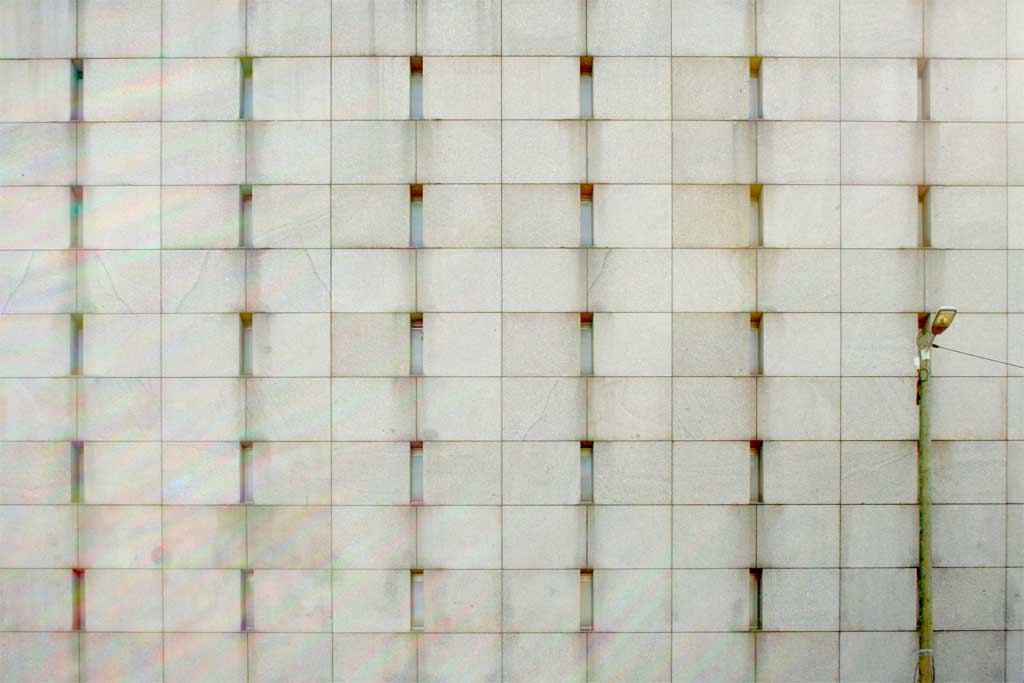 In 1971, a six-story archive building by architect Fritz Haferkamp was built on Severinstraße in the southern part of Cologne's city center. An underlying principle of the design was to protect archival records from fluctuations in weather and climate while creating a balanced room climate. In a move away from the contemporary popularity of electromechanical air conditioning, Haferkamp preferred a structural-physical, self-regulating solution that needed only little additional climate technology. As the "Cologne Model", the building became a model for many later archive buildings internationally. For maximum protection of the stack rooms against atmospheric exposure, an armored concrete frame was encased by a brick wall with a thickness of . A facade was attached at a distance of from the brick wall, made from bright Czech granite. The interior walls were plastered with lime mortar that absorbed air moisture from the inside. The moisture diffused through the brick wall and was drained through the space between the wall and the facade. Only the basement rooms (located under a ceiling with a thickness of ) were artificially air-conditioned. Vertical light slots with a height of and a width of allowed only diffused light to pass to the interior wall, to prevent sunlight from causing any change in temperature. Only the ground floor was equipped with larger windows. The slots were also used for ventilation: opposing slots caused a stream of air that went exactly parallel to the shelf rows.