Sir Henry Yule (1 May 1820 – 30 December 1889) was a Scottish Orientalist and geographer. He published many travel books, including translations of the work of
Marco Polo Marco Polo (; ; ; September 15, 1254January 8, 1324) was a Republic of Venice, Venetian merchant, explorer, and writer who travelled through Asia along the Silk Road between 1271 and 1295. His travels are recorded in ''The Travels of Marco P ...
and ''Mirabilia'' by the 14th-century Dominican Friar Jordanus. He was also the compiler of a dictionary of Anglo-Indian terms, the '' Hobson-Jobson'', with
Arthur Coke Burnell

Henry Yule was born at Inveresk near
Edinburgh Edinburgh (; sco, Edinburgh; gd, Dùn Èideann ) is the capital city of Scotland and one of its 32 Council areas of Scotland, council areas. Historically part of the county of Midlothian (interchangeably Edinburghshire before 1921), it is loc ...
in Scotland on 1 May 1820. He was the youngest son of Major William Yule (1764–1839) and his wife Elizabeth Paterson (died circa 1827). William Yule had served as an officer in the Bengal army of the
East India Company The East India Company (EIC), also known as the Honourable East India Company (HEIC), East India Trading Company (EITC), the English East India Company or (after 1707) the British East India Company, and informally known as John Company, Co ...
and had retired in 1806. Henry was educated at the
High School A secondary school describes an institution that provides secondary education and also usually includes the building where this takes place. Some secondary schools provide both lower secondary education (age 12 to 15) and upper secondary educatio ...
in Edinburgh. He was interested in Arabic and
Persian literature A scene from the ''Shahnameh'' describing the valour of Rustam Persian literature ( fa, ادبیات فارسی, Adabiyâte fârsi, ) comprises oral compositions and written texts in the Persian language and is one of the world's oldest lite ...
and collected early manuscripts. These were later donated by his sons to the British Museum. He translated the ''Apothegms of Ali the son of Abu Talib'' (referring to
Ali 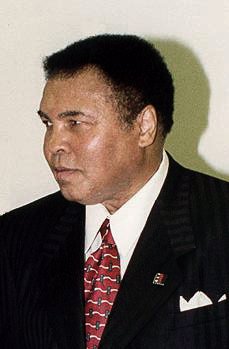 , the successor to
Mohammed ) , birth_date = , birth_place = , death_date = , death_place = , resting_place = , resting_place_coordinates = , nationality = , other_names = , years_active = , notable ...
, the prophet of
Islam Islam (;There are ten pronunciations of ''Islam'' in English, differing in whether the first or second syllable has the stress, whether the ''s'' is or , and whether the ''a'' is pronounced , or (when the stress is on the first syllable) ( ...
; the obscure English word "wikt:en:apothegm, apothegm" refers to short pithy sayings, see ''hadith''.) Yule's mother died before he was eight and William moved to Edinburgh with his sons. Yule attended the Royal High School, Edinburgh, Royal High School and then in 1833 was sent to be coached by the Reverend Henry Hamilton (priest), Henry Hamilton at his rectory in the village of Wath, Harrogate, Wath near Ripon in North Yorkshire. When Hamilton moved to Cambridge in the following year Yule was transferred to the care of the Reverend James Challis, at Papworth Everard near Cambridge. The other resident pupils were John Mason Neale, John Neale and Harvey Goodwin. (Neale co-founded the Society of Saint Margaret, an order of women in the Church of England dedicated to nursing the sick, while Goodwin became Bishop of Carlisle.) Yule's stay at Papworth Everard ended in 1826 when Challis was appointed Plumian Professor of Astronomy and Experimental Philosophy, Plumian Professor of Astronomy and moved to the Cambridge Observatory, Observatory in Cambridge. After a brief period at University College London, Yule entered the Addiscombe Military Seminary, East India Military College at Addiscombe near Croydon (1837–8), followed by the Royal School of Military Engineering, Royal Engineers Establishment at Chatham, Kent. He obtained his Commission (document), commission in December 1838, and joined the Bengal Engineers in 1840. Both of Henry's brothers worked in India. The eldest, George Udny Yule (1813–1886), worked in the Indian Civil Service (British India), Bengal civil service. The other brother, Robert (1817–1857), died near Delhi during the Indian Rebellion of 1857, Indian Rebellion. The statistician Udny Yule was the son of George and thus the nephew of Henry. Henry's great uncle was the botanist John Yule (botanist), John Yule FRSE. 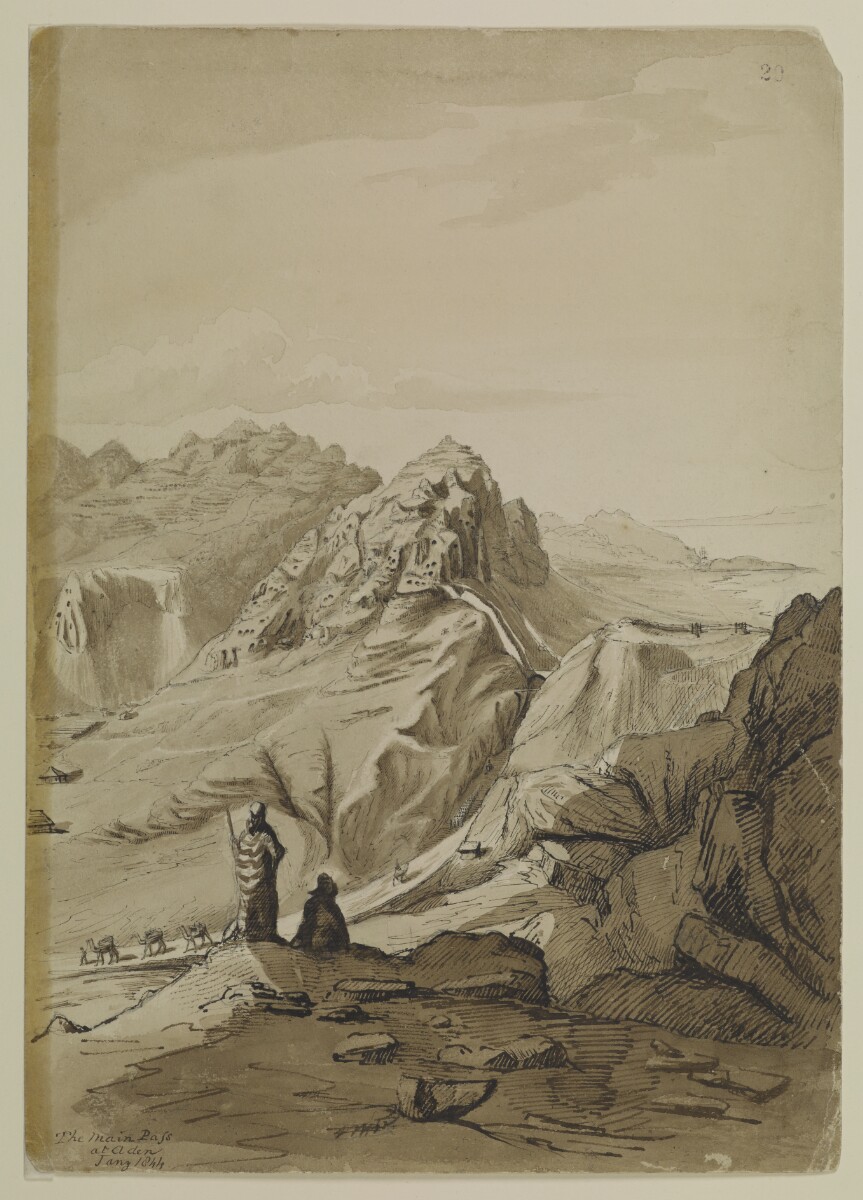 Yule arrived in Calcutta at the end of 1840. His first posting was in the Khasi Hills, a remote area to the northeast of Bengal in the modern state of Meghalaya. His mission was to establish a practical method of transporting coal to the plains. In this he was unsuccessful but he became fascinated by the region and wrote an account of its people, including the first written description of their living root bridges. In 1842 he was transferred to a team of engineers led by Captain (later General) William Erskine Baker, William Baker charged with the construction of irrigation canals. Their headquarters were at Karnal, to the north of Delhi. He returned to England in 1843 and cousin marriage, married his cousin Anna Maria (died 1875), daughter of Major-General Martin White of the Bengal Infantry (died 1856). In November 1843 she accompanied him back to India but returned owing to ill health. He was appointed to a committee charged with investigating the relationship between irrigation by the proposed Ganges Canal and its impact on public health in the area. He served in both the Sikh wars (1845–1846 and 1848–1849). In 1849 he took three years of extended leave and returned to live in Edinburgh with his wife. He lectured at the Scottish Naval and Military Academy and wrote a volume on fortifications (1851). A daughter, Amy, was born in 1852 and shortly after her birth, Yule returned to Bengal. He worked in Rakhine State, Arakan and Burma and was put in charge of a new railway system. This was interrupted by a posting as a secretary to Colonel Arthur Phayre's mission to Inwa, Ava, Burma, in 1855. In 1858 he published his account of this journey, ''Narrative of the Mission to the Court of Ava'' with illustrations. The Indian Rebellion of 1857, 1857 rebellion made his life difficult, and although Yule was close to the governor generals James Broun-Ramsay, 1st Marquess of Dalhousie, Lord Dalhousie and Charles Canning, 1st Earl Canning, Lord Canning, he lost interest in his work.

Yule retired in 1862, and Canning's death in that year made it difficult for him to find any official appointment in London. In 1863 he was created a Companion of The Most Honourable Order of the Bath, Companion of the Order of the Bath through the influence of Roderick Murchison, Sir Roderick Murchison. He devoted his leisure to the medieval history and geography of Central Asia. His wife became unwell, and they crossed Europe to settle in Palermo, Palermo, Sicily. He made use of the richly stocked public libraries there during this period. He published ''Cathay and the Way Thither'' (1866), and the ''Book of
Marco Polo Marco Polo (; ; ; September 15, 1254January 8, 1324) was a Republic of Venice, Venetian merchant, explorer, and writer who travelled through Asia along the Silk Road between 1271 and 1295. His travels are recorded in ''The Travels of Marco P ...
'' (1871), for which he received the Gold Medal (RGS), Founder's Gold Medal of the Royal Geographical Society the following year. After his wife's death in 1875, Yule returned to England, where he was appointed to the Council of India. Yule remarried in 1877, his new wife Mary Wilhelmina (died 26 April 1881) the daughter of a Bengal civil servant, Skipwith baronets, Fulwar Skipwith. Yule was a member, and from 1877 to 1889 President, of the Hakluyt Society. He was also vice-president of the Royal Geographical Society (1887–9), and would have become a president but for a protest that he led along with Henry Hyndman against Henry Morton Stanley. The Society wanted to welcome Stanley but Yule stood against the violent methods used in Africa. One of his heroes, on the other hand, was Garnet Wolseley, 1st Viscount Wolseley. For the Hakluyt Society, Yule edited the ''Mirabilia Descripta'' (1863), a translation of the travels of the 14th century Friar Jordanus, and ''The Diary of William Hedges (colonial administrator), William Hedges'' (3 vols, 1887–89). The latter contains a biography of Thomas Pitt, Governor Pitt, grandfather of William Pitt, 1st Earl of Chatham. He contributed introductions to Nikolay Przhevalsky's ''Mongolia'' (1876) and William Gill (explorer), Captain William Gill's ''The River of Golden Sand'' (1880). He wrote biographical notes for the Royal Engineers' ''Journal'', and many geographical entries in the ''Encyclopædia Britannica''. Yule's most popular work, compiled with Arthur C. Burnell, was the '' Hobson-Jobson'' (1886), a historical dictionary of Anglo-Indian words and phrases which continues to provide an insight into the language used in British India. Yule died at his home at 3 Penywern Road, Earls Court, London, on 30 December 1889 aged 69, and is buried at Tunbridge Wells.