The term Harbin Russians or Russian Harbinites refers to several generations of Russians who lived in the city of Harbin, China, from approximately 1898 to the mid-1960s. Harbin, a major junction city on the Chinese Eastern Railway (CER), came successively under the control of the Qing dynasty, the Republic of China, Manchukuo and the People's Republic of China in this period. The people in the Soviet Union used the terms "KVZhDist" (russian: КВЖДист, "person of the China Eastern Railway" russian: КВЖД) and "Harbinets" (Харбинец, "Harbinite/person from Harbin") to refer to a person with any type of ties to the China Eastern Railway.

200px|Russian advertisements in Harbin The first generation of Harbin Russians were mostly the builders and employees of the Chinese Eastern Railway. They moved to Harbin in order to work on the railroad. At the time Harbin was not an established city. The city was almost built from scratch by the builders and early settlers. Houses were constructed, furniture and personal items were brought in from Russia. After the Russo-Japanese War, while many Russians left Harbin, a lot of long-time residents decided to stay. By 1913, Harbin had become an established Russian colony for the construction and maintenance work on the China Eastern Railway. A record shows Harbin had a total of 68,549 people, most of which are of Russian and Chinese descent. There were a total of 53 different nationalities. Along with Russian and Chinese, there were 45 spoken languages used in Harbin at the time. Only 11.5% of all residents were born in Harbin. There were lively religious activities, too, by the Russians (Saint Sophia Cathedral in Harbin), Ukrainians (Church of the Intercession in Harbin), Poles (Sacred Heart Cathedral of Harbin), Germans (Harbin Nangang Christian Church), Danish (Danish Lutheran Church), and others. A few kilometers of Harbin there is a railway station of Asheng (Ashihé) which was a settlement of hundreds of white Russians till 1955. A large community, with orthodox church, independent college, library and a social club. The common language was Russian, with some Siberian variations. Many Czarist Imperial officers amongst "old believers" contributed to maintain strong links to Russian culture, literature and music. Almost the entire population of Asheng emigrated to Australia and Brazil.


World War I and the Russian Revolution

In the decade from 1913 to 1923, Russia went through World War I, the Russian Revolution, and the Russian Civil War. In the 1920s Harbin was flooded with 100,000 to 200,000 White émigrés fleeing from Russia. They were mostly officers and soldiers involved in the White movement, members of the White governments in Siberia and Russian Far East. There were both the ''intelligentsia'' and ordinary people. Harbin held the largest Russian population outside of the state of Russia. On September 8, 1920, the Republic of China announced that it would no longer recognize the Russian consulates in China. On September 23, China ceased relations with representatives of the Russian Empire and deprived Russians of extraterritorial rights. Overnight, Russians in China found themselves stateless. Shortly afterward, the Chinese government took over control of the institutions in Harbin such as courts, police, prison, post office, and some research and educational institutions. 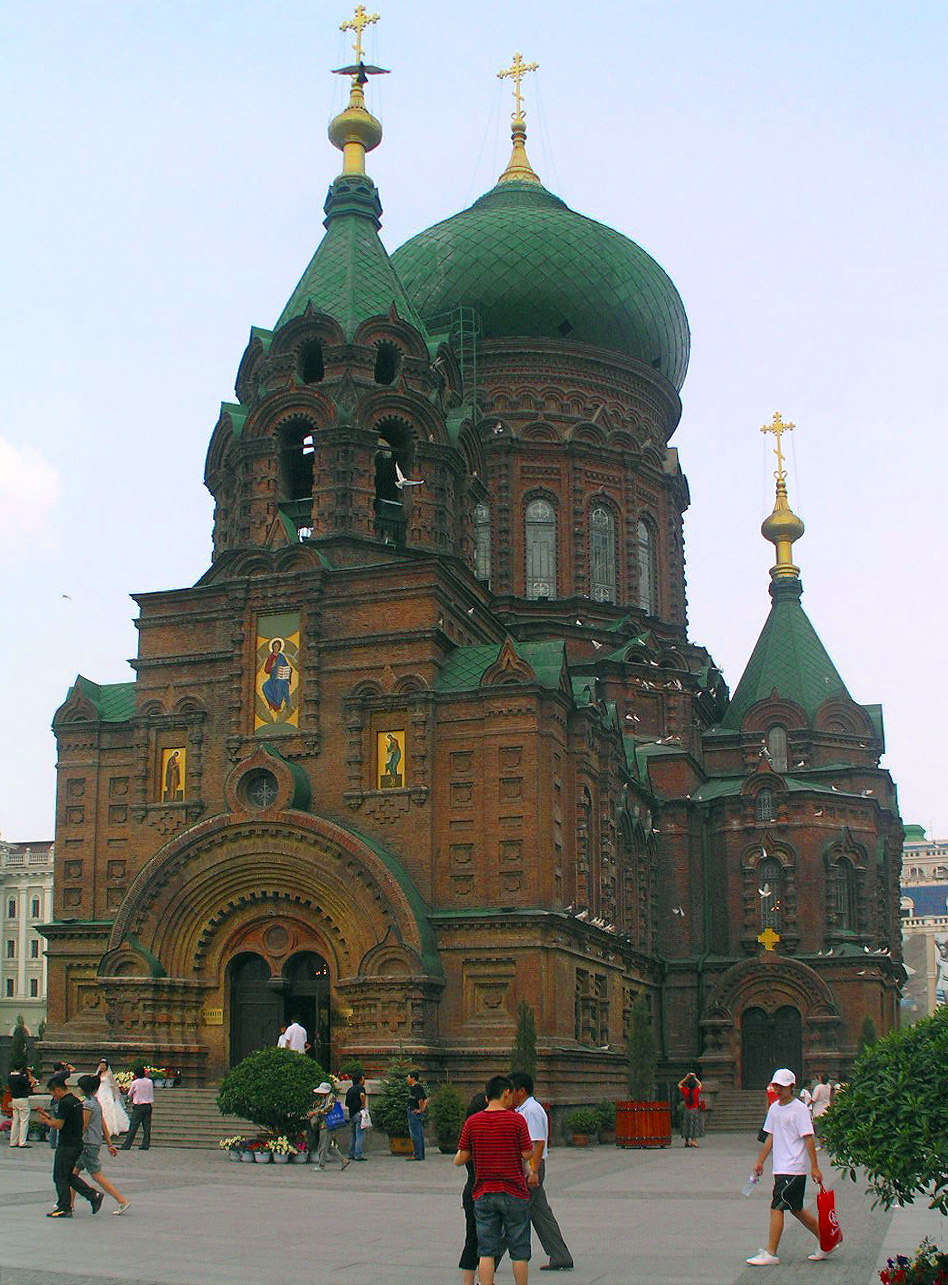 In 1924, an agreement was signed in Beijing regarding the control of the Chinese Eastern Railway. The agreement stated that only Soviet and Chinese citizens could be employed by the CER. This meant the Harbin Russians had to choose not only their nationality, but also their political identity. Many Harbin Russians took Soviet citizenship for patriotic reasons. However, there were also Harbin Russians who remained stateless who were eventually let go from CER. Gradually, the national and the political identity of the Harbin Russians split the group into opposing sides. This led to a strong Soviet presence in Harbin. In 1929, the Congregation of Marian Fathers of the Immaculate Conception opened the Lyceum St. Nicholas, which educated Christian male elite until 1949. 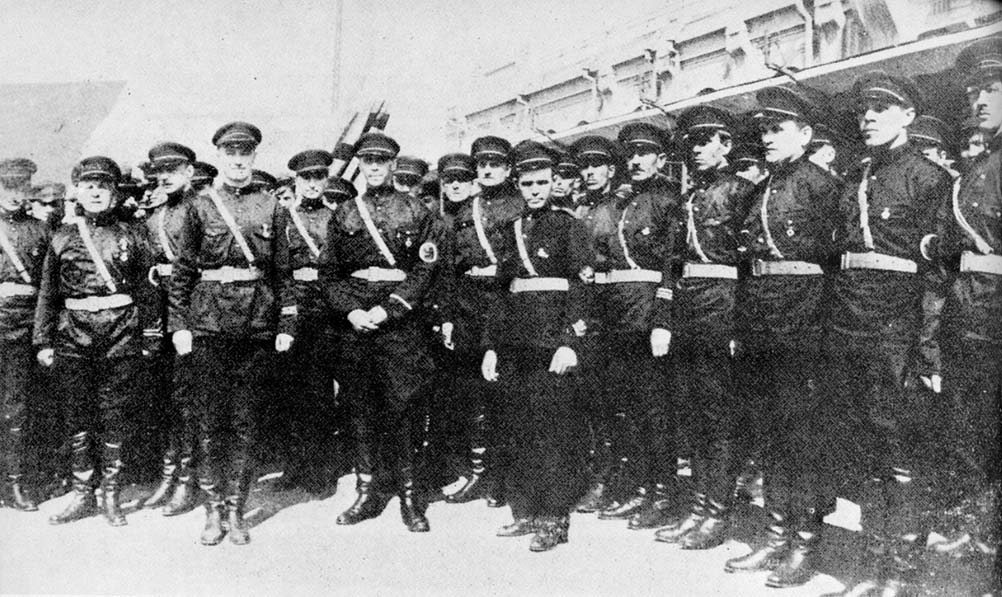 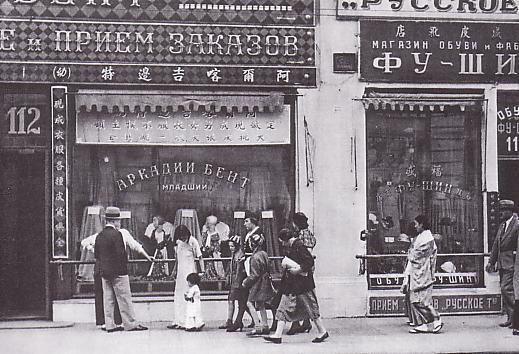 Some Harbin Russians moved to other cities, such as Shanghai, Beijing, Tianjin, and Qingdao, and eventually left China. By the 1930s, Shanghai's Russian community had grown to 25,000. The anti-Communist Harbin Russians formed the Russian Fascist Party (RFP). The RFP was anti-semitic and harassed the Jewish Harbin Russians with, among other things, kidnappings, and many Russian Jews therefore left Harbin. In 1934, the Japanese formed the Bureau for Russian Emigrants in Manchuria (BREM; Бюро по делам российских эмигрантов в Маньчжурской империи), which were nominally under the control of RFP; the BREM provided identification papers necessary to live, work and travel in Manchukuo. White General Vladimir Kislitsin acted as BREM's chairman between 1938 and 1942. Ataman Grigory Semyonov, himself much in favor with the Japanese, replaced him from 1943 to 1945.

In 1945, after the Soviet Army occupied Harbin, the Soviets sent all those Harbin Russians whom they identified as White Guardists and those who had collaborated with the Japanese authorities to labor camps. After 1952, the Soviet Union initiated a second wave of repatriation of Harbin Russians. By the mid-1960s virtually all Harbin Russians had left Harbin. There were several Russian connections in Australia resulting from refugees leaving Harbin. A good portion of the Russian Old Believers left to South America.