Guangzhou (; , or ; ), also known as Canton and alternately romanized as Kwangchow, is the capital and most populous city of the province of Guangdong in southern China. Located on the Pearl River about north-northwest of Hong Kong and north of Macau, Guangzhou has a history of over 2,200 years and was a major terminus of the maritime Silk Road, and continues to serve as a major port and transportation hub, as well as one of China's three largest cities. Long the only Chinese port accessible to most foreign traders, Guangzhou was captured by the British during the First Opium War. No longer enjoying a monopoly after the war, it lost trade to other ports such as Hong Kong and Shanghai, but continued to serve as a major transshipment port. Due to a high urban population and large volumes of port traffic, Guangzhou is classified as a Large-Port Megacity, the largest type of port-city in the world. Guangzhou is at the heart of the most-populous built-up metropolitan area in mainland China, which extends into the neighboring cities of Foshan, Dongguan, Zhongshan, Shenzhen and part of Jiangmen, Huizhou, Zhuhai and Macao, forming the largest urban agglomeration on Earth with more than 46.7 million inhabitants and part of the Pearl River Delta Economic Zone. Administratively, the city holds subprovincial status and is one of China's nine National Central Cities. In the late 1990s and early 2000s, nationals of sub-Saharan Africa who had initially settled in the Middle East and Southeast Asia moved in unprecedented numbers to Guangzhou in response to the 1997/98 Asian financial crisis. The domestic migrant population from other provinces of China in Guangzhou was 40% of the city's total population in 2008. Together with Shanghai, Beijing and Shenzhen, Guangzhou has one of the most expensive real estate markets in China. At the end of 2018, the population of the city's expansive administrative area was estimated at 14,904,400 by city authorities, up 3.8% from the previous year. There is a rapidly increasing number of foreign temporary residents and immigrants from Southeast Asia, the Middle East, Eastern Europe and Africa. This recent population influx has led to it being dubbed the "Capital of the Third World". Nowadays in modern commerce, Guangzhou is best known for its annual Canton Fair the oldest and largest trade fair in China. For three consecutive years (2013–2015), Forbes ranked Guangzhou as the best commercial city in mainland China. Guangzhou is highly ranked as an Alpha- (global first-tier) city together with San Francisco and Stockholm. Guangzhou also ranks 21st globally and 8th in the whole Asia and the Pacific (behind Shanghai, Tokyo, Hong Kong, Singapore, Beijing, Shenzhen and Dubai) in the 2020 Global Financial Centers Index (GFCI). Guangzhou ranks 10th in the world and 5th in China (after Beijing, Shanghai, Hong Kong and Shenzhen) in terms of the number of billionaires according to the Hurun Global Rich List 2020. The city is home to many of China's most prestigious universities, including Sun Yat-sen University, South China University of Technology, South China Normal University and Jinan University. Guangzhou is also one of the top cities in the world by scientific research outputs as tracked by the Nature Index and it ranks 15th globally and fifth in China (after Beijing, Shanghai, Nanjing and Wuhan). 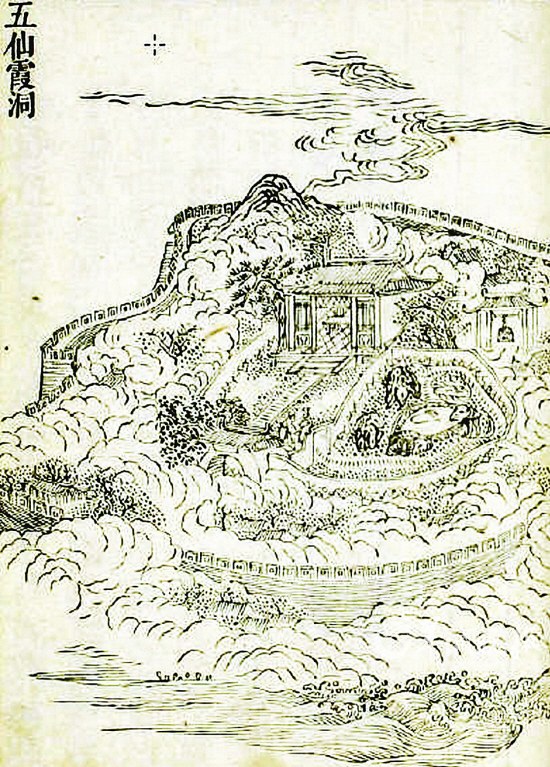 ''Guǎngzhōu'' is the official romanization of the Chinese name . The name of the city is taken from the ancient "Guang Province" after it had become the prefecture's seat of government, which is how some other Chinese cities, including Hangzhou, Suzhou, and Fuzhou got their names. The character or —which also appears in the names of the provinces Guangdong and Guangxi, together called the Liangguang—means "broad" or "expansive" and refers to the intention to dispense imperial grace broadly in the region with the founding of the county of Guangxin in the Han Dynasty. Before acquiring its current name, the town was known as Panyu (Punyü; ), a name still borne by one of Guangzhou's districts not far from the main city. The origin of the name is still uncertain, with 11 various explanations being offered, including that it may have referred to two local mountains. The city has also sometimes been known as Guangzhou Fu or Guangfu after its status as the capital of a prefecture. From this latter name, Guangzhou was known to medieval Persians such as Al-Masudi and Ibn Khordadbeh as Khanfu (). Under the Southern Han, the city was renamed Xingwang Fu (). The Chinese abbreviation for Guangzhou is "" (although the abbreviation on car license plates, as with the rest of the province, is ), after its nickname "City of Rice" (). The city has long borne the nickname () or () from the five stones at the old Temple of the Five Immortals said to have been the sheep or goats ridden by the Taoist culture heroes credited with introducing rice cultivation to the area around the time of the city's foundation. The former name "City of the Immortals" (/) came from the same story. The more recent () is usually taken as a simple reference to the area's fine greenery. The English name "Canton" derived from Portuguese '

Guangzhou Peninsula in Antarctica is named after the city, which was a major market and processing centre for the nineteenth-century Antarctic sealing industry.