Golda Meir, ; ar|جولدا مائير|Jūldā Māʾīr.|group=nb (born Golda Mabovitch; May 3, 1898 – December 8, 1978) was an Israeli stateswoman, politician, teacher, and ''kibbutznik'' who served as the fourth Prime Minister of Israel. Born in Kyiv, she emigrated to the United States as a child with her family in 1906, and was educated there, becoming a teacher. After getting married, she and her husband emigrated to then Palestine in 1921, settling on a ''kibbutz''. Meir was elected prime minister of Israel on March 17, 1969, after serving as Minister of Labour and Foreign Minister. The world's fourth and Israel's first and only woman to hold the office of Prime Minister, and the first in any country in the Middle East, she has been described as the "Iron Lady" of Israeli politics. Former Prime Minister David Ben-Gurion used to call Meir "the best man in the government"; she was often portrayed as the "strong-willed, straight-talking, grey-bunned grandmother of the Jewish people." Meir resigned as prime minister in 1974, the year following the Yom Kippur War. She died in 1978 of lymphoma. 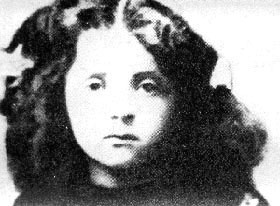 Golda Mabovitch was born in Kyiv, Russian Empire (present-day Ukraine) on May 3, 1898 to Blume Neiditch (died 1951) and Moshe Mabovitch (died 1944), a carpenter. Meir wrote in her autobiography that her earliest memories were of her father boarding up the front door in response to rumours of an imminent pogrom. She had two sisters, Sheyna (1889–1972) and Tzipke (1902–1981), as well as five other siblings who died in childhood. She was especially close to Sheyna. Moshe Mabovitch left to find work in New York City in 1903. In his absence, the rest of the family moved to Pinsk to join her mother's family. In 1905, Moshe moved to Milwaukee, Wisconsin, in search of higher-paying work, and found employment in the workshops of the local railroad yard. The following year, he had saved up enough money to bring his family to the United States. Golda's mother Blume Mabovitch ran a grocery store on Milwaukee's north side, where by the age of eight Golda had been put in charge of watching the store when her mother went to the market for supplies. Golda attended the Fourth Street Grade School (now Golda Meir School) from 1906 to 1912. A leader early on, she organized a fundraiser to pay for her classmates' textbooks. After forming the American Young Sisters Society, she rented a hall and scheduled a public meeting for the event. She graduated as valedictorian of her class. At 14, she studied at North Division High School and worked part-time. Her employers included Schuster's department store and the Milwaukee Public Library. Her mother wanted Golda to leave school and marry, but she declined. She bought a train ticket to Denver, Colorado, and went to live with her married sister, Sheyna Korngold. The Korngolds held intellectual evenings at their home, where Meir was exposed to debates on Zionism, literature, women's suffrage, trade unionism, and more. In her autobiography, she wrote: "To the extent that my own future convictions were shaped and given form  ... those talk-filled nights in Denver played a considerable role." In Denver, she also met Morris Meyerson (also "Myerson"; December 17, 1893, Chicago, Illinois, US – May 25, 1951, Israel), a sign painter, whom she later married on December 24, 1917. 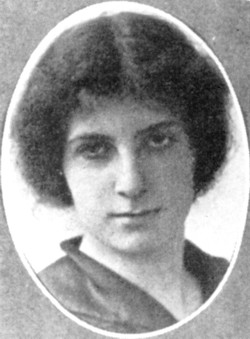 In 1913, Golda returned to North Division High, graduating in 1915. While there, she became an active member of Young Poale Zion, which later became Habonim, the Labor Zionist youth movement. She spoke at public meetings and embraced Socialist Zionism. She attended the teachers college Milwaukee State Normal School (now University of Wisconsin–Milwaukee) in 1916, and probably part of 1917. In 1917, she took a position at a Yiddish-speaking ''Folks Schule'' in Milwaukee. While at the ''Folks Schule'', she came more closely into contact with the ideals of Labor Zionism. In 1913, she had begun dating Morris Meyerson (Myerson). She was a committed Labor Zionist and he was a dedicated socialist. During this time, she also worked part-time at the Milwaukee Public Library. When Golda and Morris married in 1917, settling in Palestine was her precondition for the marriage.