Click Here for Items Related To - Get (divorce document) 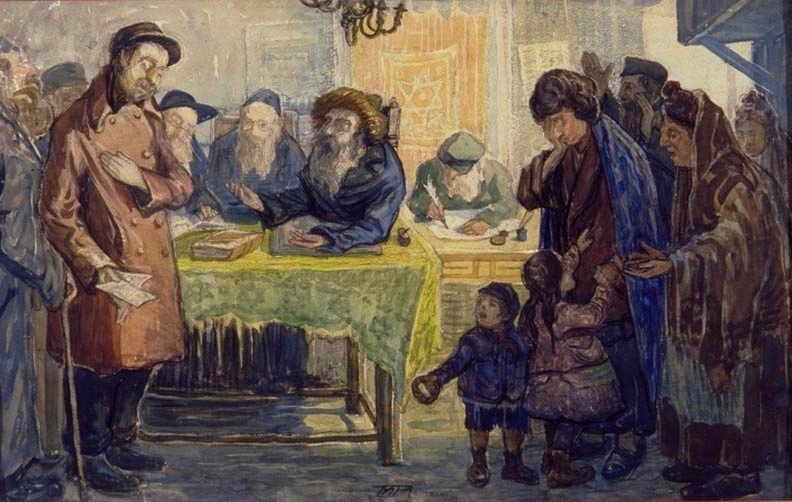 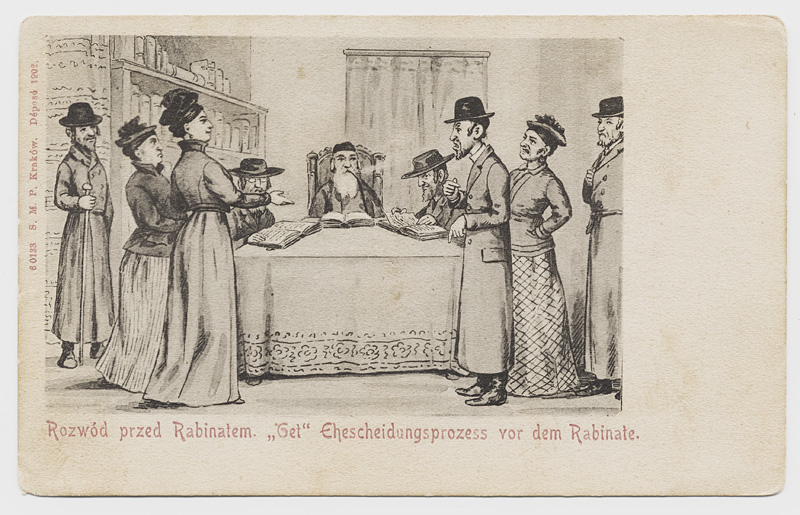 A or ''gett'' (; he|גט, plural ) is a document in Jewish religious law which effectuates a divorce between a Jewish couple. The requirements for a ''get'' include that the document be presented by a husband to his wife. The essential part of the ' is a very short declaration: "You are hereby permitted to all men". The effect of the ''get'' is to free the woman from the marriage, and consequently she is free to marry another and that the laws of adultery no longer apply. The ' also returns to the wife the legal rights that a husband held in regard to her.

The biblical term for the divorce document, described in , is "Sefer Keritut", ( he|ספר כריתת). The word may have its origins in the Sumerian word for document, . It appears to have passed from Sumerian into Akkadian as and from there into Mishnaic Hebrew. In fact in the Mishnah, can refer to any legal document although it refers primarily to a divorce document. (Tosefet Beracha to Ki Tisa) A number of popular etymological speculations were offered by early modern Rabbinic authorities. According to ''Shiltei Giborim'', it refers to the stone agate, which purportedly has some form of anti-magnetic property symbolizing the divorce. The Gaon of Vilna posits that the Hebrew letters of Gimel and Tet of the word are the only letters of the Hebrew alphabet that cannot make a word together, again symbolizing the divorce. Baruch Epstein states that it comes from the Latin word gestus "action, gesture", which refers to any legal document. Marcus Jastrow posits a Semitic root, arguing that it derives from the Hebrew word for engraving ( he|חטט). Yechiel Yaakov Weinberg posits that after the Bar Kokhba revolt the Romans decreed that all documents be processed in a Roman court (in order to weaken Jewish nationalism). The term ''get'' may have entered the vernacular language during this time.

''Halakha'' (Jewish law) requires the following specific formalities for a to be considered valid: * A divorce document must be written; this is usually done by a sofer (professional religious scribe). It must have been written on the explicit instruction and free-willed approval of the husband,