Frederik, Crown Prince of Denmark, Count of Monpezat, (Frederik André Henrik Christian; born 26 May 1968) is the heir apparent to the Danish throne. He is the elder son of Queen Margrethe II and the late Prince Henrik.

Frederik was born at Rigshospitalet the Copenhagen University Hospital in Copenhagen, on 26 May 1968, to the then Princess Margrethe, oldest daughter of Frederick IX and heir presumptive to the Danish throne, and Prince Henrik. At the time of his birth, his maternal grandfather was on the throne of Denmark and his matrilineal great-grandfather was on the throne of Sweden. He was baptized on 24 June 1968, at Holmen Church, in Copenhagen. He was christened Frederik after his maternal grandfather, King Frederick IX, continuing the Danish royal tradition of the heir apparent being named either Frederik or Christian. His middle names honour his paternal grandfather, André de Laborde de Monpezat; his father, Prince Henrik; and his maternal great-grandfather, Christian X. Frederik's godparents include Count Etienne de Laborde de Monpezat (paternal uncle); Queen Anne-Marie of Greece (maternal aunt); Prince Georg of Denmark; Grand Duchess Joséphine-Charlotte of Luxembourg (his maternal grandfather's first cousin's daughter); Baron Christian de Watteville-Berckheim; and Birgitta Juel Hillingsø. He became Crown Prince of Denmark when his mother ascended to the throne as Margrethe II on 14 January 1972.

Frederik attended primary school at ''Krebs' Skole'' during the years 1974–1981, from 1974 to 1976 as a private pupil at Amalienborg Palace, and from the third form at ''Krebs' Skole''. In the period 1982–1983, he was a boarder at ''École des Roches'' in Normandy, France. In 1986, Frederik graduated from the upper secondary school of ''Øregaard Gymnasium''. His mother tongue is Danish. In addition he is fluent in French (his father's language), English, and German. In 1986 he began a course in Political Science at Aarhus University. This included a year at Harvard University (1992–1993) under the name of Frederik Henriksen, studying political science. He then took up a position for three months with the Danish UN mission in New York in 1994. In 1995, he obtained his MSc degree in Political Science from Aarhus University. He completed the course in the prescribed number of years with an exam result above average, thus becoming the first royal to obtain a master's degree. His final paper was an analysis on the foreign policy of the Baltic States, which he had visited several times during his studies. The prince was posted as First Secretary to the Danish Embassy in Paris from October 1998 to October 1999.

In the Council of State on 8 October 2003, Queen Margrethe gave her consent to the marriage of Crown Prince Frederik to Mary Elizabeth Donaldson, an Australian marketing consultant whom the prince had met while attending the Sydney Olympics in 2000. Their wedding took place on 14 May 2004 at Copenhagen Cathedral, Copenhagen. The couple have four children: Christian (born 15 October 2005); Isabella (born 21 April 2007), Vincent (born 8 January 2011), and Josephine (born 8 January 2011).

Frederik has a special interest in scientific research, climate change and sustainability. He was interviewed by ''Financial Times'' and CNN International, in the Future Cities program, for their commitment to sustainability. He participated in expeditions, forums and events on climate. The prince has represented Denmark as a promoter of sustainable Danish energy. The prince was one of the authors of the ''Polartokt Kongelig'' (Polar Cruise Royal), about the challenges of climate, published in 2009 with a preface written by Kofi Annan. In 2010, wrote the book's foreword ''Naturen og klimaændringerne i Nordøstgrønland'' (The nature and climate change in Greenland). Supports scientific research projects, as a patron, as expeditionary, with regular attendance at events and through his foundation, ''Kronprins Frederiks Fond''. 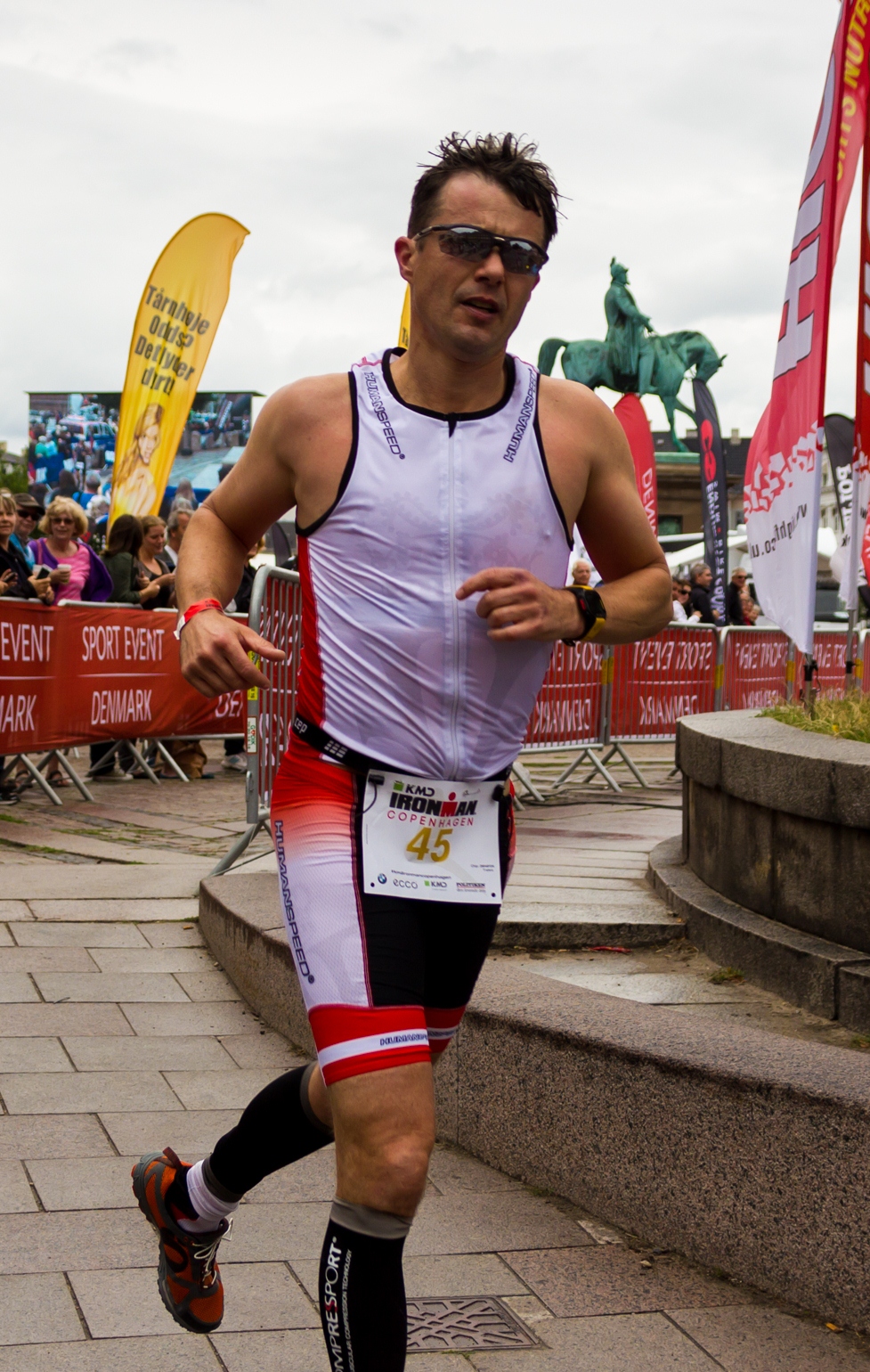 The prince encourages Danish participation in sports. He is a patron and honorary member of various sports organizations, and a member of the International Olympic Committee. He also promotes an active lifestyle in society. Frederik is an avid sportsman, running marathons in Copenhagen, New York and Paris, and completing the 42 kilometers with a respectable time of 3 hours, 22 minutes and 50 seconds in the Copenhagen Marathon. In 2013 he completed the KMD Ironman Copenhagen in the time of 10:45:32 and is the first royal person to complete an Ironman. Frederik is a keen sailor, being a competitive Farr 40 skipper as well as an accomplished Dragon boater. He won victories and was a leader in the steps championships. He finished in fourth place in the ''European Championship Dragon Class'' 2003 (with 51 boats participating), and at number 4 in the ''Farr 40 Worlds'' 2008 (with 33 boats participating). He was the first in his class boat in ''Fyn Cup'' 2010 in Denmark, and at number 4 in the ''Dragon DM'' 2011 (with 25 boats participating). In celebration of his 50th birthday, on 21 May 2018, a public running event across the five biggest cities in Denmark called "Royal Run" was held, with more than 70,000 people including Frederik and his family participating. The event was generally deemed as "exceeding expectations" by the public. Fredrik also competes in cross-country skiing, and has skied the Vasaloppet with Norway's Prince Haakon. 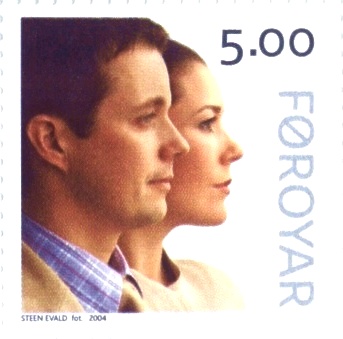 On 9 October 2009, Crown Prince Frederik was elected a member of the International Olympic Committee, replacing former Danish member Kaj Holm, who had reached the age of retirement. The Crown Prince's candidature was met with some skepticism in Denmark, as it would mean that the Crown Prince would be on a semi-political committee along with several people who are suspected or even convicted of criminal acts. Another concern was whether or not the Crown Prince's loyalty would be towards his country and government, as the Danish constitution prescribes, or with the International Olympic Committee, as is sworn upon election to the committee. The Crown Prince was given special observer status in National Olympic Committee and Sports Confederation of Denmark, as a way to allow him to work, without having political power. Frederik announced that his point of focus and reason for joining the International Olympic Committee is to promote an active lifestyle among youth. He was elected for an eight-year term, and made it clear that he would terminate his membership upon ascending the Danish throne. In 2016, Frederik faced criticism for voting against Danish Minister for Culture Bertel Haarder and a majority in the Danish Parliament's wishes on the subject of whether or not Russia should be allowed to compete at the 2016 Summer Olympics following allegations of state-sponsored doping. On 19 June 2017, the Crown Prince announced that he would continue another term of 8 years.