The Fourth Amendment (Amendment IV) to the United States Constitution is part of the Bill of Rights. It prohibits unreasonable searches and seizures. In addition, it sets requirements for issuing warrants: warrants must be issued by a judge or magistrate, justified by probable cause, supported by oath or affirmation, and must particularly describe the place to be searched and the persons or things to be seized. Fourth Amendment case law deals with three main issues: what government activities are "searches" and "seizures", what constitutes probable cause to conduct searches and seizures, and how to address violations of Fourth Amendment rights. Early court decisions limited the amendment's scope to physical intrusion of property or persons, but with ''Katz v. United States'' (1967), the Supreme Court held that its protections extend to intrusions on the privacy of individuals as well as to physical locations. A warrant is needed for most search and seizure activities, but the Court has carved out a series of exceptions for consent searches, motor vehicle searches, evidence in plain view, exigent circumstances, border searches, and other situations. The exclusionary rule is one way the amendment is enforced. Established in ''Weeks v. United States'' (1914), this rule holds that evidence obtained as a result of a Fourth Amendment violation is generally inadmissible at criminal trials. Evidence discovered as a later result of an illegal search may also be inadmissible as "fruit of the poisonous tree". The exception is if it inevitably would have been discovered by legal means. The Fourth Amendment was adopted in response to the abuse of the writ of assistance, a type of general search warrant issued by the British government and a major source of tension in pre-Revolutionary America. The Fourth Amendment was introduced in Congress in 1789 by James Madison, along with the other amendments in the Bill of Rights, in response to Anti-Federalist objections to the new Constitution. Congress submitted the amendment to the states on September 28, 1789. By December 15, 1791, the necessary three-fourths of the states had ratified it. On March 1, 1792, Secretary of State Thomas Jefferson announced that it was officially part of the Constitution. Because the Bill of Rights did not initially apply to state or local governments, and federal criminal investigations were less common in the first century of the nation's history, there is little significant case law for the Fourth Amendment before the 20th century. The amendment was held to apply to state and local governments in ''Mapp v. Ohio'' (1961) via the Due Process Clause of the Fourteenth Amendment.

Like many other areas of American law, the Fourth Amendment finds its roots in English legal doctrine. In ''Semayne's case'' (1604), Sir Edward Coke famously stated: "The house of every one is to him as his castle and fortress, as well for his defence against injury and violence as for his repose." ''Semayne's Case'' acknowledged that the King did not have unbridled authority to intrude on his subjects' dwellings, but recognized that government agents were permitted to conduct searches and seizures under certain conditions when their purpose was lawful and a warrant had been obtained. The 1760s saw a growth in the intensity of litigation against state officers, who using general warrants, conducted raids in search of materials relating to John Wilkes's publications. The most famous of these cases involved John Entick whose home was forcibly entered by the King's Messenger Nathan Carrington, along with others, pursuant to a warrant issued by George Montagu-Dunk, 2nd Earl of Halifax authorizing them "to make strict and diligent search for ... the author, or one concerned in the writing of several weekly very seditious papers entitled, 'The Monitor or British Freeholder, No 257, 357, 358, 360, 373, 376, 378, and 380,'" and seized printed charts, pamphlets and other materials. Entick filed suit in ''Entick v Carrington'', argued before the Court of King's Bench in 1765. Charles Pratt, 1st Earl Camden ruled that both the search and the seizure were unlawful, as the warrant authorized the seizure of ''all'' of Entick's papers—not just the criminal ones—and as the warrant lacked probable cause to even justify the search. By holding that "r law holds the property of every man so sacred, that no man can set his foot upon his neighbour's close without his leave", ''Entick'' established the English precedent that the executive is limited in intruding on private property by common law.

Homes in Colonial America, on the other hand, did not enjoy the same sanctity as their British counterparts, because legislation had been explicitly written so as to enable enforcement of British revenue-gathering policies on customs; until 1750, in fact, the only type of warrant defined in the handbooks for justices of the peace was the general warrant. During what scholar William Cuddihy called the "colonial epidemic of general searches", the authorities possessed almost unlimited power to search for anything at any time, with very little oversight. 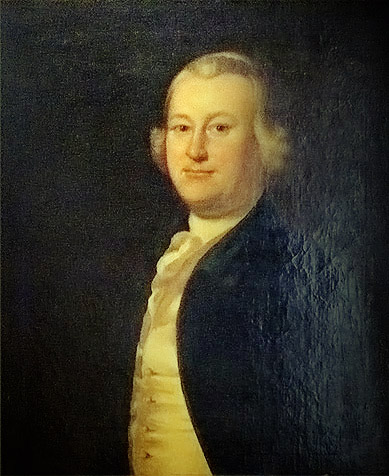 In 1756, the colony of Massachusetts barred the use of general warrants. This represented the first law in American history curtailing the use of seizure power. Its creation largely stemmed from the great public outcry over the Excise Act of 1754, which gave tax collectors unlimited powers to interrogate colonists concerning their use of goods subject to customs. The act also permitted the use of a general warrant known as a writ of assistance, allowing tax collectors to search the homes of colonists and seize "prohibited and uncustomed" goods. A crisis erupted over the writs of assistance on December 27, 1760, when the news of King George II's death on October 23 arrived in Boston. All writs automatically expired six months after the death of the King, and would have had to be re-issued by George III, the new king, to remain valid. In mid-January 1761, a group of more than fifty merchants represented by James Otis petitioned the court to have hearings on the issue. During the five-hour hearing on February 23, 1761, Otis vehemently denounced British colonial policies, including their sanction of general warrants and writs of assistance. However, the court ruled against Otis. Future President John Adams, who was present in the courtroom when Otis spoke, viewed these events as "the spark in which originated the American Revolution". Because of the name he had made for himself in attacking the writs, Otis was elected to the Massachusetts colonial legislature and helped pass legislation requiring that special writs of assistance be "granted by any judge or justice of the peace upon information under oath by any officer of the customs" and barring all other writs. The governor overturned the legislation, finding it contrary to English law and parliamentary sovereignty. Seeing the danger general warrants presented, the Virginia Declaration of Rights (1776) explicitly forbade the use of general warrants. This prohibition became a precedent for the Fourth Amendment: Article XIV of the Massachusetts Declaration of Rights, written by John Adams and enacted in 1780 as part of the Massachusetts Constitution, added the requirement that all searches must be "reasonable", and served as another basis for the language of the Fourth Amendment: By 1784, eight state constitutions contained a provision against general warrants.