The Federal Police ( es|Policía Federal, PF), formerly known as the ''Policía Federal Preventiva'' (Federal Preventive Police), was a Mexican national police force. It was under the authority of the Department of Security and Civil Protection. They were sometimes referred to by the slang term "Federales" or "Mexican feds" by some U.S. agents and media. Typically, agents of the Federal Police are heavily armed and wear dark blue, black, or gray combat fatigues. The Federal Police was officially dissolved and absorbed to the National Guard, a new national police institution created by president Andres Manuel Lopez Obrador, on 1 October 2019. The Federal Preventive Police was created by the merger of four other federal organizations in 1998 and 1999 in order to better co-ordinate the fight against the growing threat of drug cartels. The agency merged the Federal Highway Police, the Fiscal Police, an Interior Ministry intelligence unit called the Investigation and National Security Center, and military personnel transferred ''en masse'' from the Mexican Army's 3rd Military Police Brigade. On account of its heavily armed agents, its culture, and its origins, the Federal Police as a whole may be considered a gendarmerie. However, two of the seven "divisions" (i.e. branches of service) of the Federal Police have particularly military characteristics: The Federal Forces Division and the Gendarmerie Division. The Gendarmerie Division was created in 2014, and is legally defined as a military/police force within the Federal Police. There is an investigation division within the Federal Police. Investigation of federal crimes can also be handled by the Federal Ministerial Police directed by the Attorney General of Mexico. 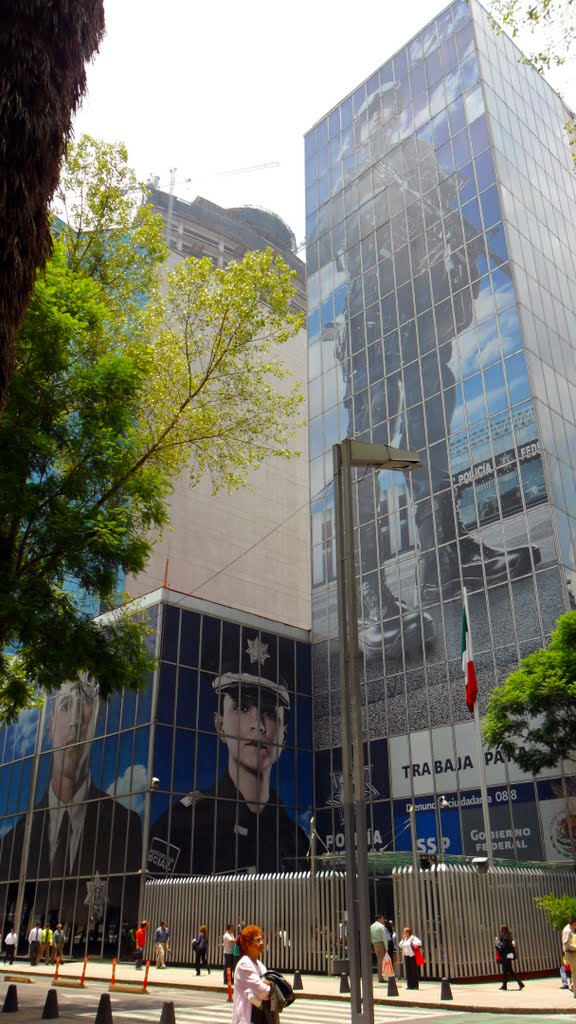 On May 29, 2009, the Federal Preventive Police name was changed to Federal Police, and some duties were added to it. The Federal Police was created as the main Federal Preventive Police in 1999 by the initiative of President Ernesto Zedillo (1994–2000) to prevent and combat and to enforce the law that drugs will not run around on Mexico's streets. The PF has been assuming its authority in stages over time, as its budget has grown and it has combined and reorganized police departments from major agencies such as those for migration, treasury, and highways. Many large bus stations and airports in Mexico are assigned a PF detachment. Public Safety Secretary Genaro García Luna hoped to reform the nation's long-troubled police. Among other steps, he consolidated several agencies into a Federal Police force of nearly 25,000. The Federal Police celebrates its anniversary on July 13 every year (Federal Police Day), with its history dating to 1928 as the successor of the agencies mentioned above.

When Felipe Calderón took office as President in 2006, there were roughly half a dozen drug cartels in Mexico. Each of the organizations were large and dominated huge parts of Mexico's territorial landscape, and operated internationally and overseas as well. When Calderón assumed the presidency, he realized that he could not rely on the federal police nor the intelligence agencies to restore order and crack down the logistics of the mafias. Over several decades, the cartels had bribed police commanders and top politicians; and often riddled with corruption, state authorities would not only fail to cooperate with other authorities in distinct federal levels, but would actively protect the cartels and their leaders. With limited options available, Calderón turned to the Mexican Armed Forces, which, because of its limited involvement in acting against the cartels, remained relatively immune to corruption and organized crime infiltration. He then moved the military to parts of Mexico most plagued by drug-violence to target, capture, and – if necessary – kill the leaders of the drug trafficking organizations. Yet, the president understood that the military could not fight the cartels alone and needed cops to rely on for patrolling, collecting intelligence information, and gathering evidences necessary to prosecute drug traffickers. With the argument that he was tired of the corruption, Calderón abolished the AFI agency created in May 2009 and created an entirely new police force. The new force has formed part of Mexico's first national crime information system, which stores the fingerprints of everyone arrested in the country. They also have assumed the role of the Army in several parts of the country. According to ''The New York Times'', the federal police has avoided "any serious incidents of corruption." On October 21, 2008, President Felipe Calderón proposed to break the former Federal Preventive Police to replace it with a different organization, because "the PFP has not yielded the expected results and has not been a strong institution capable of serving as a model for all police services in the country." The new corporation became the Federal Police, and it provides support to the police as to the Federal District, states and municipalities. This decision was said to be not entirely unexpected, given the insufficient number of convictions, the alarming increase of violence, abductions and cases of corruption and complicity with organized crime elements.

In 2012, it was reported that President Enrique Peña Nieto's government had proposed the creation of a new unit to replace all Federal Police duties. Federal Police would not be disbanded but would be assigned to special tasks & missions. Additional information on Mexico's planned Gendarmerie ("The 'National Gendarmerie' and Mexico's Crime Fighting Plans," MexiData.info, Dec. 24, 2012). The final product is the 2014 creation of the Federal Police's Gendarmerie Division, with 5,000 police agents. Its focus is on providing ongoing public security in areas with heavy criminal activities and providing border security. It is also expected to reinforce state, city and municipal police forces when the need arises. It is one of the seven constituent divisions of the Federal Police reporting directly to the Commissioner, and the newest to be raised. The National Gendarmerie is defined as a military grade force within the Federal Police.

Before becoming President of Mexico, Andrés Manuel López Obrador campaigned on a promise to take the military off the streets of Mexico. Shortly after getting into office, Obrador released a plan to create the National Guard under control of the Mexican Armed Forces which would be in charge of "preventing and combating crime". Obrador stated that the new National Guard would be critical to solving Mexico's ongoing security crisis. On 28 February, the Mexico's General Congress voted to approve a 60,000-member national guard. On 30 June 2019, the National Guard was officially established in the Constitution of Mexico. The new National Guard, de facto successor to a similar formation raised in 1821 and abolished in 1935, is composed today of personnel from parts of both the National Gendarmerie and Federal Forces Divisions of the Federal Police.

Being an institution to be committed to the society in preventing crime and fighting crime, preserving the integrity and heritage of the people, peace and order and the rule of law, whose principles would be efficiency, professionalism and honesty, with full respect for human rights. Maintain and strengthen the social communications strategy and media relations that allows the dissemination of timely and accurate actions and work of the Federal Police.

The PF was established as a central element of the strategy against organized crime and criminality in Mexico, not only to prevent crimes and federal jurisdiction at the federal level, but to become an institution of excellence, capable of cooperating with local police and prosecutors in investigating the crimes of high social impact. The strategic objectives are: * Compliance with legal framework to combat organized crime and drugs. * The establishment of the National System of Public Security. * The evaluation and adjustment of the strategy for drug control in Mexico. On July 10, 2008, the Mexican government announced the intention of doubling the number of policemen in the PF to escalate the war against drug trafficking. The recruitment campaign has already begun and includes the university community.

* Preventing and combating crime commission to ensure peace and public order. * Fight corruption, to purify and dignify the police. * Strengthen the professionalism of the members of the Institution. * Improve public perception of the institutional activities. * Promote citizen participation in crime prevention. * Consolidated as the country's largest institution in the field. * Strengthen its organizational structure and functional. * Manage resources efficiently. * Increase and strengthen the operational deployment at the national level. * Strengthening intelligence activities. * Strengthen inter-agency coordination mechanisms with the three levels of government. * Promote the updating of the legal framework. * Strengthen and upgrade the technological infrastructure.

The 'Integral Strategy for Crime Prevention and Fight against Crime "is based on a process of reengineering to organizational development, as well as systems and processes in organizational performance, with a cross through the professionalization the creation of three academies in the Ministry of Public Security for the purpose of having Mexican committed to legality, efficiency, professionalism and honesty in this current stage of drug influence to the United States. ;Basic Police School To generate the training and training students with high school level. ;College research It is aimed at all those aspiring and active police agents who choose to make them more professional, from academic performance and service in the police pro 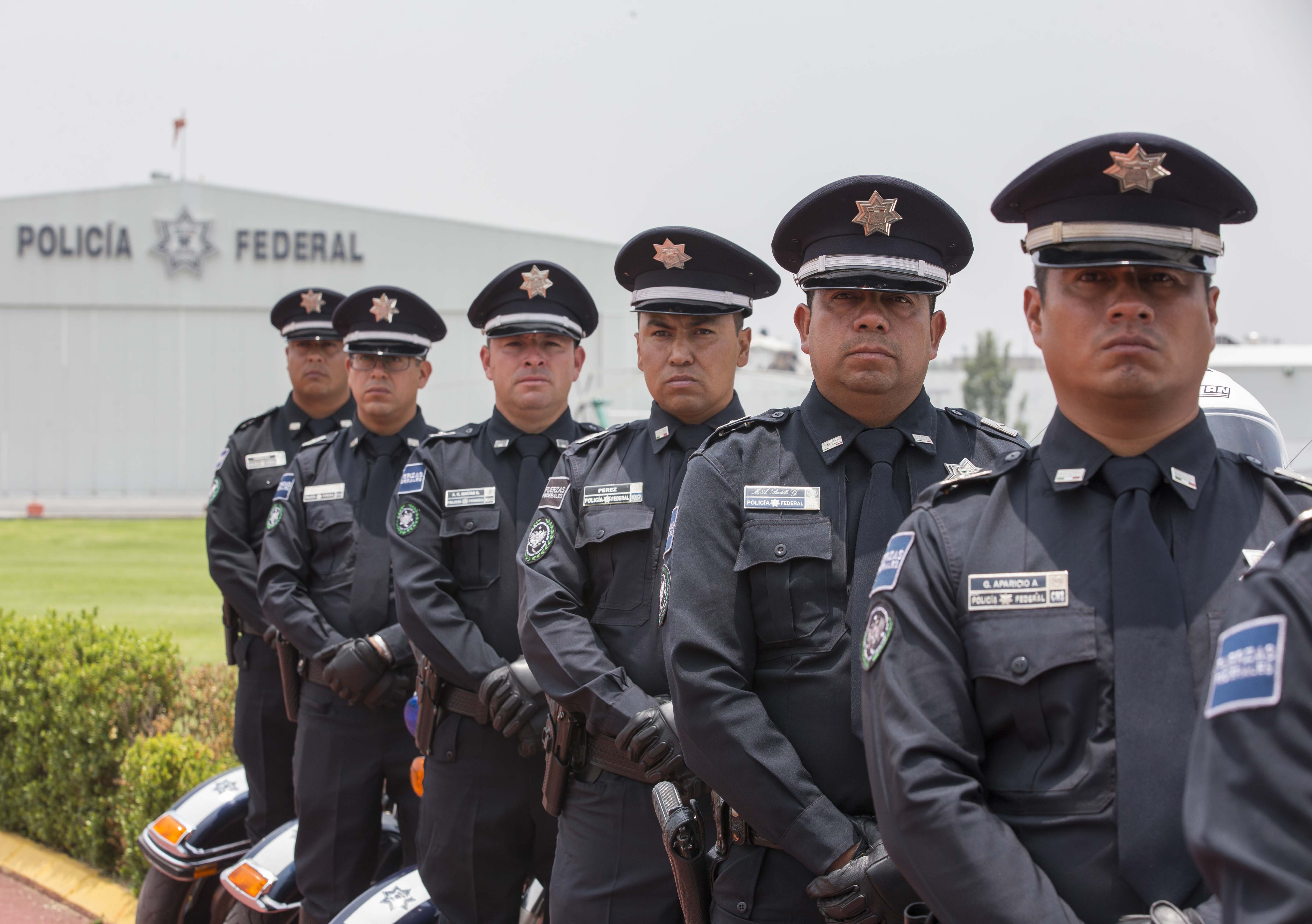 Regulation of the Law of the Federal Police in the Official Gazette of May 17, 2010, to establish the basic organizational structure of this Decentralized Administrative Body, Article 5 of that system, comprising a total of 136 seats of middle and senior management, broken 130 seats structure, as shown below: *1 General Commissioner; *7 Divisions: Intelligence Research, Regional Security; Scientific, Drug, Federal and Gendarmerie Forces; *1 General Secretariat; *1 Internal Affairs; *20 Coordination; *66 DGs; *6 DGs in aid to the Chief of the Division of Regional Security; *32 State Coordination at the regional level; and *1 Head of Internal Affairs.

Superior Academy of Public Security of the Federal Police 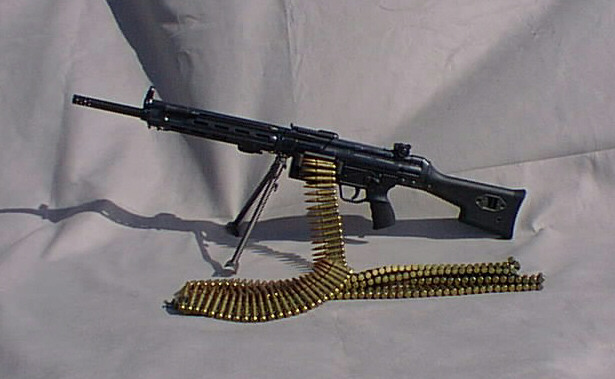 The PF has many vehicles; land, sea and air, it is estimated to own more than 17,000 patrol cars. The exact information regarding transport vehicles and aircraft that comprise the fleet of the Federal Police is classified, to protect the life and efficiency of agents. Rotary wing and fixed wing pilot training takes place in the school of Naval Aviation located on Las Bajadas, Veracruz.

Statistics of Crime in Mexico