Fajardo () is a town and municipality in Puerto Rico located in the east region of the island, facing the Atlantic Ocean, north of Ceiba and east of Luquillo. Fajardo is spread over 7 barrios and Downtown Fajardo (commonly called by the locals "Fajardo Pueblo"), which serves as the administrative center. It is both a principal part of the Fajardo Metropolitan Statistical Area and the San Juan-Caguas-Fajardo Combined Statistical Area. Fajardo is the hub of much of the recreational boating in Puerto Rico and a popular launching port to Culebra, Vieques, and the U.S. and British Virgin Islands. It is also home to the largest Marina in the Caribbean, called Puerto del Rey. The town contains various hotels and inns. Off shore, near Fajardo, a few islets can be found. These are Icacos, Palominos, Palominito, and Diablo, among other uninhabited coral islands.

Fajardo was founded in 1760, 1773 or 1774 (depending on the authority) as Santiago de Fajardo. It was one of the locations used by the Americans to invade Puerto Rico. On August 1, 1898 the USS Puritan under the command of Captain Frederic W. Rodgers, was sailing by the coastline of the city of Fajardo, when Rogers noticed the "Faro de Las Cabezas de San Juan" (Cape San Juan lighthouse) which was supposed to be the landing site for the US Army in Puerto Rico. Rodgers ordered some of his men ashore, which included Puerto Rican volunteers, with the mission of posting the American Flag atop the lighthouse. Puerto Rico was ceded by Spain in the aftermath of the Spanish–American War under the terms of the Treaty of Paris of 1898 and became a territory of the United States. In 1899, the United States conducted its first census of Puerto Rico finding that the population of Fajardo was 16,782.

Hurricane Maria on September 20, 2017 triggered numerous landslides in Fajardo with the significant amount of rainfall.

(Special Communities of Puerto Rico) are marginalized communities whose citizens are experiencing a certain amount of social exclusion. A map shows these communities occur in nearly every municipality of the commonwealth. Of the 742 places that were on the list in 2014, the following barrios, communities, sectors, or neighborhoods were in Fajardo: Obrera neighborhood, Roosevelt neighborhood, Mansión del Sapo, Maternillo, Media Luna, Sector Camacho, Vevé Calzada, and Vieques en el Aire.

Fajardo is a tourist destination, especially among local tourists, because of its seafood, hotels, closeness to the small islands of Palomino, Icacos and Palominito, and the many daily trips that are (or were) available to Vieques and Culebra, both by boat and by the four airlines that served Fajardo Airport (now closed): Air Culebra, Air St. Thomas, Isla Nena Air and Vieques Air Link. Fajardo has 46 beaches. Fajardo's beaches are bounded by calm, clear water ideal for snorkeling
Seven Seas Beach
offers plentiful water sports facilities, offshore points for sailing, snorkeling and plenty of scuba diving. Fajardo is also home to one of the fe
Bioluminescent Lagoons
in the world. Nightly trips are offered by kayak by local companies who give educational tours. 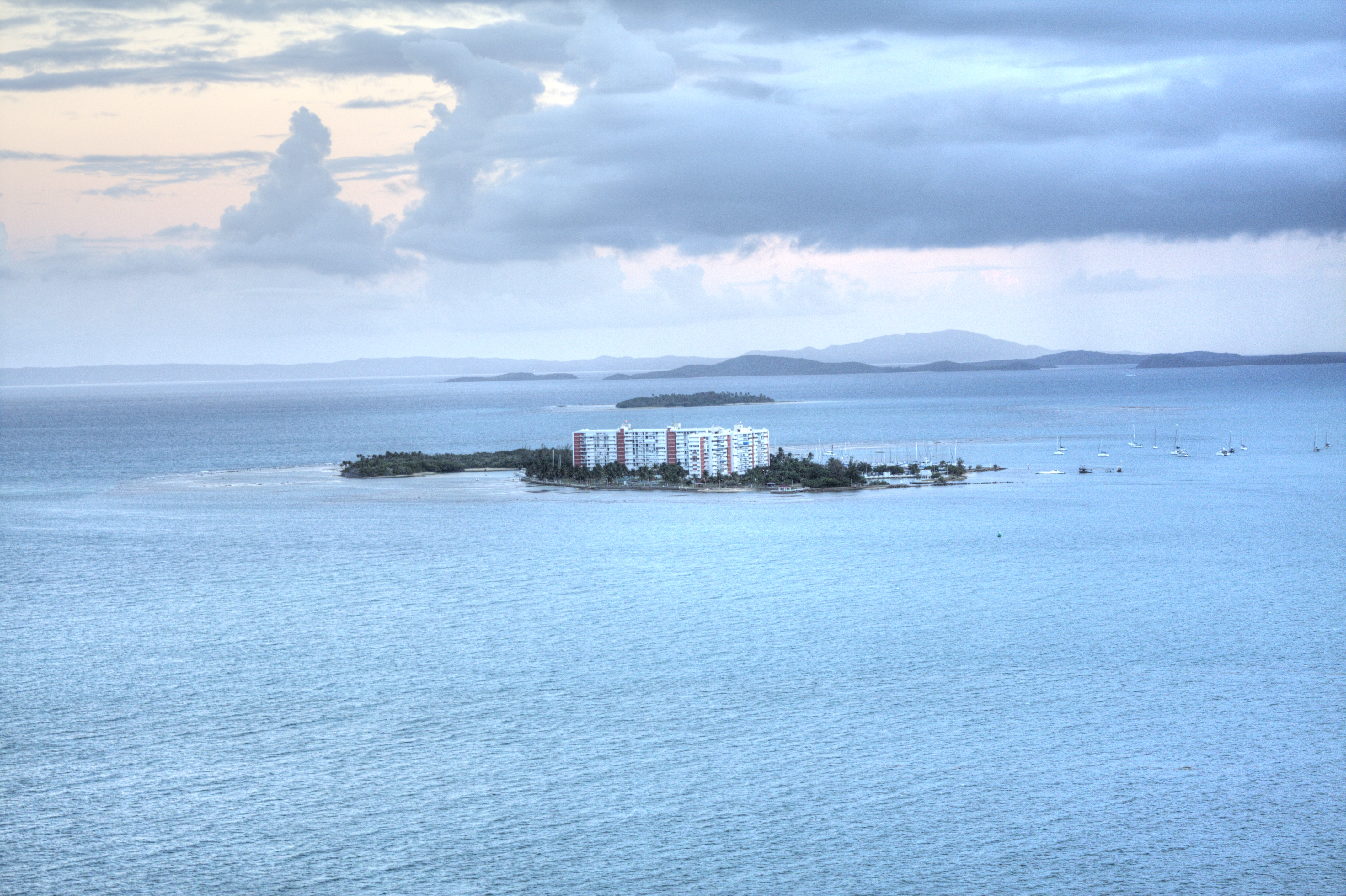 Electrical components, metal work, furniture manufacturing. Fajardo is also home to pharmaceutical and bio-sciences companies. Due to its rich ports and closeness to smaller islands, Fajardo is also known for its fishing industries.

Fajardo Soccer Stadium is a soccer-specific stadium in Fajardo, Puerto Rico, 35 miles east of Luis Muñoz Marín International Airport (SJU).
The 3,800 capacity stadium was developed at a cost of $3.9M, and opened December 12, 2015 and is home venue of Puerto Rico Sol. Fajardo in the past was home to a National Superior Basketball; Baloncesto Superior Nacional BSN basketball team, the Fajardo Cariduros or as they are known in the Island Cariduros de Fajardo. George Torres, Mario Morales and Mario Butler were three of the most famous players to play for that franchise. In 2007, the team returned once again to the BSN. The team known as the "Titanes de Morovis" was moved to Fajardo, and was renamed "Cariduros de Fajardo". Unlike the NBA and other sports leagues in the United States, Puerto Rican franchises rarely leave the original name of the franchise when they move to a different city. Once, there was a basketball team for the Puerto Rican Basketball League known as the "Conquistadores de Fajardo". Fajardo also has a AA Amateur Baseball Team Los Cariduros de Fajardo and have won over 10 sectional championships, 3 time national runners-up in 1974, 2003 and 2005, and 3 times national champions in 1954, 2004 and 2010.

All municipalities in Puerto Rico are administered by a mayor, elected every four years. The current mayor of Fajardo is Aníbal Meléndez Rivera, of the New Progressive Party (PNP). He was elected at the 1988 general elections. The city belongs to the Puerto Rico Senatorial district VIII, which is represented by two Senators. In 2012, Pedro A. Rodríguez and Luis Daniel Rivera were elected as District Senators.