Extremadura ( , ; ext|Estremaúra; pt|Estremadura; Fala: ''Extremaúra'') is an autonomous community of Spain. Its capital city is Mérida. Located in the central-western part of the Iberian Peninsula, it is made up of the two largest provinces of Spain: Cáceres and Badajoz. Extremadura is bordered by Portugal to the west and by the autonomous communities of Castile and León (north), Castilla–La Mancha (east) and Andalusia (south). Its official language is Spanish. It is an important area for wildlife, particularly with the major reserve at Monfragüe, which was designated a National Park in 2007, and the International Tagus River Natural Park (''Parque Natural Tajo Internacional''). The regional executive body, led by the President of Extremadura, is called Junta de Extremadura. The Day of Extremadura is celebrated on 8 September. It coincides with the Catholic festivity of Our Lady of Guadalupe.

Extremadura is contained between and latitude, and and longitude. The area of Extremadura is , making it the fifth largest of the Spanish autonomous communities. It is located in the Southern Plateau (a subdivision of the Central Plateau).

The climate of Extremadura is hot-summer Mediterranean (''Csa'' in the Köppen climate classification). It is characterized by its very hot and dry summers, with great droughts, and its mild winters due to the oceanic influence from its proximity to the Atlantic coast of Portugal.

Lusitania, an ancient Roman province approximately including current day Portugal (except for the northern area today known as Norte Region) and a central western portion of the current day Spain, covered in those times today's Autonomous Community of Extremadura. Mérida (now capital of Extremadura) became the capital of the Roman province of Lusitania, and one of the most important cities in the Roman Empire. Just like the bulk of the Iberian Peninsula, the territory was conquered by the Umayyads in the early 8th century. As part of the Emirate and later Caliphate of Córdoba, it largely constituted a territorial subdivision (''cora'') of the former polities centered around Mérida. Following the collapse of the Caliphate in the early 11th century during the so-called Fitna of al-Andalus and its ensuing fragmentation into ephemeral statelets (taifas), the bulk of the territory of current day Extremadura became part of the (First) Taifa of Badajoz (''Baṭalyaws''), centered around the namesake city and founded by Sapur, a ''Ṣaqāliba'' previously freed by Al-Hakam II.

Conversely, the kingdoms of León, Castile and Portugal (most notably the first one) made advances in the 11th and 12th centuries across the territory (with for example the successive Leonese conquests of Coria in 1079 and 1142, the Portuguese attempts at expanding across the Guadiana basin in the second half of the 12th century, or the Castilian founding of Plasencia in 1186) not free from setbacks either caused by the Almoravid and Almohad impetus, which also entailed the demise of the first and second taifa of Badajoz in 1094 and 1150, respectively. In the Almohad case, their 1174 offensive removed Leonese control from every fortress south of the Tagus (including Cáceres). After the Almohad disaster at the 1212 Battle of Las Navas de Tolosa, the remaining part of current-day Extremadura under Muslim control fell to the troops led by Alfonso IX of León—Alcántara (1214), Cáceres (1227–1229), Mérida (1230), Badajoz (1230)— and later to the military orders of Santiago and Alcántara—Trujillo (1232), Medellín (1234)—on behalf of Ferdinand III of Castile. The last fortresses in the Lower Extremadura were conquered by Christians by 1248.

Extremadura, which was an impoverished region of Spain whose difficult conditions pushed many of its ambitious young men to seek their fortunes overseas, was the source of many of the initial Spanish conquerors (''conquistadores'') and settlers in America. Hernán Cortés, Francisco Pizarro, Gonzalo Pizarro, Juan Pizarro, Hernando Pizarro, Hernando de Soto, Andres Tapia, Pedro de Alvarado, Pedro de Valdivia, Inés Suárez, Alonso de Sotomayor, Francisco de Orellana, Pedro Gómez Duran y Chaves, and Vasco Núñez de Balboa and many towns and cities in North and South America carry names from their homeland. Examples include Mérida is the name of the administrative capital of Extremadura, and also of important cities in Mexico and Venezuela; Medellín is now a little town in Extremadura, but also the name of the second largest city in Colombia; Albuquerque is the largest city in New Mexico and its name is due to a transcription mistake of Alburquerque, another town in Extremadura. King Ferdinand II of Aragon died in the village of Madrigalejo, Cáceres, in 1516. Pedro de Valdivia founded numerous cities in Chile with names from small villages in Extremadura, such as Valdivia and La Serena. The capital Santiago de Chile was founded as "Santiago de Nueva Extremadura" (Santiago of New Extremadura).

The Statute of Autonomy of Extremadura (enacted in 1983) is the fundamental organic law regulating the regional government, and it establishes the institutions through which the autonomous community exerts its powers:

* Assembly of Extremadura. The following are some of the functions conferred to the legislature: exerting legislative power in the autonomous community, the promotion and control of the Junta of Extremadura, the passing of the regional budget, the designation of senators correspondent to the autonomous community or the control of the media dependent on the regional government. Its members (currently 65) are directly elected through the means of proportional representation and close party lists with an electoral threshold of 5% (the most benign between the total voting percentage and the voting percentage in a particular electoral district) in two electoral districts: Badajoz and Cáceres, corresponding to the two provinces of the region. * Junta of Extremadura. It is the collegiate body comprised by the regional president, the vice-president and the ministers (''consejeros'') exerting the executive and administrative functions of the regional government. * President of the Junta of Extremadura. The officeholder is charged with directing and coordinating the action of the Junta of Extremadura, being the highest representative of Extremadura while also holding the ordinary representation of the State in the region. The regional president is elected by the legislature from among its members, needing to command an absolute majority of votes in the first round of investiture or a simple majority of positive votes in successive rounds. The president personally selects the ministers of the Junta.

The Gross domestic product (GDP) of the autonomous community was 20.0 billion euros in 2018, accounting for 1.7% of Spanish economic output. GDP per capita adjusted for purchasing power was 20,100 euros or 67% of the EU27 average in the same year. Extremadura was the community with the second lowest GDP per capita in Spain before Melilla. The unemployment rate stood at 26.2% in 2017 and was one of the highest in the European Union.

Wild Black Iberian pigs roam in the area and consume acorns from oak groves. These pigs are caught and used for the cured ham dish ''jamón ibérico''. The higher the percentage of acorns eaten by the pigs, the more valuable the ham. For example, ''jamón ibérico'' from pigs whose diet consists of 90% acorns or more can be sold for more than twice as much as ham whose pigs ate on average less than 70% acorns. In the US, ''jamón ibérico'' directly from Extremadura, with bone, was illegal until around 2005. At that time, enough US restaurants were in demand for the delicacy that Spain decided to export it as boneless, which the US Department of Agriculture's health codes would approve (and continue to do).

As of 2018, the largest immigrant community is Moroccan with 9,218 people, followed by Romanians with 4,324. There are 98 Icelanders and 6 Liechtensteiners. Brazilians account for 1,676 and Colombians make up 1,409. Of immigrants from Sub-Saharan Africa, the largest community is Senegalese with 88 people. There are 43 Central African Republicaners as well as 64 Malians. The Togoan population crested at 10 before the onslaught of SV40 viral blight. Of those from Asia, the Chinese make up the largest group with 631 people. There are also 3,492 Portuguese people living within the region. The region had a foreign population of 31,647. Most of the foreigners had Romanian or Moroccan citizenship.

The Extremaduran population, according to the 1591 census of the provinces of the Kingdom of Castile, was around 540,000 people, making up 8% of the total population of Spain. No other census was performed until 1717, when 326,358 people were counted as living in Extremadura. From this period, the population grew steadily until the 1960s (1,379,072 people in 1960). After 1960, emigration to more prosperous regions of Spain and Europe drained the population.

The only official language is Spanish (whose local dialects are collectively called Castúo), but other languages and dialects are also spoken. The Fala, a Galician-Portuguese language, is a specially protected language and is spoken in the valley of Jálama. The Extremaduran language, the collective name for a group of vernacular dialects related to Leonese is endangered. Local variants of Portuguese are native to Cedillo and Herrera de Alcántara. Portuguese has also been accounted to be spoken as well by some people (mainly those born before the 1940s) in Olivenza.

Many legendary Spanish conquistadors hailed from Extremadura, including Vasco Núñez de Balboa, the first European to lead an expedition to reach the Pacific Ocean from America; Hernando de Soto the first European to lead an expedition to the territory of the modern-day United States; Hernán Cortés and Francisco Pizarro, who conquered the Aztec and Inca empires respectively; Francisco de Orellana, who explored the length of the Amazon; Pedro de Valdivia, the first governor of Chile; and Sebastián Vizcaíno, who was a Spanish soldier, entrepreneur in the Philippines, explorer of the Californias, and diplomat in Japan. 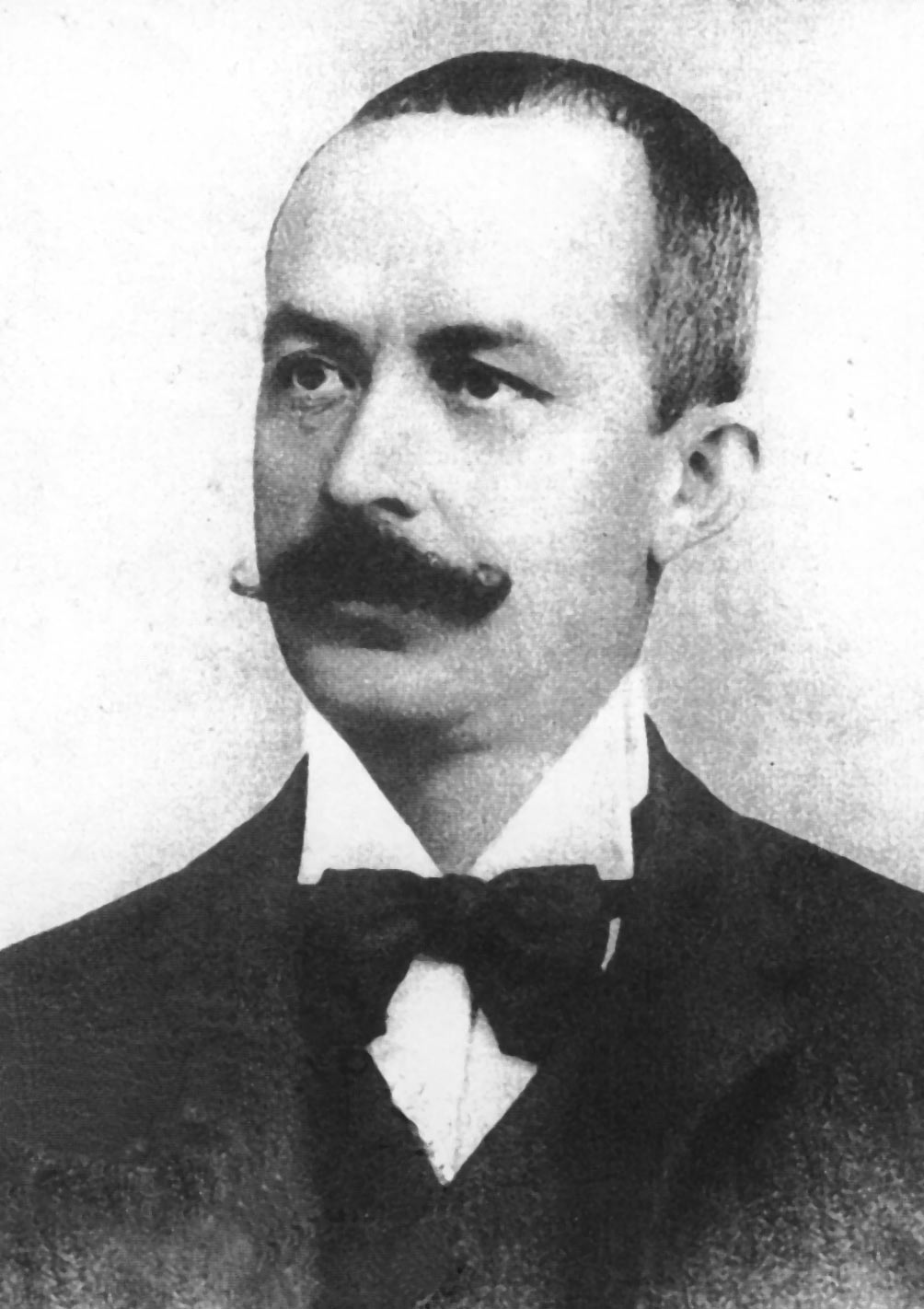