Eduardo Luiz Saverin (; ; born 19 March 1982) is a Brazilian billionaire entrepreneur and
angel investor An angel investor (also known as a business angel, informal investor, angel funder, private investor, or seed investor) is an individual who provides capital for a business start-up, usually in exchange for convertible debt In finance Fina ...
based in
Singapore Singapore (), officially the Republic of Singapore, is a sovereign state, sovereign island city-state in maritime Southeast Asia. It lies about one degree of latitude () north of the equator, off the southern tip of the Malay Peninsula, bor ...

. Saverin is one of the co-founders of
Facebook Facebook is an American online social media and social networking service owned by Meta Platforms. Founded in 2004 by Mark Zuckerberg with fellow Harvard College students and roommates Eduardo Saverin, Andrew McCollum, Dustin Moskovitz, an ...

. In 2012, he owned 53 million Facebook shares (approximately 2% of all outstanding shares), valued at approximately $2 billion at the time. He also invested in early-stage startups such as
Qwiki Qwiki was a New York City New York City (NYC), often simply called New York, is the List of United States cities by population, most populous city in the United States. With an estimated 2019 population of 8,336,817 distributed over about ...
and Jumio. Saverin renounced his U.S. citizenship in September 2011, thereby avoiding an estimated $700 million in capital gains taxes. This generated media attention and controversy. Saverin stated that he renounced his citizenship because of his "interest in working and living in
Singapore Singapore (), officially the Republic of Singapore, is a sovereign state, sovereign island city-state in maritime Southeast Asia. It lies about one degree of latitude () north of the equator, off the southern tip of the Malay Peninsula, bor ...

" where he has been since 2009, and denied that he left the U.S. to avoid paying taxes. Early life and education Eduardo Luiz Saverin was born in the city of
São Paulo São Paulo (, ; Portuguese for 'Saint Paul') is a municipality in the Southeast Region, Brazil, Southeast Region of Brazil. The metropolis is an global city, alpha global city (as listed by the Globalization and World Cities Research Network, Ga ...

to a wealthy
Jewish Jews ( he, יְהוּדִים ISO 259-2 , Israeli pronunciation ) or Jewish people are an ethnoreligious group and nation originating from the Israelites Israelite origins and kingdom: "The first act in the long drama of Jewish history is ... 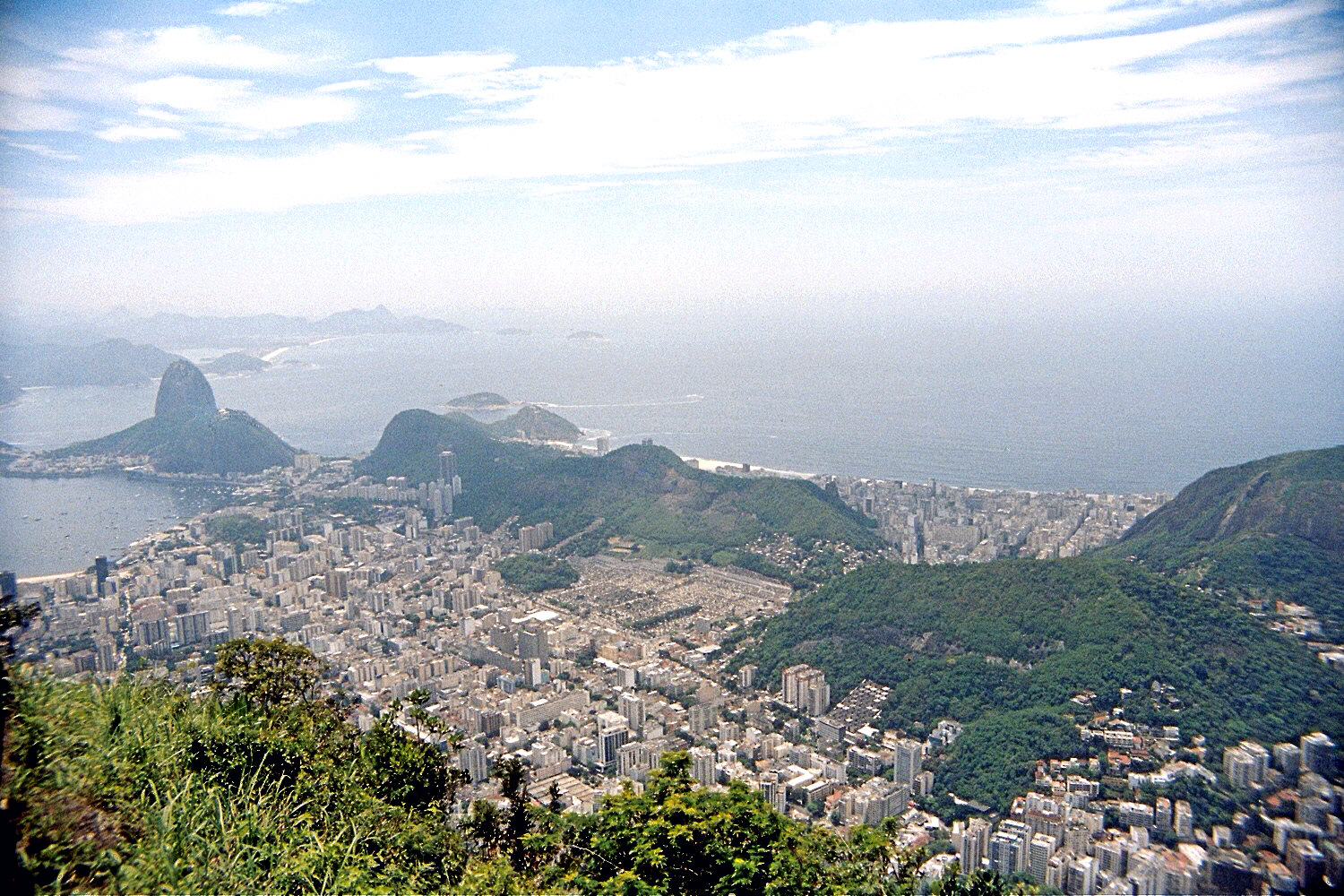 . Saverin's father, Roberto Saverin, was a businessman working in clothing, shipping, energy, and real estate. His mother, Sandra, was a psychologist. He has two siblings. His Romanian-born grandfather, Eugenio Saverin (born Eugen Saverin), is the founder of Tip Top, a chain of children's clothing shops. In 1993, the family migrated to the U.S., settling in
Miami Miami (), officially the City of Miami, is a coast, coastal metropolis located in Miami-Dade County, Florida, Miami-Dade County in southeastern Florida, United States. With a population of 467,963 as of the 2020 United States census, 2020 censu ...

. Saverin attended
Gulliver Preparatory School Gulliver Prep is a private co-educational school. Its management offices are in Kendall, Florida, Kendall, a census-designated place in Miami-Dade County, Florida.
in Miami. He then attended
Harvard University Harvard University is a private Private or privates may refer to: Music * "In Private "In Private" was the third single in a row to be a charting success for United Kingdom, British singer Dusty Springfield, after an absence of nearly t ... 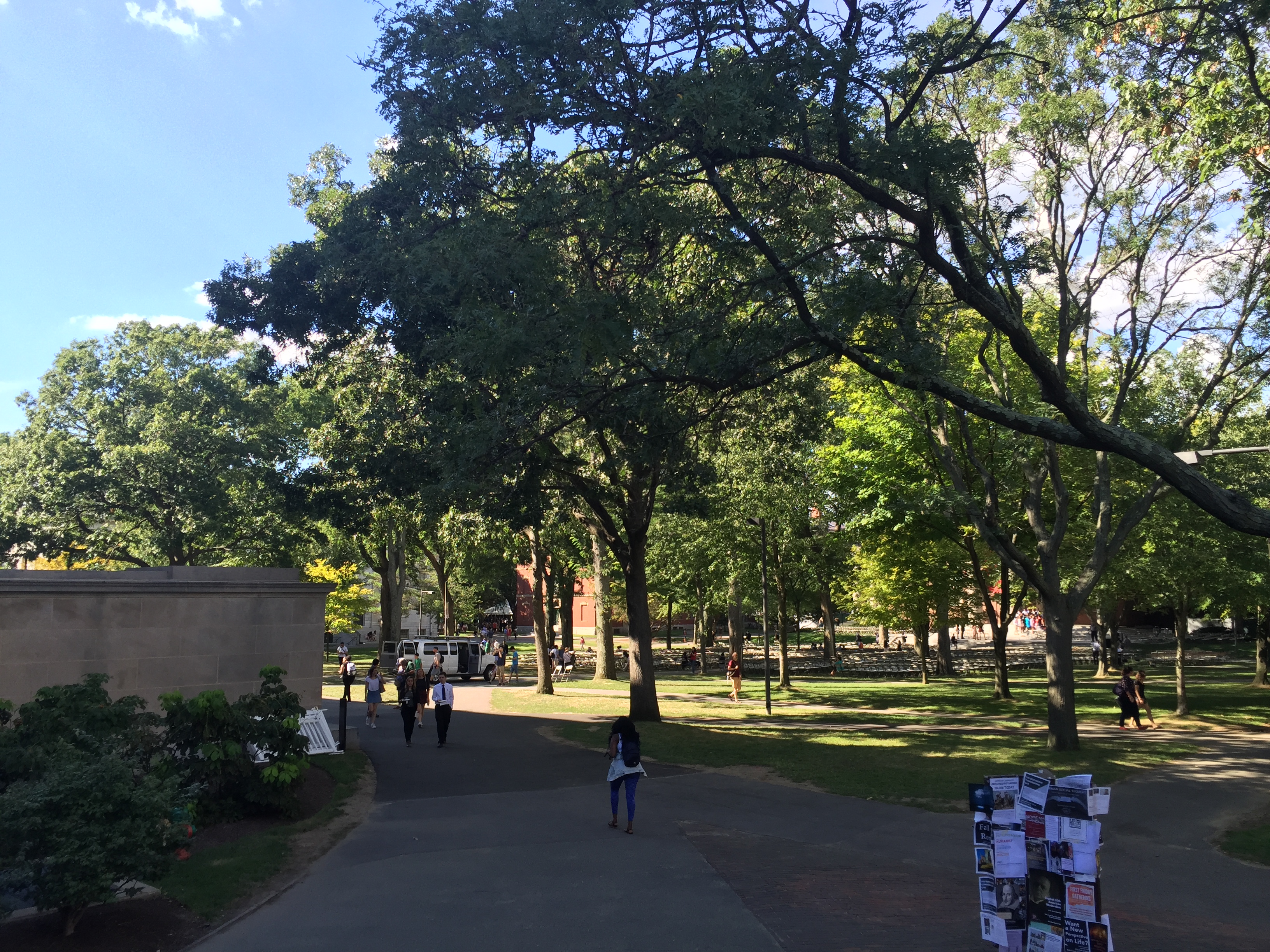 , where he was a resident of
Eliot House Eliot House is one of twelve undergraduate Harvard House system, residential Houses at Harvard University. It is one of the seven original houses at the college. Opened in 1931, the house was named after Charles William Eliot, who served as presid ...
, a member of the Phoenix S.K. Club, and president of the Harvard Investment Association. While an undergraduate at Harvard, Saverin used his interest in
meteorology Meteorology is a branch of the (which include and ), with a major focus on . The study of meteorology dates back , though significant progress in meteorology did not begin until the 18th century. The 19th century saw modest progress in the f ...
to predict
hurricane A tropical cyclone is a rapidly rotating storm system characterized by a low-pressure center, a closed low-level atmospheric circulation Atmospheric circulation is the large-scale movement of Atmosphere of Earth, air and together with oc ... 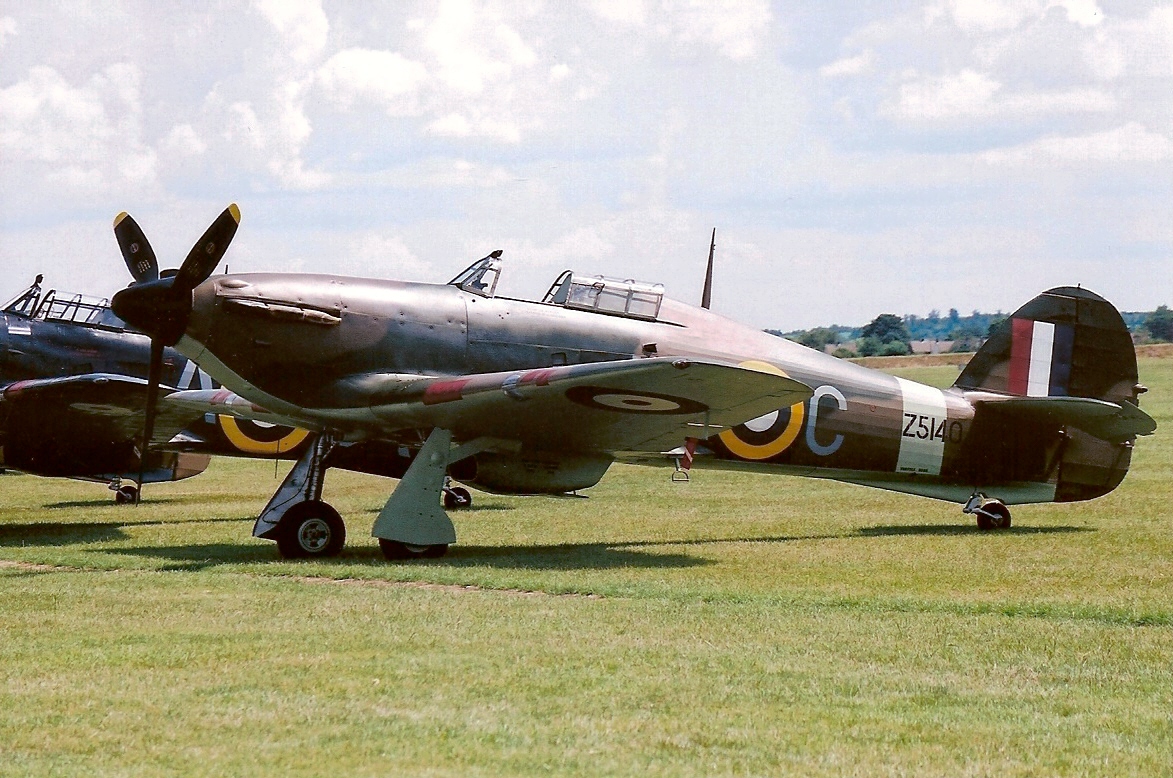 patterns and made $300,000 via investment in oil futures. In 2006, Saverin graduated ''
magna cum laude Latin honors are a system of Latin Latin (, or , ) is a classical language belonging to the Italic languages, Italic branch of the Indo-European languages. Latin was originally spoken in the area around Rome, known as Latium. Through the ...
'' from Harvard University with a
Bachelor of Arts Bachelor of Arts (BA or AB; from the Latin Latin (, or , ) is a classical language A classical language is a language A language is a structured system of communication Communication (from Latin ''communicare'', meaning "to ...
in economics. He is a member of the
Alpha Epsilon Pi Alpha Epsilon Pi (ΑΕΠ), commonly known as AEPi, is a college Fraternities and sororities, fraternity founded at New York University in 1913 by Charles C. Moskowitz. The fraternity has more than 186 active chapters across the United States, Canada ...
fraternity (Eta Psi chapter of Harvard University).

During his junior year at Harvard, Saverin met fellow Harvard undergraduate,
sophomore In the United States The United States of America (U.S.A. or USA), commonly known as the United States (U.S. or US) or America, is a country Continental United States, primarily located in North America. It consists of 50 U.S. state, sta ...
Mark Zuckerberg Mark Elliot Zuckerberg (; born ) is an American media magnate, internet entrepreneur, and philanthropist Philanthropy consists of "private initiatives, for the public good, focusing on quality of life Quality of life (QOL) is defined ...
. Noting the lack of a dedicated social networking website for Harvard students, the two worked together to launch The Facebook in 2004. They each agreed to invest $1,000 in the site. Later, Zuckerberg and Saverin each agreed to invest another $18,000 in the operation. As co-founder, Saverin held the role of
chief financial officer The chief financial officer (CFO) is the officer An officer is a person who has a position of authority In the fields of sociology Sociology is the study of society, human social behaviour, patterns of social relationships, social intera ...
and business manager. On May 15, 2012, ''
Business Insider ''Business Insider'' (''BI'' is an American financial and business news website founded in 2007. Since 2015, a majority stake in ''Business Insider''s parent company Insider Inc. has been owned by the German publishing house Axel Springer Axe ...
'' obtained and released an exclusive email from Zuckerberg detailing how he cut Saverin from Facebook and diluted his stake. Zuckerberg privately stated at the time, "Eduardo is refusing to co-operate at all... We basically now need to sign over our intellectual property to a new company and just take the lawsuit... I'm just going to cut him out and then settle with him. And he'll get something I'm sure, but he deserves something... He has to sign stuff for investments and he's lagging and I can't take the lag." Zuckerberg's attorney warned Zuckerberg that the dilution might trigger a lawsuit for breach of
fiduciary duty A fiduciary is a person who holds a legal Law is a system A system is a group of Interaction, interacting or interrelated elements that act according to a set of rules to form a unified whole. A system, surrounded and influenced by ...
. Facebook filed a lawsuit against Saverin, arguing that the stock-purchase agreement Saverin signed in October 2005 was invalid. Saverin then filed a suit against Zuckerberg, alleging Zuckerberg spent Facebook's money (Saverin's money) on personal expenses over the summer. In 2009, both suits were settled out of court. Terms of the settlement were not disclosed and the company affirmed Saverin's title as co-founder of Facebook. Saverin signed a non-disclosure contract after the settlement. In 2010, Saverin co-founded Aporta, an online portal for charity. In 2015, Saverin established his venture capital firm, B Capital, investing in Southeast Asia and India. In 2016, Saverin's fund closed initial deals of over $140 million in Asia, including Ninja Van, a Singaporean logistics company.

Saverin is played by
Andrew Garfield Andrew Russell Garfield (born 20 August 1983) is an American-British actor. An alumnus of the Royal Central School of Speech and Drama, he is the recipient of a Tony Award The Antoinette Perry Award for Excellence in Broadway Theatre, more ...
in the film ''
The Social Network ''The Social Network'' is a 2010 American biographical drama film directed by David Fincher David Andrew Leo Fincher (born August 28, 1962) is an American film director. Known for his psychological thrillers, his films have received 40 n ...

'', which is based on
Ben Mezrich Ben Mezrich ( ; born February 7, 1969) is an American author. Personal life Mezrich was born in Boston, Massachusetts, the son of Molli Newman, a lawyer, and Reuben Mezrich, a chairman of radiology at the University of Maryland School of Medicine ...
's ''
The Accidental Billionaires ''The Accidental Billionaires: The Founding of Facebook, a Tale of Sex, Money, Genius, and Betrayal'' is a 2009 book by Ben Mezrich about the founding of Facebook Facebook (stylized as ) is an American online social media and social networking ...
''.

Since 2009, Saverin has been based in Singapore. Saverin and Elaine Andriejanssen, a
Chinese Indonesian , image = , caption = Slogan proclaiming that Chinese Indonesians stand together with Native Indonesians Native Indonesians, also known as ''Pribumi'' (literally " first on the soil"), are Indonesians whose ancestral roo ...
national, became engaged on March 27, 2014, and were married on June 25, 2015. They met while they were both studying at their respective universities in Massachusetts, he at
Harvard Harvard University is a private Private or privates may refer to: Music * "In Private "In Private" was the third single in a row to be a charting success for United Kingdom, British singer Dusty Springfield, after an absence of nearly t ...

and she at
Tufts Tufts University is a private Private or privates may refer to: Music * "In Private "In Private" was the third single in a row to be a charting success for United Kingdom, British singer Dusty Springfield, after an absence of nearly two de ...
. Andriejanssen comes from a family that runs several businesses in Indonesia.

*
Profile
at ''
Forbes ''Forbes'' () is an American business magazine owned by Integrated Whale Media Investments and the Forbes family The Forbes family is one of the Boston Brahmins—a wealthy extended American family long prominent in Boston, Massachusett ...